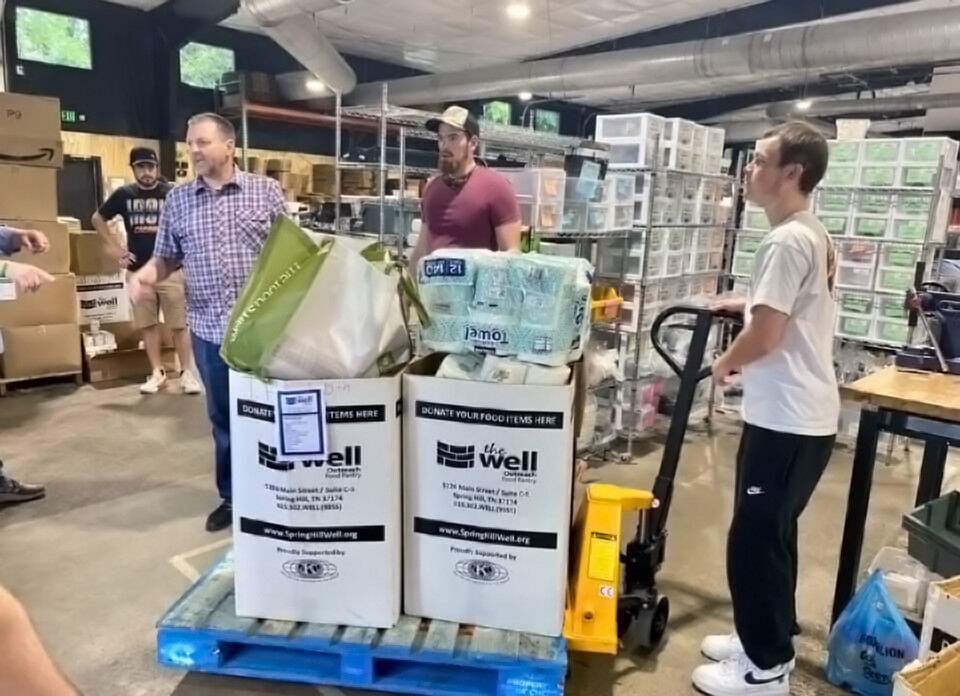 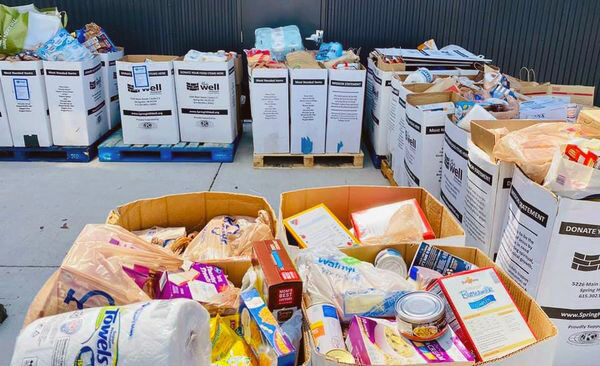 The food donation will help provide a week's worth of food for at least 81 families.

Groove Life has been a long-standing partner of The Well, having helped support the nonprofit moving into its new facility on Main Street last in the spring of 2020. Groove Life's latest contribution, Sassen said, was just another example of the manufacturer being "a great community partner."

"So [Groove Life] had called us and asked us to be part of a giving devotional, and as part of that devotional they announced a company-wide food drive at Groove Life," Sassen said.

"The main thing is that when we get donations like this, it just takes the burden off of The Well of trying to come up with food. So when we get 8,172 pounds, it's going to be enough to feed our guests for an entire week and so we can spend our time and effort doing other things."

According to Sassen, The Well serves, on average, anywhere from 100-125 families a week. As each family receives anywhere from 80-100 lbs. of food a week, Groove Life's donation will cover an entire week's worth of food for 81-102 families.

Founded by Peter Goodwin, Groove Life manufactures silicone wedding rings which are pitched as a safer alternative to metal wedding bands. The company saw a successful crowdfunding launch in December 2015, and is headquartered on School Street in Spring Hill.

In 2020, Groove Life announced a $1.9 million investment into its facility as well as the creation of 76 jobs over the next five years.