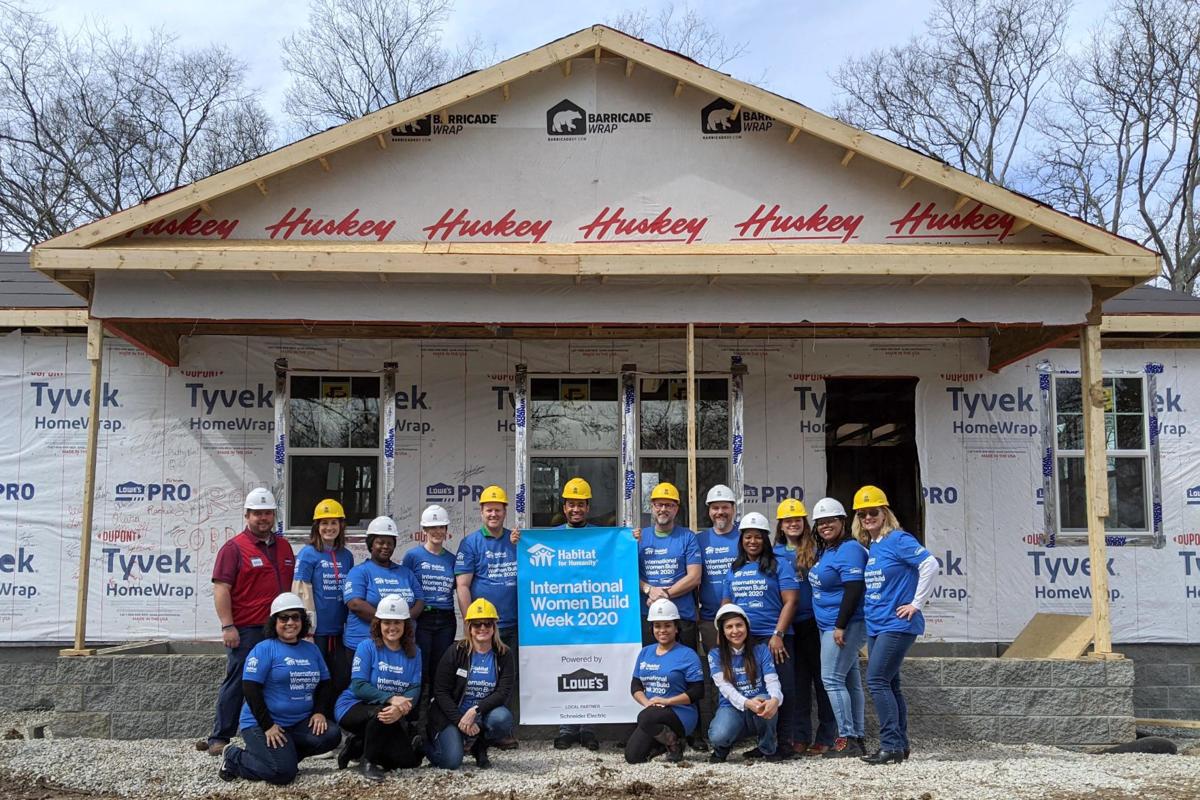 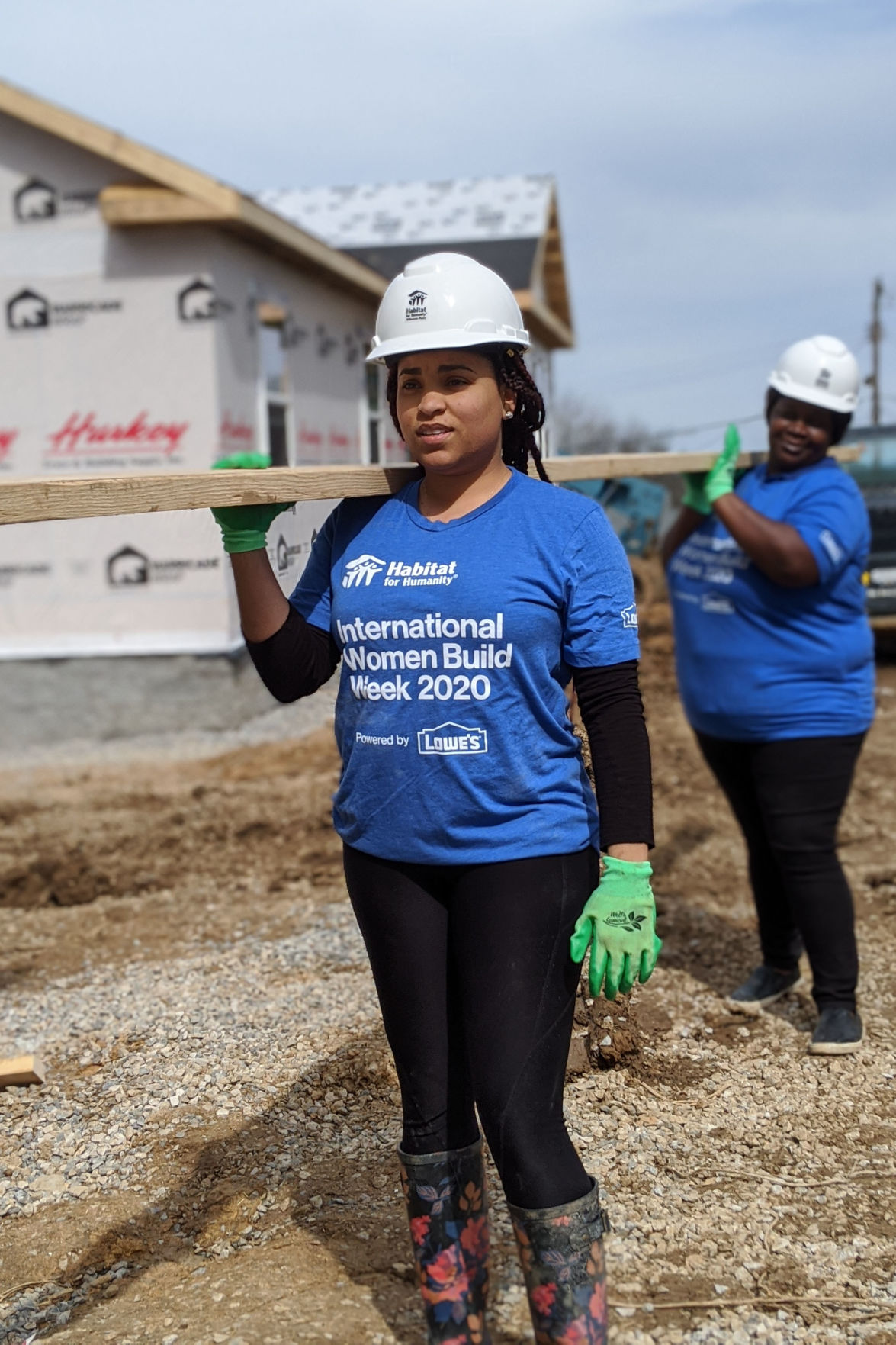 Future homeowners Rebecca and Joshlin carry a beam on the build site.

More than 300 volunteers will be working to construct a home for one Maury County resident as a part of International Women Build Week: an initiative from the nonprofit Habitat for Humanity that both equips women with valuable construction skills and spotlights the need for "safe and affordable housing."

Habitat for Humanity International, Lowe’s and approximately 6,000 women volunteers united in more than 235 communities in the United States, India and Canada for International Women Build Week from March 1-8 to highlight the global need for safe and affordable housing. A prelude to International Women’s Day, the global event aims to build and repair nearly 540 homes while raising awareness of housing issues facing women and their families.

Locally, Habitat for Humanity Williamson-Maury is partnering with Lowe’s, Schneider Electric, and volunteers to construct its 11th Annual Women Build home in Columbia from March to May. Funds raised from sponsors, individual donors, and the Hammers & High Heels fundraiser help pay for the $70,000 for the cost of “bricks and sticks” to build the home, covering everything from the foundation to the kitchen sink.

More than 300 volunteers, 70% of them women, will come together over eight weeks to build alongside a family in need of affordable housing. Volunteers will put in 2,400+ labor hours to make the dream of home ownership a reality for the 2020 Women Build future homeowner, Rebecca Lee.

Lee’s family moved to Tennessee from Michigan in 2002.

“My siblings and I learned hard work, integrity and loyalty from our parents,” Rebecca said.

Her father was a US Navy veteran and worked for Jones Company, building homes all over Middle Tennessee, and her mother worked as an Arabic translator at Ft. Knox, Ky. Rebecca works as a hygienist at Heartland Dental.

“I want to pass on the values that my parents instilled in us to my son Xavier (4). I want to provide him with a stable environment,” she said. “Habitat gives people who are trying to better themselves an opportunity. I am so appreciative to everyone who will be part of my build.”

Columbia Lowe’s Store Manager Ben Hazard has worked for the home improvement company for the last 22 years and has seen the Habitat and Lowe’s partnership all across the nation.

“It is very special to have Habitat building here my hometown,” he explained. “I wouldn’t have missed this chance to be here to support the Women Build. We at Lowe’s are blessed to be part of this.”