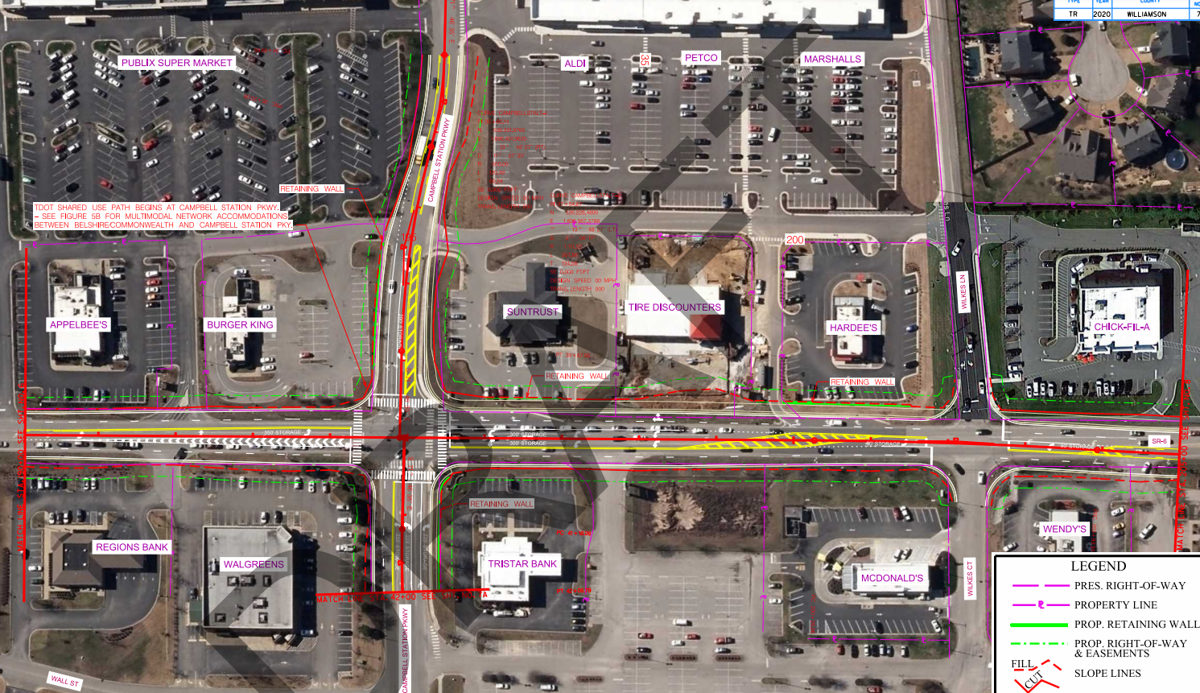 The functional layout draft provided to the city of Spring Hill by the Tennessee Department of Transportation shows the possible design for the expansion of Main Street (U.S. 31). 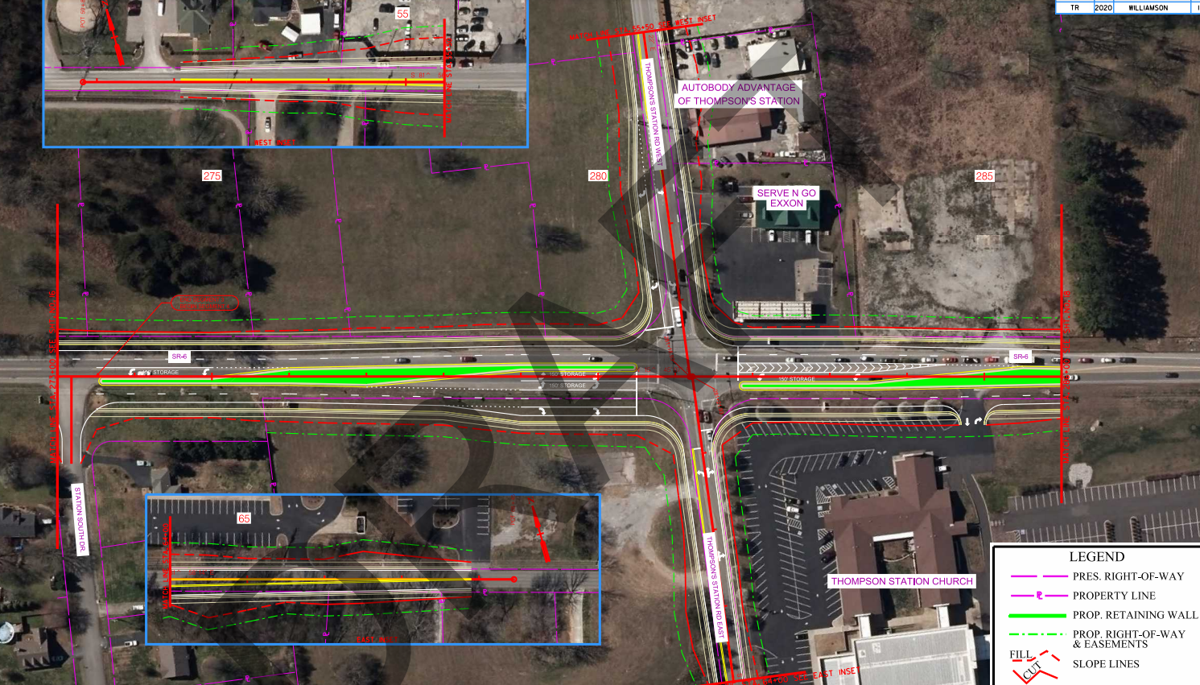 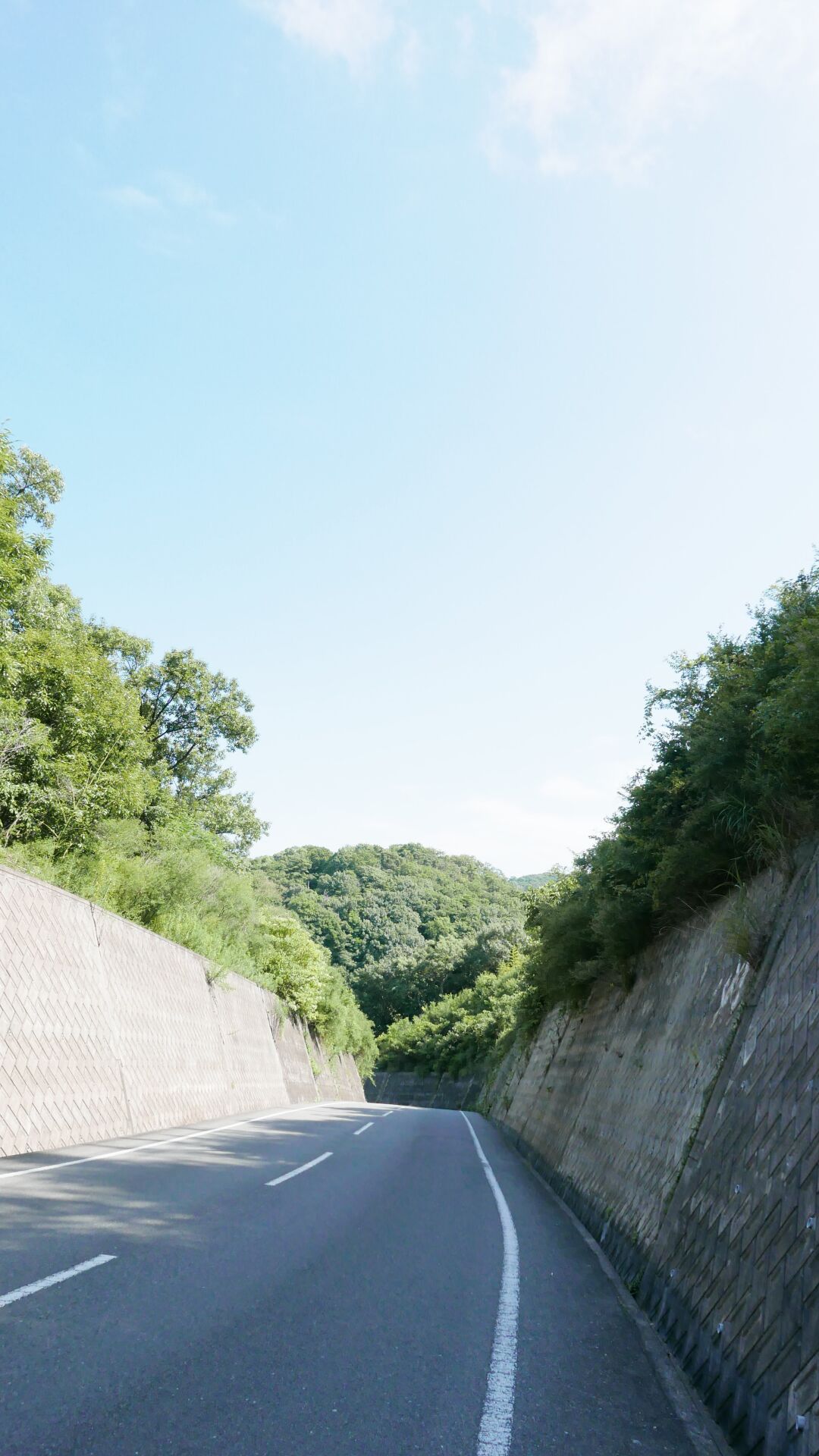 While not always as large as the ones pictured, retainer walls are used for supporting soil when constructing or expanding roadways on ground of varying elevations.

Ask any Spring Hill resident what their largest grievance is about living in the city, and traffic is likely to be one of the most common complaints.

Spring Hill leaders are well aware of the city's shortcoming when it comes to infrastructure, and have for years been chipping away at one road project or another - Duplex Road's completion being one recent notable accomplishment in that area.

And while improvements on Buckner Road and Buckner Lane, as well as the creation of a new I-65 interchange, are well under way, perhaps one of the most congested roads in the city is Main Street.

Also known as U.S. 31, Main Street acts as a main corridor for the city, stretching all the way from its southern to northern border.

Having been in talks to be widened for years, Spring Hill residents scored a victory in 2019 after the state placed the U.S. 31 widening project on its three-year transportation plan. Just last week, the city received its first draft report on the project from the Tennessee Department of Transportation (TDOT).

While not yet publicly released, last week also saw the release of the project's functional layout drafts, something Alderman Matt Fitterer suggested would likely be "remarkably similar" to the first draft report.

In the functional layout drafts, TDOT outlines how Main Street could be widened from two to five lanes all the way from Duplex Road to Tollgate Boulevard in Thompson's Station.

The design calls for multiple retaining walls along the more than five-mile stretch of road, with the widening often butting up directly to various business parking lots.

The project draft also shows multiple improvements to streets running perpendicular to Main Street, such as to Belshire Way, Campbell Station Parkway and more through the installation of more retaining walls and widenings.

Currently, the project is wrapping up its first of five phases, the environmental study phase. The second phase - preliminary engineering - is said by the state to begin by 2022.

To view the functional layout draft in its entirety, click here.