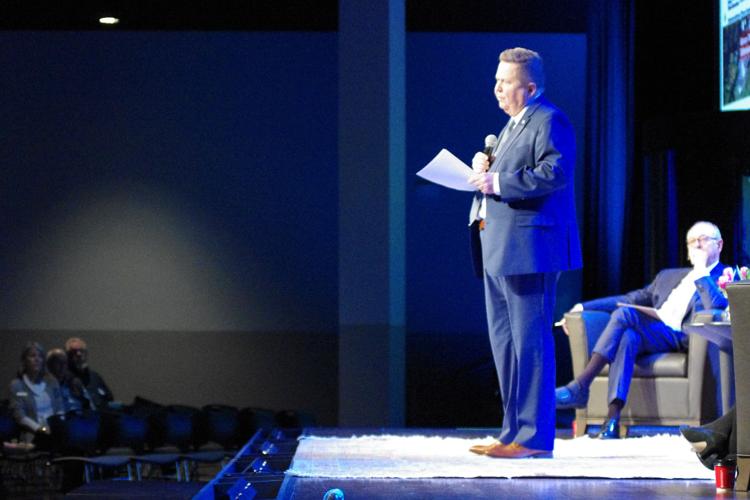 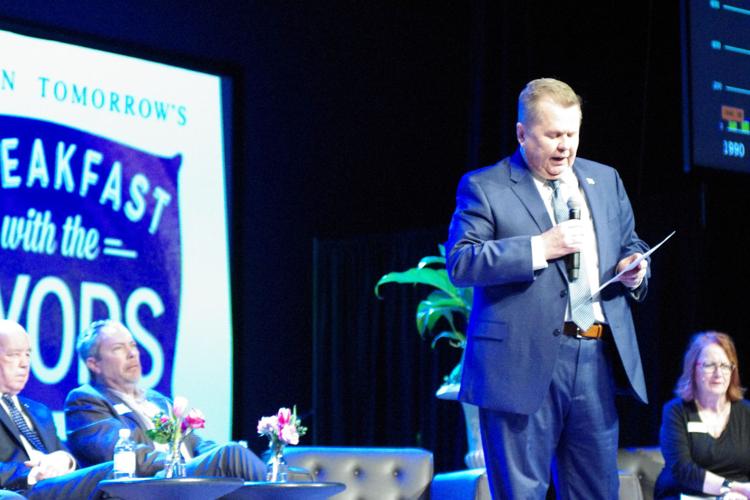 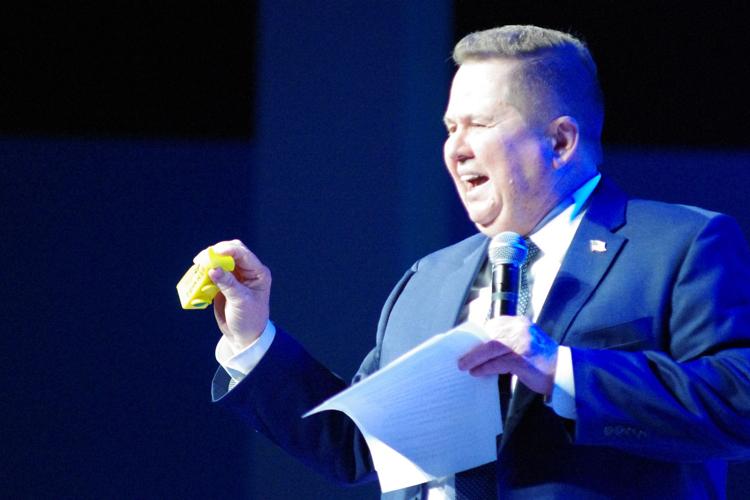 Graham holds a squeezable rear view mirror trinket with the phrase "It'll be worth it" inscribed on it - jokingly encouraging those stuck in Spring Hill traffic to squeeze their own to ease the frustration.

While such growth is typically a good indicator of a city doing all the right things, one aspect Spring Hill has struggled with over the years is keeping up with all that growth in terms of infrastructure - something that was discussed by Mayor Rick Graham in great length Tuesday morning during Franklin Tomorrow's quarterly Breakfast with the Mayors speaking panel in Franklin.

While infrastructure in Spring Hill has seen its fair share of road blocks over the years - both figuratively and literally - 2019 saw a wealth of progress on that front.

The new I-65 interchange is on track to be completed in 2024, the widening of U.S. 31 to five lanes all the way from Duplex Road to the southern border of Thompson’s Station was placed on the state’s three-year priority list, and the Duplex Road widening project is set and ready to be completed by this fall.

While the progress on that front is promising, Graham still expressed concerns that the city’s unprecedented growth could still lead to some speed bumps along the way.

Graham told audience members that in 1990, the city saw just 35 permits for residential developments. In 2005, that number had climbed all the way to 1,451 - something Graham described as the city’s “turbo years.” The 2008 recession saw residential permits plummet to around 180 a year - something Graham called a “godsend” in hindsight, giving infrastructure a short chance to catch up.

“We're back up to 871 permits last year, which concerns us because we do not want to go back into our turbo years while we're still playing catch up,” Graham said. “We understand all too well the consequences of turbo growth, but we do not want to experience no growth either. So we're trying to stay at a moderate level - I call it 'tap the breaks' - so we can hopefully sustain it.”

Graham also pointed out a recent trend in where the residential permits were being pulled.

“The majority of our residential permits in the last few years have switched from Williamson County to Maury County - 75 percent of our 2019 permits were in Maury County,” Graham said. “Just three to four years ago, that was flipped - it was the majority in Williamson.”

In total, the city currently has over $120 million worth of infrastructure projects in the works - something Graham said was why the recent property tax hike was necessary.

“You're probably wondering about the push back from the property tax increase,” Graham, said. “Well, I didn't have anybody come up to complain to me. We've been asking people all along: would you give up one Starbucks a week for better roads and get us caught up? Everybody did.”