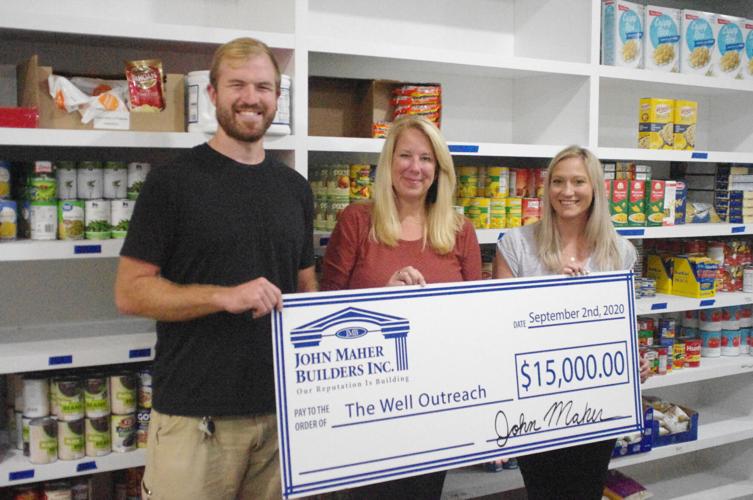 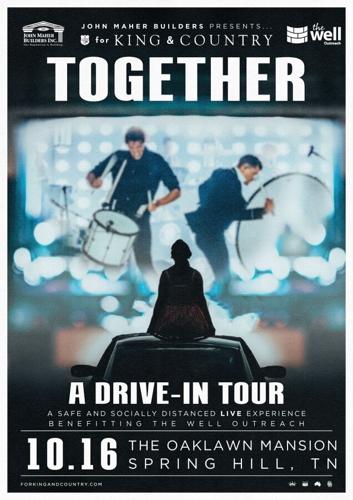 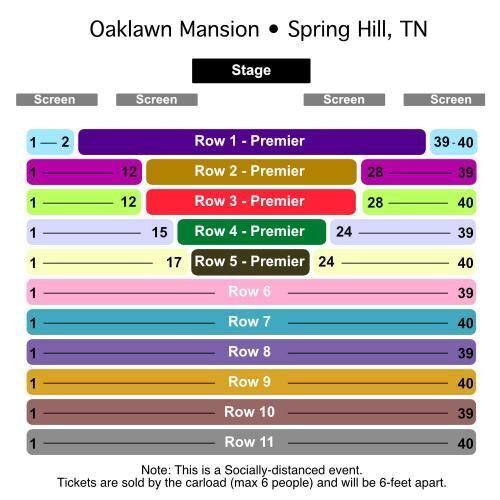 Amid the ongoing coronavirus pandemic, The Well Outreach food pantry in Spring Hill was faced with a difficult decision regarding its annual Whole Hog Festival, the nonprofit’s single largest fundraising event of the year.

After some brainstorming, staff at The Well eventually settled on an event they felt would both match the scale of the Whole Hog Festival and deliver a much-needed moment of unity for the Spring Hill community: a drive-in concert featuring the four-time Grammy award winning Christian pop duo For King & Country.

As has been done in the past, John Maher Builders has partnered with The Well in making this event a reality, and on Tuesday, Jack Maher - son of John Maher - presented The Well with a $15,000 donation.

Maher told the Home Page that while he had been looking forward to helping organize the Whole Hog Festival later this year, both he and The Well staff realized it wouldn’t be the “best idea” considering the health risks posed by the ongoing pandemic.

Nevertheless, Maher said he understood the importance of holding fundraising events for The Well as to help them support those in need.

“Especially in a time like this, The Well is just doing fantastic work,” Maher said.

“With people in so much need right now, I think they need places like The Well and events like this, they need positive things to look forward to. So I think this is a perfect relationship that I think is going to really bear fruit for this community.”

The demand at The Well has increased by tenfold in some cases, making fundraising events such as the drive-in concert more important than ever. It’s this increased demand, said executive director for The Well Shelly Sassen, that led to the nonprofit to come up with the novel idea of a drive-in concert.

“With the Whole Hog Festival being cancelled, we had to pivot and come up with an idea, and so the idea of the drive-in concert was only going to be successful if we got a really big artist,” Sassen said.

“We chose one artist and kind of went after them... we thought it would be a beautiful example of bringing The Well to the community and the community to The Well.”

The drive-in concert will be held at the Oaklawn Mansion property off of Denning Lane, and will have a capacity of 435 cars, or 2,400 people. Tickets for the concert vary between $100 - $350 depending on proximity to the stage, with a maximum of six people allowed per vehicle.

Food trucks will be featured at the event, with attendees encouraged to arrive early. Doors will open at 5 p.m. on Friday, Oct. 16, with the concert beginning at 7 p.m.

With the drive-in concert themed around a sense of ‘togetherness,’ Sasses said that she hopes the event can be more than just a fundraiser, but also a “night of hope for our community.”

“I think we at The Well carry a social responsibility; one, to take care of our neighbors, but also to encourage our community members to give back and to come together in a partnership,” Sassen said.

“So this concert with the theme of 'together' for King and Country just exemplifies exactly what we're about.”