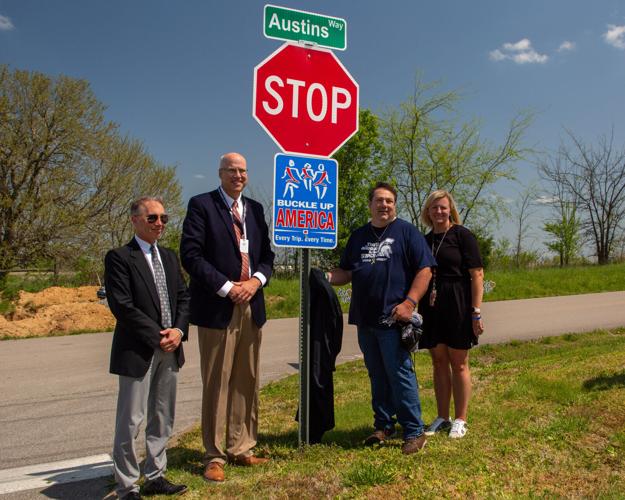 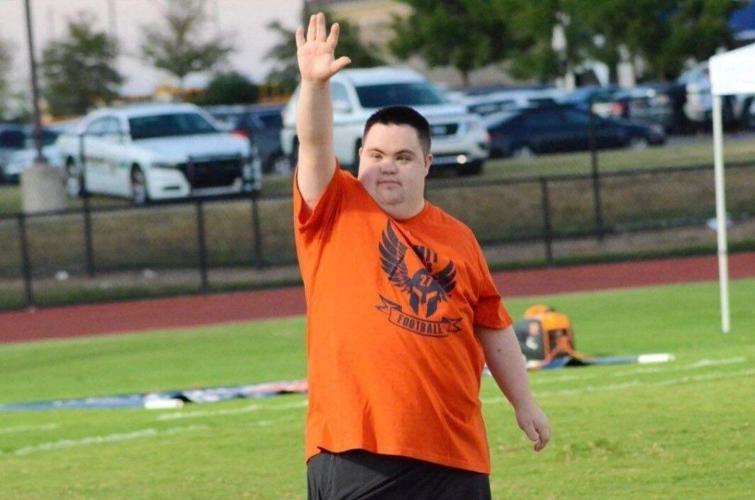 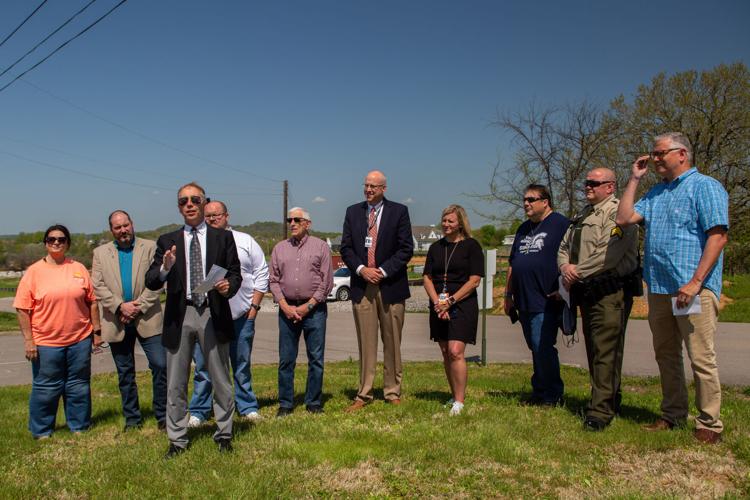 Spring Hill Mayor Jim Hagaman is surrounded by various community leaders as he speaks at the unveiling ceremony for the newly-renamed road 'Austins Way' outside of SHS on April 22, 2022, in honor of late SHS alumnus Austin Corbett. 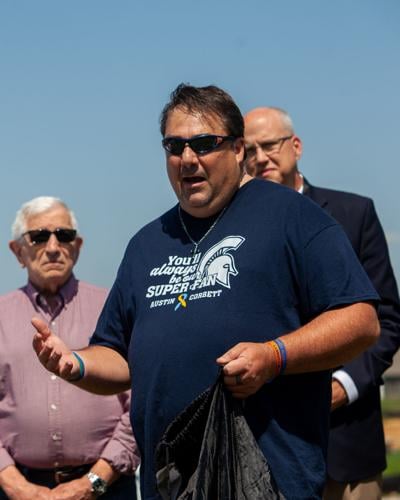 Bill Corbett speaks about the impact of his son Austin during a ceremony unveiling the newly-renamed road 'Austins Way' outside of SHS on April 22, 2022, in honor of late SHS alumnus.

The Spring Hill and Summit High School community gathered outside of Summit High School on Friday to honor SHS graduate Austin Corbett, who died last October at the age of 24, with the renaming of the road in front of the school.

Corbett was a fixture of the Spring Hill and Summit communities, often seen at school sports functions, especially football games, and an outpouring of community support followed his death.

Just weeks after his death, the Spring Hill Board of Mayor and Aldermen voiced support for publicly honoring Corbett and in December 2021 BOMA unanimously approved the renaming of Twin Lakes Drive to Austins Way, a change that was unveiled on Friday.

"By changing the name of this road to Austins Way, that culture that was started with Austin's work and love for the school will become incorporated into the generations that follow," Golden said. "The story of Austin will continue."

Austin's father spoke of his son's love, impact on the community and dedication to the school.