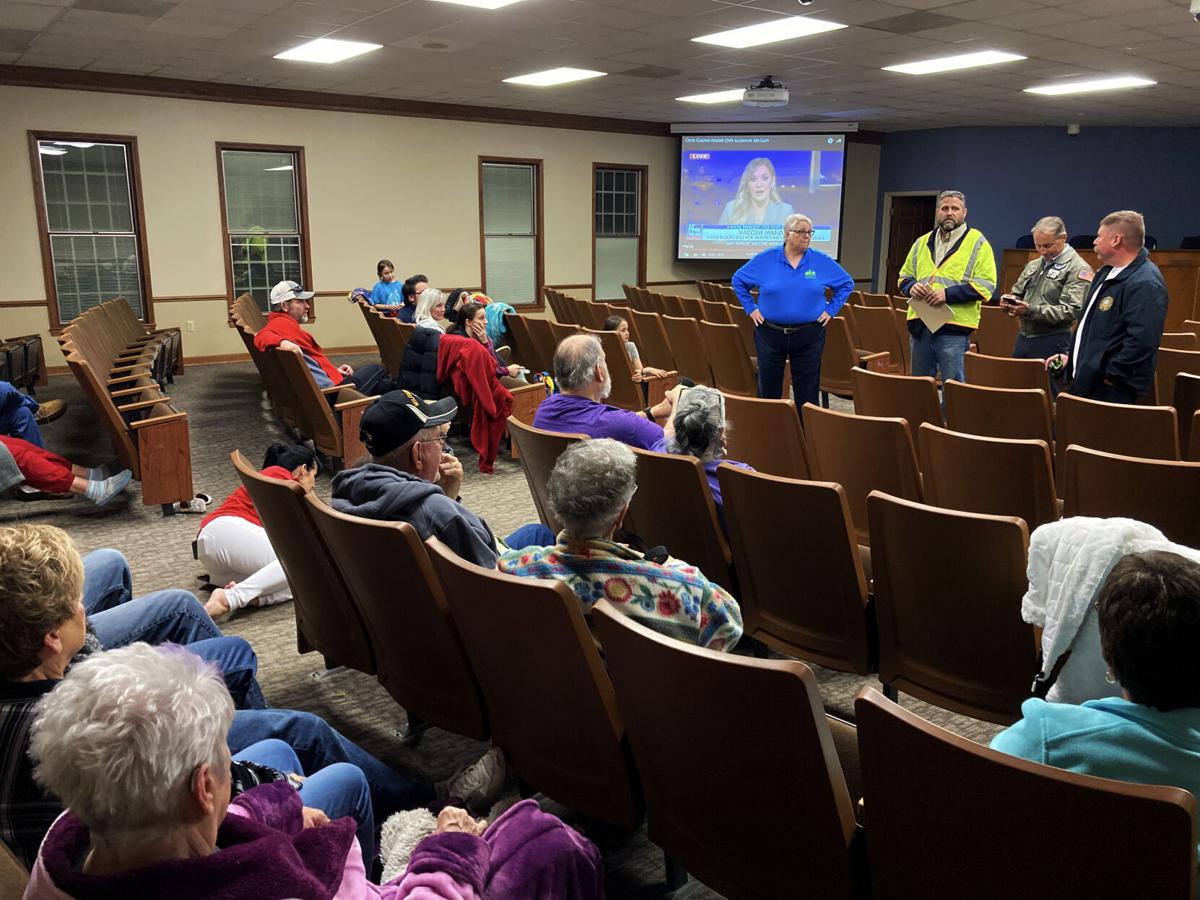 Spring Hill residents who live on Jackson Street are briefed on the gas leak situation after being evacuated to City Hall. 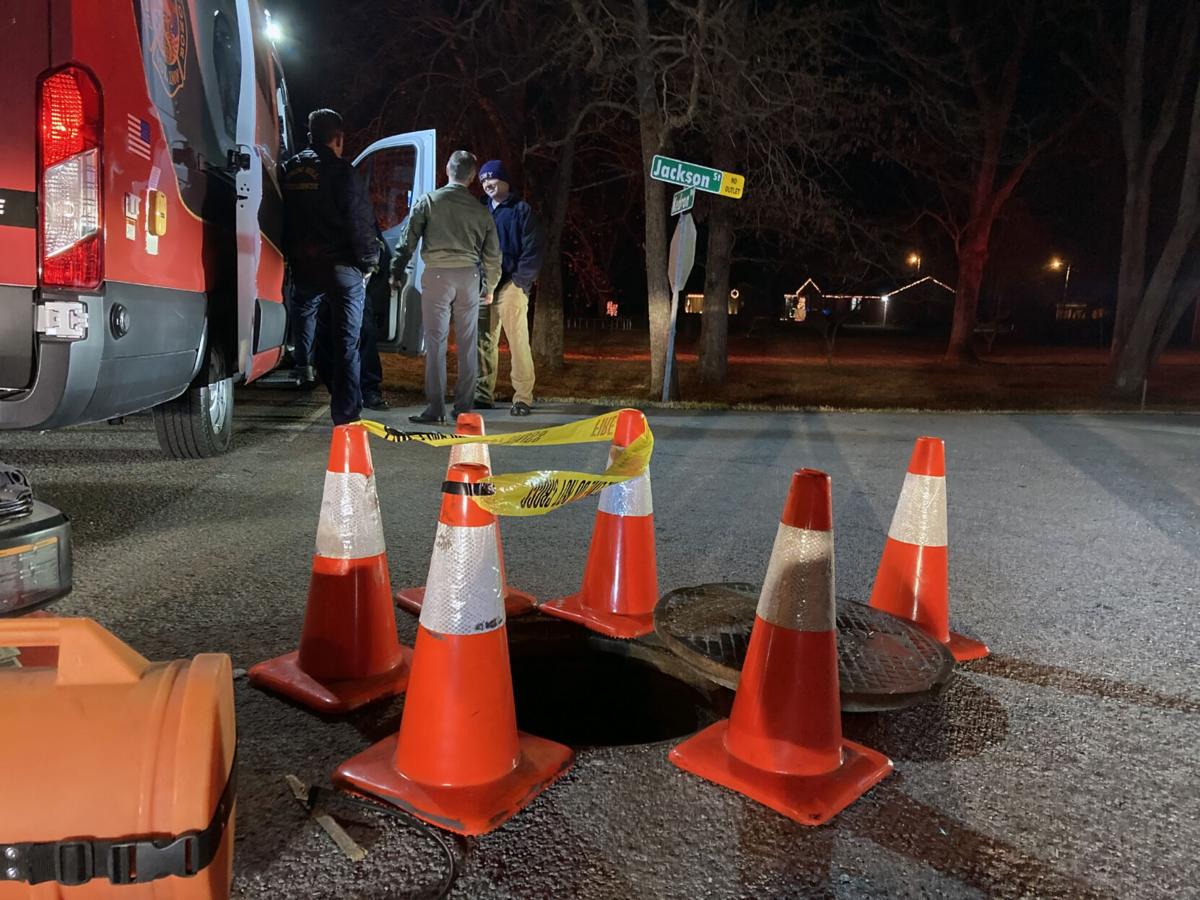 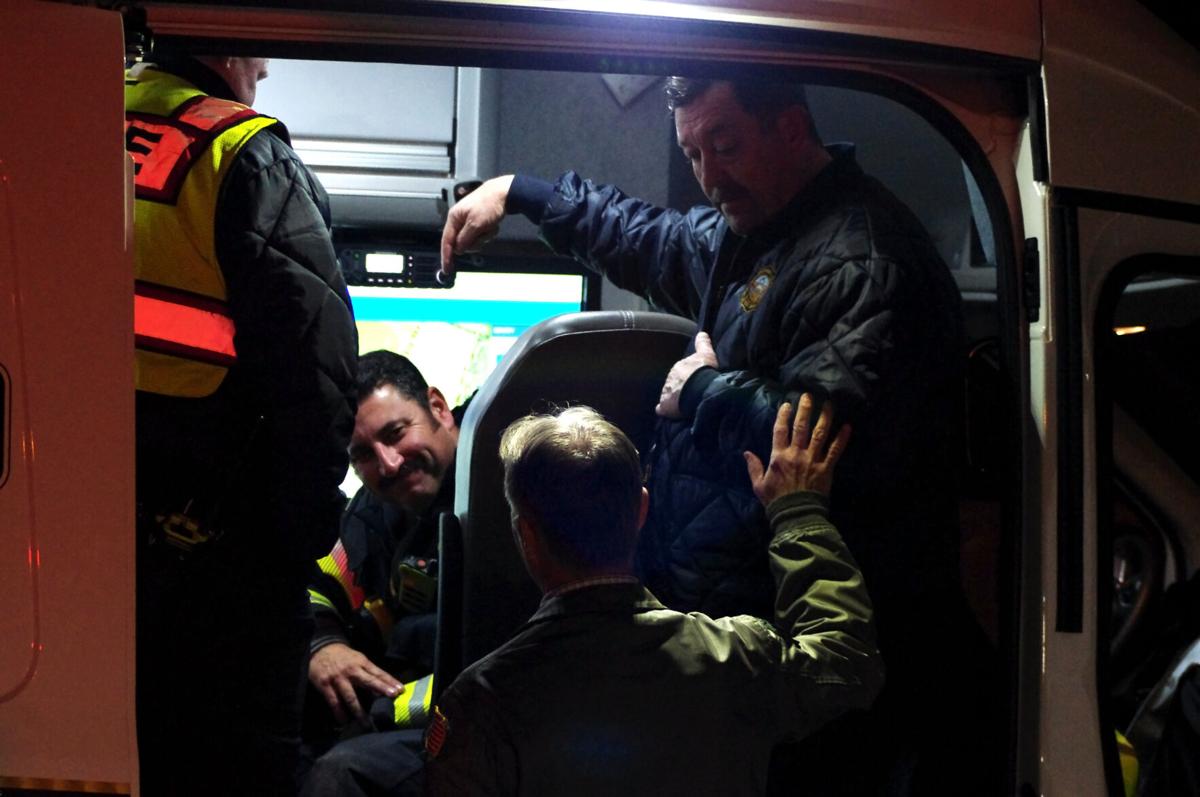 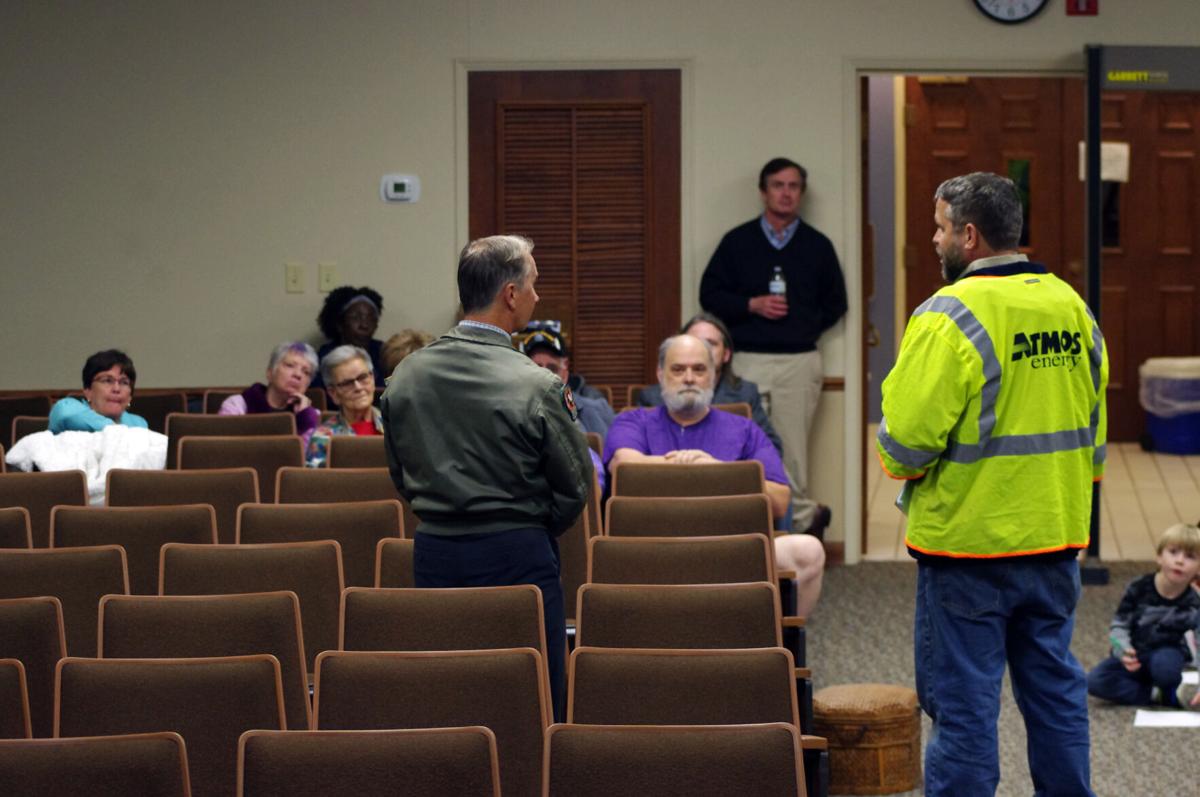 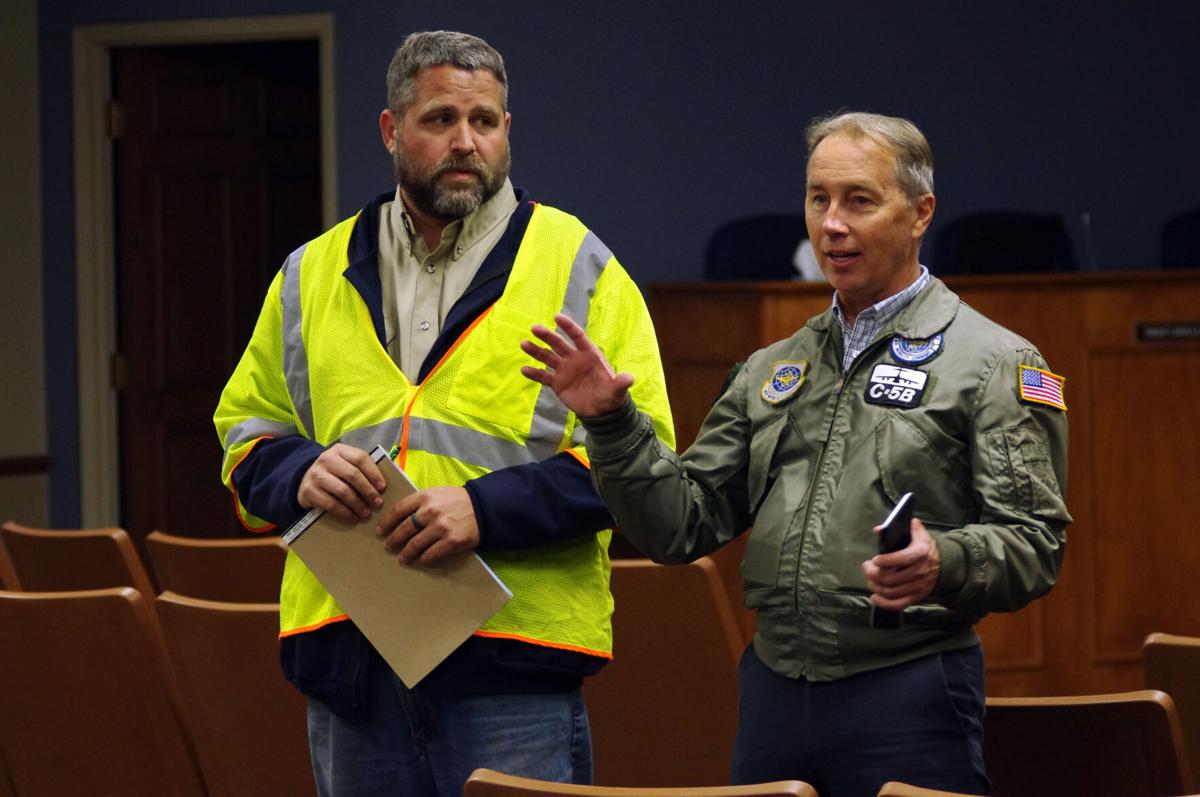 More than 15 Spring Hill residents were evacuated from their homes via a school bus early Tuesday evening after a gas leak was detected on Jackson Road, just southeast of the intersection of Kedron Road and Main Street.

The residents were temporarily housed at City Hall for a few hours before first responders deemed the area safe, and returned home via that same school bus at around 9 p.m.

The leak was first called in at 4:31 p.m. by Spring Hill resident Charlie Rivers, who told the Home Page he smelt a strong odor of gas outside his property. The city's fire department immediately confirmed his suspicions and located the source to be a manhole at the end of Jackson Street.

"When the crews got here they said it was obvious that there's a gas leak to the point that they could taste it," said Spring Hill Fire Chief Terry Hood.

"Once they discovered it was in the manhole, that's when we started notifying our sanitation department, water department and other crews because once it's in the sewer system, that's a bad, bad thing."

Through a joint effort between the Spring Hill Fire Department and Williamson County Emergency Management, a Maury County school bus was arranged to transport the more than a dozen residents living on Jackson Street to City Hall.

Once arrived, the dozen or so residents gathered in the large courtroom ordinarily used for city meetings. Large projection screens in the room, which are typically used to display building plans and city-related presentations, were instead showing the 1969 television special Frosty the Snowman as children ran around and played.

Arriving shortly afterwards were a number of city staff and elected officials to update the residents on the situation at hand.

"We're all working on this issue right now," said Mayor Jim Hagaman to the crowd of residents. "There is still an issue, and we will not allow you guys to go back until the area is completely safe, and that safety will be determined by the professional gas people from Atmos [Energy], as well as our own Fire Department."

Hagaman went on to thank Rivers for calling the gas leak in, as well as Angeline Ellis, the Maury County Public Schools bus driver who helped evacuate the residents safely, garnering a round of applause.

"I'm so proud of my staff, of Maury County and Williamson County schools to be on alert to provide evacuation for our wonderful citizens," Hagaman continued.

To help lift people's spirits further, Lee Nettles, who owns the Papa John's Pizza on Main Street, arranged for the delivery of a dozen or so pizzas at the behest of Parks & Recreation Director Kayce Williams.

As kids played and parents ate pizza, at around 8:40 p.m. the residents were notified that their homes were safe for return. While Atmos Energy — the natural-gas distributor that supplies gas to the city — offered residents a paid-for stay at a local hotel, every person instead chose to return home.