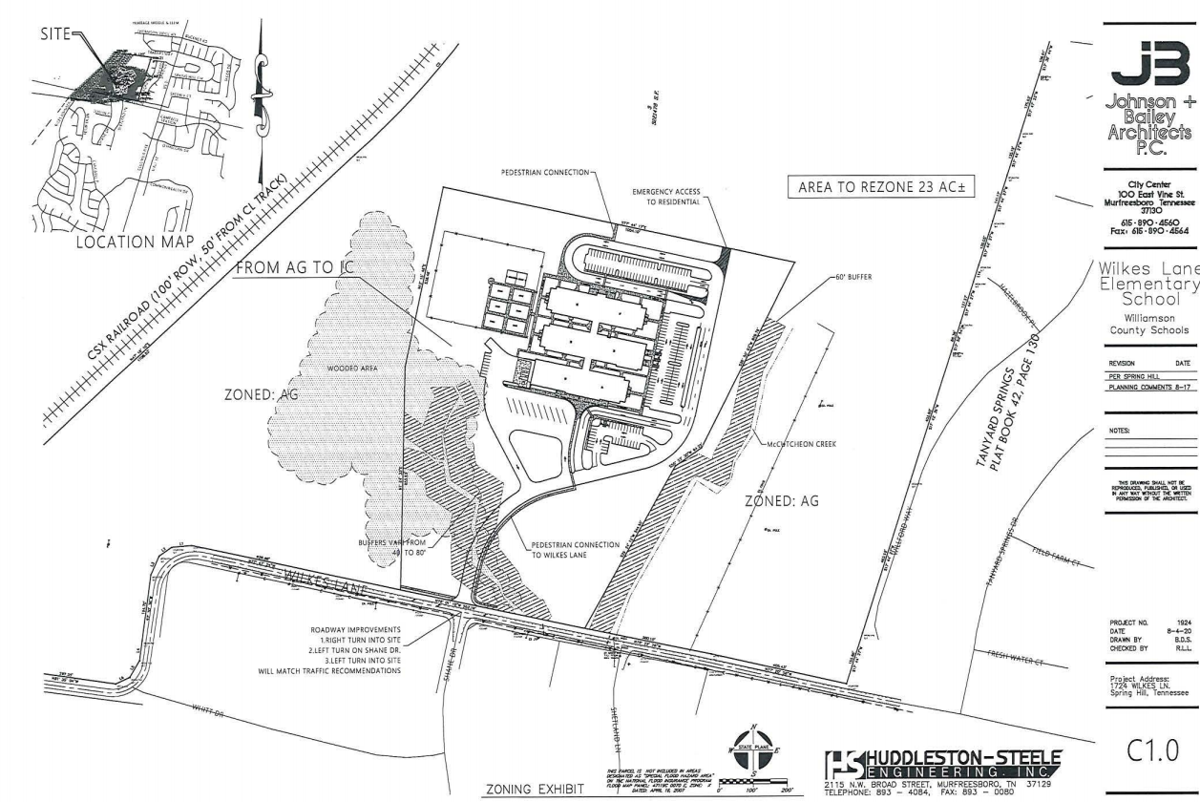 Design documents from Huddleston Steele, an engineering firm, show an early overhead mock up of the proposed elementary school. 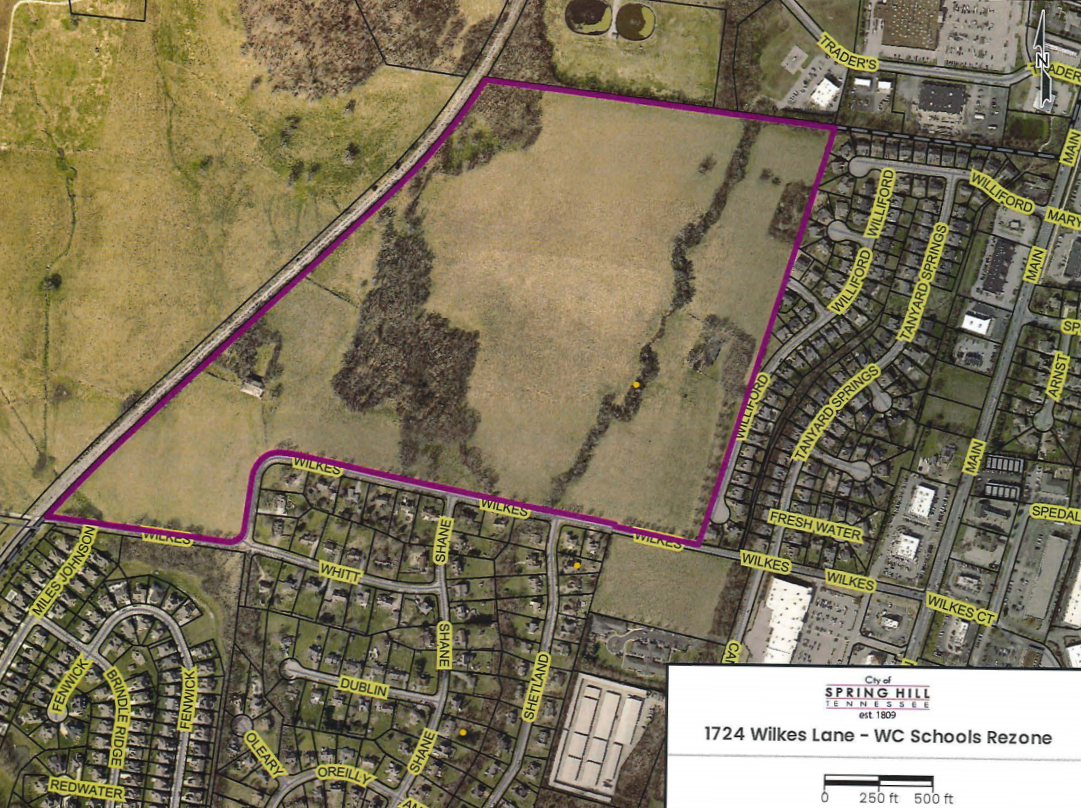 While the property itself spans just over 98 acres, Williamson County Schools is only requesting a rezone of 23 acres for the purpose of constructing the elementary school.

Williamson County Schools (WCS) proposed plans for the development of a new elementary school in Spring Hill that were reviewed and discussed Monday night by the city’s Planning Commission.

The new school is proposed to be constructed at 1724 Wilkes Lane in northwest Spring Hill - just west of Main Street behind the Starbucks, and northwest of Publix Super Market. If ultimately approved, the school would open in the fall of 2022, and is planned to accommodate 850-900 students.

Proposed to be developed on a currently vacant 98-acre plot of land, which is currently zoned for agricultural development, WCS is seeking the commission’s approval for a rezoning request to allow for the school’s construction.

Sharing the proposal with the city’s police department, Spring Hill Police Chief Don Brite expressed concerns relating to the project’s traffic impact on Wilkes Lane, particularly with the intersection onto Main Street. That concern was expressed by the majority of citizen comments as well.

Discussions about the project among commissioners were minimal, with only Alderman Matt Fitterer requesting that WCS be mindful of the anticipated sewer capacity of the project.

City Attorney Patrick Carter also shared with commissioners a specific line of Tennessee state code, one that essentially grants WCS the power to override a decision to vote down either the project’s request for rezoning or future site plan.

There were five citizen comments read allowed during the meeting, three of which expressed concerns over the potential traffic effects along Wilkes Lane. Wilkes Lane is a two-lane road that is the main outlet to Main Street for many of the nearby neighborhoods, including The Arbors at Autumn Ridge and the Shannon Glen subdivision.

Another citizen comment voiced their support for the development of the school, while the remaining comment pleaded for the open space to be preserved, expressing fears of Spring Hill turning into a “concrete-filled city with no beauty left to appreciate.”

The Planning Commission will vote on WCS’ request for rezoning on Monday, Sept. 14. To make a public comment that will be read during that meeting, submit them via email to [email protected].