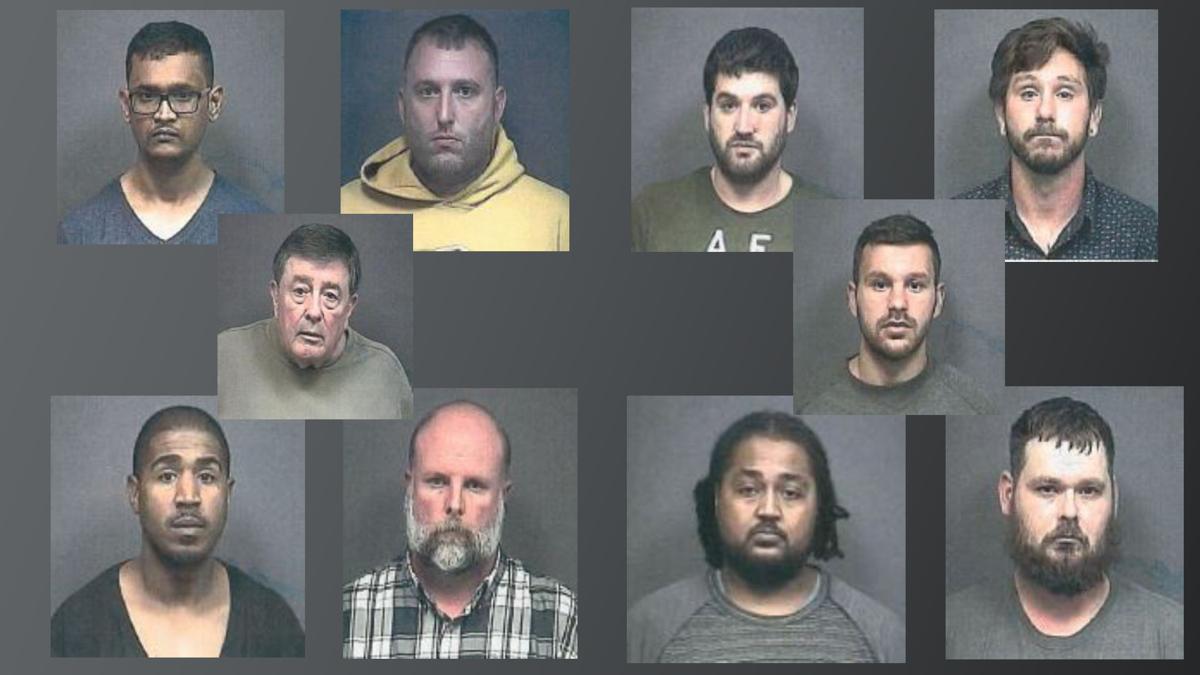 The mugshots of ten of the men arrested during the human trafficking sting operation conducted in Spring Hill.

A two-day prostitution sting held in Spring Hill has led to the arrest of 11 men, with charges ranging from patronizing prostitution to solicitation of a minor.

Conducted last week on Jan. 9 and 10, the sting operation saw members of the Tennessee Bureau of Investigations’ Human Trafficking Unit along with detectives from the Spring Hill Police Department pose as decoys on “websites known to be linked to commercial sex,” according to a release from TBI. Of the 11 men arrested, seven were charged with either patronizing prostitution from a minor or solicitation of a minor.

Two of the men arrested were Franklin residents — 35 year-old Naveen Mogili and 36 year-old Adam Weber — and were both charged with solicitation of a minor. Ages of the men caught in the sting operation range from 19-72, with nine of the 11 men residing outside of Williamson County.

“As part of an undercover investigation aimed at addressing human trafficking in Spring Hill, authorities placed several decoy advertisements on websites known to be linked to commercial sex,” reads the release from TBI. “The focus of the operation was to identify individuals seeking to engage in commercial sex acts with minors and adults.”

All but one of the men arrested are currently booked at the Maury County Jail in Columbia. Read below to see the individuals charged in the sting operation.