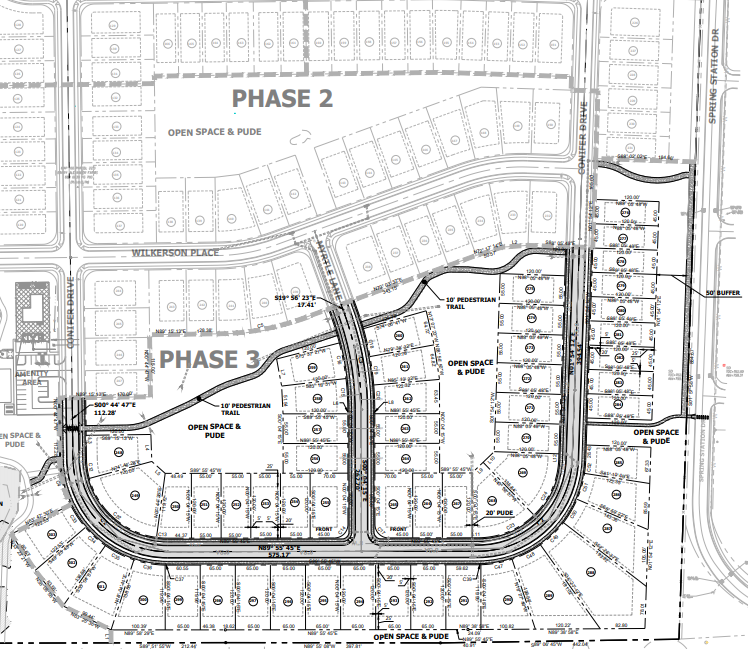 Design documents for phase 3 of the Wilkerson Place development. 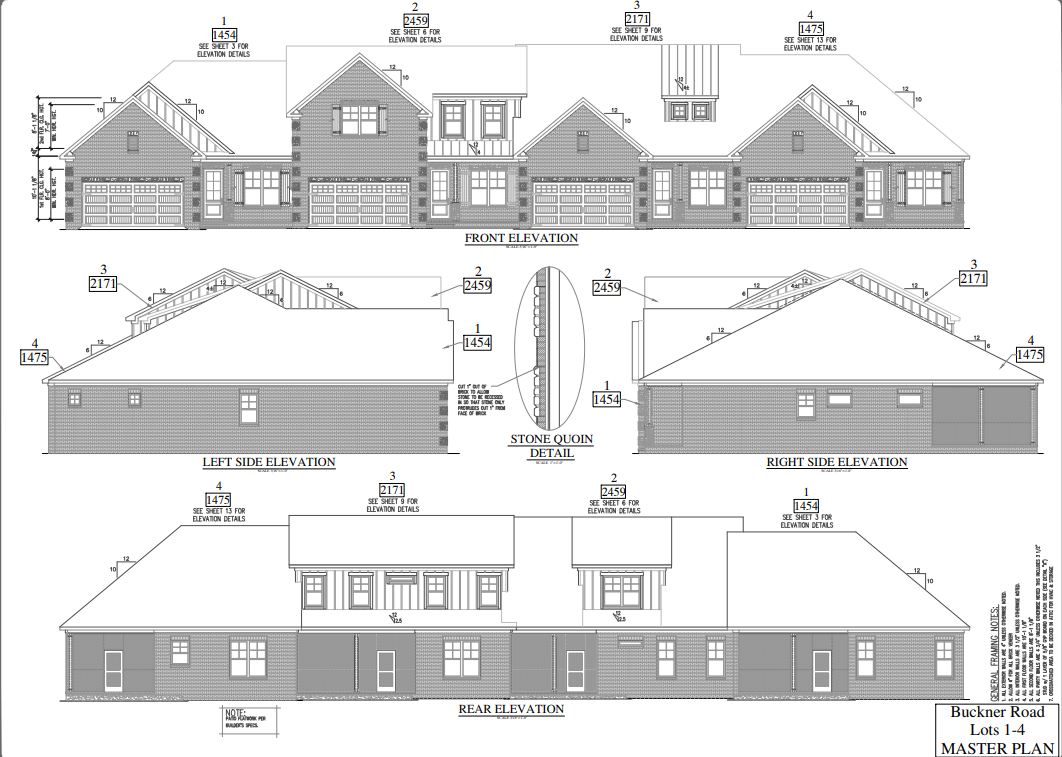 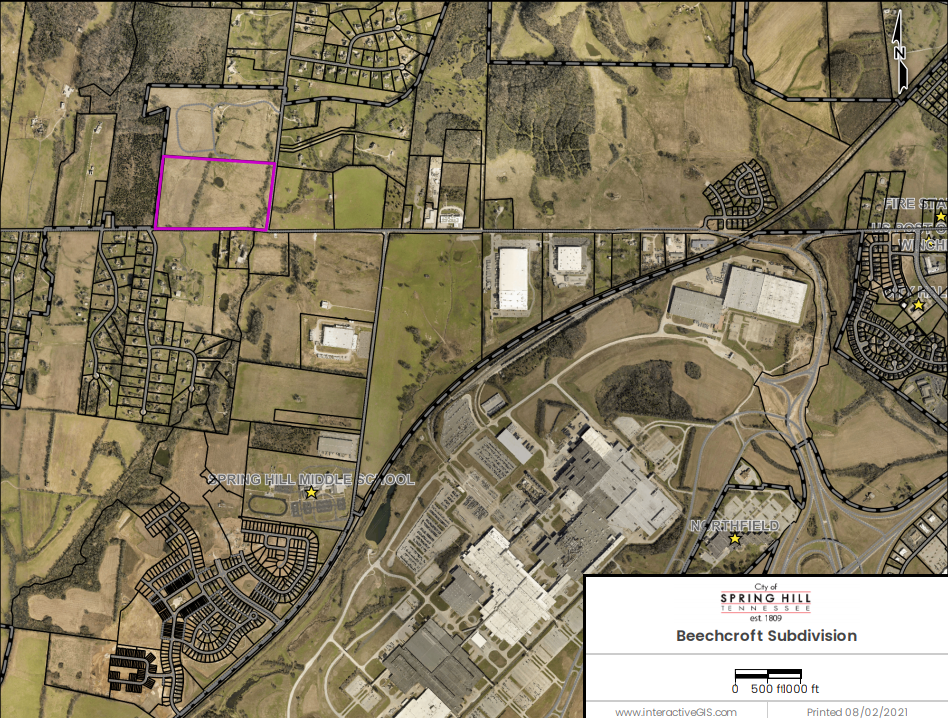 An overhead view of the location of the newly proposed Beechcroft subdivision project. 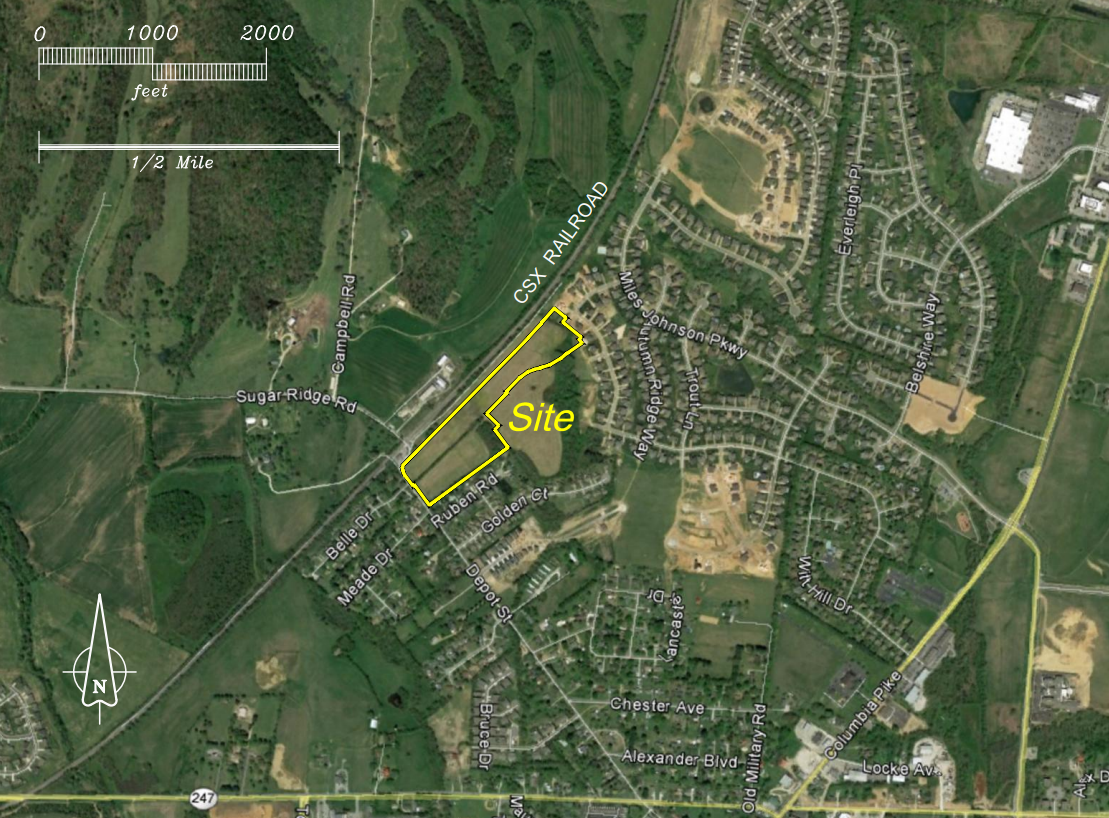 An overhead view of the location of the newly proposed Bluebird Hollow subdivision project. 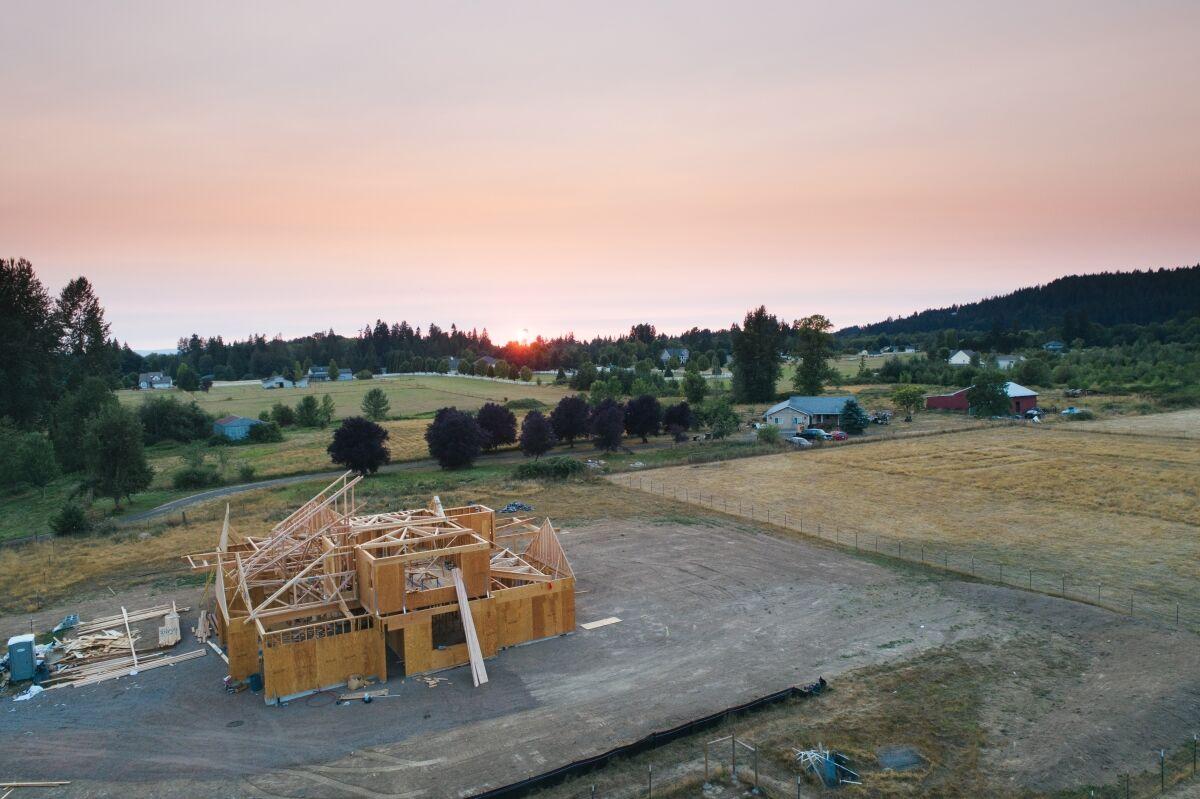 Specifically, commissioners reviewed new proposals for the development of 159 single-family homes and 52 townhome units. Spring Hill continues to be among the fast-growing cities in the country, and was found after the results of the 2020 Census were released to be the single-fastest growing city in the state with at least 15,000 people.

Submitted by Civil Site Design Group, this proposal would see the development of 56 single-family homes located on Buckner Lane, across the street from the Catholic Church of the Nativity.

This project would be the third phase of the Wilkerson Place subdivision, and will also include a pedestrian walking trail and five open space areas.

Submitted by Anderson, Delk, Epps & Associates Inc., Buckner Road Townhomes is a townhome community proposed to be developed on the north side of Buckner Road, just east of the Faith Lutheran Church and west of Picketts Ridge.

Spanning across an area of 15.84 acres, the project's site is mostly undeveloped. If ultimately approved, the project would include 52 two-story units at a minimum of 22-feet wide.

Submitted by Civil Site Design Group, this project would be the first phase of development of the new Beechcroft subdivision of homes, located on the northwest corner of Beechcroft Road and Dr. Robertson Road.

Spanning across an area of 37.15 acres, the first phase of the proposed Beechcroft subdivision would include 52 single-family homes. The first phase of development would also include a 12-foot-wide multi-use trail.

Submitted by Anderson Delk, Epps & Associates, this project would be the second phase of the Bluebird Hollow subdivision development project, located just north of Depot Street abutting the CSX railway.

Spanning over an area of 16 acres, this phase of the Bluebird Hollow development project would include two open space areas, one of which will include a pavilion and picnic tables.