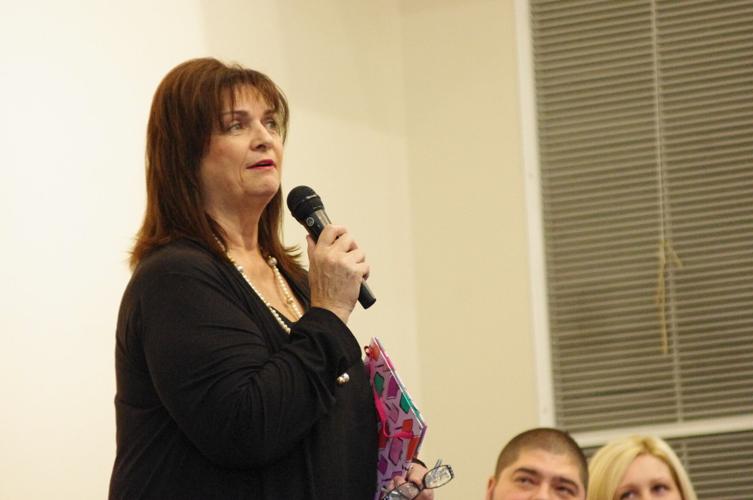 Hazel Nieves has represented Spring Hill's Ward 4, the southern portion of the city, since April 2019. 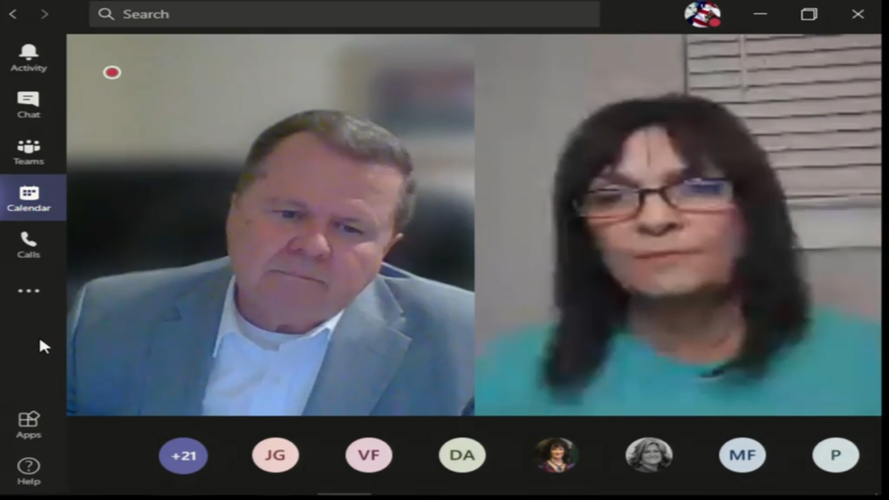 Spring Hill Mayor Rick Graham (left) speaks with Alderman Hazel Nieves (right) during the September 21 voting meeting of the Spring Hill Board of Mayor and Aldermen. 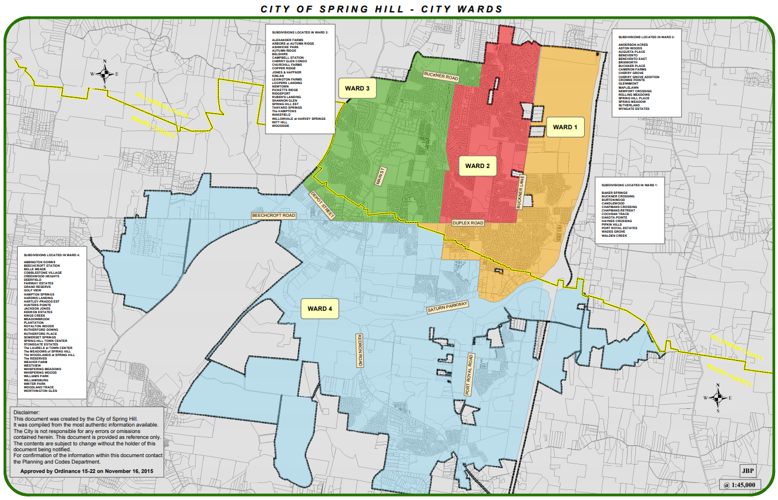 Spring Hill city leaders held a lengthy discussion Monday regarding a recent discovery that Alderman Hazel Nieves, who represents Ward 4, had been temporarily residing outside of her ward while waiting for a new home to be constructed.

In the Spring Hill city charter, under the section detailing residence requirements for elected officials, it states that “any officer moving from such officer’s ward, in the case of an alderman, during the term of office shall be presumed to have vacated the office, and it shall be declared vacant and filled.”

It was whether or not Nieves had violated the city charter that was discussed that night during the city’s monthly voting meeting, with talks ending with Mayor Rick Graham calling a special meeting to be held next month to discuss the matter further.

City attorney Patrick Carter was first to speak on the matter, and said that he had contacted the Municipal Technical Advisory Service (MTAS) to ask a lawyer’s advice on the matter.

Carter said that a judgement could take between six to eight months, and that after receiving feedback, the Spring Hill Board of Mayor and Alderman could - if they so chose - hold a vote to declare Nieves’ seat vacant, essentially removing her from office.

After Carter’s introduction, Graham yielded the floor to Nieves.

While admitting to temporarily living in and out of Ward 4 since April 22 (though never outside the city), Nieves argued that according to state law, her residency has never moved outside of Ward 4.

Nieves explained that she had sold her house in anticipation of moving into a new home in Ward 4. As the new home is still under construction, Nieves had been living at her children’s houses, bouncing between homes that were both in and out of Ward 4, but all within the city.

Referencing state law relating to determination of residence, Nieves argued that her residence has never moved outside of Ward 4, drawing a spotlight to Tennessee code 2-2-122 which states that “there must be appropriate action consistent with the intention” of changing residence.

Nieves argued there to be no examples of said “appropriate action.”

“I want to be clear: my home, located in Ward 4, is under construction, and if it weren’t for the delay caused by the COVID-19 situation, I would be residing in my home now,” Nieves said.

“So today, I’m currently staying - temporarily - with children of mine. This is neither a permanent situation, or a situation that would cause me to change my voter registration. I have not established residency outside of my ward, nor have I vacated Ward 4 as clearly defined by the residency laws of the state of Tennessee.”

Graham asked Nieves if she had closed on her new home, to which she said she hadn’t, but that she was under contract on the new construction.

“Didn’t it ever cross your mind,” Graham asked, “that you're not in your ward that you’re voting for during this period?”

“No sir, it did not,” Nieves said. “I’ve been an alderman now for a little over a year, I had no idea there was an issue.”

“We’ve had aldermen go through this before and do the right thing,” Graham said.

“Alderman Duda actually rented a room when his residence was going through a transition, Alderman Whitenburg of course was leaving the city and he resigned his seat when he realized his residence was changing.”

Saying the matter was ‘above his pay grade,’ Alderman Jeff Graves instead suggested the board recruit a third party to litigate the matter.

“Essentially what would happen is a lawsuit would be filed for declaratory judgement; we would be asking the court to declare a judgement on exactly what transpired with Alderman Nieves’ move,” Carter explained.

“It’s undisputed that she moved out of her home - what is in dispute is the residency aspect. Our charter speaks in terms of strictly moving… how those two parts of state law interact is what we would be asking the court to make a declaration on.”

Despite the call to reach a decision through the recruitment of a third party, Alderman Kevin Gavigan said that he felt Nieves had not changed her residence to outside of Ward 4, and that to him, the matter of intent was critical.

“To me it spins on the matter of intent,” Gavigan said.

“The fact that Alderman Nieves is under contract on her new build, and it’s been delayed by COVID-19… we’ve offered grace related to COVID-19 on a number of matters. To me, the fact that she’s already out a lot of money in the contract, that evidence is the intent to me.”

To further discuss the matter, Graham called a special meeting that will be held at 6 p.m. on Monday, Oct. 5.