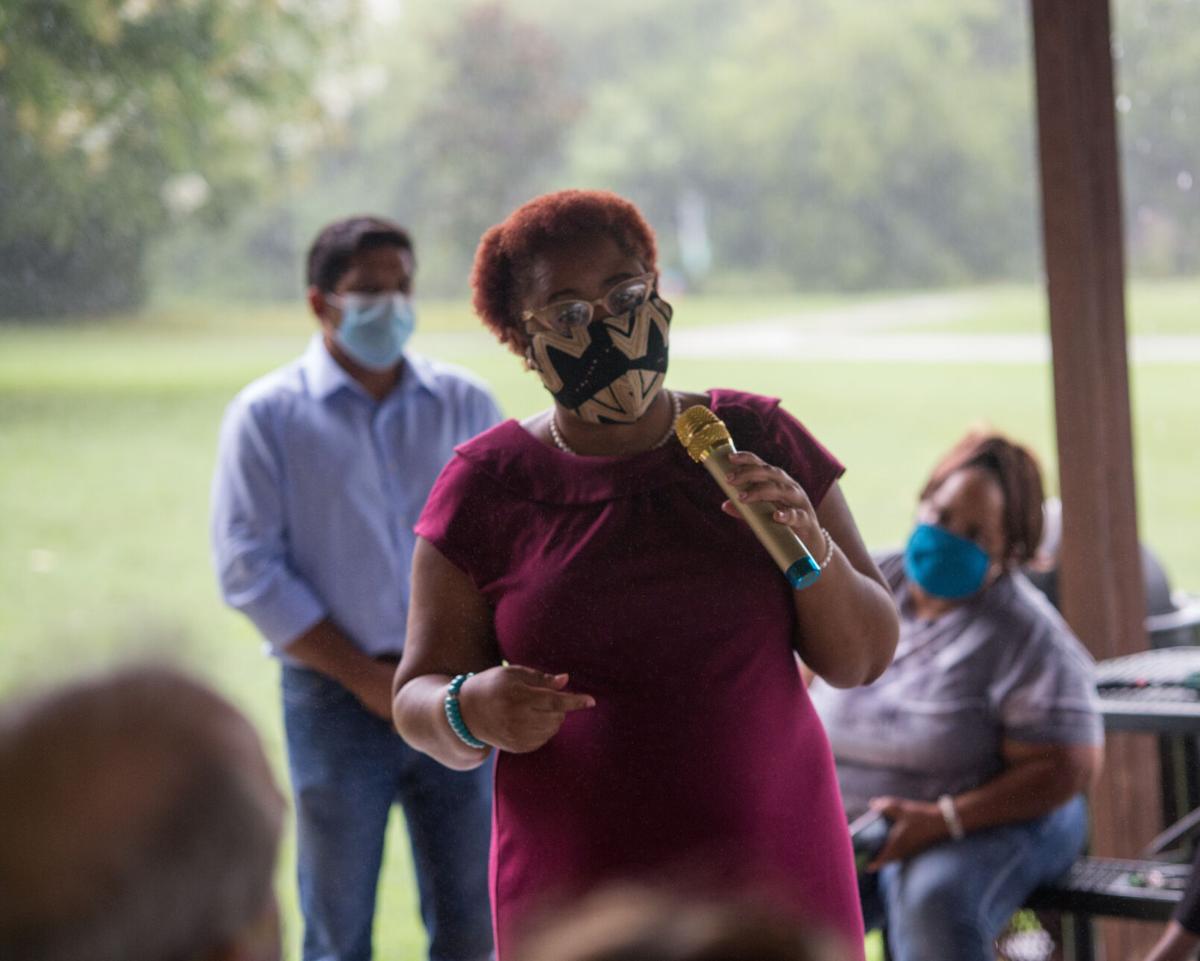 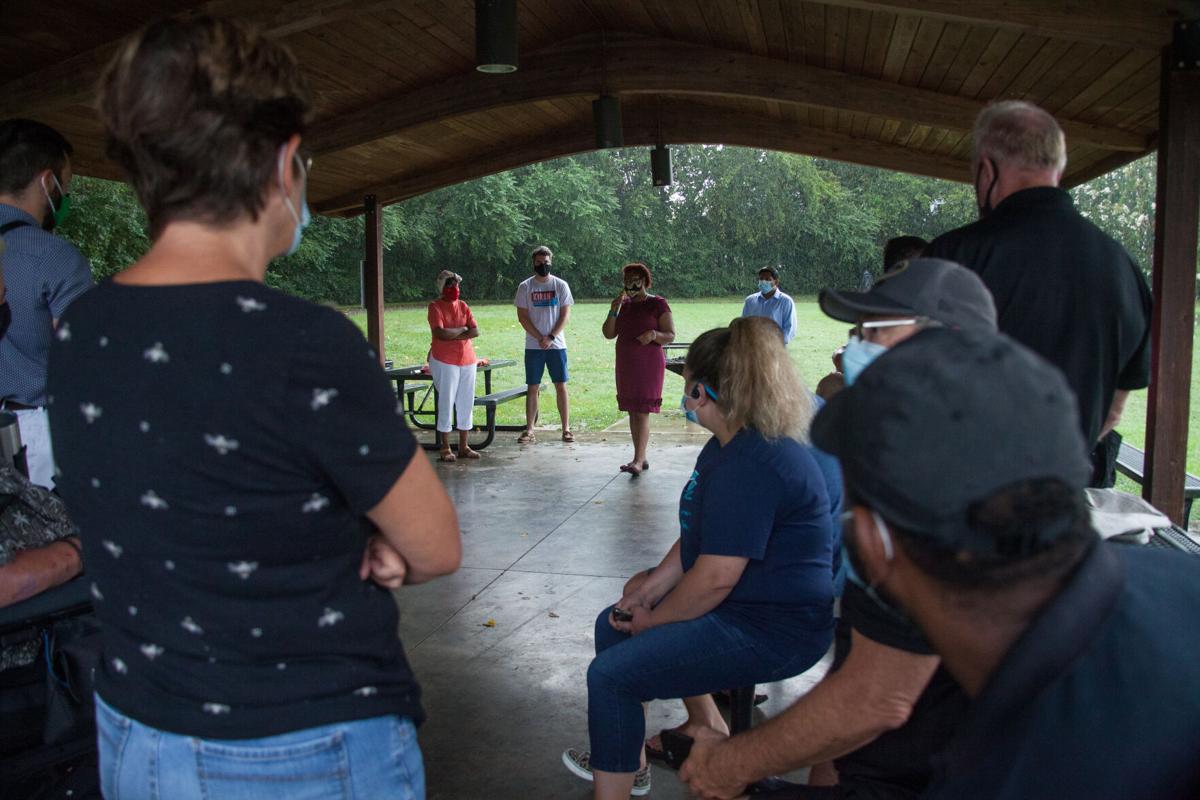 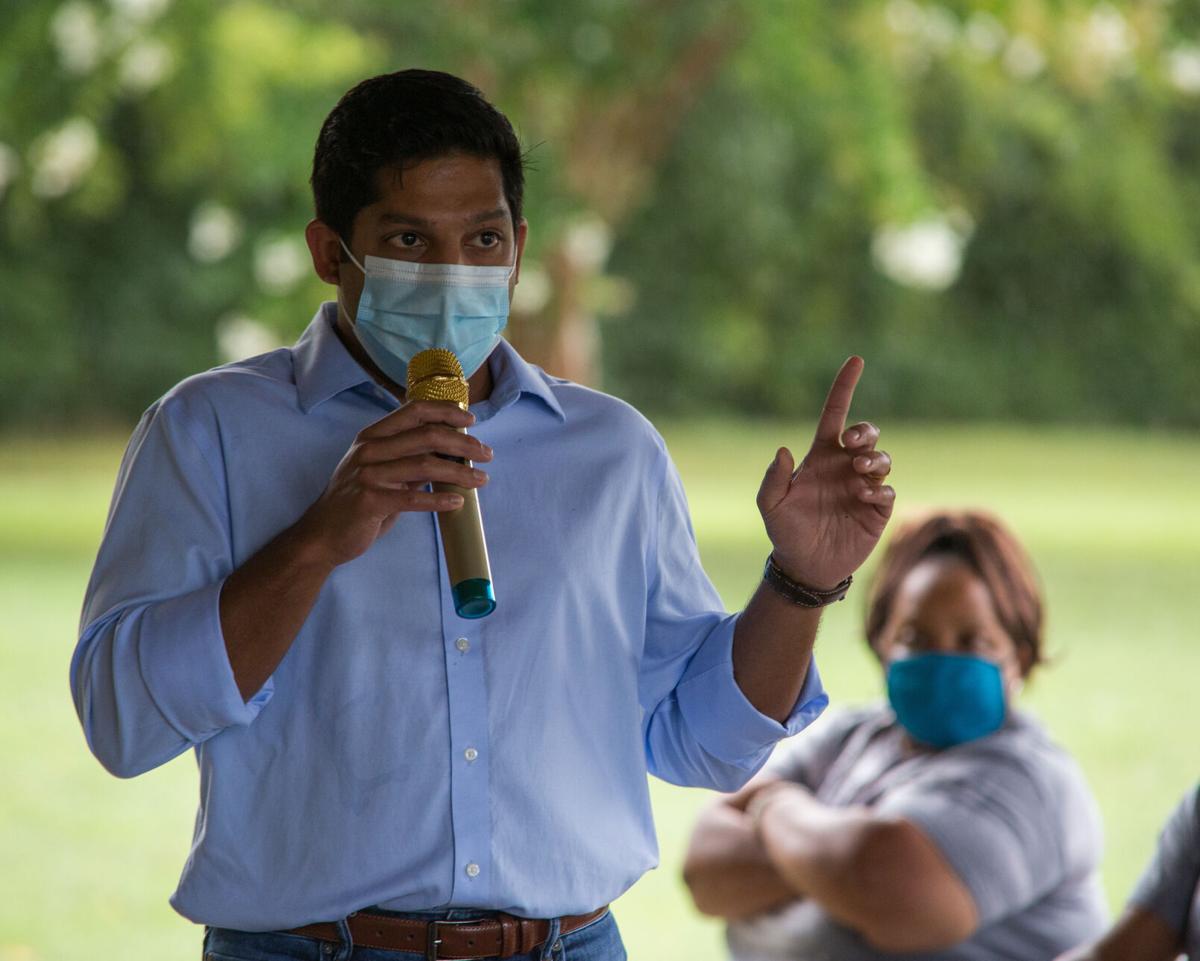 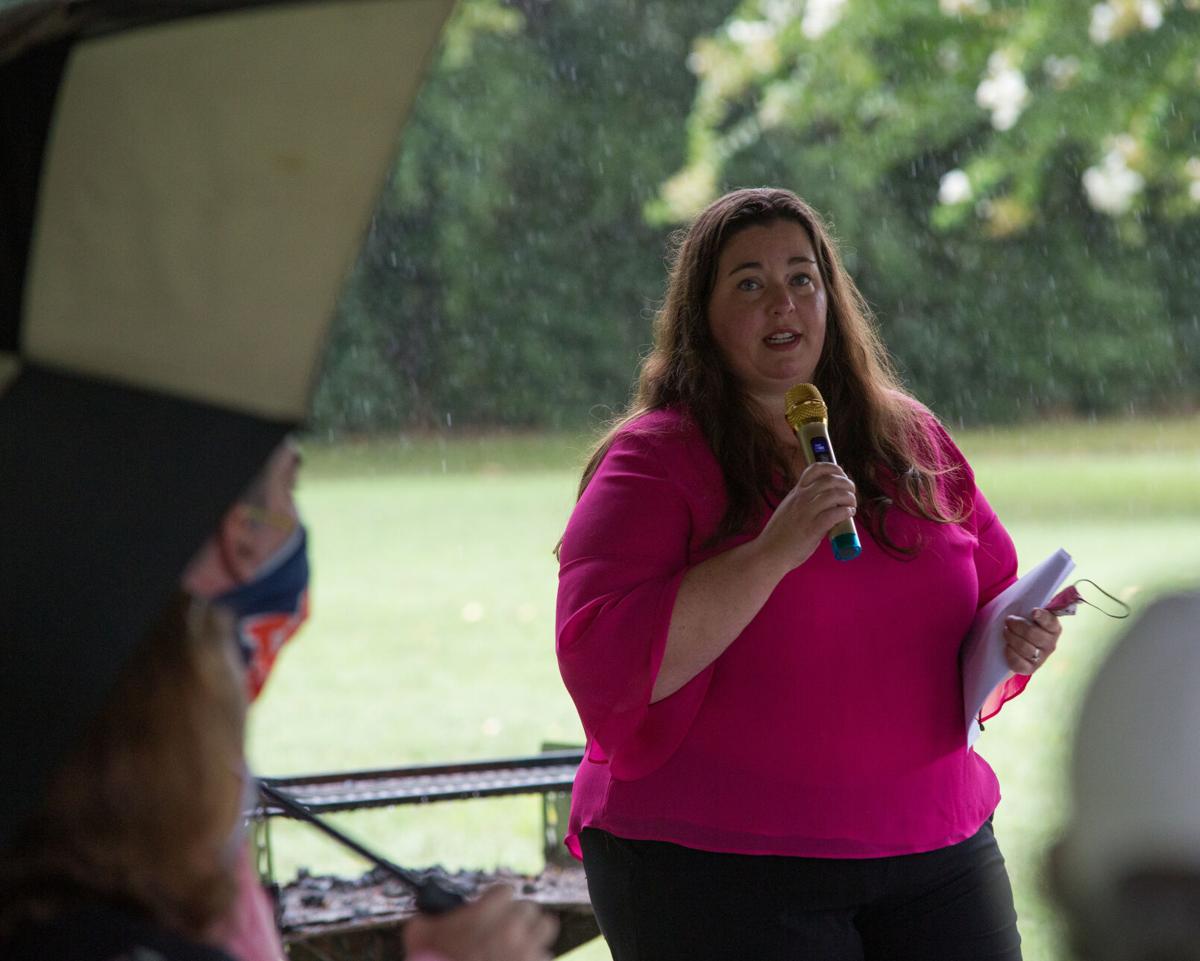 Tennessee's Democratic nominee for U.S. Senate Marquita Bradshaw, who won the Aug. 6 state primary election in a stunning upset, visited Harvey Park in Spring Hill on Friday along with three other Democratic nominees as part of a series of public meet and greets.

During the event, Bradshaw made her case to Williamson County voters, touching on increasing the power of organized labor, expanding access to health care, and embodying fairer and more accurate representation in the Senate from a socioeconomic standpoint.

"You want to know why I'm fighting?" Bradshaw asked the small crowd at the park, collected under a gazebo due to the pouring rain.

"Because I know what it feels like to live a marginalized life based on racism, based on being a woman, and based on being poor. I didn't know I was poor until I got to college, and that's where it all started; trying to climb out of poverty, get a good education, get my skills up so I can take care of my son."

That small sense of financial security she experienced in her early 20s, however, was quickly stripped away from her after an unexpected surgery sunk her into medical debt.

"And I get to the middle class, and I get snatched back out again because of medical bills," Bradshaw continued. "I tell you, it still effects my life right now. I am teeter tottering — like most Americans — from that threshold [of] poverty."

Its situations like these, Bradshaw argued, that make her an advocate of Medicare for All.

Bradshaw also spoke strongly about strengthening organized labor, an aspiration she said that she would accomplish by adequately funding and staffing federal labor agencies such as the Federal Labor Relations Authority.

And lastly, Bradshaw made a unique pitch to voters in Williamson County — among the wealthiest counties in the country — arguing that by "making sure that the poor of our society is pulled up, then the whole society does better."

"There's different types of wealth, and there are some people — like [Jeff] Bezos — who [are] not putting into our tax structure," Bradshaw said.

"We're actually paying him to provide jobs, and that's the type of corporate welfare that we need to end. It's not about people being rich, it's about the unfairness of it and people not putting into the tax structure like everybody else. So even some of the wealthier people here are experiencing unfairness compared to some of the billionaires."

Foley, who will square off against Republican state Rep. Sam Whitson in November, also spoke at the event, and shared many of Bradshaw's goals; expanding access to health care, increasing funding for public education, and strengthening organized labor.

"Over the years I have watched our state legislature prioritize big business and special interests over the people that they're supposed to be working for," Foley said.

"I've grown increasingly frustrated as they continued to pass legislation that only benefits a small segment of our population instead of all of the people of Tennessee. They've given tax breaks to big corporations while neglecting the vast majority of Tennesseans, and especially working families."

Foley said that if she were elected, she would oppose right-to-work laws, which refer to laws that prohibit union membership as being a determining factor in whether or not an individual gets or keeps a job, and fight for Medicaid expansion and increased funding for public schools.

Sreepada, who will face off against Republican U.S. House Rep. Mark Green in November, said that despite Williamson County favoring Republican candidates over the past few elections, increasing voter turnout would be the key to victory this November.

"Between 2016 and 2020, if you take the same presidential primary, Williamson County had a 140% increase in their turnout in the Democratic primary," Sreepada said.

"So we've got that on our side. We are hoping to help spur more turnout, get more people out there, and that includes Williamson County, Montgomery County... that's half the district right there."