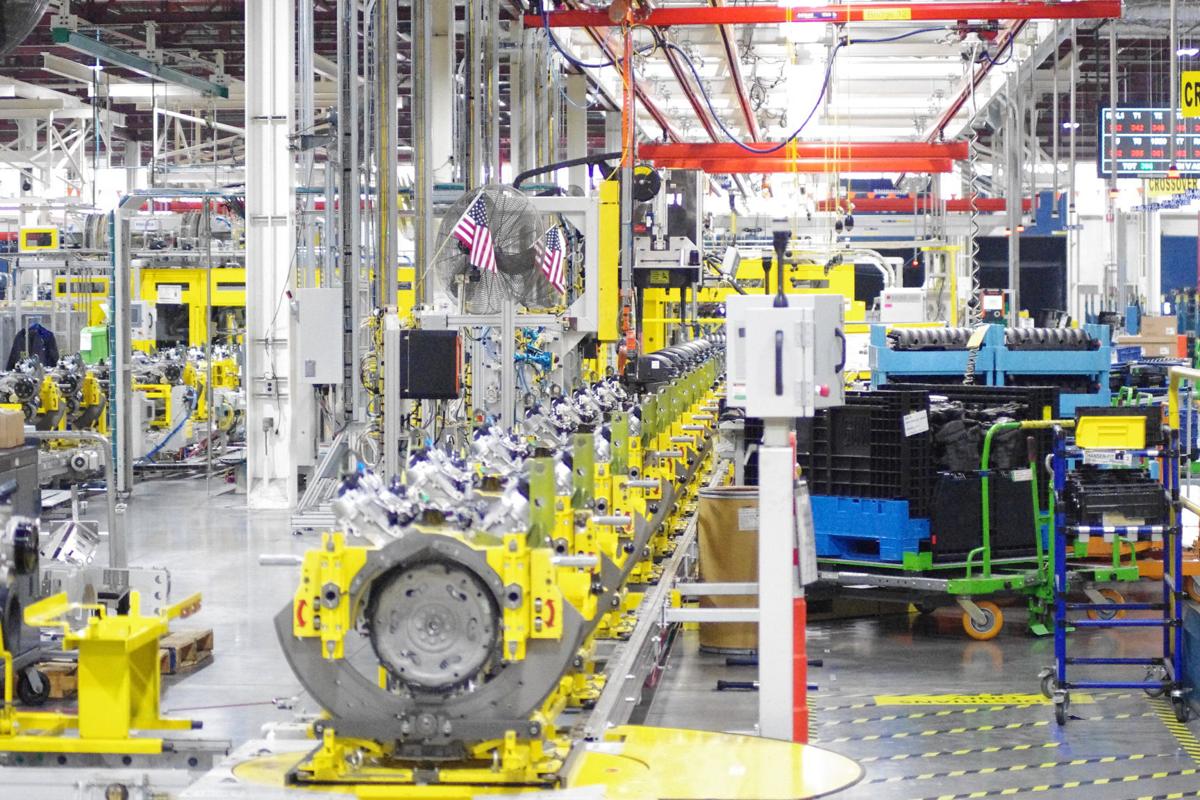 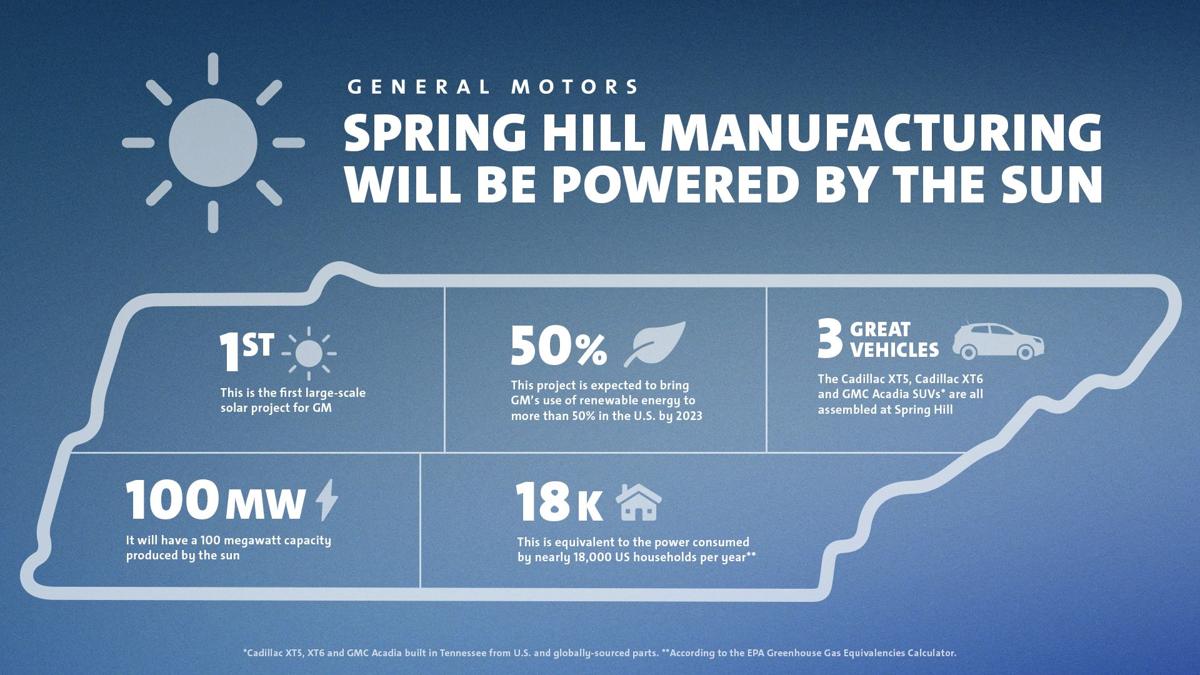 General Motors’ single largest facility in North America, the Spring Hill GM Plant that employs more than 3,800 workers, will be 100 percent powered by solar energy by late 2022, according to an announcement made late last week.

The new green initiative comes by way of a new partnership between GM and the Tennessee Valley Authority, a government-owned corporation that aids in general economic development to most of Tennessee and portions of Kentucky, Alabama and Mississippi.

Through the partnership, which was made through the Green Invest program, the TVA will be able to supply the Spring Hill GM Plant with up to 100 megawatts of solar energy a year, or the equivalent of the power consumed by 18,000 houses annually. To put that in perspective, a ceiling fan generally uses about 60 watts an hour; a single megawatt contains one million watts.

“Our commitment to renewable energy is part of our vision of a world with zero emissions,” said GM chief sustainability officer Dane Parker in a statement. “We’re committed to using our scale and relationships to increase renewable energy demand and availability.”

By 2023, the new project is expected to increase GM’s use of renewable energy nationwide to more than 50 percent of its sourced electricity, moving the vehicle manufacturer closer to its long term goal of running completely off of renewable energy sources in the U.S. by 2030.

“We’re excited that GM chose Green Invest because TVA’s ability to meet the renewable energy needs of our customers will drive vital investment and jobs across our seven-state region,” said TVA president and CEO Jeff Lyash in a statement. “Moving forward, large-scale solar installations provide the best value for our customers to help meet their sustainability goals which makes Green Invest a win for everyone.”