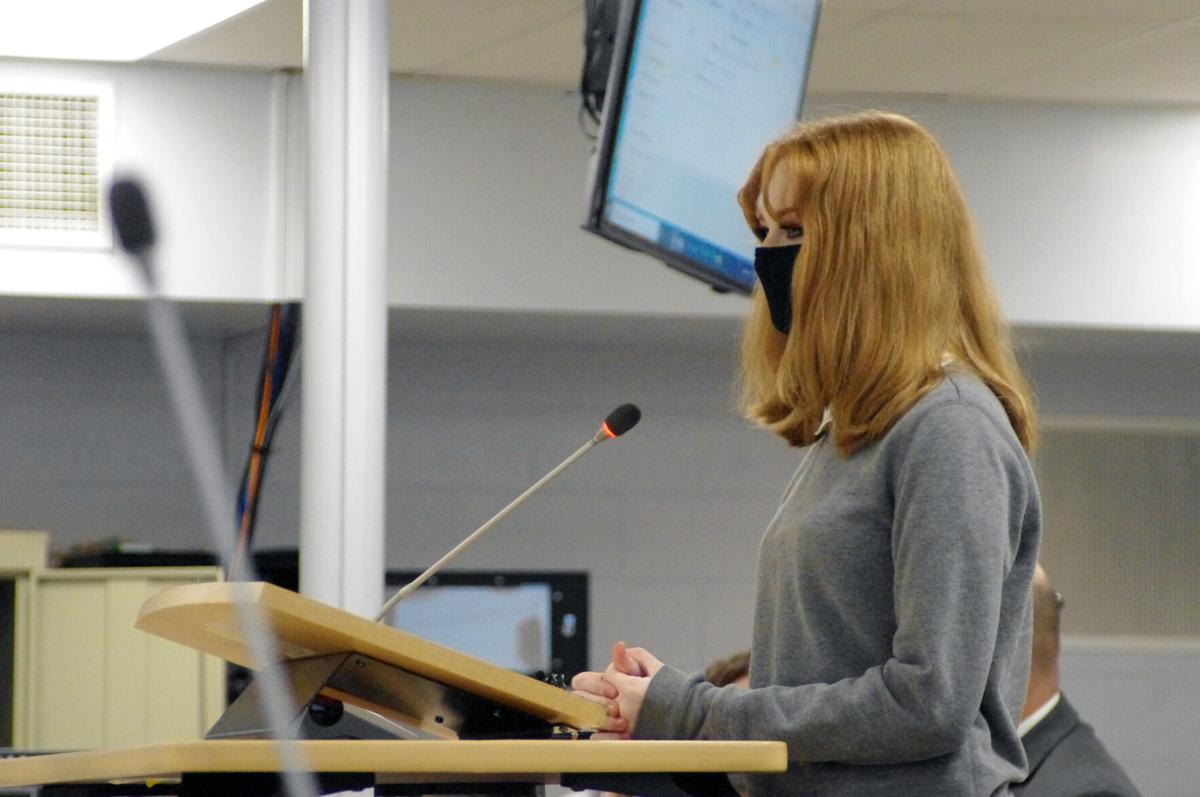 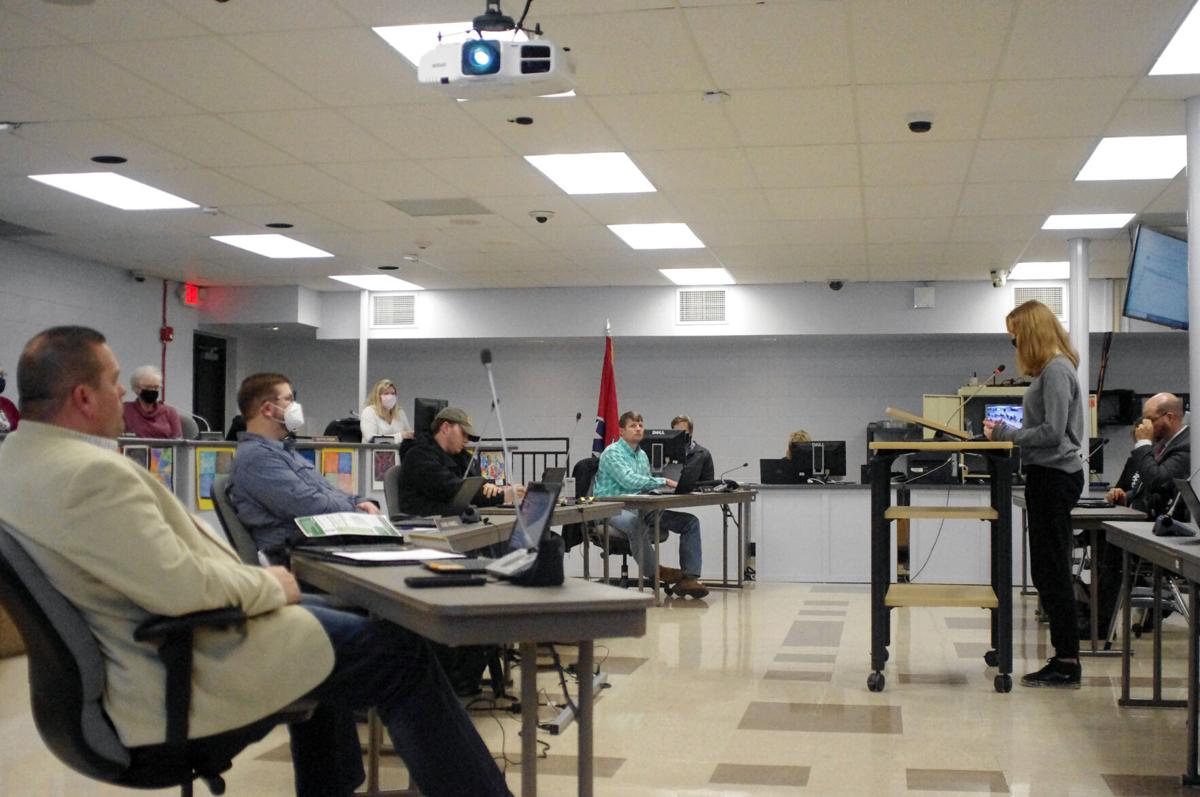 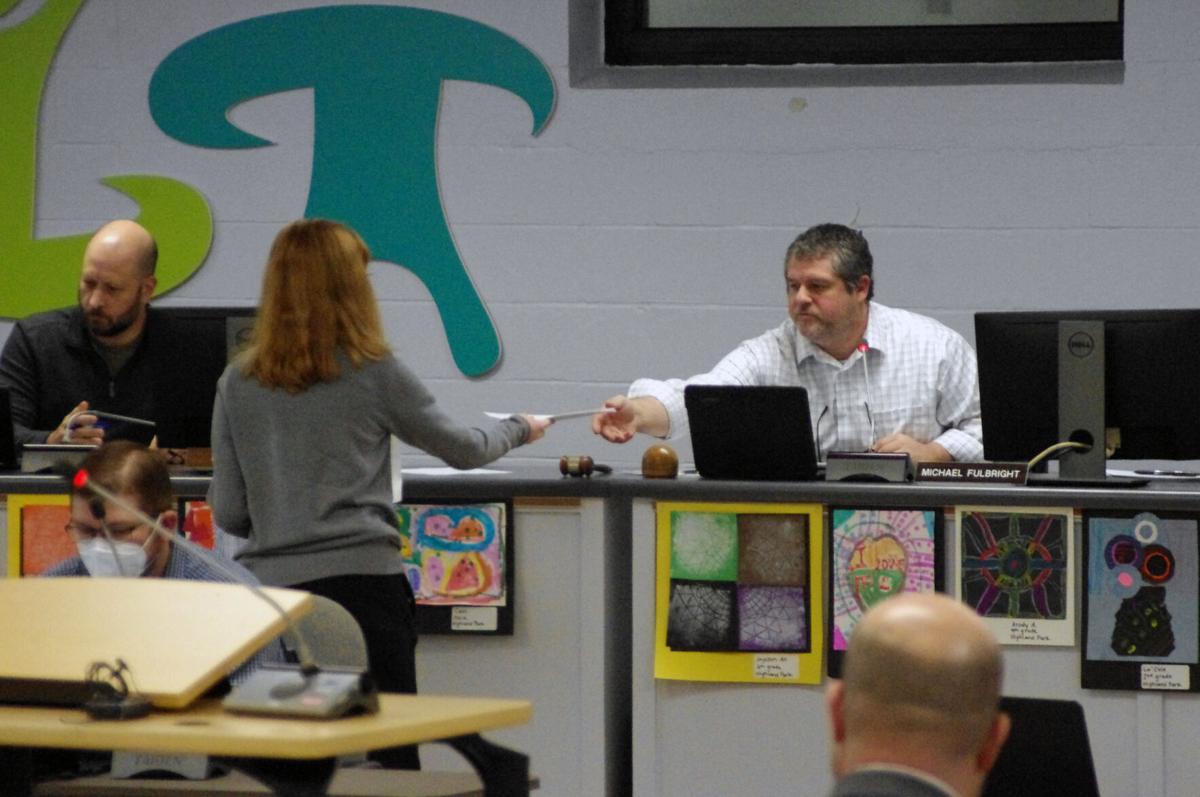 McCartney hand school board Chair Michael Fulbright the petition signed by over 800 people urging a mask mandate be implemented at Maury County schools. 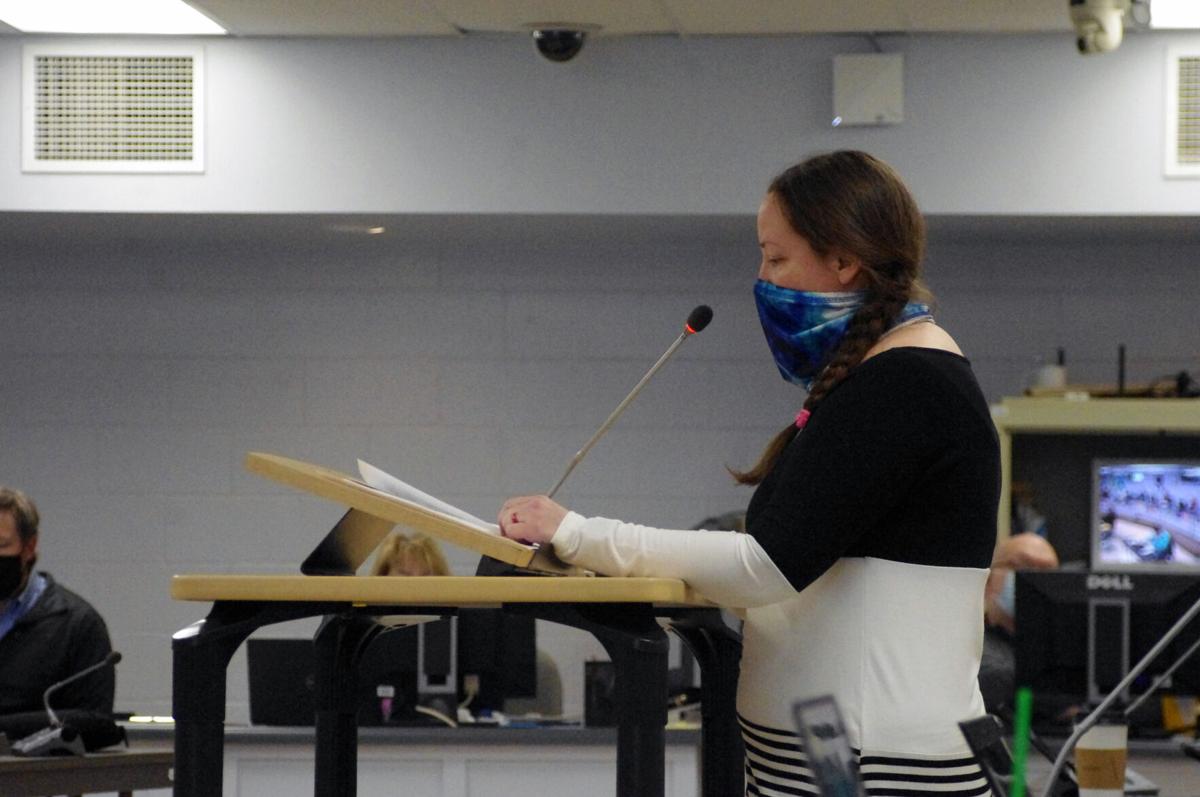 Unlike its northern neighbor, Maury County Public Schools does not have a mask mandate for its student population, with school board members having voted down a proposed mask mandate on two separate occasions.

Spring Hill High School is just one of many Maury County schools that has seen multiple closures due to surges in the amount of COVID-19 cases, and on Tuesday, Spring Hill High School sophomore Avalon McCartney confronted school board members during their monthly meeting and urged them to reconsider implementing such a mandate.

Held at the Horace O. Porter School in Columbia, the 11-member Maury County School Board met for its monthly meeting Tuesday at 6 p.m. Scheduled to speak towards the beginning of the meeting, McCartney had brought with her a petition signed by more than 800 people urging the board to implement a mask mandate for Maury County schools.

"My mom is a nurse and since the beginning of the COVID-19 pandemic, me, her and my family all tried really hard to do what health experts have been telling us to do; wear our masks, wash our hands and maintain social distance," McCartney said.

"We are doing our part just like Gov. [Bill] Lee has asked all Tennesseans to do, but people in Maury County aren't taking this virus seriously. Masks aren't required at school and less than half the students wear one. As a result, my school has been open and closed multiple times, and this has made it really hard to keep up."

To date, Maury County has seen more than 12,200 positive COVID-19 cases and 163 COVID-19 deaths. While the number of new cases has dropped rapidly since the pandemic's height earlier this year, there has been an average of 14 new positive cases per 100,000 residents over the past seven days, or, since Feb. 24.

"COVID-19 cases in Maury County are still at high levels," McCartney continued. "This affects not only those who get sick, but students who are forced to stay home because of school shut downs. This seems [like] a serious problem with a simple solution: masks."

Not permitted to offer a rebuttal, Board Chair Michael Fulbright accepted McCartney's petition for the record. Fulbright was just one of six board members who voted against a mask mandate for the school district in January, and told the Home Page that his decision was due to a question of enforcement.

"It wasn't because I don't believe in masks or don't think they're effective, it's just the fact [that] mandating opens up a lot of questions about enforcement and consequences that would go along with it, and I don't think those were ever clearly spelled out to my satisfaction," Fulbright said on his previous vote against a mask mandate.

"We can always revisit it if circumstances change, and I think this [petition] would play a role in that if they change."

Despite his position against implementing a mask mandate, Fulbright praised McCartney for her courage fight for something she believed in.

"I'm really impressed that we have students that are so willing to take an active role in making a difference in the community," Fulbright said.

"Over the years I've had a lot of students when I was on the County Commission [that] would interview, email and things like that for class projects — this was something that has real life implications and shows that the young lady's taking a stand and making her voice heard."

The six members who voted against the mask mandate were Fullbright, Marlina Ervin, Austin Hooper, Chad Howell, David Moore and Will Sims, who, save for Howell, were coincidently not wearing masks during Tuesday's meeting.

School Board member Betty Kinser, who did vote in favor of implementing the mask mandate, told the Home Page she was "beyond impressed" with McCartney's presentation.

"I was beyond impressed at the initiative that Avalon had in developing the petition," Kinser wrote in an email. "She made an excellent and impassioned presentation to the board. I still would vote for a mask mandate, I just wish she would have started the journey in the fall when we had many heated discussions and votes."

Another public speaker at the meeting was Megan Jones, a special education teacher at Whitthorne Middle School and representative for the Maury County Education Association.

A teacher at Whitthorne for eight years, Jones spoke to the struggles of both being a parent and a teacher in a school district that, according to her, did not adhere to safety guidelines as had been previously assured.

"While I'm speaking to you today primarily as an educator, I feel as though it is important for you to know that I'm also the parent of a student; my son attends Central [Columbia High School] as a senior, but has been a remote learner this school year," Jones said.

"My son has down syndrome and an autoimmune disorder placing him in the high-risk category for COVID-19. His physicians advised that he needs to be a remote learner if no mask requirements are mandated at school. This in turn has put my daughter — a 19 year-old — as his primary caretaker during the day. This is a role I never envisioned for her."

Jones went on to describe how her daily routine had been upended through daily disinfecting routines as to not expose her at-risk son to COVID-19, a struggle that had been exacerbated by the school district's alleged failure to adhere to its own safety guidelines.

"Beginning at 7 a.m., students [at Whitthorne] enter the building and filter into their grade-level hallways to sit and wait for the bell to dismiss them to class," Jones said. "Students sit shoulder to shoulder on floors that are not sanitized. We were assured by Central office and our principal that combining classes would not occur during this pandemic. However, this is a daily occurrence."