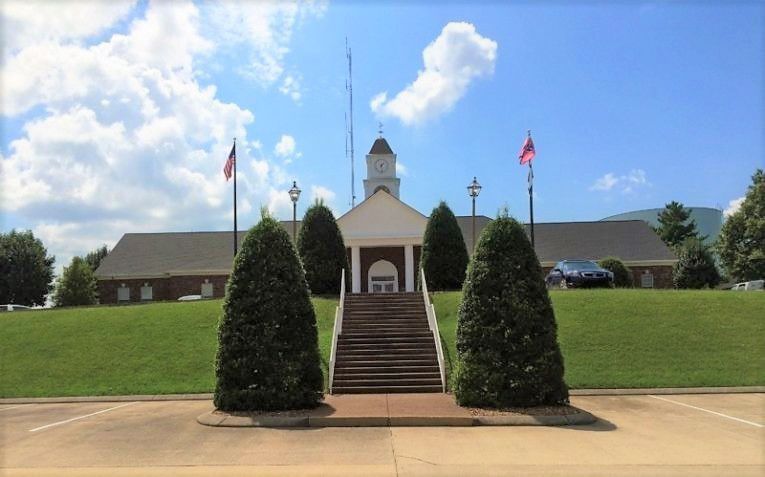 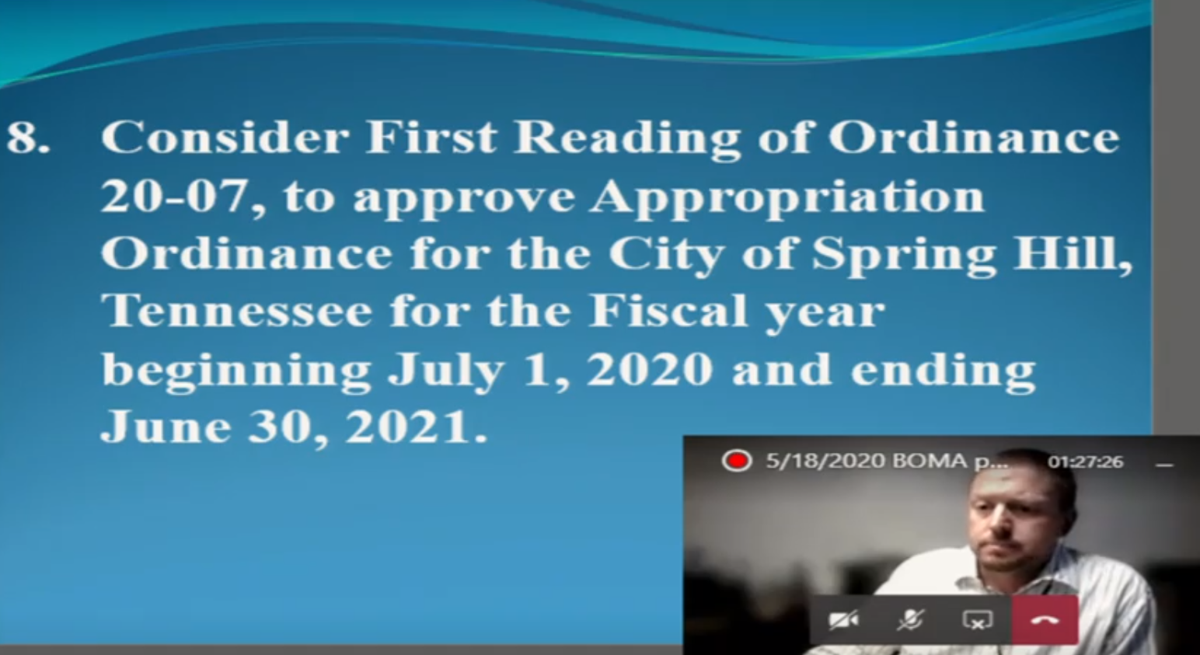 With the new fiscal year fast approaching on July 1, Spring Hill city leaders cast their first major vote on next year’s budget during a virtual city meeting on Monday, with one amendment in particular sparking a considerable back and forth between aldermen.

Proposed by Alderman Dan Allen, that amendment to the budget was to add one additional police officer and patrol vehicle at a cost of $134,423 to help control speeding around the city.

With next year’s budget forecast to have substantial cuts due to revenue losses brought on by the coronavirus pandemic, Allen proposed funding the additional police officer and patrol vehicle by moving money from elsewhere: namely, the Economic Development, Historical and Parks & Rec Commissions, as well as from the entirety of the city’s budget for economic development.

In the current version of next year’s budget, the total expenditures listed for economic development total to $110,329. In his amendment, Allen proposed to move all $110,329 towards funding the new police officer and patrol vehicle, as well as an additional $55,000 previously allocated towards the Economic Development, Historical and Parks & Rec Commissions, which were each earmarked for $20,000, $15,000 and $20,000, respectively.

“So the notion of this position is that it would start essentially a mini-division if you will that would just have an officer and a vehicle dedicated to neighborhood traffic enforcement issues,” Allen said. “Being as tight as the budget is, I didn’t want to just propose a new expense without trying to balance it as best I could.”

Mayor Rick Graham said that he shared in Allen’s concerns of helping to stop speeding throughout the city, but that he would not be in favor of using all of the funds previously earmarked for economic development.

Alderman Matt Fitterer took a stronger stance on the amendment, and had some sharp criticisms to share of how the Economic, Historical and Parks & Rec Commissions conducted themselves.

“If I could make a point about the Historic, Parks & Rec and Economic Development [Commissions’] funds: if you go back to the past two years’ worth of committee and commission minutes, there are no meeting minutes, notes or any indication in how any of those funds have been spent,” Fitterer said.

“While I understand some may have reservations around it, I think it’s inappropriate that we continue to fund what amounts to a slush fund to committees that provide no notification, no public transparency and no information on how tax dollars are being spent.”

“I can’t speak for Parks & Rec or Economic Development, but I am your representative on the Historical Commission, and I know we do have minutes,” Canepari said.

“Your minutes don’t reflect how those monies were spent,” Fitterer responded.

“Yes, but I didn’t finish,” Canepari continued. “We have a restoration of a historical science project that is half complete right now, which I think [we] spent $8,000 on - we need an additional $8,000 to complete it. We are also in the process of getting our historical sites on the state’s Civil War BattleField Map to bring more visitors, so like I say, I can’t see us doing away with the Historical Commision money.”

“That doesn’t change my point any,” Fitterer said. “You’re not recording in your minutes, reporting to the board or the public how those funds are being spent.”

“Speaking for the EDC, the funds that the EDC has used [have] been reported,” Fuqua said.

“Can I ask what month’s meeting minutes those are in,” Fitterer asked.

“I can definitely get those for you,” Fuqua said.

“Can we get it now,” Fitterer asked, “because I looked through the past two years’ worth of meeting minutes, and they’re not in there.”

“They are,” Fuqua answered, “because the branding project was one of them, along with some travel that reflects that in the meeting itself. I’ll get with the Economic Development Coordinator and we’ll get those to you.”

“We don’t presently have an Economic Development Coordinator,” Fitterer said, “they’re not recorded in your meeting minutes that have been adopted by this board.”

Following the exchange, city leaders voted, and ultimately, passed the amendment to the budget by a narrow vote of 5 4, with Aldemen Allen, Fitterer, Kevin Gavigan, Hazel Navies and Amy Wurth voting for, and Aldermen Fuqua, Canepari and Jeff Graves and Mayor Graham voting against.

The budget was also ultimately adopted after its first reading. The budget will need to pass its second and final reading before being adopted by the city.