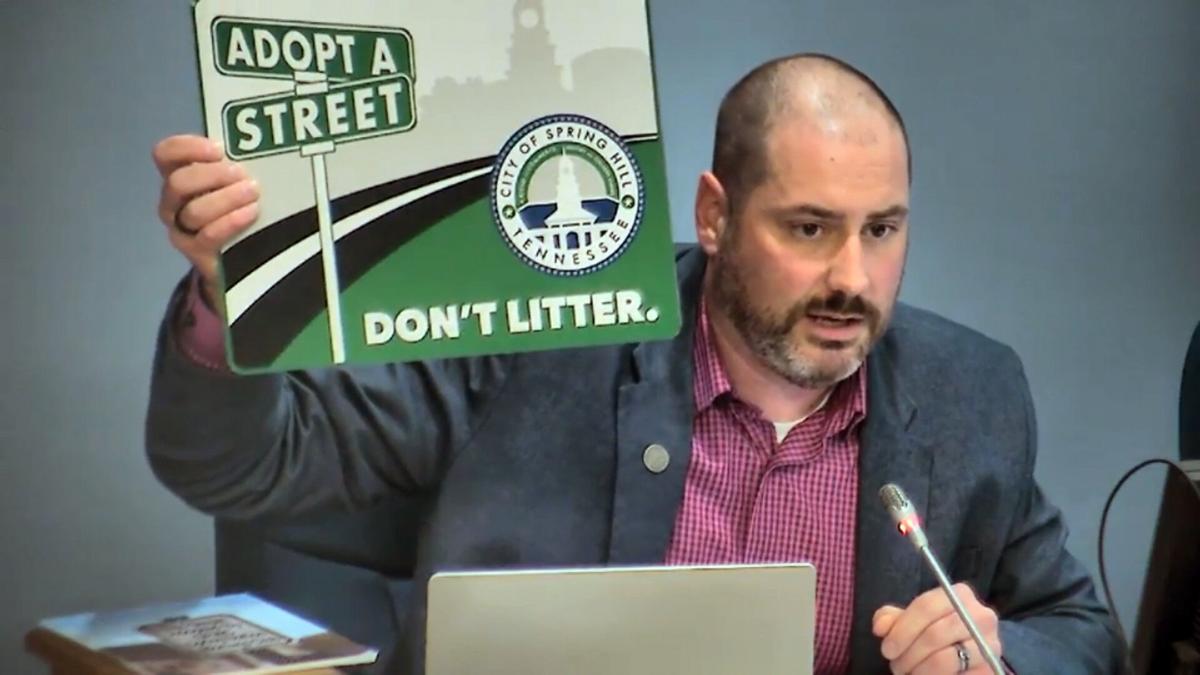 Alderman Jason Cox holds up the new signage for the Adopt-a-Street program. 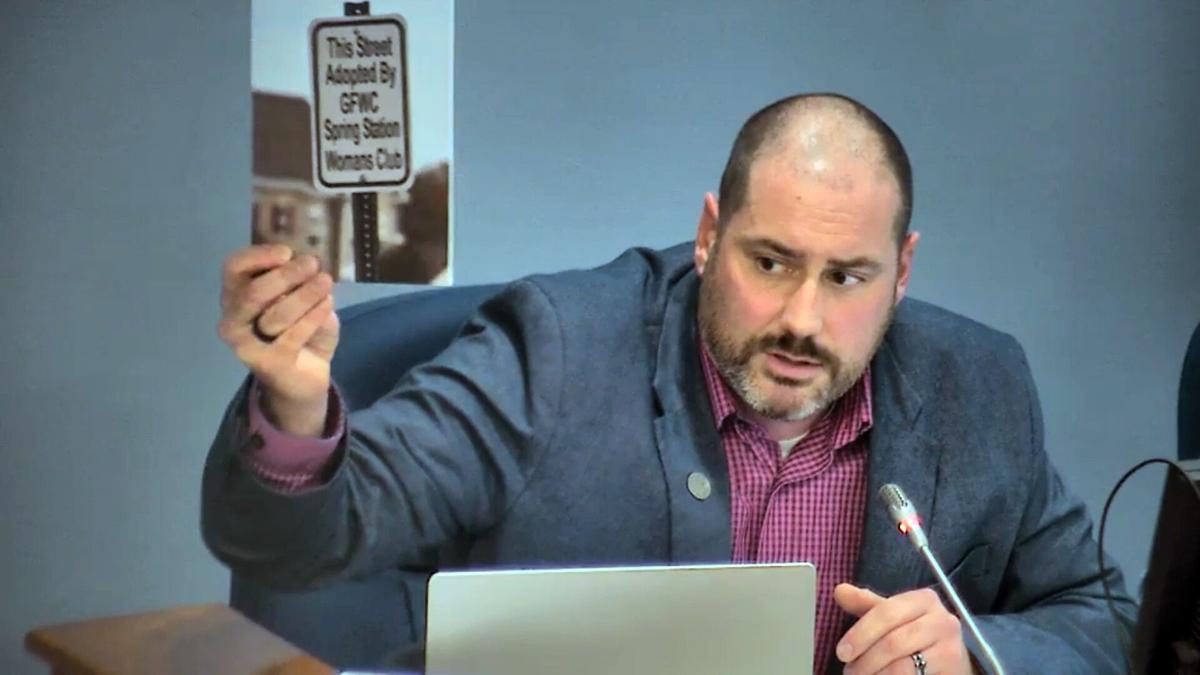 Alderman Jason Cox holds up an image of the current Adopt-a-Street program signage.

While the city of Spring Hill has had its Adopt-a-Street program for years - a program that sees groups commit to keeping a particular piece of roadway clean - results have been mixed, at least according to Alderman Jason Cox.

Cox, who launched another community cleaning program earlier this year called "Keep Spring Hill Clean," noted Monday during a city meeting that the logistics behind the city's Adopt-a-Street program were cumbersome at best. In an effort to help draw more participation from the community, however, Cox said that the city had recently revamped the program.

One of the issues with the program, Cox said, had been its promotion.

"We've fallen short on promoting, partly because there wasn't really a good spot to point people to," Cox said. "The signage [is] tough to read, kind of small, so we've made some improvements there."

The current signs signifying a particular road had been adopted by a group, Cox said, wasn't exactly eye-catching. Having brought an example of the new signage with him Monday night, Cox showed those in attendance a much brighter, more eye-catching sign. The name of participating organizations will also be posted with new signage.

Cox also said that the application process for groups to adopt a street was "daunting" and "a mess." Now, instead of groups being given stacks of paperwork to fill out, those interested in participating in the program can fill out a simple application sheet online.

Some groups that currently participate in the program are Williamson Pediatric Dentistry and the Spring Station Woman's Club, though Cox noted that all three of Spring Hill's fire stations will soon also be participating in the program.