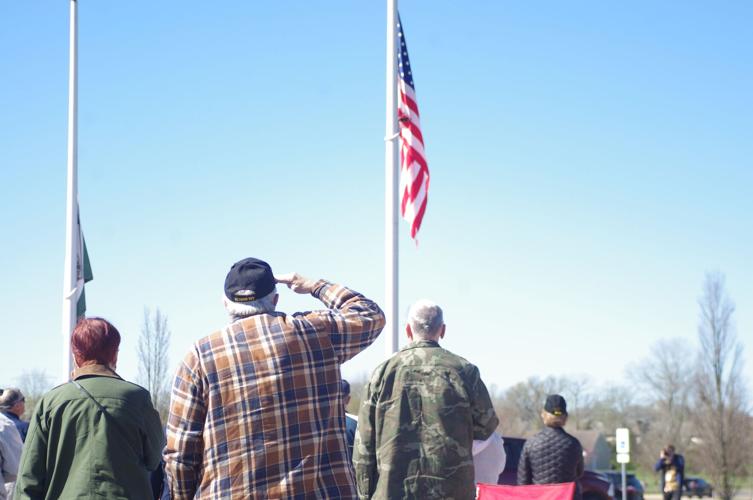 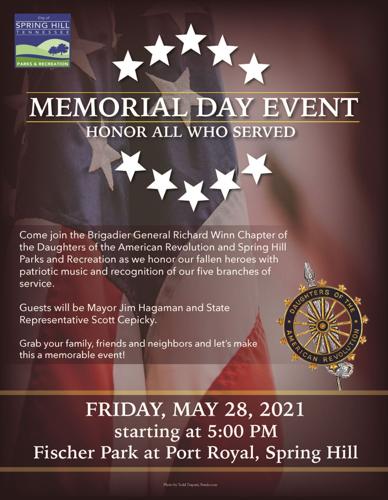 The Daughters of the American Revolution along with the Spring Hill Parks and Recreation Department are inviting residents to attend a Friday Memorial Day event at Fischer Park.

Organized in part by the Brigadier General Richard Winn chapter of the Daughters of the American Revolution, the event will honor fallen U.S. military members and will feature patriotic music and an official recognition of the five branches of the U.S. Military.

Featured speakers at the event include Mayor Jim Hagaman, along with state Rep. Scott Cepicky. The event is scheduled to begin at 5 p.m. at Fischer Park, 4285 Port Royal Road.

Memorial Day has been nationally recognized in the United States since at least 1868, and is observed on the last Monday of May.