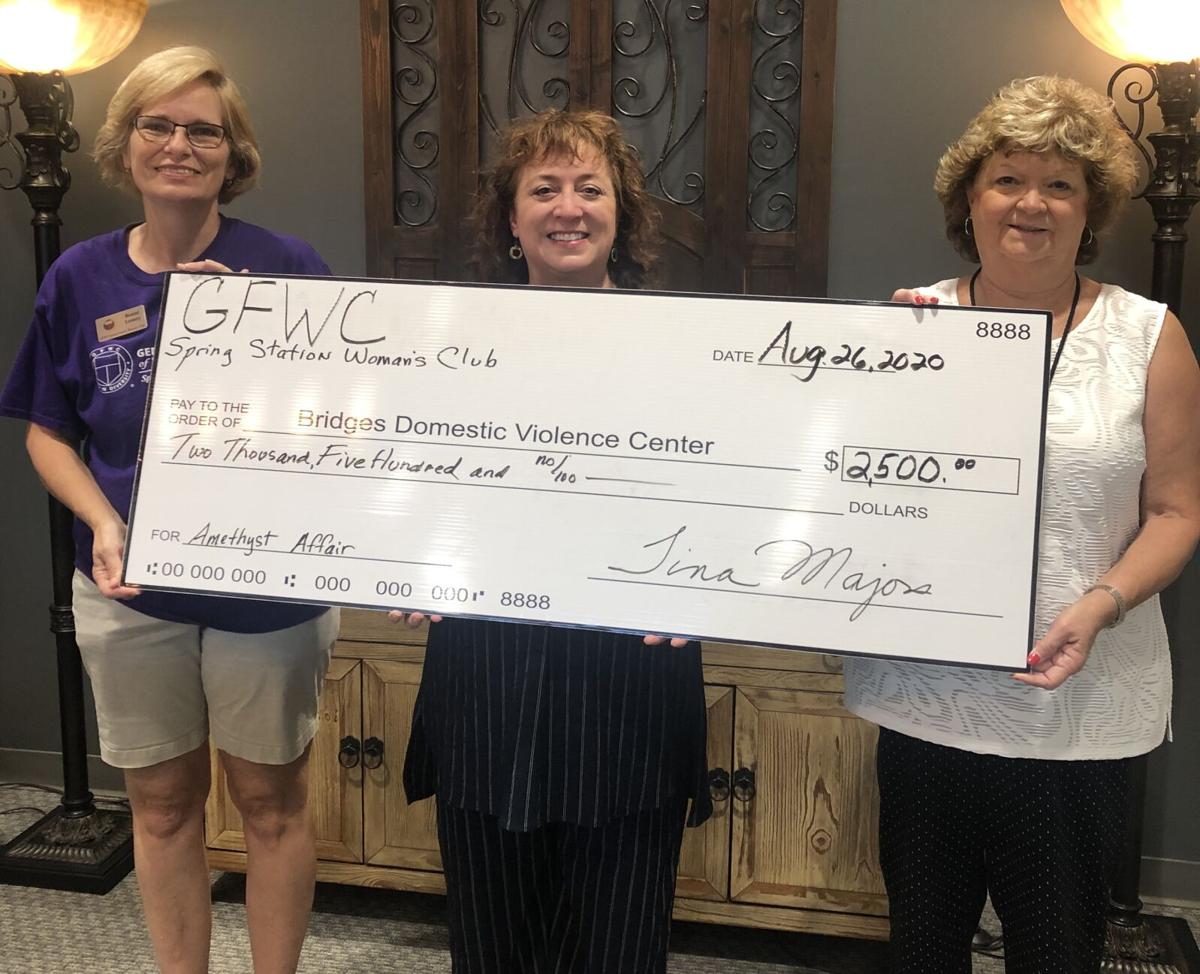 A member of the BRIDGES, a Franklin domestic violence center, accepts a $2,500 donation from the Spring Station Woman's Club. 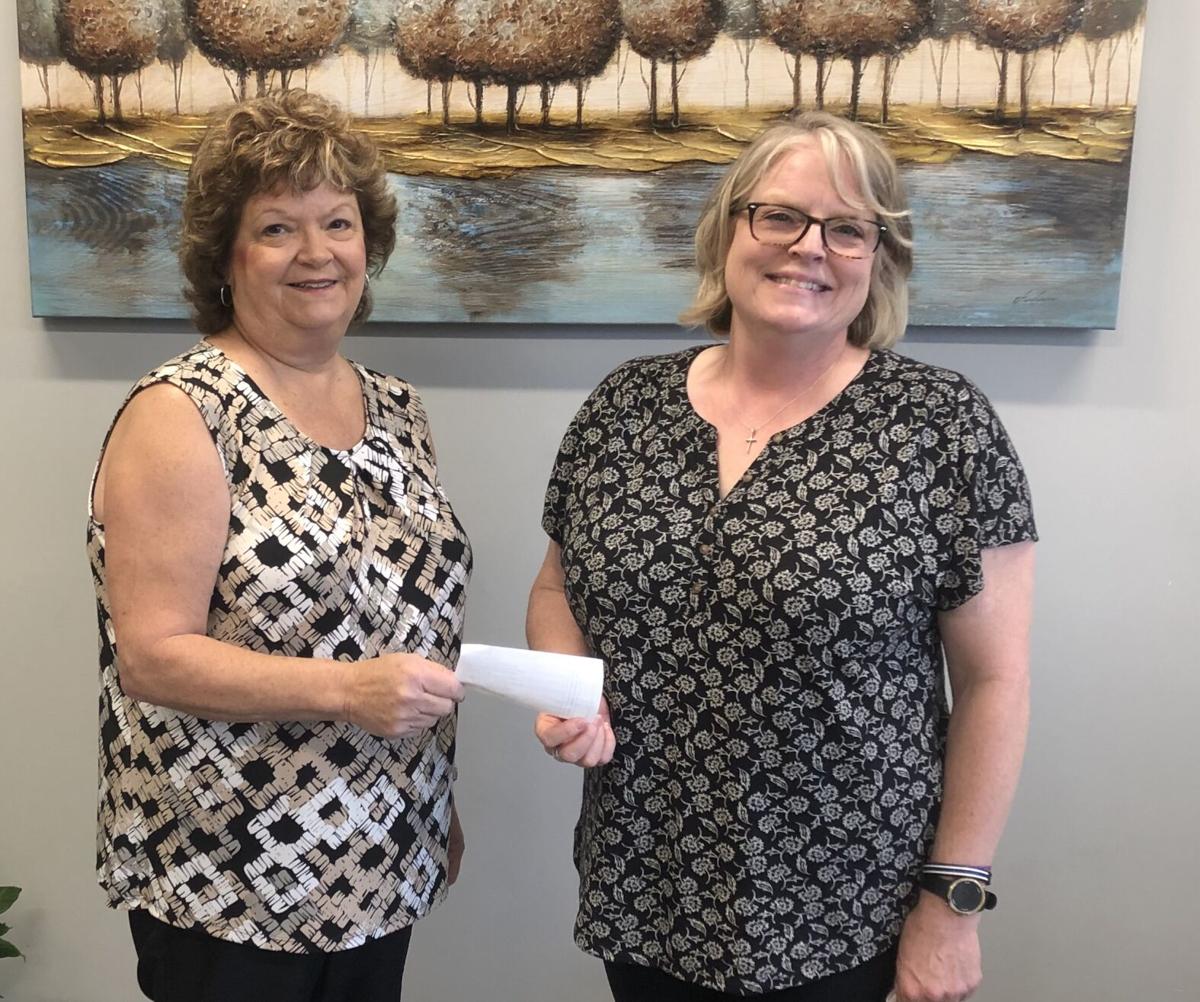 A member (right) of the Center of Hope, a Maury County-based domestic violence shelter, accepts a $2,500 donation from the Spring Station Woman's Club.

The donations were given to the Center of Hope in Maury County and BRIDGES in Williamson County. Funds were raised from the Spring Station Woman’s Club’s annual Amethyst Affair earlier this year, a formal event filled with auctions, dancing and games. Since the event’s debut more than six years ago, the Spring Station Woman’s Club has raised roughly $30,000 for local domestic violence shelters.

“Our club is thrilled that these latest donations comprise $30,000 in cumulative donations made through the years to support local domestic violence efforts,” said Barbara Pisano, President of the GFWC Spring Station Woman’s Club.

“These donations play an important role in providing safe housing, legal advocacy, and meaningful effective support to victims and their families.”

GFWC is a non-profit federation founded in 1890 that consists of over 3,000 women’s clubs across the United States. The organization advocates for civic improvements through volunteer community service.

The Spring Hill chapter, called the Spring Station’s Women’s Club, was founded in 2010, and meets on the first Monday of each month at 6:30 p.m.

For more information about the Spring Hill chapter of the GFWC, contact the organization via email at [email protected].