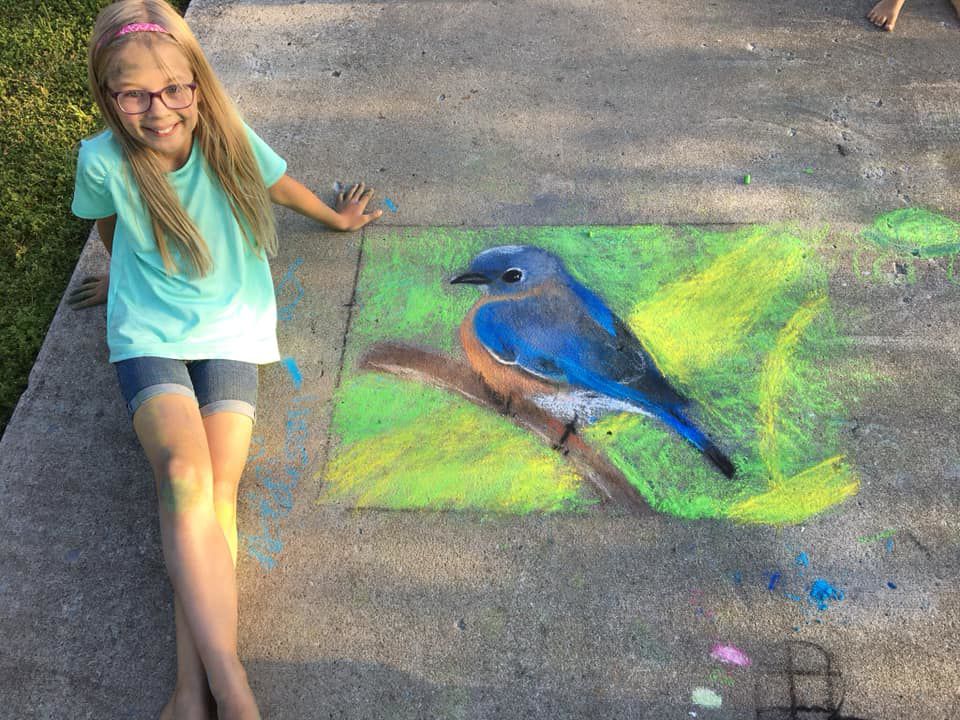 Addison tied for first place in her age category and will receive an instructional booklet for her bluebird chalk art. 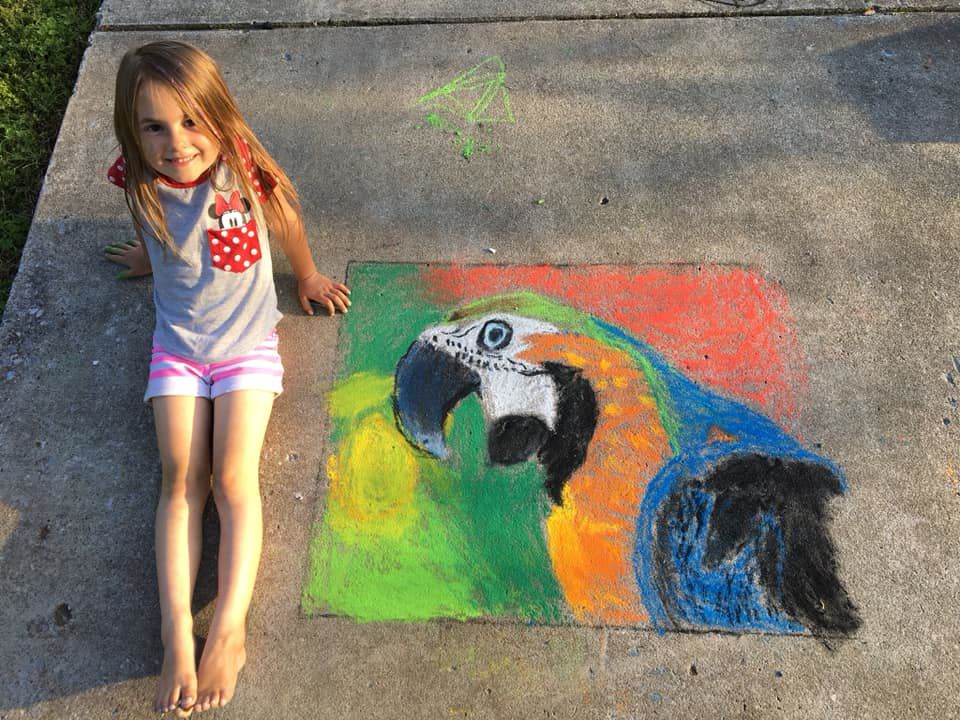 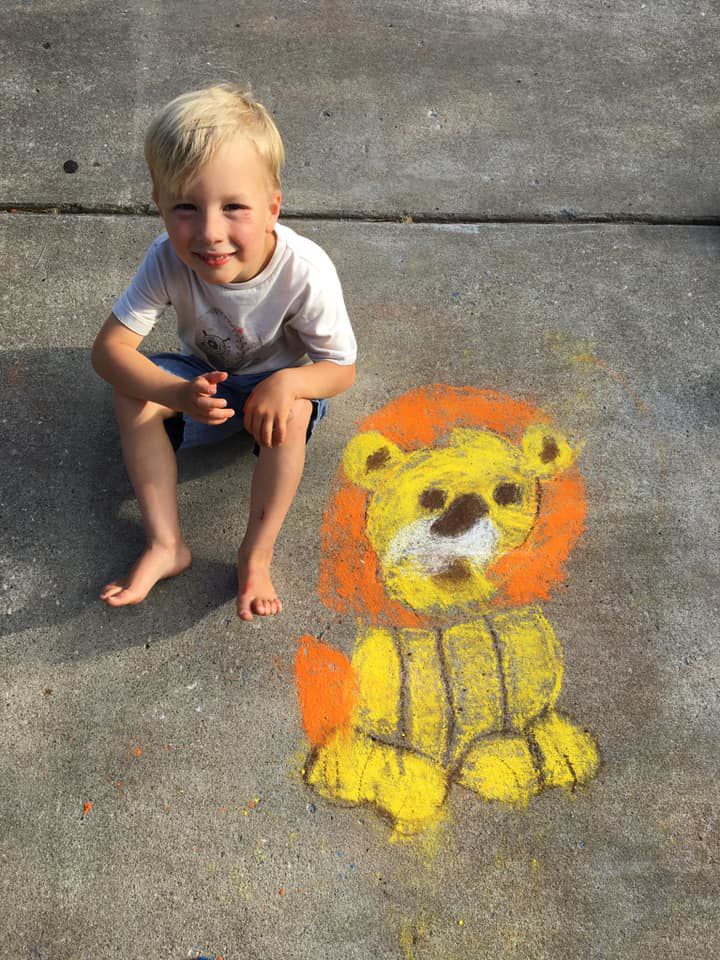 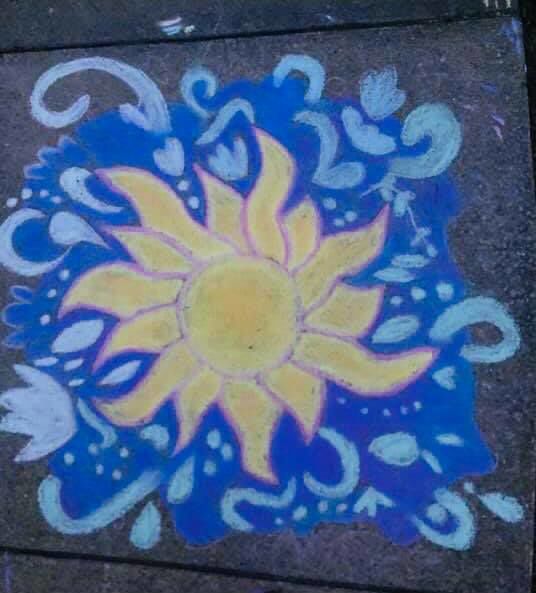 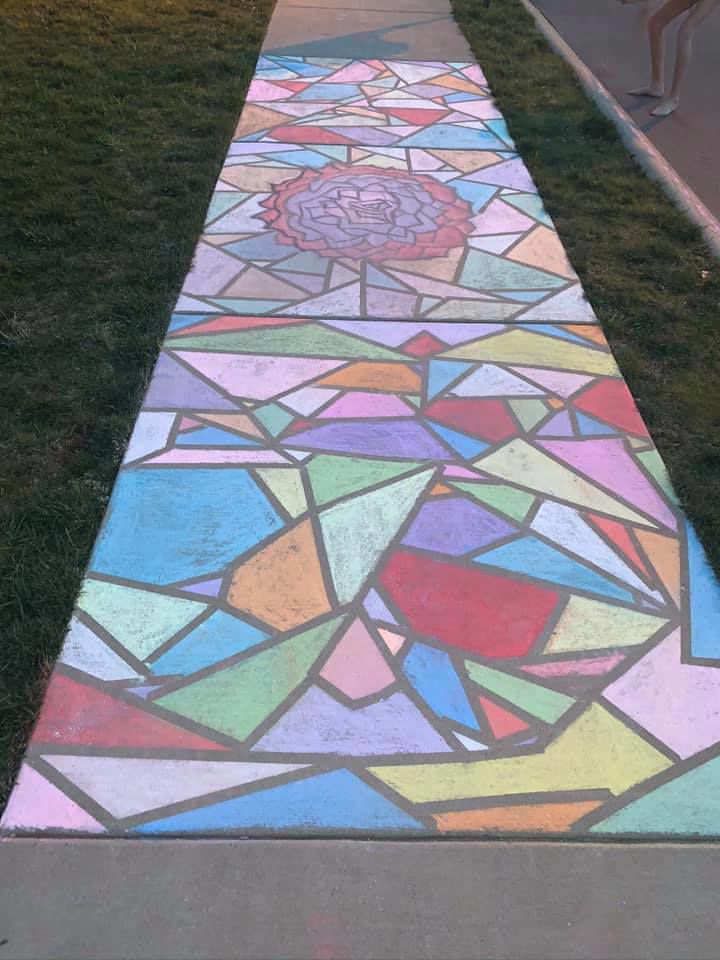 Spring Hill’s younger artists took to the pavement last month after the Spring Station Woman’s Club launched its first ever community chalk art contest — and on Tuesday, the Woman’s Club announced the winners of that contest.

The Spring Station Woman’s Club is the Spring Hill chapter of the General Federation of Women’s Clubs.

GFWC is a non-profit federation founded in 1890 that consists of over 3,000 women’s clubs across the United States. The organization advocates for civic improvements through volunteer community service.

The Spring Hill chapter was founded in 2010.

In the under age 4 category, the winner was Judah, for his lion. For his inspired depiction of the king of the jungle, Judah will receive a new set of sidewalk chalk.

In the 5-8 age category, the winner was Audrey, for her parrot. Audry will receive a set of chalk art stencils.

In the 14-18 age category, the winner was Alley for her sun drawing, who will also receive an instructional booklet for chalk art drawings.