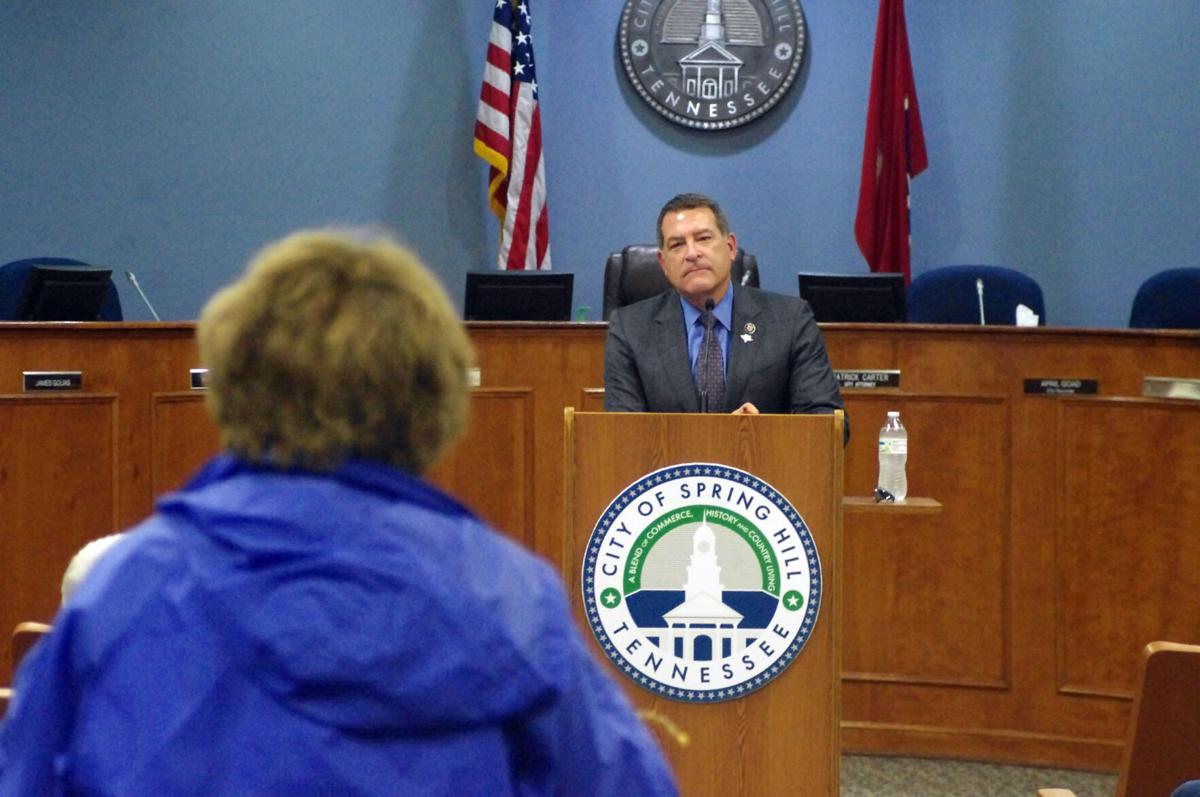 Mark Green listens to a question at his Aug. 31 town hall in Spring Hill. 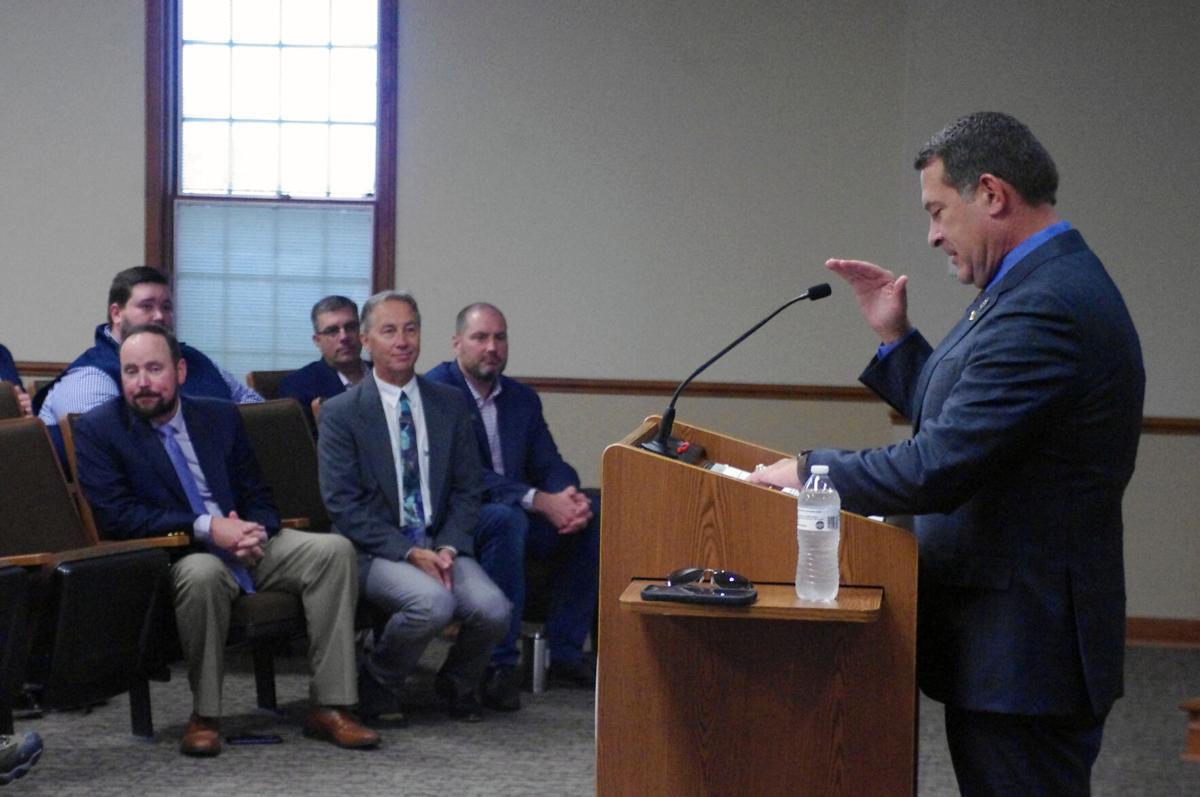 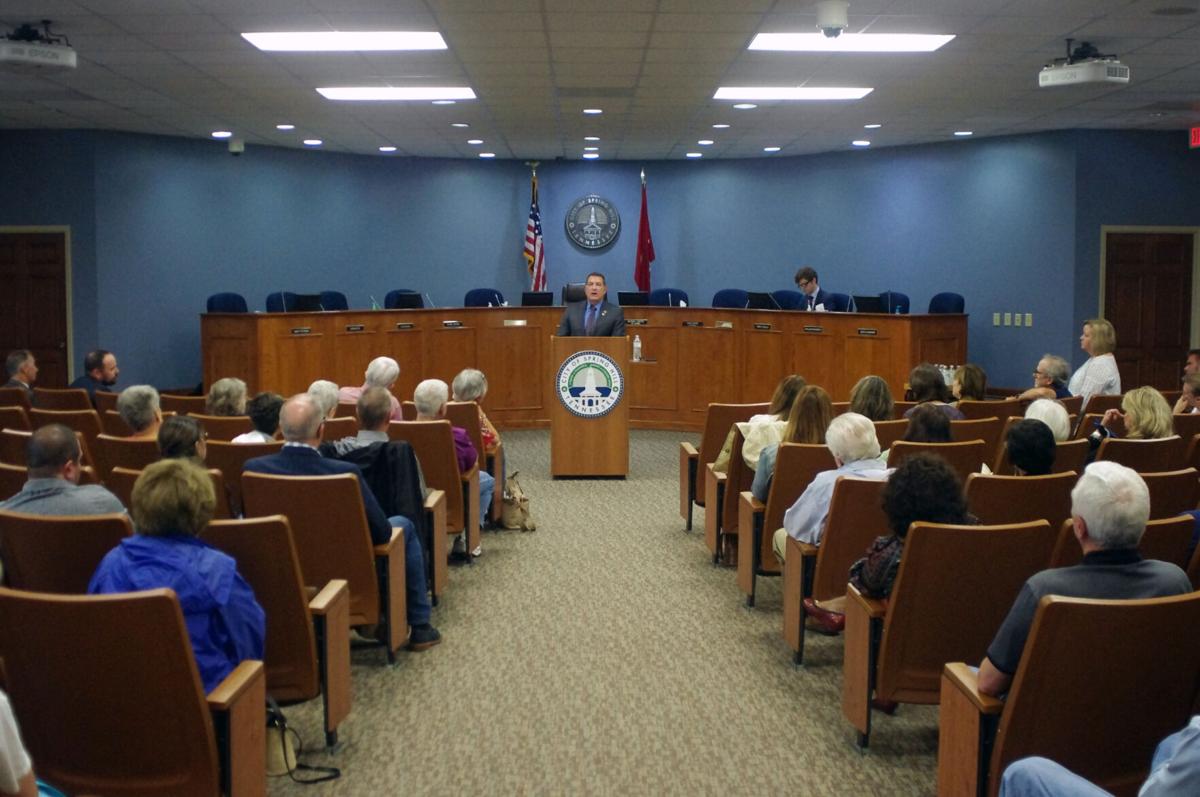 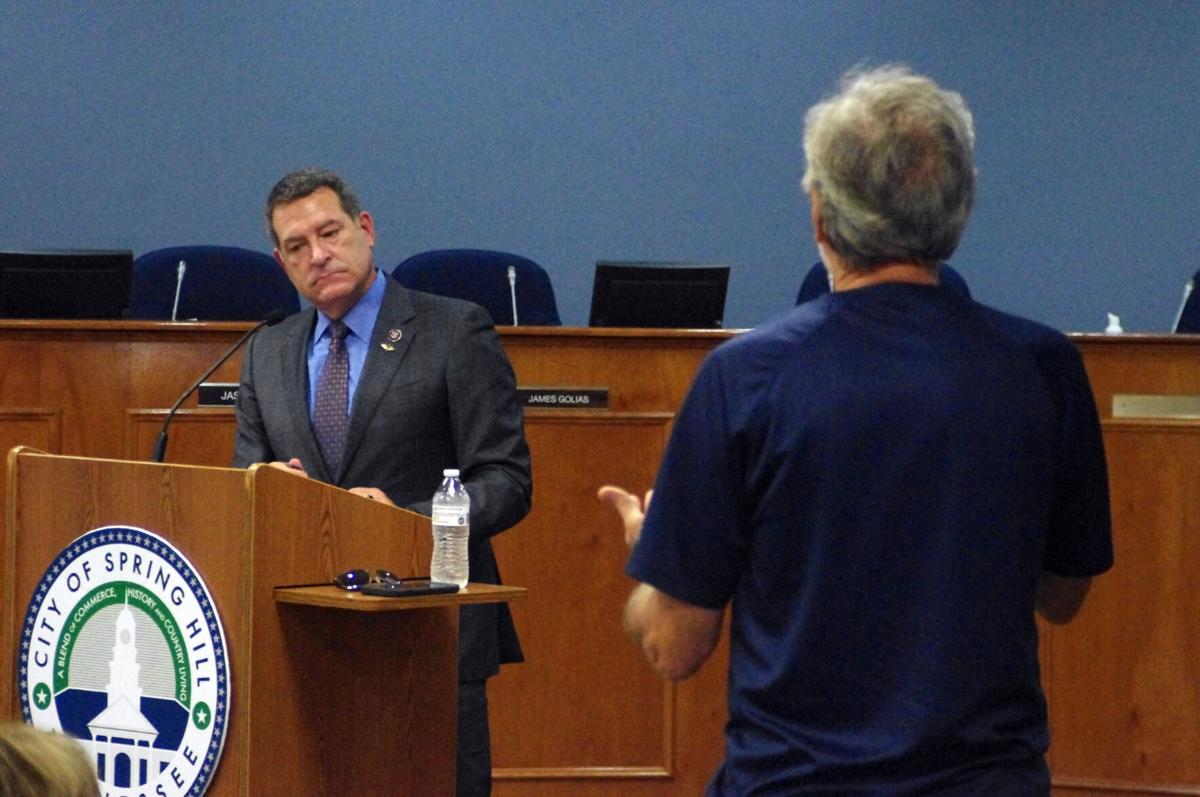 Mark Green listens to a question at his Aug. 31 town hall in Spring Hill.

While Congressman Mark Green's town hall in Spring Hill on Tuesday saw a variety of questions thrown at the House representative, by far the most discussed topic was the U.S. military withdrawal from Afghanistan, the handling of which has seen sharp criticism from Green in the past.

Joe Biden comments on the end of the War in Afghanistan

"Last night in Kabul, the United States ended 20 years of war in Afghanistan, the longest war in American history," said President Joe Biden in a speech on Tuesday.

During that speech, Biden championed his decision as the right one, and shared that to date, more than 120,000 people have been evacuated from Afghanistan.

"Most of those who remain are dual citizens — longtime residents who had earlier decided to stay because of their family roots in Afghanistan," Biden said.

"The bottom line? Ninety percent of Americans in Afghanistan who wanted to leave were able to leave, and for those remaining Americans, there is no deadline. We remain committed to get them out if they want to come out."

Green, along with many other elected officials, have been critical of Biden's handling of the withdrawal, and have demanded that the president maintain a continued presence of troops in the region until every American is evacuated. In an apparent attempt to dispel those critiques, Biden reaffirmed his pledge to do so, while also providing further context into his decision.

"Leaving Aug. 31 is not due to an arbitrary deadline, it was designed to save American lives; my predecessor, the former president, signed an agreement with the Taliban to remove U.S. troops by May 1, just months after I was inaugurated," Biden continued.

"The previous administration's agreement said that if we stuck to the May 1 deadline, the Taliban wouldn't attack any American forces, but if we stayed, all bets were off. So we were left with a simple decision: either follow through on the commitment made by the last administration and leave Afghanistan, or say we weren't leaving and commit another tens of thousands more troops going back to war."

"That was the choice, the real choice; between leaving or escalating. I was not going to extend this forever war, and I was not extending a forever exit."

At his town hall Tuesday afternoon, Green said he had watched Biden's remarks during his trip to Spring Hill, and told audience members that it wasn't the withdrawal itself that he took issue with, rather, it was the way it was carried out.

The first person to pose a question to Green asked him how the United States could help support militias in Afghanistan resisting the Taliban. Green said it was a matter of putting pressure on public officials.

Another guest asked Green if he believes Gen. Mark Milley, the chairman of the Joint Chiefs of Staff, should resign due to Afghanistan's collapse in a matter of weeks during the U.S. withdrawal.

Green appeared to be torn on the question.

"I know for a fact Milley went to the president and said we recommend more troops, not less," Green said.

"Biden made the decision and so the general - because it wasn't an unlawful order - went about his duty to try to make it happen. Unfortunately for Milley, [he] tried to sell it as a good idea. That's where Milley made a big mistake."

Despite Green's criticism of Milley, he was hesitant to call for his resignation due to the fear of who his Biden-appointed replacement might be.

"Trump and Milley had some issues — Milley still says things that frustrate me - [but] the question is, who do we want in that job? Because I promise you, if Joe Biden picks that person, it'll be somewhat hard to the left of Mark Milley."

Another guest asked Green why so much U.S. military equipment was left in Afghanistan, which is estimated to be tens of millions of dollars' worth of armored vehicles and the like.

"The equipment was lost because of the way Biden withdrew," Green said.

"We had built a very competent fighting force in the Afghans — let me explain because many of you are probably going 'what do you mean, they quit and ran.' They had been carrying the ground war since 2014, they have taken 50,000 casualties since that time — they have not been afraid to fight."

Green went on to argue that Biden's decision to cut further military and private contractor support further hurt the Afghan Army's ability to fight against the Taliban.

"During that time though, our contractors were providing combat service support; fixing their equipment, loading their ammunition packages — bombing was done for them by the U.S. Military," Green said. "They had fought the Taliban very effectively. Well, Joe Biden pulled every single one of those contractors so their equipment couldn't get fixed, no bombing for [them], so they [were] completely on their own."

While Green laid the blame of the failure of the Afghan Army squarely on Biden's withdrawal, the Afghan Papers — a collection of government documents published by The Washington Post in 2019 — reveal the U.S.-trained Afghan Army had been plagued with corruption for years, a revelation reiterated by Afghan Col. Hanif Rezai on Tuesday.