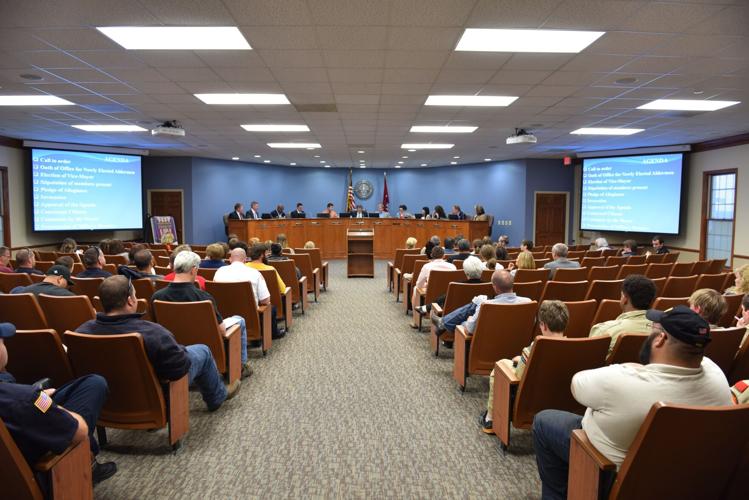 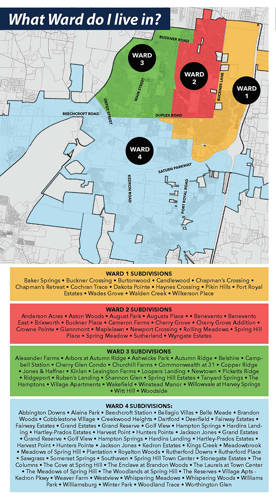 Listed above are the four wards of Spring Hill, along with the associated subdivisions.

On election day, there will be four seats up for grabs on the Spring Hill Board of Mayor and Aldermen, as well as the mayor's seat. Residents considering running for office will have until Jan. 21 at noon to qualify as a candidate in the election.

For your convenience, here's everything you need to know about getting on the ballot this April.

What are the requirements needed to run for office in Spring Hill?

There are four wards in Spring Hill, with each area being represented by two aldermen. With aldermen serving staggered four-year terms, only one alderman seat is up for election every two years.

If the area a resident has lived in became annexed from either the ward or the city limits since April 8, 2020, that resident shall still meet the residence requirement needed to run for office.

What documents do I need to submit?

There are four main documents interested residents will need to complete and submit to become an eligible candidate, though some candidates will only be required to submit three.

All forms may be picked up at the Maury County Board of Elections Office at 1207A Tradewinds Drive in Columbia.

Firstly, an appointment of treasurer (Form SS-1120) must be submitted. This form designates who the potential candidate would like to appoint as their treasurer, which could be anyone, including the candidate themselves.

No money can be received or spent on a campaign until this form is completed and submitted to the Maury County Board of Elections Office. This form will be accepted until January 21 at 12 p.m.

Potential candidates must also fill out and complete a statement of interest (Form SS-3044). This form asks potential candidates to explain their interests in running for office - a sample form may be viewed online by clicking here.

Potential candidates are also required to obtain a petition and get at least 25 signatures from registered Spring Hill voters. Signers must only reside within Spring Hill city limits, and are not required to reside within any particular ward. The Maury County Board of Elections suggests that potential candidates obtain 50 signatures on the chance that a signer turns out to not be registered to vote.

The financial report is required to be submitted to Maury County Board of Elections Office by April 1, or seven days prior to election day. This report will include financial transactions made between July 1, 2020 and March 31, 2021.

"Keep up with what your spending," said Maury County Administrator of Election Todd Baxter. "If you're getting close to that $1,000, let me know and I can get you the form."