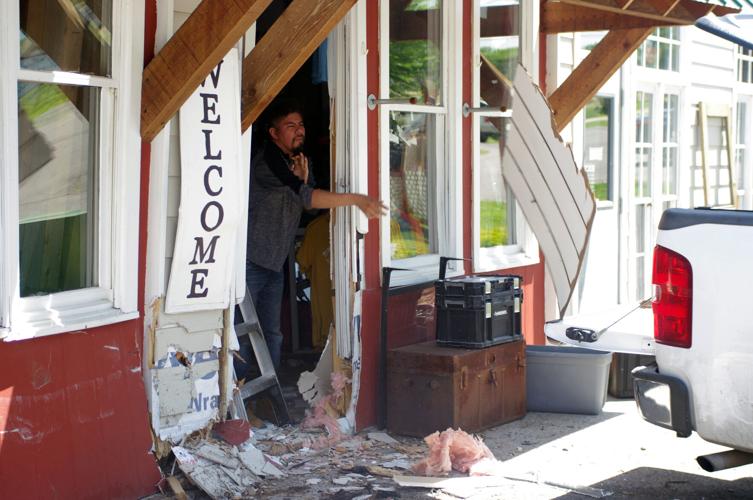 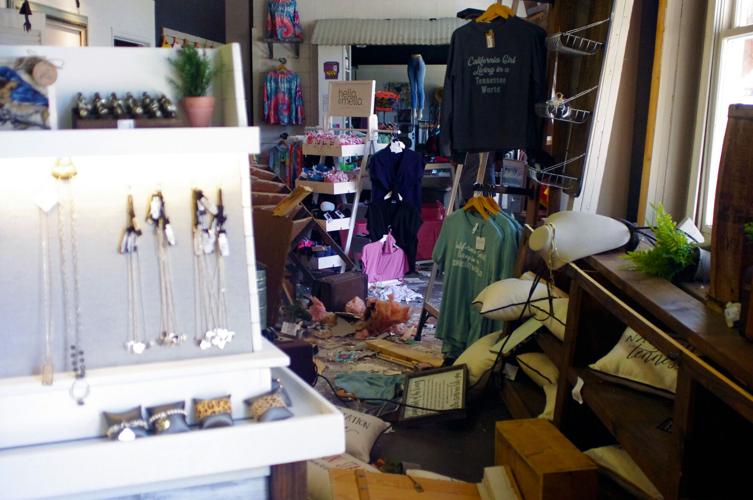 Vintage 615 inventory scatters the floor of the business following the Friday morning crash. 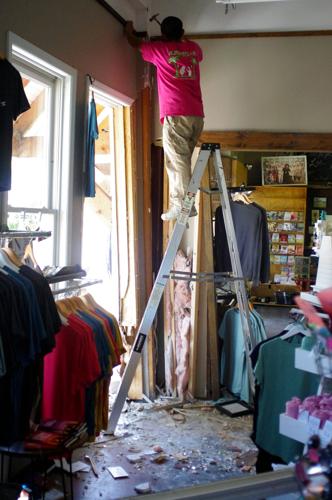 The extent of the damage to the structure of the building is unknown as of yet.

The Spring Hill boutique store Vintage 615 will be closed until further notice after a vehicle veered of U.S. 31 early Friday morning and crashed into the front of the business.

The driver of the vehicle is believed to have suffered a medical emergency according to Spring Hill police, causing him to veer off the road while heading northbound on Main Street. The driver is currently being treated for non life-threatening injuries at Williamson Medical Center, with no other injuries reported.

Margaret Ziegler, who owns Vintage 615 with her husband Chris, told the Home Page she received a call from police at around 6:30 a.m. Friday.

"I'm just thinking I've had a break-in or something, [but] they called and said somebody's hit your store," Ziegler said. "So the person was coming down U.S. 31, came down across the parking lot, missed a tree and a metal beam [in our store] stopped the car."

Ziegler said that the driver exited his vehicle and was walking around near the store when first responders found him. The man was then taken to Williamson Medical Center to be treated for injuries.

"I've sent out a message to all of our customers to pray for this person, and we're just grateful that that it happened at 6 a.m. this morning," Ziegler said. "Yesterday, I sat [out front of Vintage 615] with a 4 year-old — I'm just grateful that nobody got hurt."