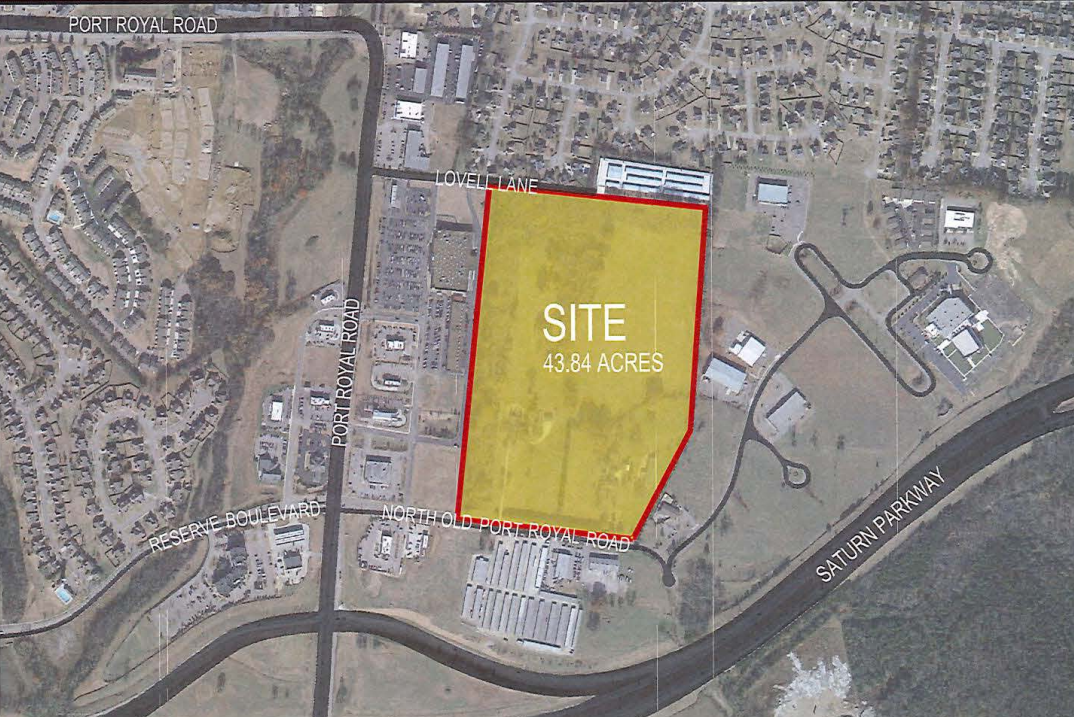 The proposed site for Kingsley Place. 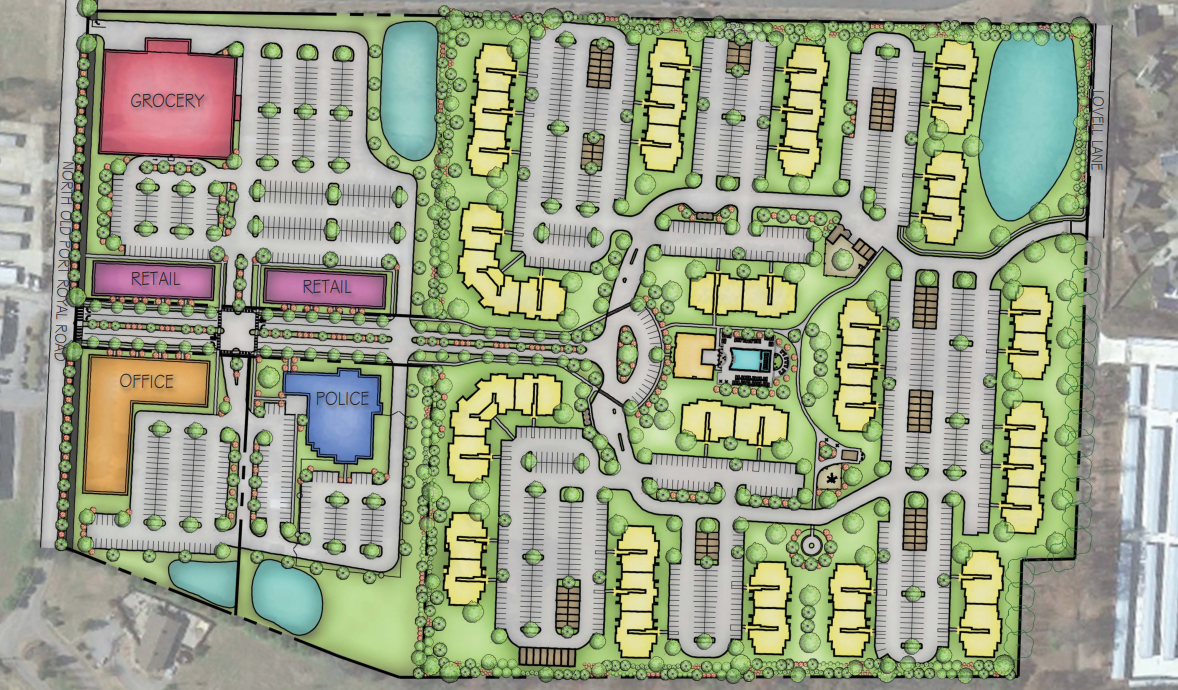 The Spring Hill Planning Commission shot down a request for site plan recommendation Monday night for Kingsley Place, a newly proposed 44-acre mixed use development project that could see a new grocery store, police station and hundreds of apartment units constructed behind the Kroger on Port Royal Road.

Submitted by WES Engineers & Surveyors, the project includes 516 apartment units spread across 29 acres, with with the remaining 15 acres comprising of grocery, retail and office space. Of those remaining 15 acres, 3.5 will be "dedicated to the city of Spring Hill for a new police department," per the project's description.

Breaking down the project for planning commissioners, Planning Director Steve Foote explained how the high-density of the residential portion of the project had not gone unnoticed, both by city staff and concerned citizens.

“This one’s definitely heavy on the multi-family, you had some people show up last meeting that were considered about traffic on Port Royal Road - I think it is a valid concern," Foote said. "For the record, the Planning Department is not coming out in support of this request.”

In documents provided to the city by the project's developer, public benefits to the city include $2.5 million in development fees, $17.9 million in property tax, an estimated $65.2 million in sales tax and improvements to Old Port Royal Road and Lovell Lane.

Speaking on behalf of the project, Allen O'Leary with WES Engineers & Surveyors was present to answer questions from Spring Hill commissioners.

"The density of the residential in comparison to the commercial, I don’t see any changes [since the previous version of the request], so what’s the potential of seeing a reduction in the multi-family?" asked Commissioner Vincent Fuqua.

"Density-wise, I think we’re right at the density that’s allowed for what we’re asking for on the zoning," O'Leary said. "I can definitely run that by [the developers] and see what their opinions are on that."

"It’s something that I’m going to support here, but as it moves forward I may not," Fuqua said. "Just by rough numbers, I’m looking at about six trips generated per residence on this multi-family - we’re looking at 2,500 trips that are going to go through one intersection."

Perhaps Fuqua's greatest concern was the impact such a residential-heavy project would have on Port Royal Road's traffic, a road that already faces heavy congestion during peak traffic hours.

Despite the project complying with all city requirements dictated by the site's zoning, as relayed earlier in the meeting by Foote, commissioner after commissioner voted against favorably recommending the project to the city's Board of Mayor and Aldermen on the grounds that the infrastructure simply couldn't support it.

"I’m not going to be supporting this, I’m concerned about the phasing if all the residential is coming in before the commercial," said Commissioner James Golias, referencing the project's phasing.

"One of the public benefits listed is the sales tax - well, I’m worried, when’s the sales tax going to come? We just keep putting a lot of residential in, and it just seems to not be a good mix in my opinion."

"We’re at the limit of our allowable density - we hit that all the time in all these applications that come through, and we just keep maxing out everything," Downing said.

"Because of those things, I always have a very difficult time with the larger density applications. On the surface layer, I don’t really have a huge issue with what you’re trying to propose here. It’s just the density [that] gets me."

Ultimately, the vote to favorably recommend the project failed 3-4, with Commissioners Downing, Golias, Brent Legendre and Michael Brown voting against the measure.