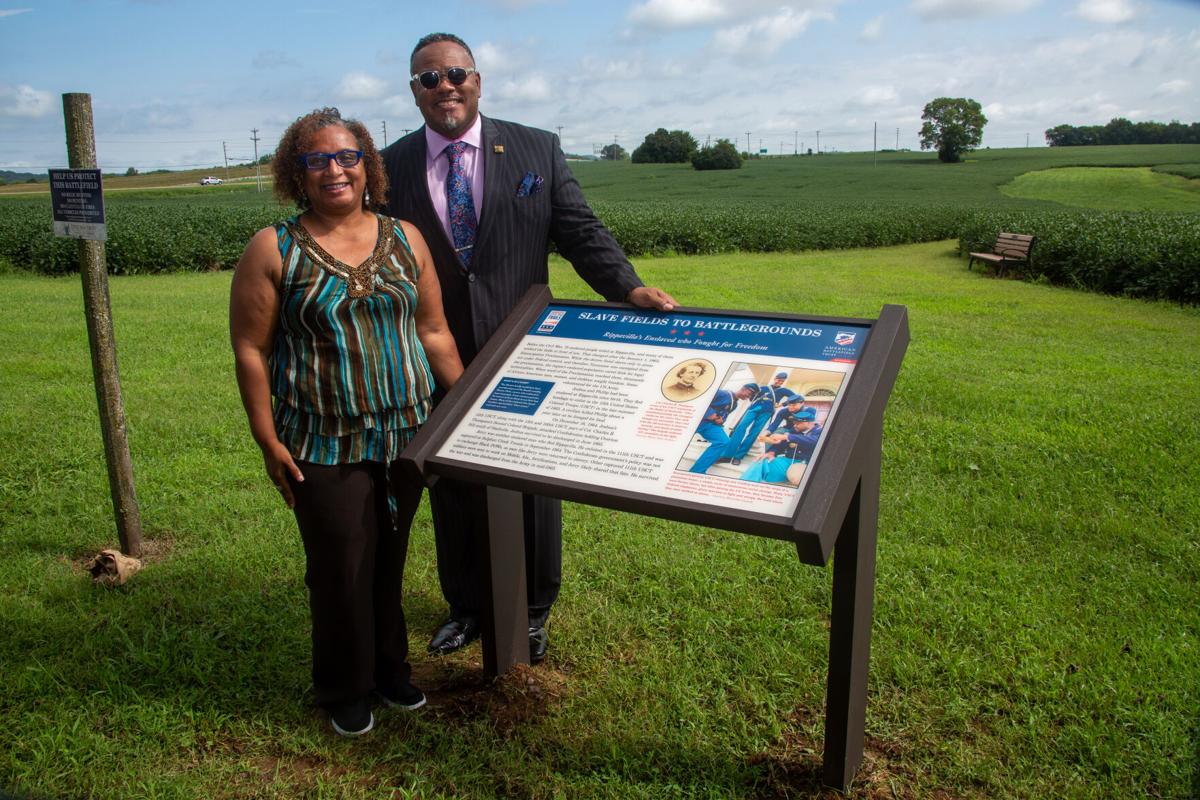 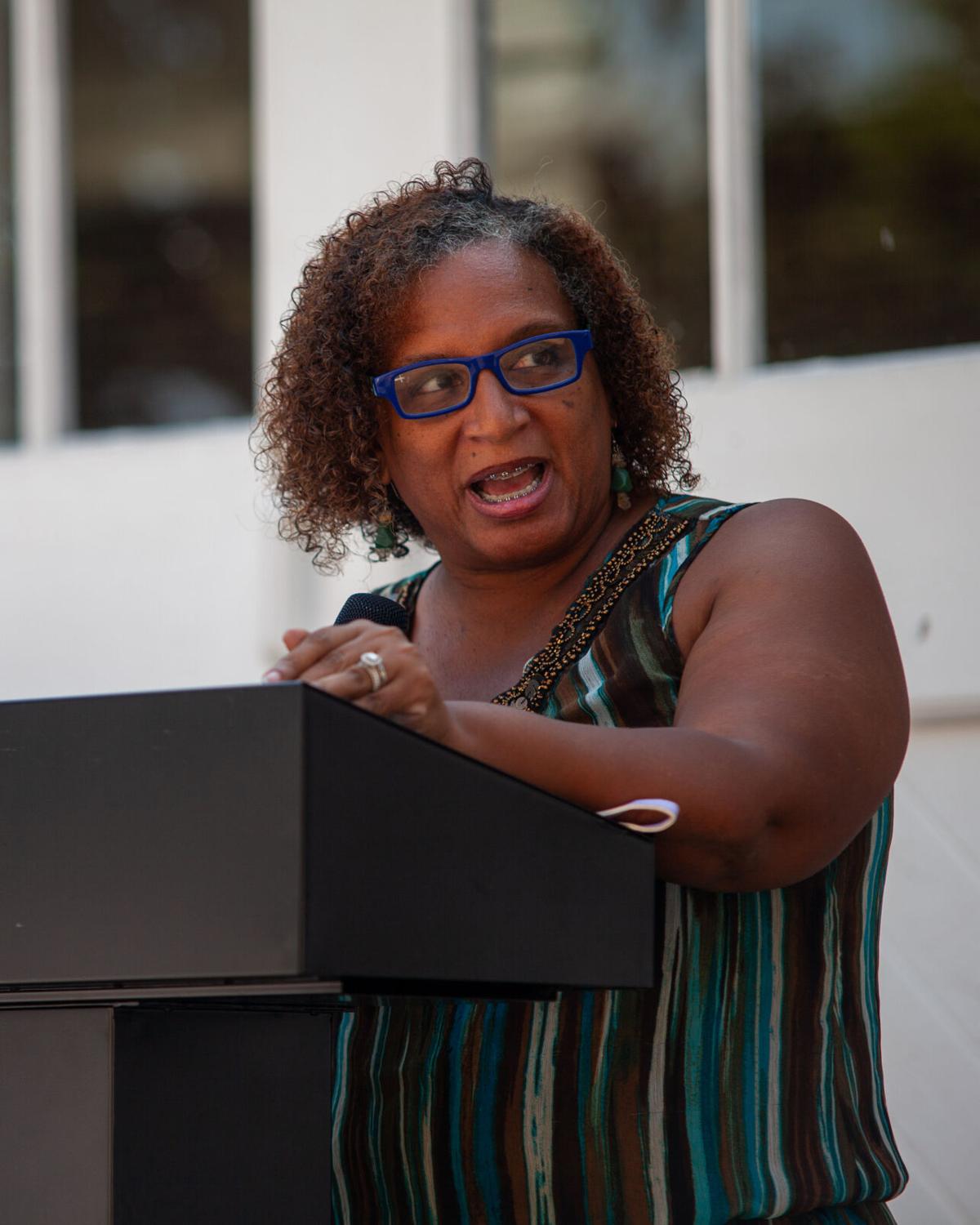 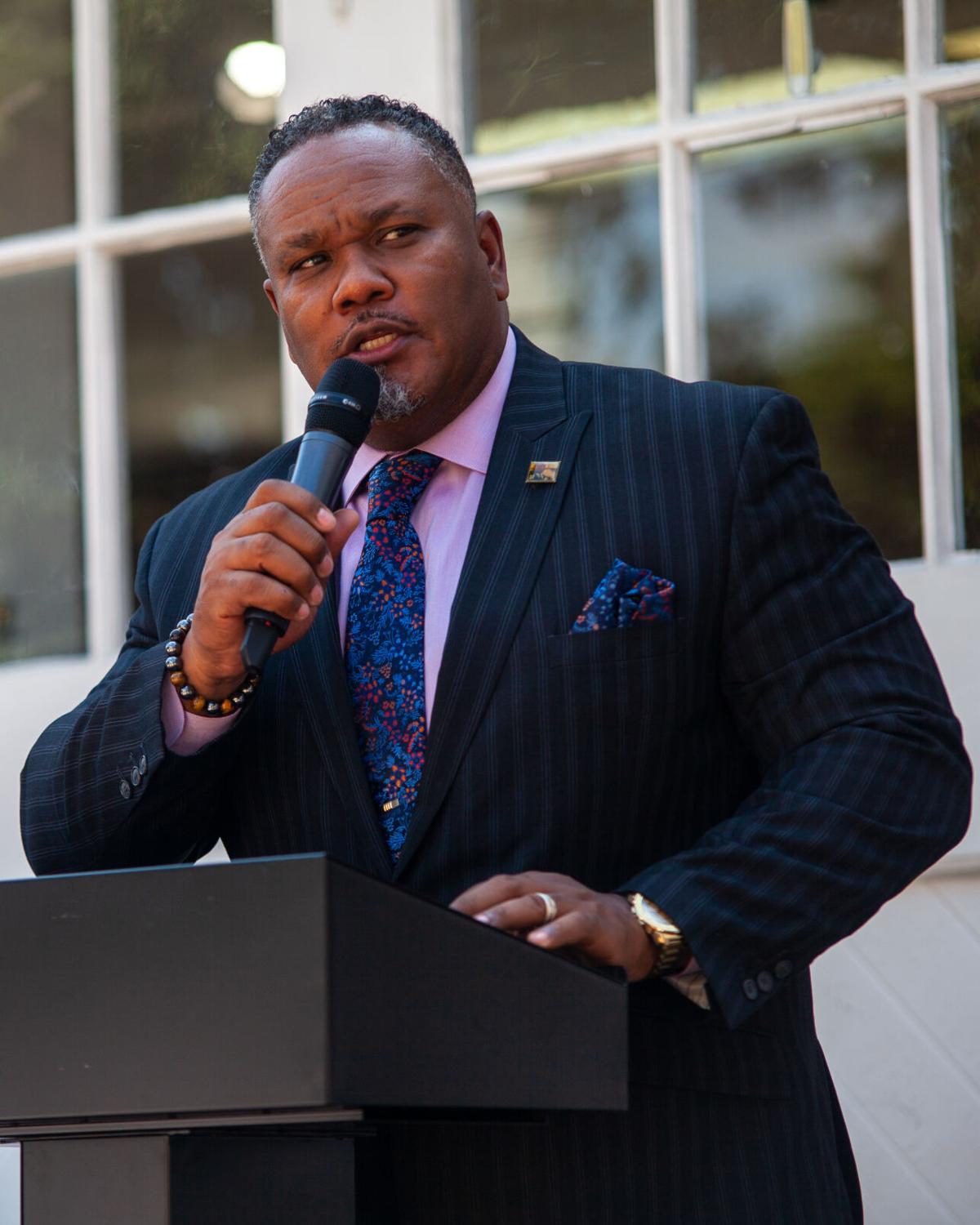 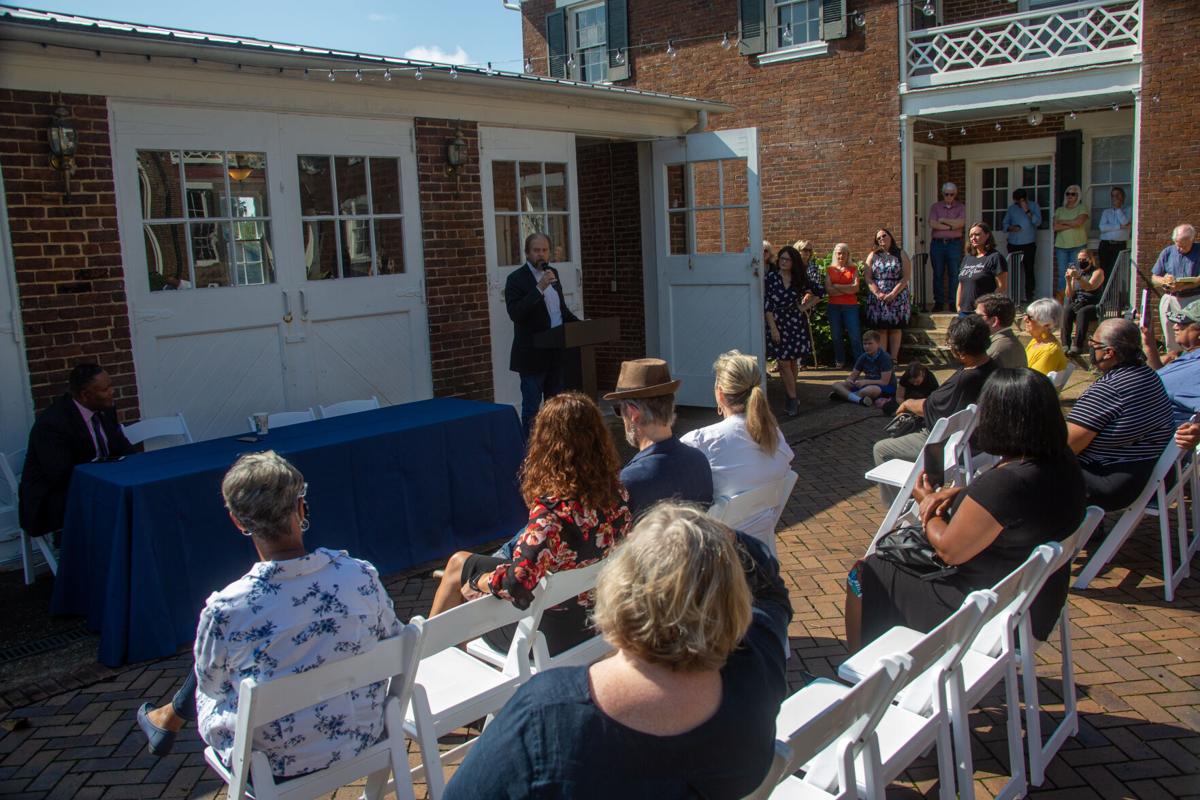 After the Battle of Franklin Trust took over management of Rippavilla Plantation in May of this year, BOFT chief executive officer Eric Jacobson and his team set their sights on telling a fuller story of one of Spring Hill's most historic sites.

Much like their "Fuller Story" initiative in Franklin, which saw the unveiling of historical markers around the Franklin Square commemorating Black stories during the Civil War, among the BOFT's first initiatives at Rippavilla was to highlight the stories of those enslaved at the plantation, some of whom went on to serve in the Union Army.

And on Wednesday, Jacobson unveiled to a crowd of about 20 people a new historical marker detailing the story of three such people; Joshua, Phillip and Jerry Cheairs, three enslaved Black Americans who were given the last name of the wealthy Cheairs family who ran Rippavilla.

"What happened here really over the course of a century from the early 1800s to the early 1900s is part of the fabric of American history, but there is a four-year period that focuses on places like Rippavilla that were forever redefined by the American Civil War," Jacobson said.

"The marker that we are going to unveil in just a few short minutes tells as much as can be told on an interpretive marker about a period of time and a group of people and a story that was not just forgotten [or] overlooked, in many ways it was intentionally cast aside."

"This ground was hallowed before, during and after the American Civil War, and it is our job to protect it, interpret it, and be honest about it, always. Going forward, that will be our mission."

Cornelia Gipson, who helps with historical preservation at Rippavilla, championed the honoring of those enslaved at the plantation.

"I am 51 years old, and like me, most are no more than four, sometimes three generations removed from slavery," Gipson said. "[Those enslaved here at Rippavilla] were survivors of an American hell, but today? We remember their sacrifice they made without receiving or seeing the reward — this reward, this honor."

Chris Williamson, the senior pastor at Strong Tower Bible Church in Nashville, also spoke during the unveiling, and thanked Jacobson and the BOFT for its dedication to telling the individual stories of black Americans, rather than telling their stories in more general terms.

"I'm so thankful for how my friends [Jacobson], [Gipson] and other historians made sure that as they spoke about the United States Colored Troops soldiers, they didn't just speak in general terms about these 186,000 people who joined the Army and the Navy," Williamson said.

"The marker that you're about to see [has] specific names of men who were born here, but fled in order to join the Army; speaking of the fact that they were people made in the image of God, people who have stories that have been around, but just not told."

The historical marker, which sits near the entrance of the plantation facing the fields in which dozens of enslaved people worked in for decades, chronicles the story of Joshua and Phillip, both of whom had been enslaved at Rippavilla since birth. In 1863, both men fled the plantation and enlisted in the 12th United States Colored Troops regiment (USCT).

The marker also tells the story of Jerry, another enslaved person at Rippavilla who fled to enlist in the 111th USCT regiment.

Also present at the unveiling was Spring Hill Mayor Jim Hagaman, who praised Jacobson and the BOFT for their efforts.

"It was fantastic, and I am just honored to be part of anything that Spring Hill does that propels the truth; in this case, the honoring of people who fought in the American Civil War with their blood, sweat and tears," Hagaman said.

"The Battle of Franklin Trust led by Eric Jacobson is a great thing for this specific [task] because he is a passionate guy, he's intelligent and he digs for the truth. So as the future comes, I am confident and glad that he is in the position he's in with his team."