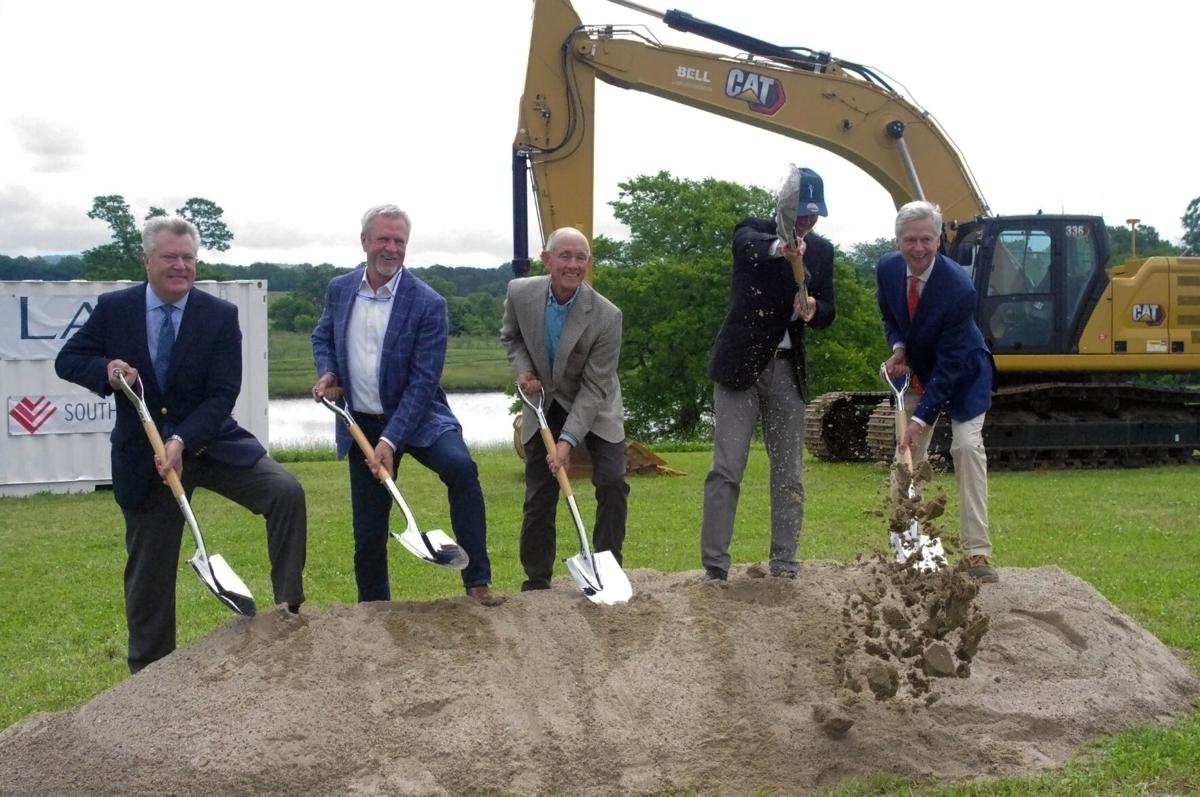 Spring Hill Mayor Jim Hagaman (second from right) sifts among the first mounds of soil during the groundbreaking ceremony for June Lake. 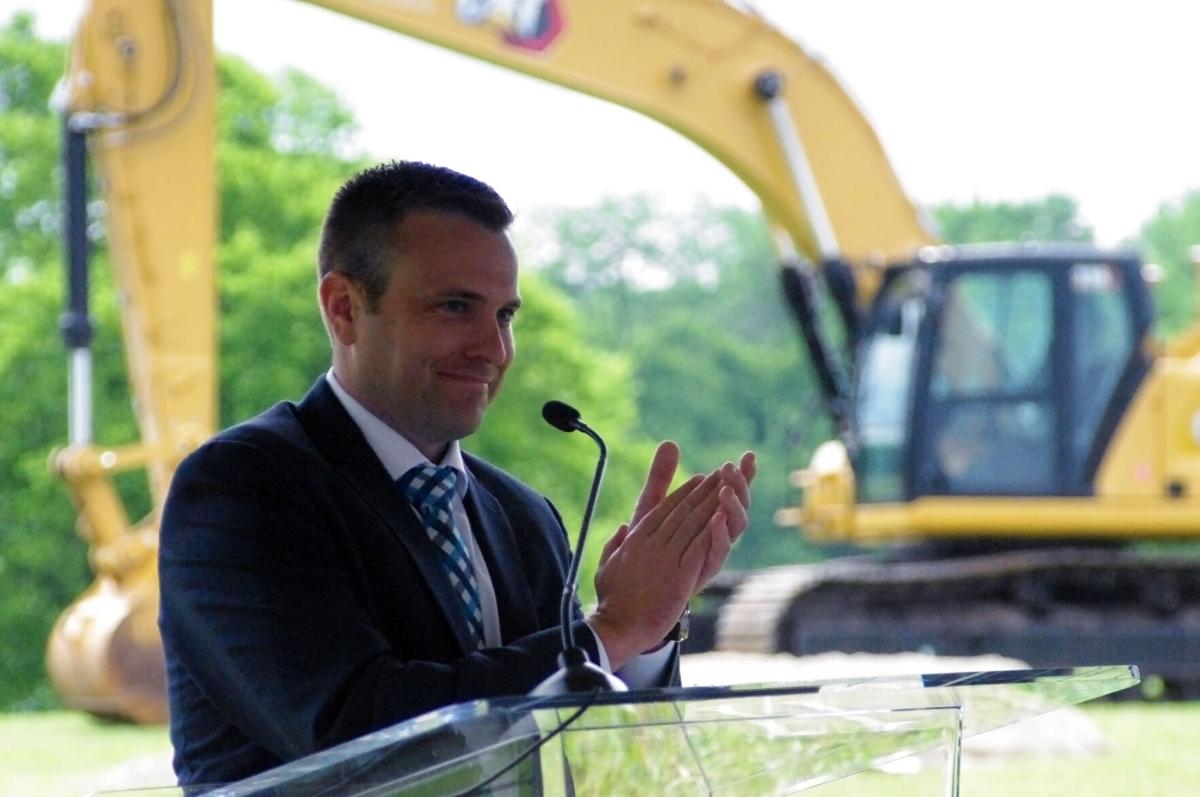 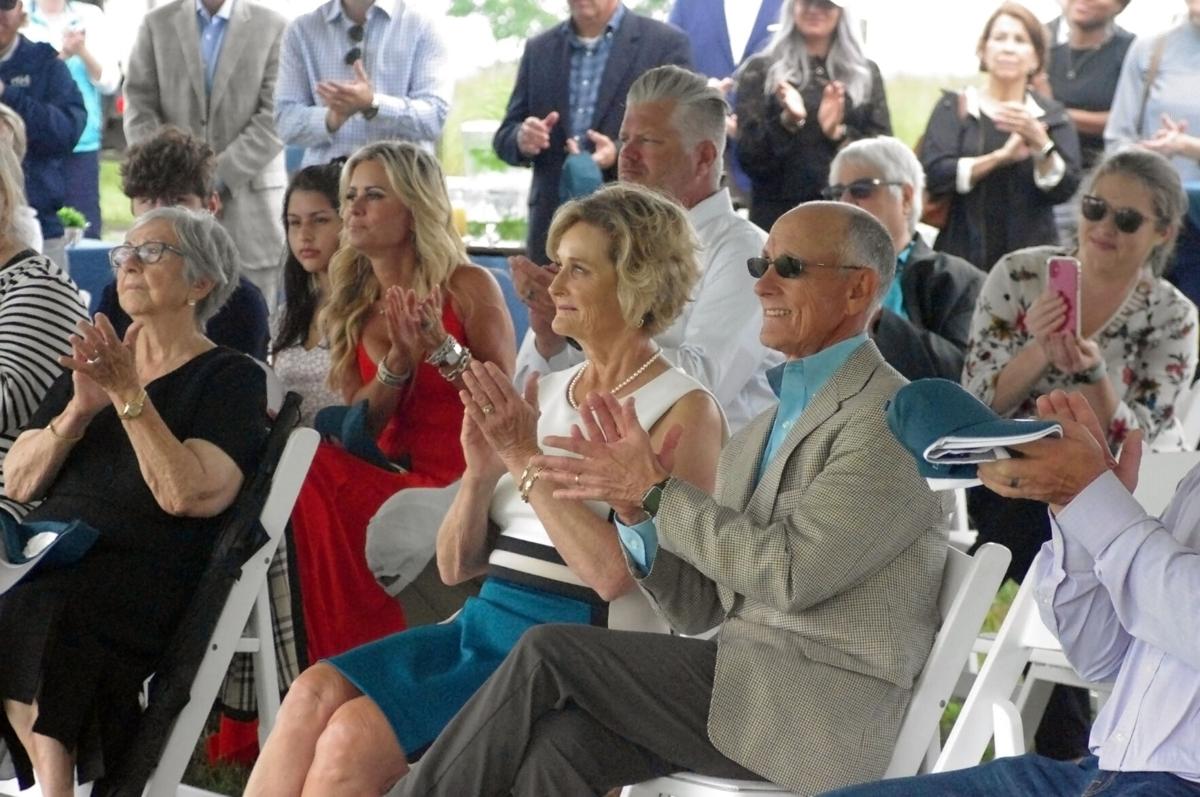 The first step in constructing the 775-acre mixed-use development project June Lake kicked off Thursday after local leaders sifted the first mounds of soil during a groundbreaking ceremony.

Located off of Buckner Lane in northern Spring Hill at what was formally Alexander Farm, the project is expected to have a 20-year buildout, and will include millions of square feet worth of retail, office, restaurant and residential space.

Developed by Southeast Venture, June Lake is single largest development project in Middle Tennessee since Cool Springs in Franklin, and has been designed to act as a gateway to the city in conjunction with the planned I-65 interchange.

To celebrate the project kicking off, Spring Hill aldermen, Mayor Jim Hagaman and members of the Alexander family all gathered at the front of a large pond at the farm Thursday morning, some of whom shared a few words before the first shovels hit the ground.

Don Alexander Jr., who not only is a member of the Alexander family but is the project manager for June Lake, shared his thanks and excitement with the 30 or so people gathered by the pond that morning, and thanked city leaders for their support.

"I'd like to recognize my father, Don Sr., for having the foresight to see the potential in June Lake, for reaching out to those with experience, for treating this endeavor as a long-term sustainable business, and for showing us the value of being patient and focusing on the creation of a high-quality product," Alexander Jr. said.

"June Lake is a walkable country-side destination where nature is the thread that weaves us together. As this continues to evolve over the next 20 years to include not just beautiful homes, but also retail stores, restaurants, offices, apartments and hotels, upon completion, June Lake will be home to over 2,900 residences, 3.9 million square feet of class-A office space, nearly 1.3 million square feet of retail space, and approximately 100 acres of community greenspace."

Alexander Jr.'s father, Alexander Sr., said the ceremony brought him a "mix of emotions;" a recognition for what's gone, but excitement for what lies ahead.

"It's such a beautiful piece of property; it's gorgeous, we love coming out here and especially bringing the kids, grandkids and great grandkids out here," Alexander Sr. said. "However, it's a large piece of property and it has another use for it now, so that's why we are glad it's going in the direction it's going."

Alexander Sr. said they had received many offers for the property over the past few decades, including plans to construct a small airport. It wouldn't be until roughly seven years ago when Southeast Venture approached them, however, that he and his family felt they had found a good use of the property.

One family member at the ceremony who grew up on the farm was Mikey Church, who said as a young boy would fish, ride 4-wheelers and horses all across the property.

"It was just really a boyhood dream... no one could really ask for much more than to have that opportunity," Church said.

"Me and my son come out here hunting, fishing and just enjoying the great outdoors. I was struck by the whole opportunity when they brought it to us, so we are excited about it and just looking forward to what it brings to the Spring Hill community."

Both Hagaman and Alderman Matt Fitterer praised the project for its uniqueness in meeting all the criteria for projects under the city's Spring Hill Rising Comprehensive Plan, and development document that outlines future growth for the city.

Following speeches from a number of local leaders, Hagaman, members of the Alexander family and others grabbed shovels and sifted the first mounds of soil on the project, officially kicking off the 20-year development of June Lake.