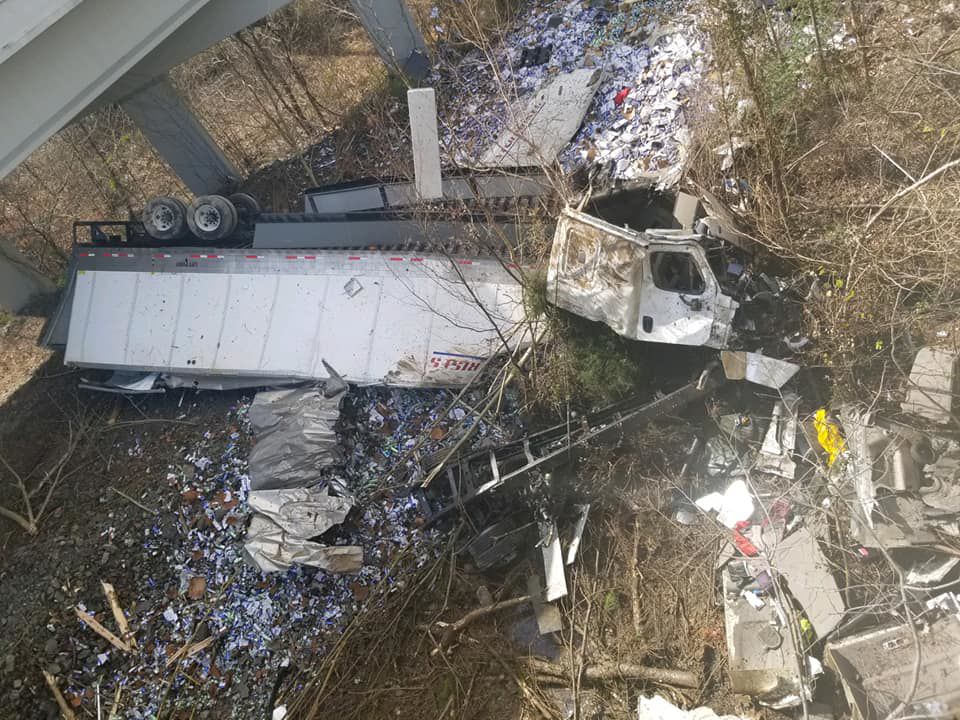 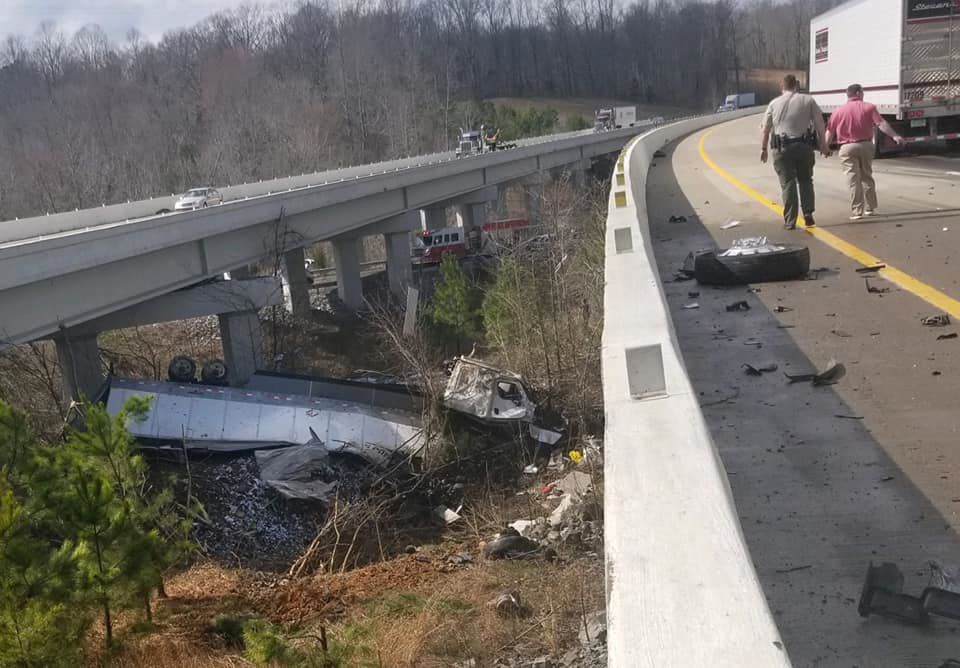 UPDATE (March 11, 1 p.m.) The Tennessee Highway Patrol is still investigating the tractor trailer that crashed off of an I-840 bridge on Tuesday afternoon, which ejected and injured the driver.

According to the preliminary crash report, 51-year-old James Keith Brown of Lucedale, Miss., was driving the tractor trailer when it ran off the westbound left lane through a guardrail and struck a bridge before crashing down the embankment at mile marker 18.

Brown, who was not wearing a seatbelt, was ejected from the overturned vehicle and was transported to Vanderbilt University Medical Center with unknown injuries.

Brown’s condition is unknown at this time, and the cause of the crash is still under investigation.

A tractor trailer ran off of a bridge on I-840 at mile marker 18 and is impacting traffic on at least one lane of travel.

According to a Facebook post by the Williamson County Sheriff's Office, the driver has been transported to a local hospital with unknown injuries, but it is unclear if the lane closures are impacting the Eastbound or Westbound lanes.

WCSO and the Tennessee Highway Patrol are advising drivers to expect delays and seek alternate routes if possible.

This is a developing story.