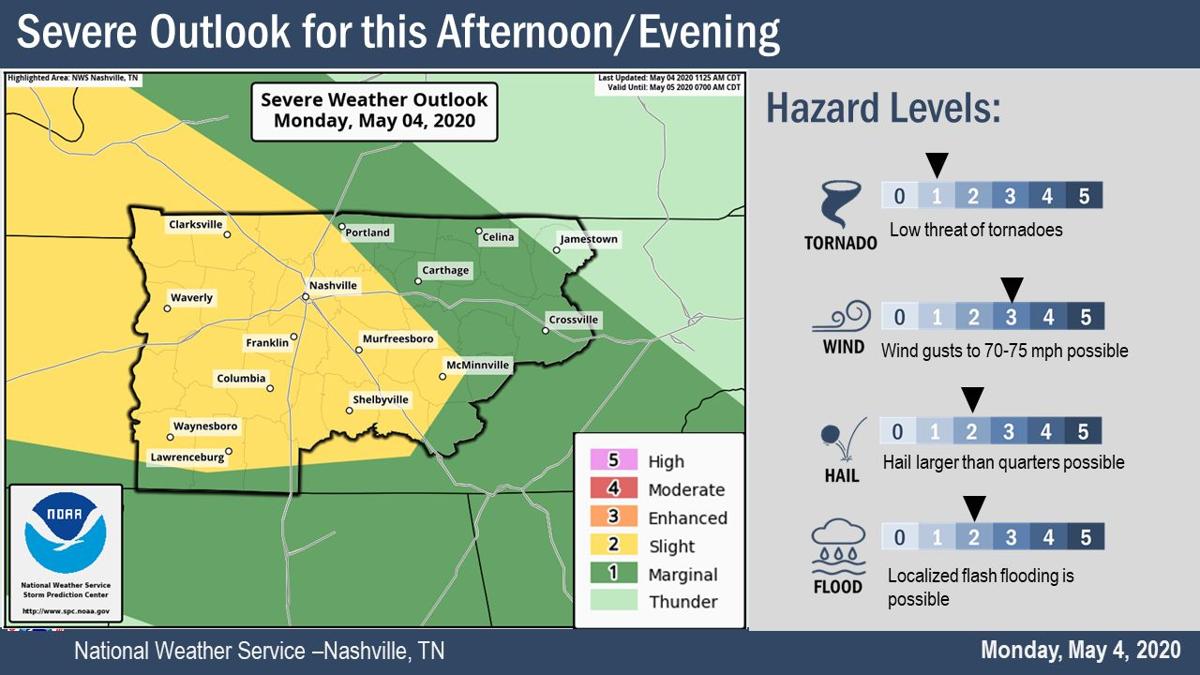 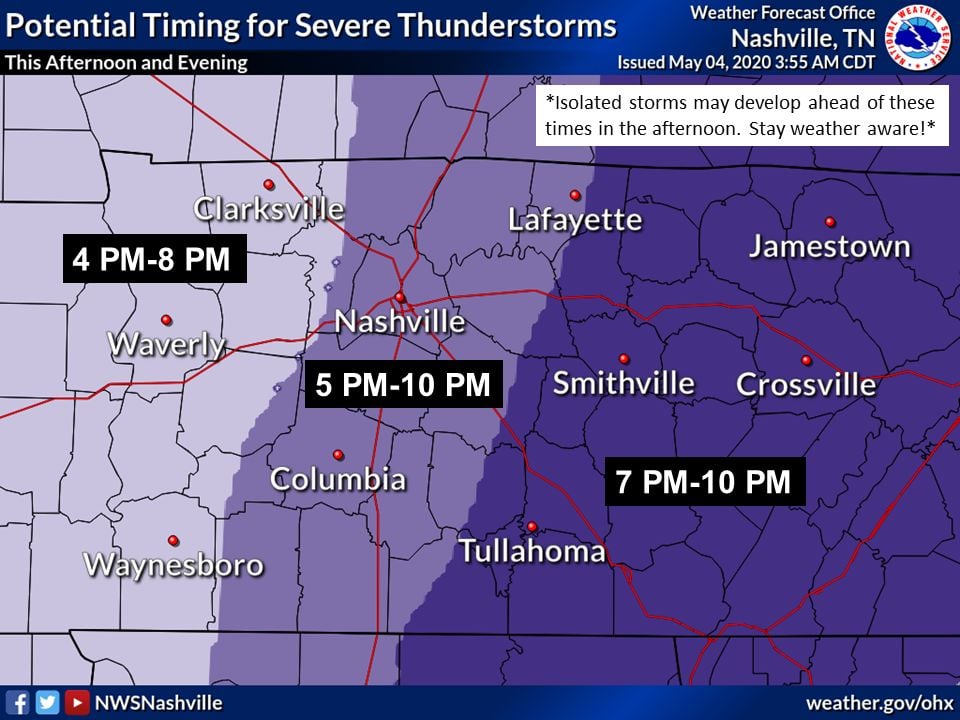 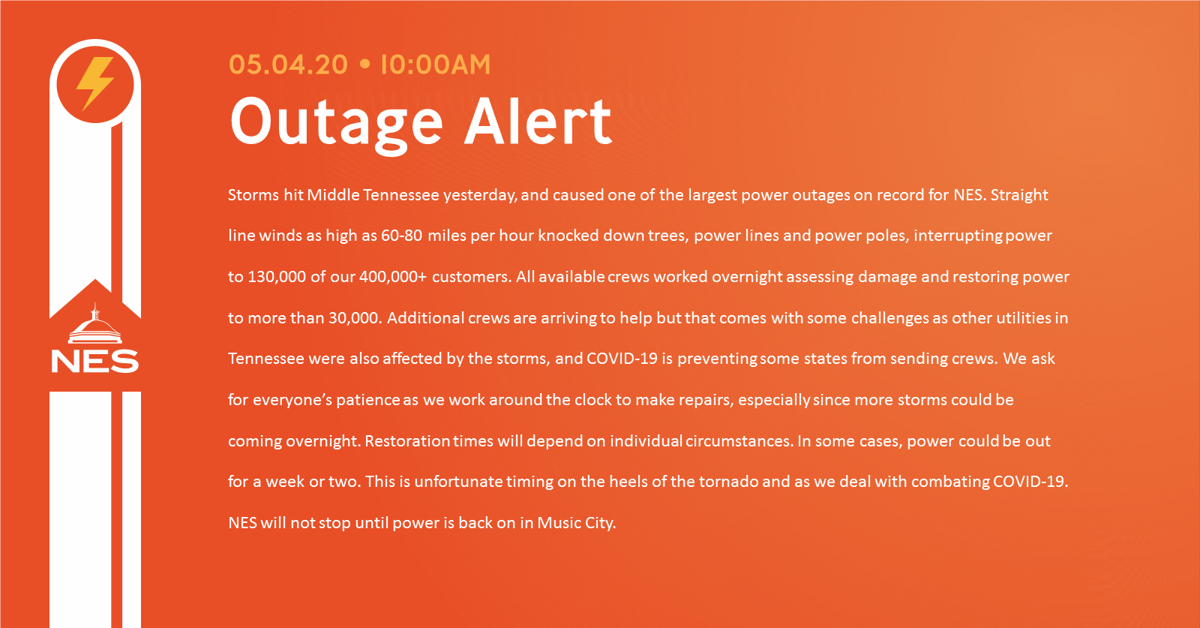 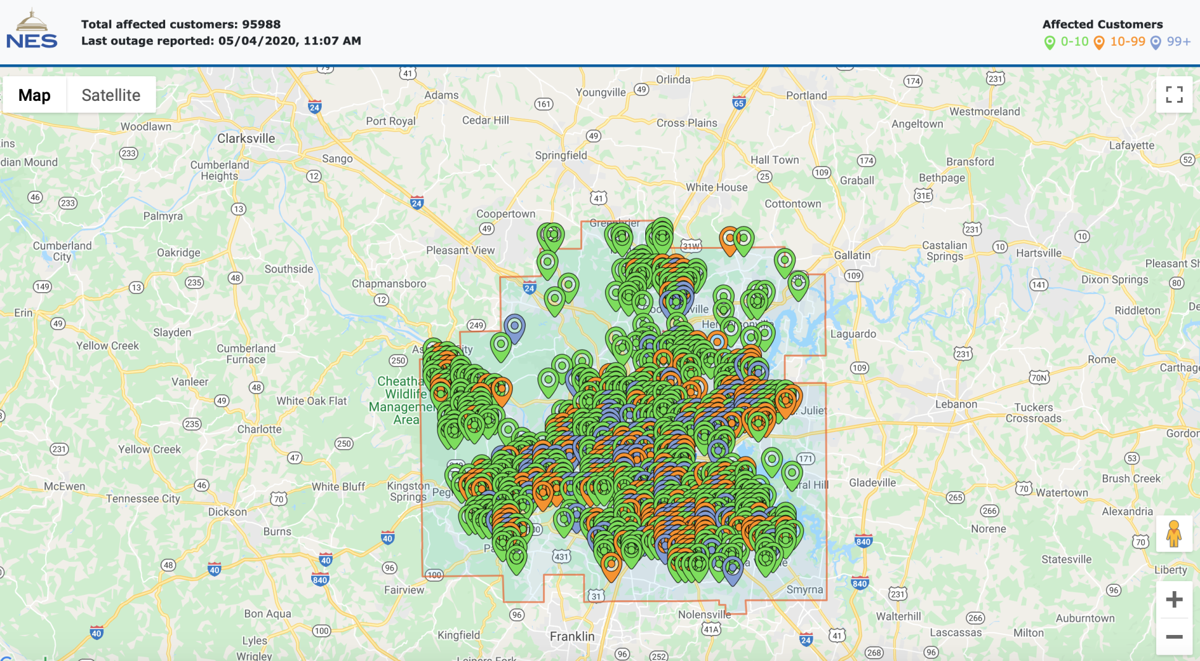 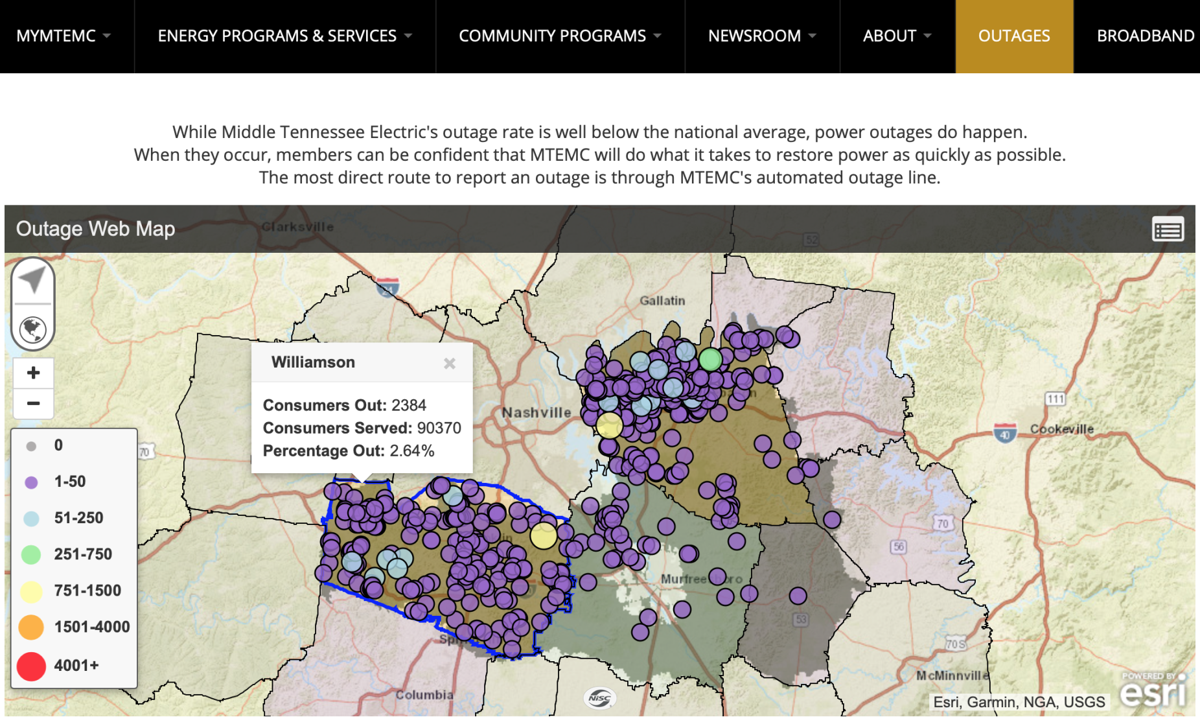 The National Weather Service Nashville has issued a Hazardous Weather Outlook for Williamson County and much of Middle Tennessee as strong to severe storms are expected to bring strong winds, as well as the possibility of hail and flooding.

The Monday afternoon storms are forecast to impact Middle Tennessee between approximately 3 p.m. and 10 p.m., with storms expected to reach Williamson County around 5 p.m.

This round of storms comes one day after storms on Sunday downed trees and power lines across the region, knocking out power to thousands of people, and leading to the death of a Spring Hill firefighter.

At 11 a.m. on Monday more than 2,000 Middle Tennessee Electric Membership Corporation customers were without power in Williamson County, and thousands more out of power across neighboring counties.

Nashville Electric Service announced that the storms knocked out power to 130,000 of their customers on Sunday, adding that the ongoing COVID-19 pandemic is hampering cleanup and recovery efforts. NES says it could be a week or two before some houses have power restored.

The Williamson County Emergency Management Agency has asked the public to stay weather-alert and offers an updated link to any road closures as well as links to electric company outage maps here.

The City of Brentwood reported that the outages impacted the Brentwood Water Services Department and the city’s utility pumping capacity, which are now, as of noon on Monday all back in service.

“The City has 26 water and sewer pumping stations. We had 19 out of service Sunday evening due to power outages,” Brentwood Water Services Director Chris Milton said in a news release. “That has never happened in my 15 years here."

“We logged 56 service calls in a 24-hour period,” Brentwood Fire and Rescue Chief Brian Goss said in the news release. “That is the largest volume of calls in a time period since the 2010 flood.”

According to the city, Brentwood Public Works crews quickly cleared all trees that were blocking main city roads.

“Some residential streets which are still blocked due to power lines within trees will be our priority today,” Brentwood Public Works Director Todd Hoppenstedt said in the news release. “Areas like Wilson Pike Circle, which has a lot of damage on both sides of the road, will be priority today. We have crews working on two gradall and four dump trucks today.”

“We will eventually get to all homes, but please do not necessarily expect the chipper route to arrive in your designated week,” Hoppenstedt said. “We recognize what a beneficial service this is during times like this, but please understand that brush piles may not always be our priority relative to other health and safety issues like trees blocking roads or impacting power lines."