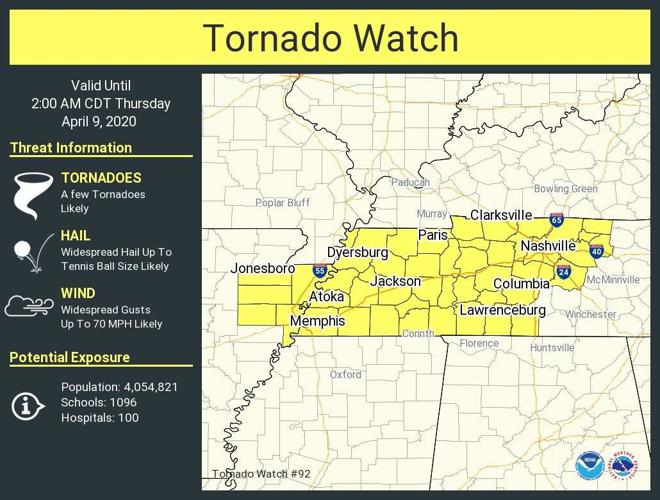 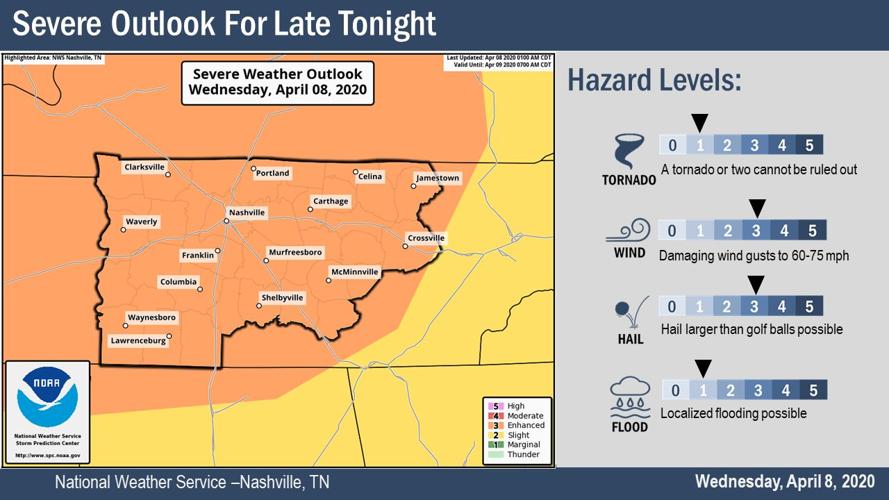 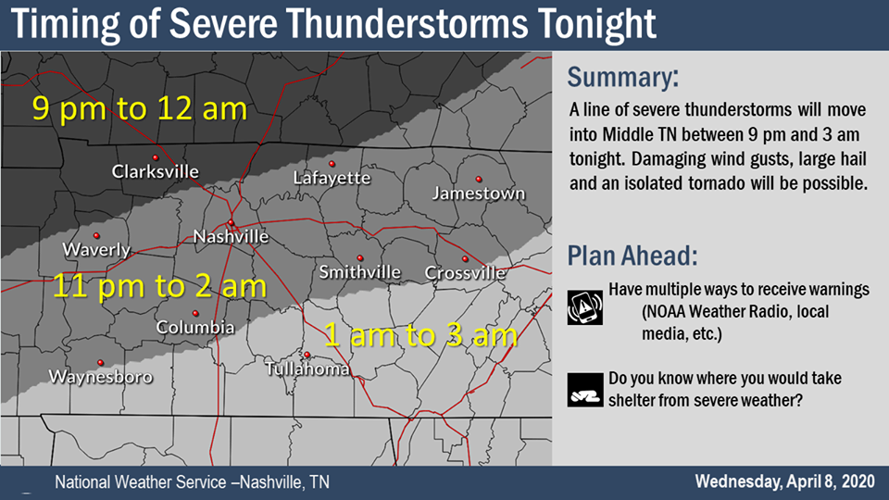 Update (7:30 p.m. April 8): The National Weather Service has issued a tornado watch for Williamson County and much of Middle Tennessee until 2 a.m. on Thursday.

The National Weather Service Nashville has forecast severe storms that will impact Williamson County and much of Middle Tennessee on Wednesday night.

NWS said that severe storms could bring damaging 60-75 mph winds and large hail on Wednesday night into Thursday morning, although they could not rule out the possibility of a tornado or localized flooding.

The storms are likely between 9 p.m. on Wednesday and 3 a.m. Thursday. NWS advises the public to be aware of potential weather watches and warnings associated with the storms and to have a plan ready to take shelter.