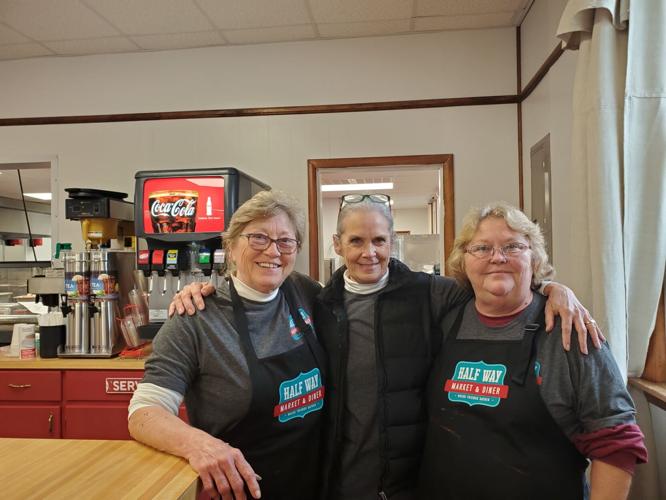 From left are Nellie King, Kellye King and Faye Martin. 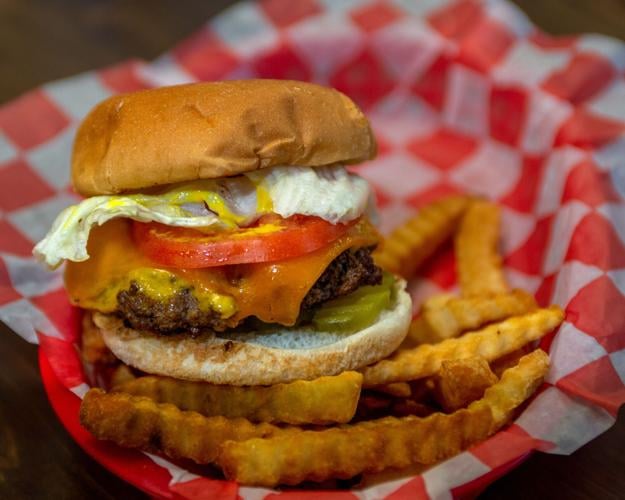 You can't go wrong with a classic cheeseburger and fries from Half Way Market and Diner. 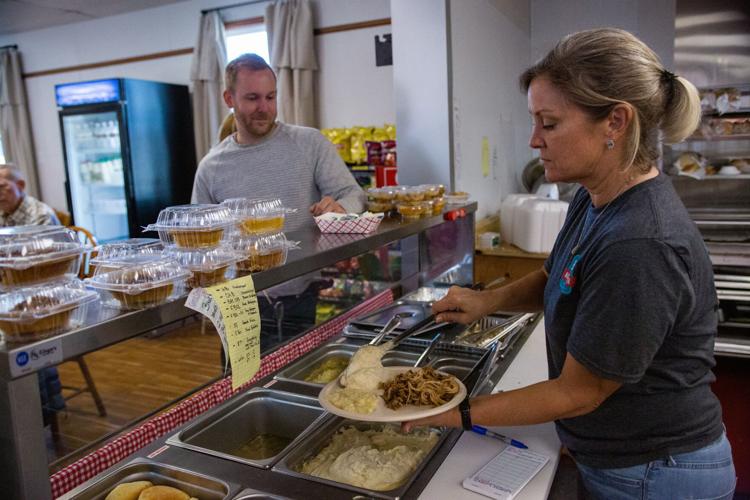 Jennifer Russell serves up food to a hungry customer at Half Way Market and Diner during a lunch rush in March 2022. 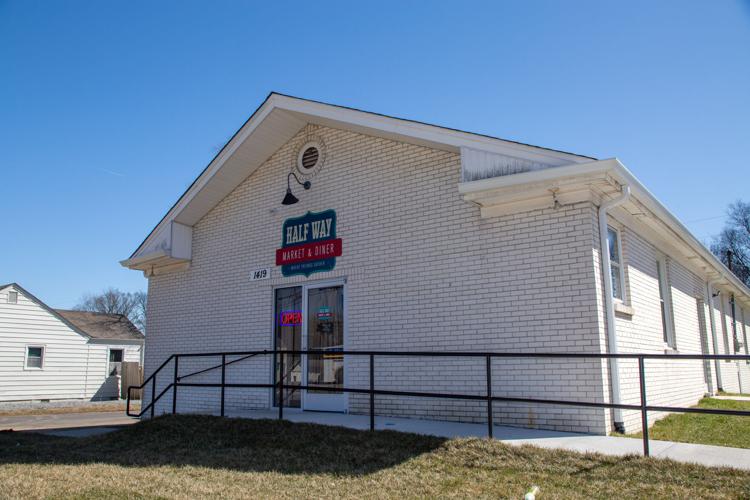 Franklin's Half Way Market and Diner.

From left are Nellie King, Kellye King and Faye Martin.

You can't go wrong with a classic cheeseburger and fries from Half Way Market and Diner.

Jennifer Russell serves up food to a hungry customer at Half Way Market and Diner during a lunch rush in March 2022.

Franklin's Half Way Market and Diner.

When first-timers enter the doors of the Half Way Market and Diner in Franklin, they may be momentarily taken aback by something they’re not used to seeing in a typical restaurant.

First of all, the dining area is replete with long picnic-style tables that are meant to help guide customers toward conversation with each other and to generate a vibe of getting to know your neighbors. This is not a place where one can sink into a corner booth for privacy.

The second sight newcomers might see is, well, what they won’t see.

“When people come here, they’re not just sitting there on their phones,” said Kellye King, who owns Half Way Market with her husband, Paul King. “They’re sitting together, they’re talking. It’s truly like stepping back in time. People can walk in the door and they just relax. They start communicating with each other.

“You see the new ones come in, and they’re a little hesitant, but once they sit down, you can see them relax and they have the best time.”

Folks have been having the best time — and the best food, many would argue — at the small country diner for the past 15 years, save for a couple of years when Kellye and Paul had to close down their original location out Carters Creek Pike and then wait to find a new spot amid the COVID-19 pandemic.

That new spot opened in January this year on West Main Street inside what had been Primitive Baptist Church, just 2½ miles closer to downtown Franklin than the previous location. Customers — many of them repeaters from the 2007-19 era when Half Way was within the triangle where Carters Creek connects to Southall Road and was thus roughly halfway between downtown Franklin and Leiper’s Fork — are once again enjoying the cheeseburgers, fried bologna sandwiches and meat-and-threes, among other country-cooking delicacies.

Diners can thank Paul for the good meals, as well as the staff that consists of Nellie King, Faye Martin and the newest employee, Jennifer Russell.

“I enjoy cooking,” Paul said. “If I didn’t enjoy it, I wouldn’t have gotten up at 2 o’clock in the morning and shown up to open for breakfast” in the wee hours.

Allen and Cindy Gentry, owners of Gentry Farms in Franklin, can attest to the quality of the meals at Half Way. They’ve been regular customers from the get-go.

“We started going right after they first opened in 2007,” Allen said through bites of a cheeseburger. “It has really been a blessing for the community. [The closing of the original location] was very disappointing, of course. But we knew if there was a will and a way, they would pull through.”

Half Way Market harkens to a simpler time, Cindy explained.

“We were both born and raised here in Franklin, and to be able walk into a place where you know five or six people as soon as you walk in the door is pretty special,” she said while enjoying a turkey sandwich. “It’s still simple home-cooking. This is what we were raised on, this is what we’re comfortable with, this is what we enjoy.”

Another longtime Franklin resident, Leonora Green Clifford, pointed out that the Kings’ diner is one of a kind, a throwback like none other. She said she and her husband, Tony Clifford, stop by the restaurant once every week to 10 days.

“You see people from all walks of life,” she said. “It’s nice to go in somewhere and you know somebody. I just think you don’t get much of that at restaurants in the mall area.”

When the Kings announced that Halfway Market and Diner would be closing at its original location in June 2019, regulars and newbies alike poured in to get that final burger, that last sausage biscuit, that farewell slice of homemade pie. They got right back in line when the place reopened in the dead of winter.

“So here we are,” Paul King said, “just blessed and thankful. The best thing is, everybody is still coming here. They followed us over. It’s like Cheers, where people want you to know their name, their face.

“It does mean something to them, that you recognize them, acknowledge them. We’re thankful and blessed and excited to be here. That’s the main thing.”