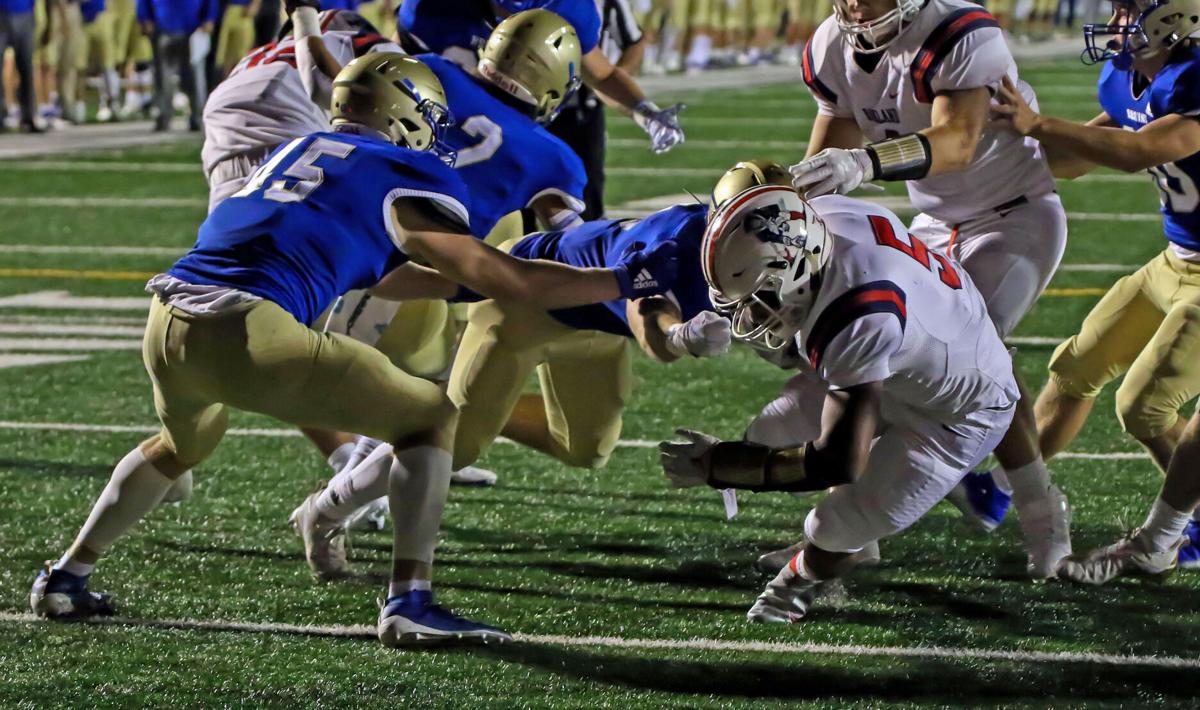 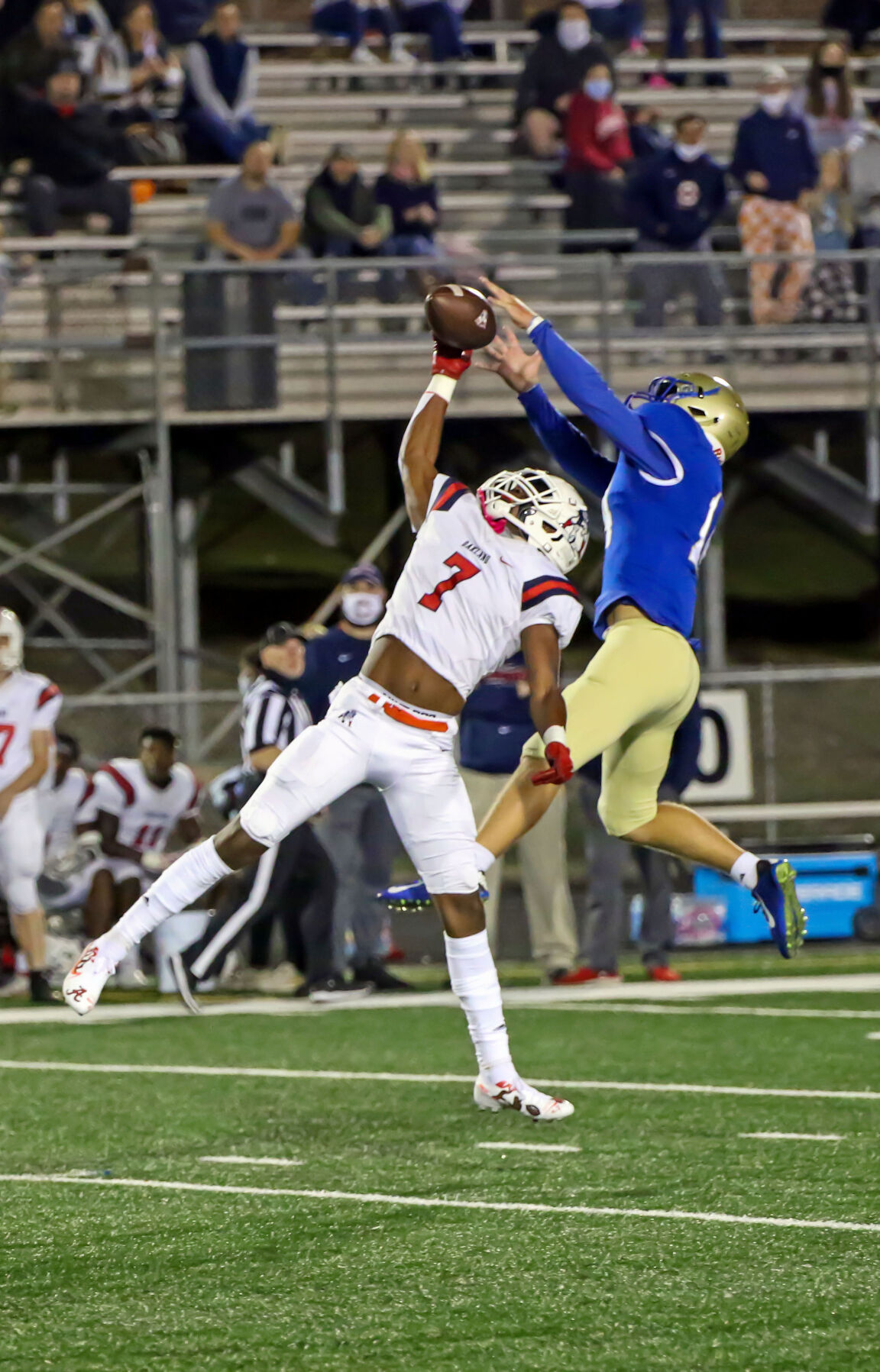 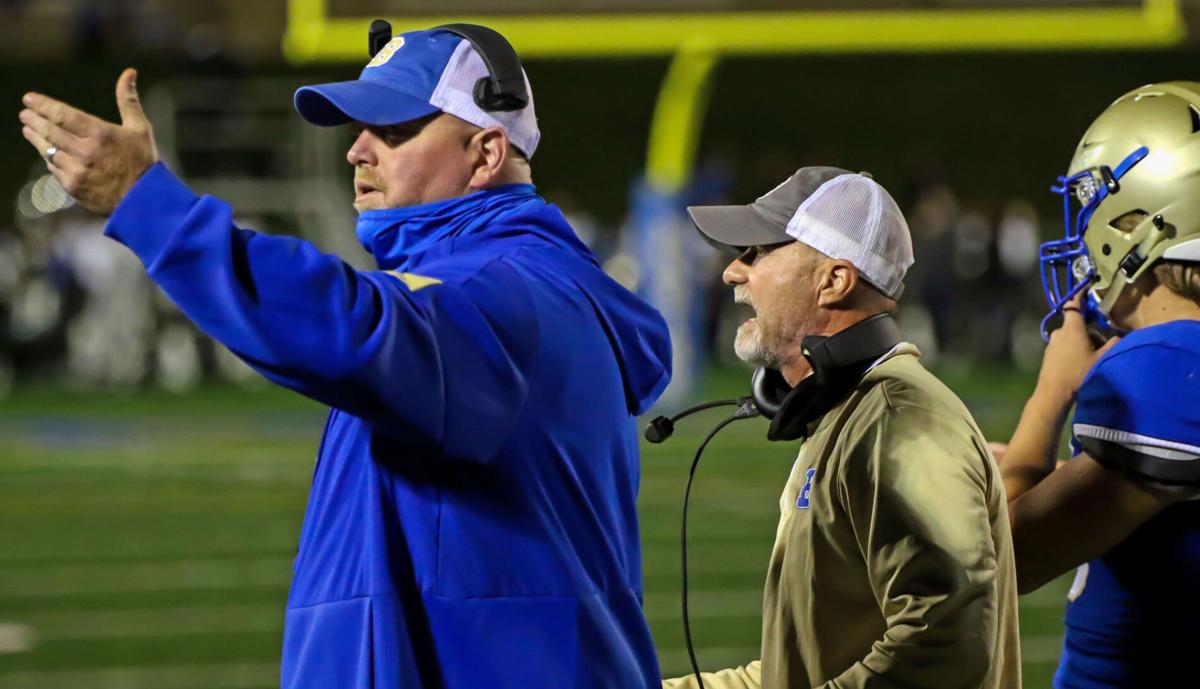 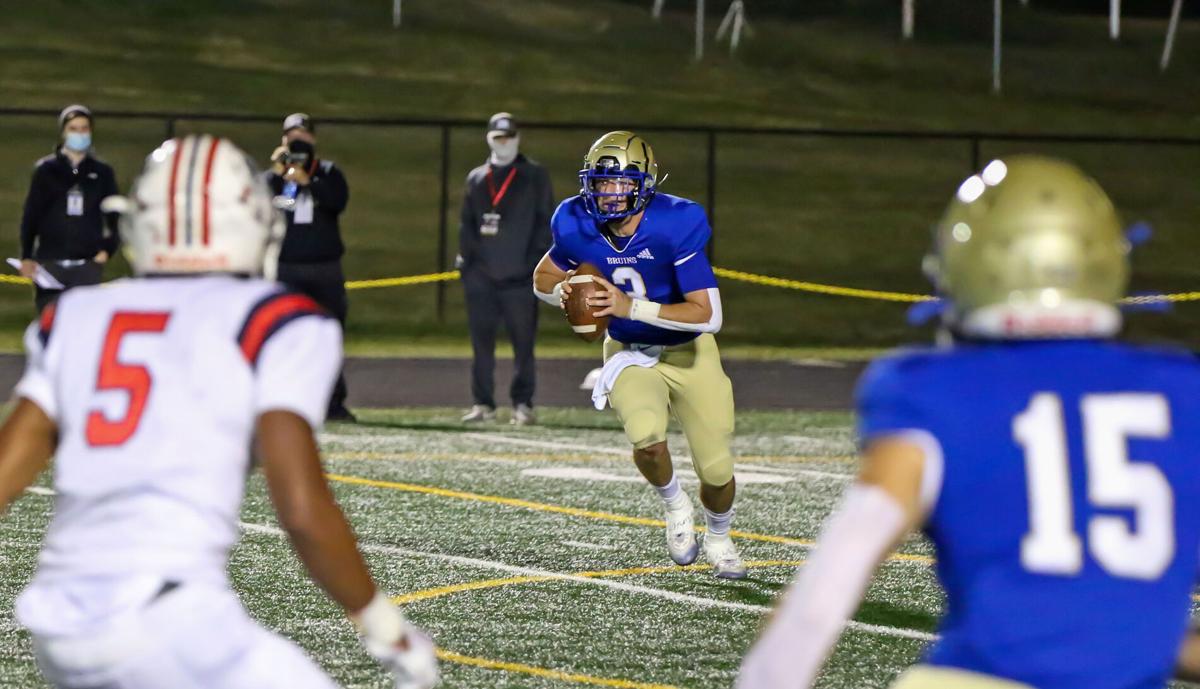 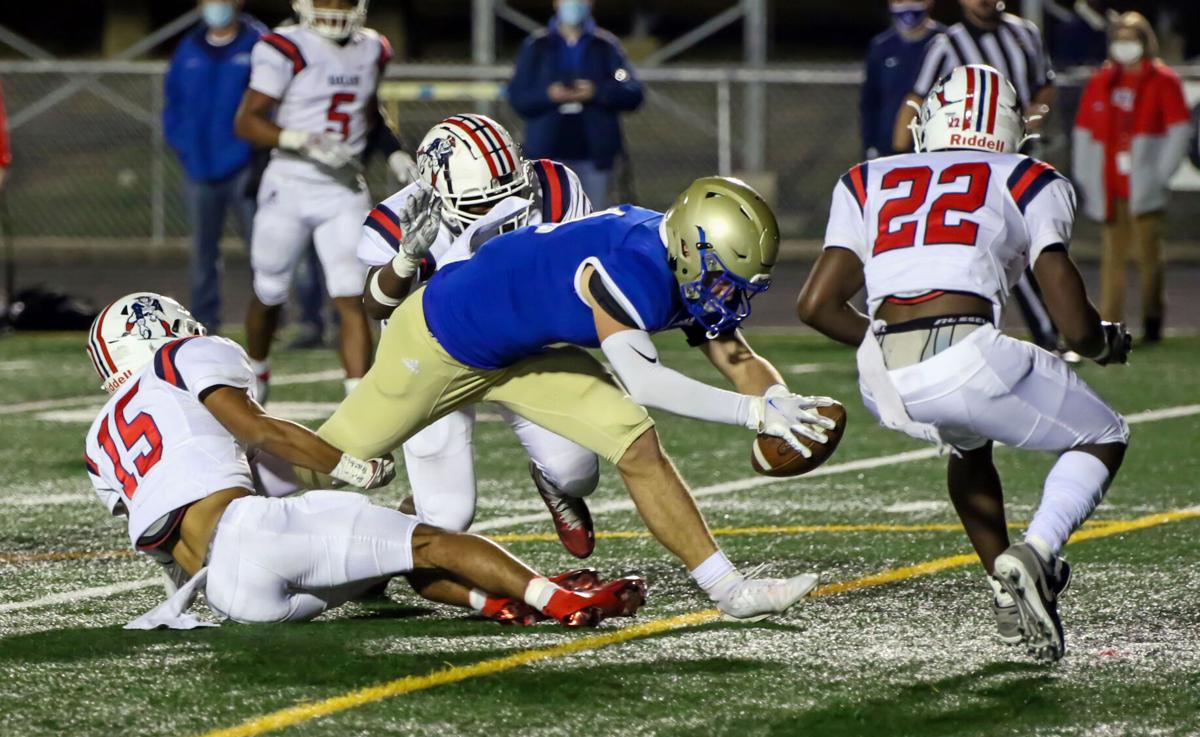 Brentwood WR Aaron Walton dives forward for a first down 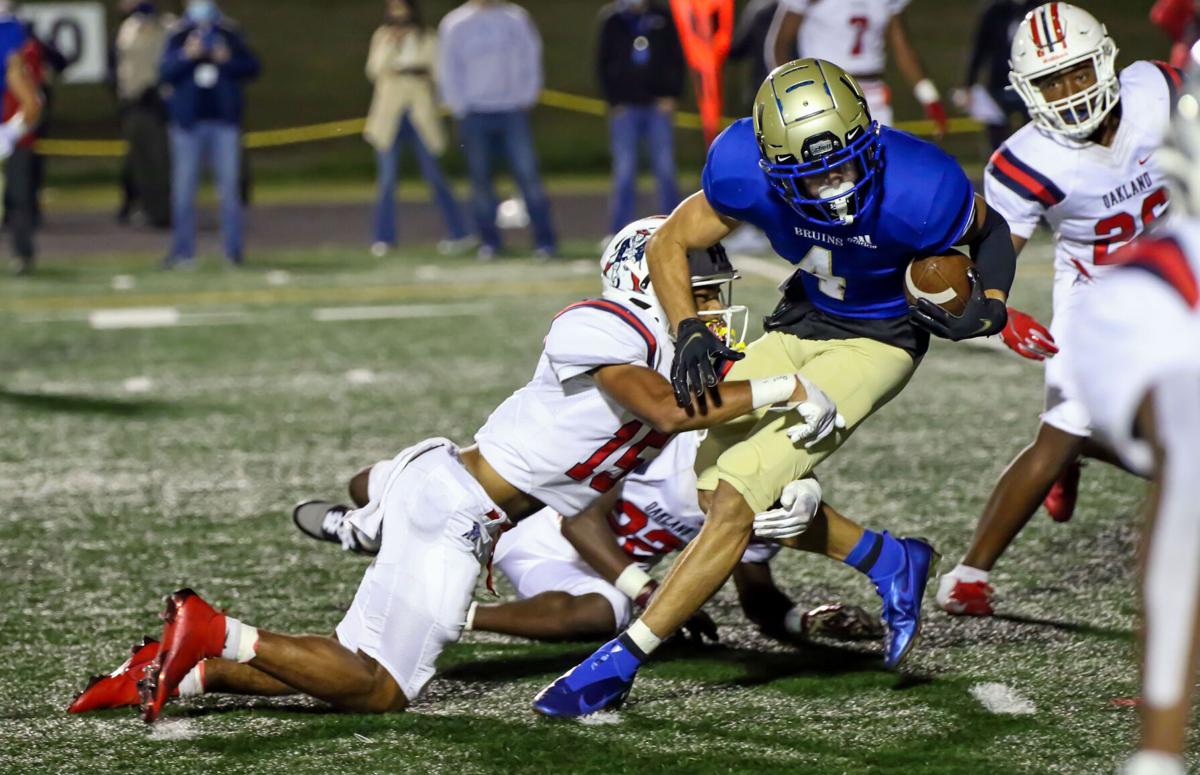 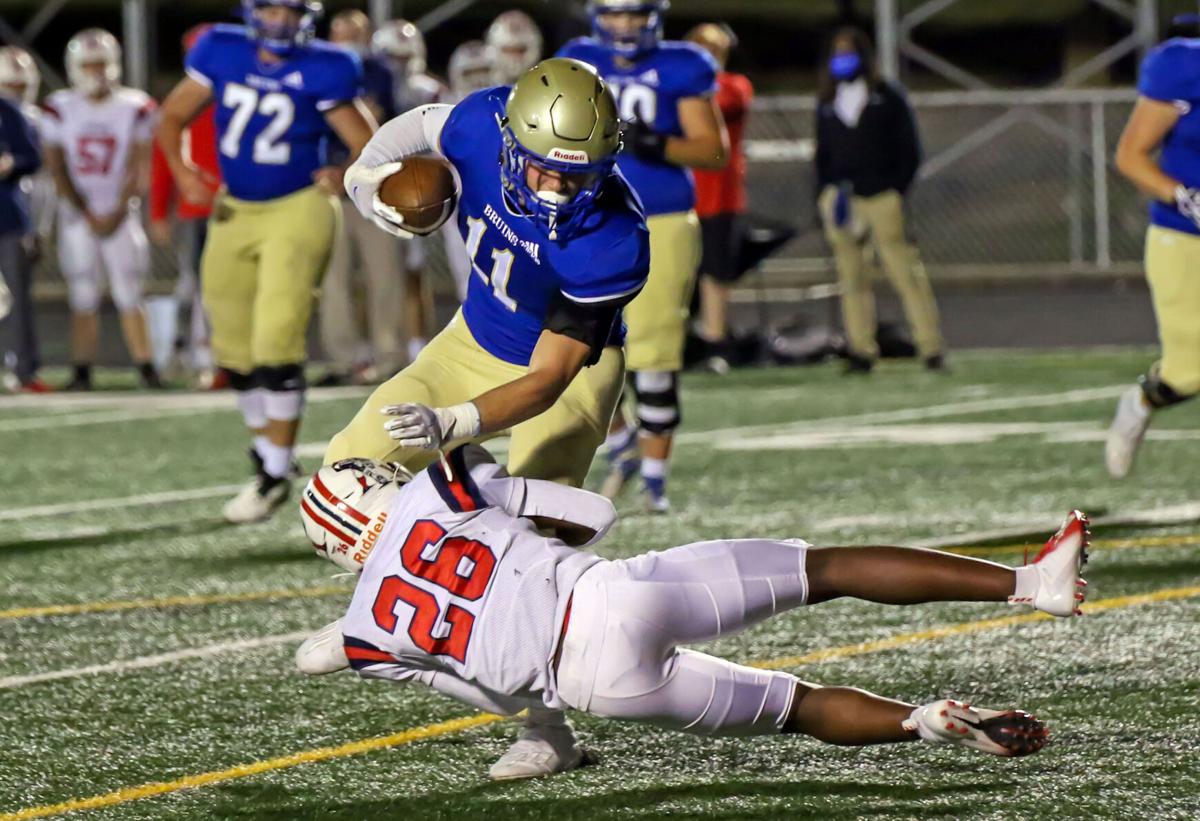 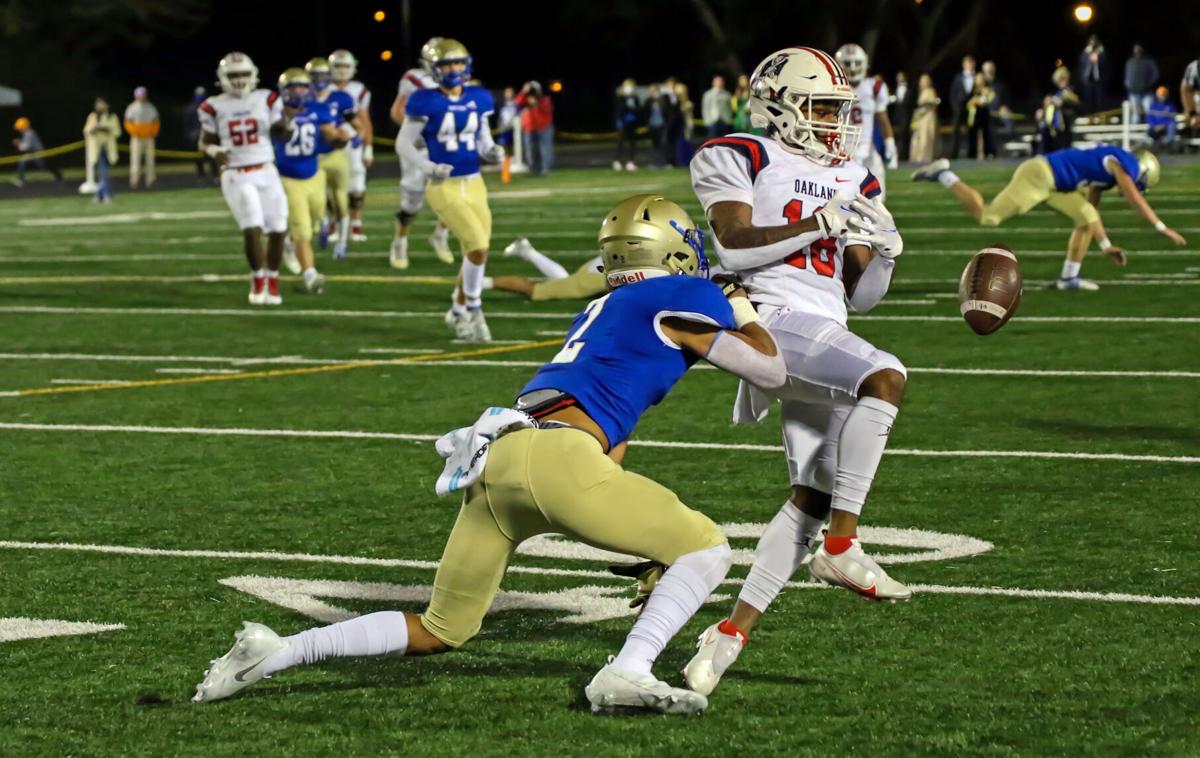 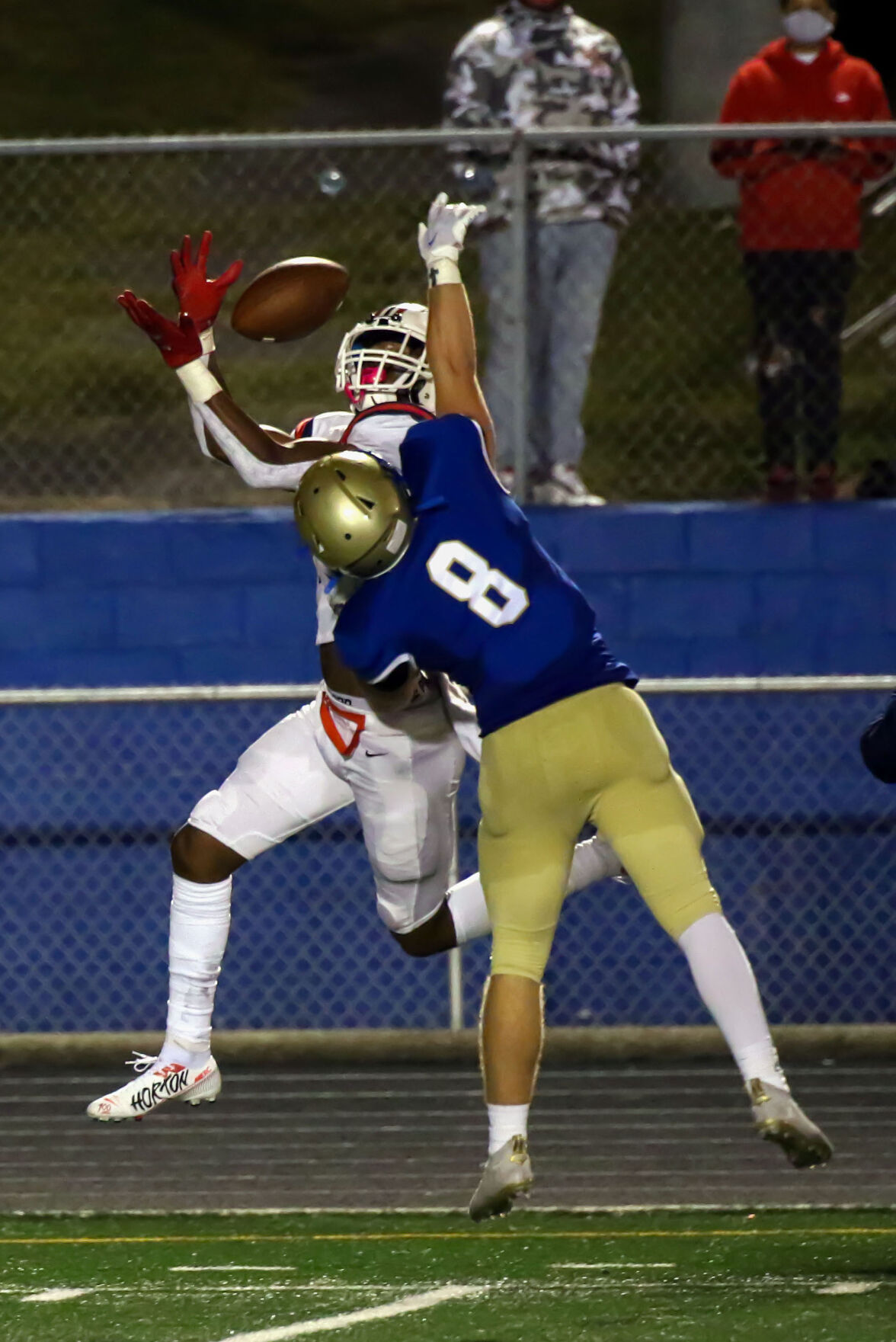 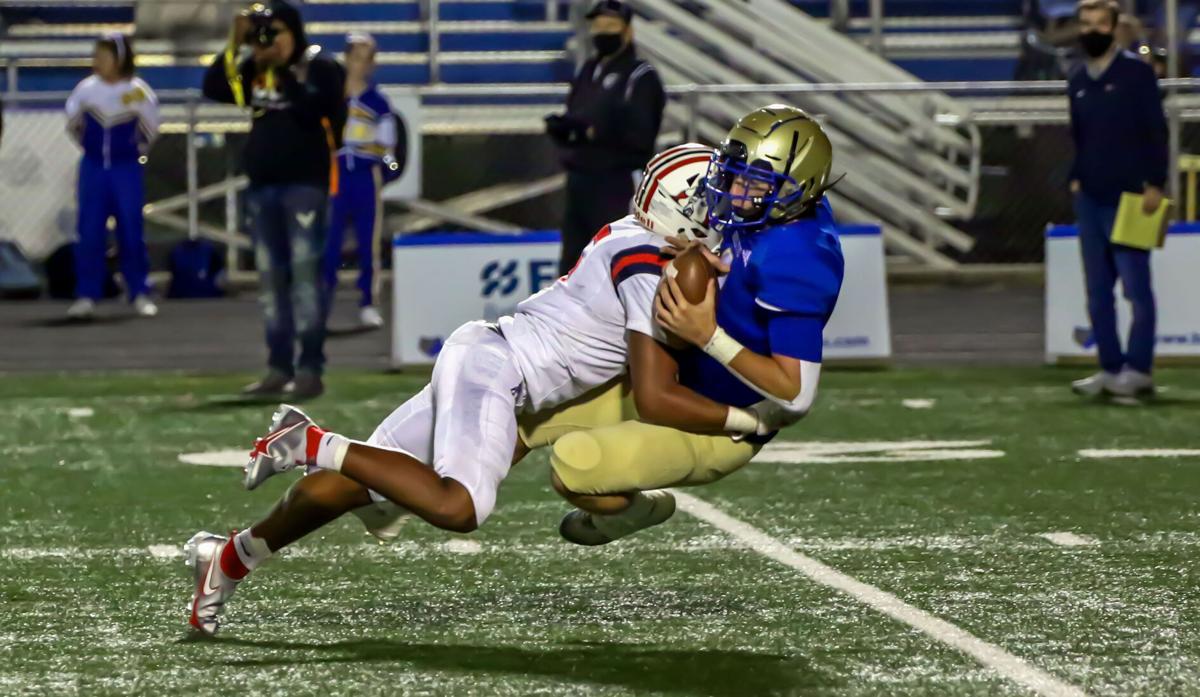 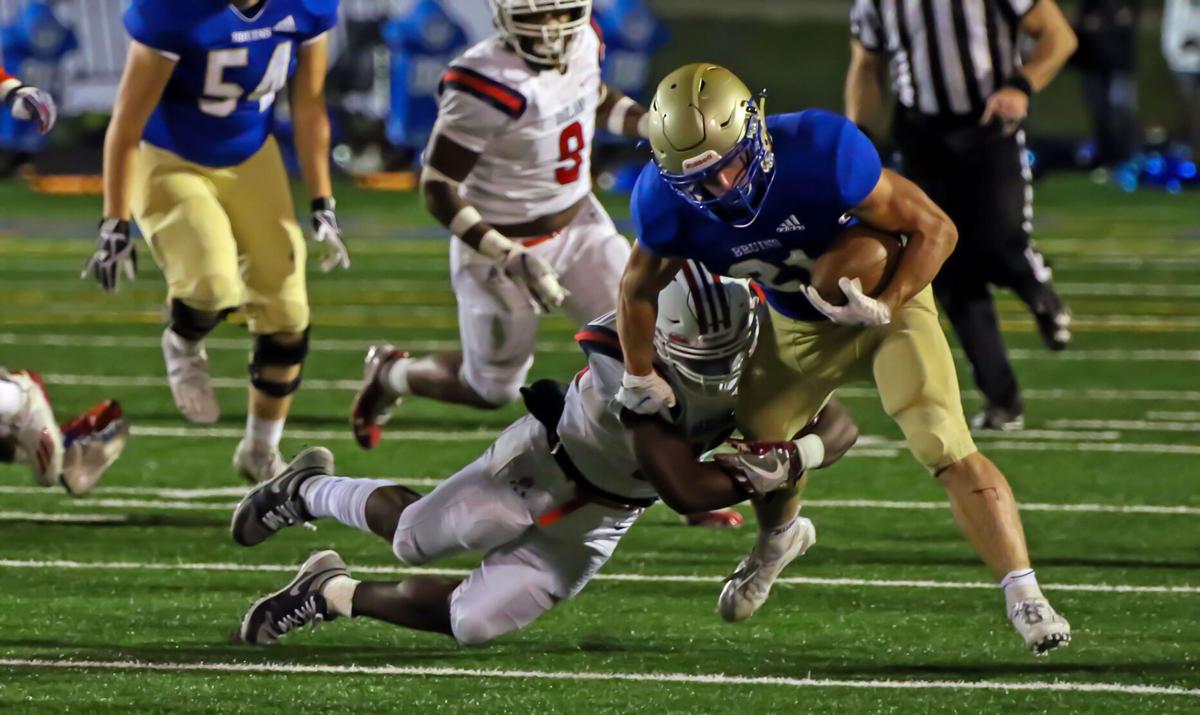 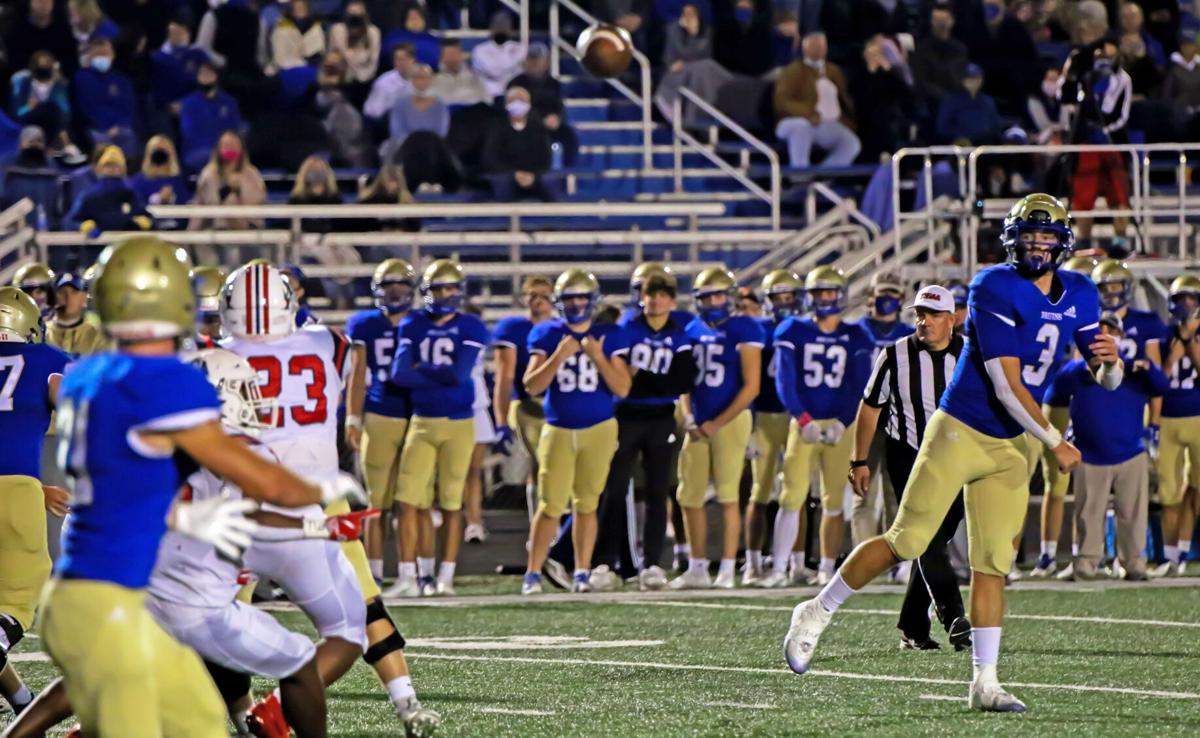 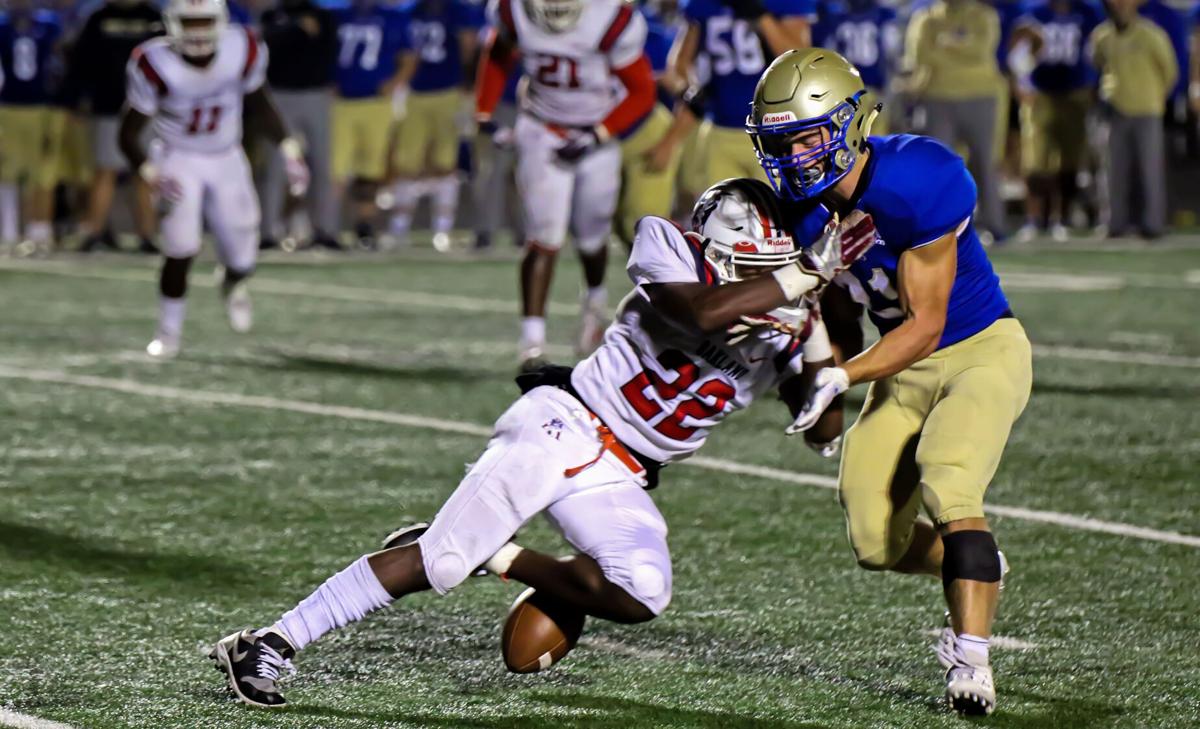 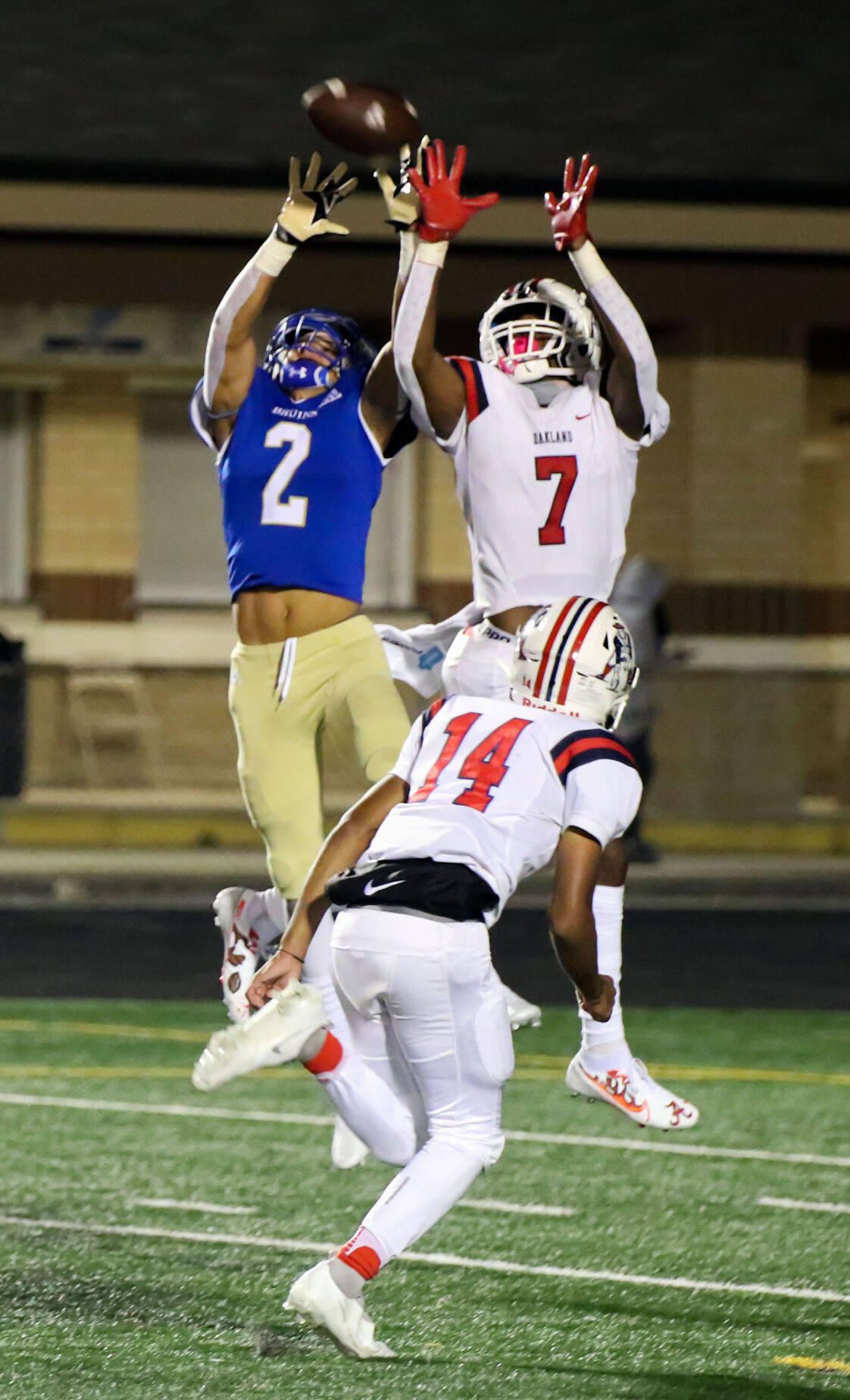 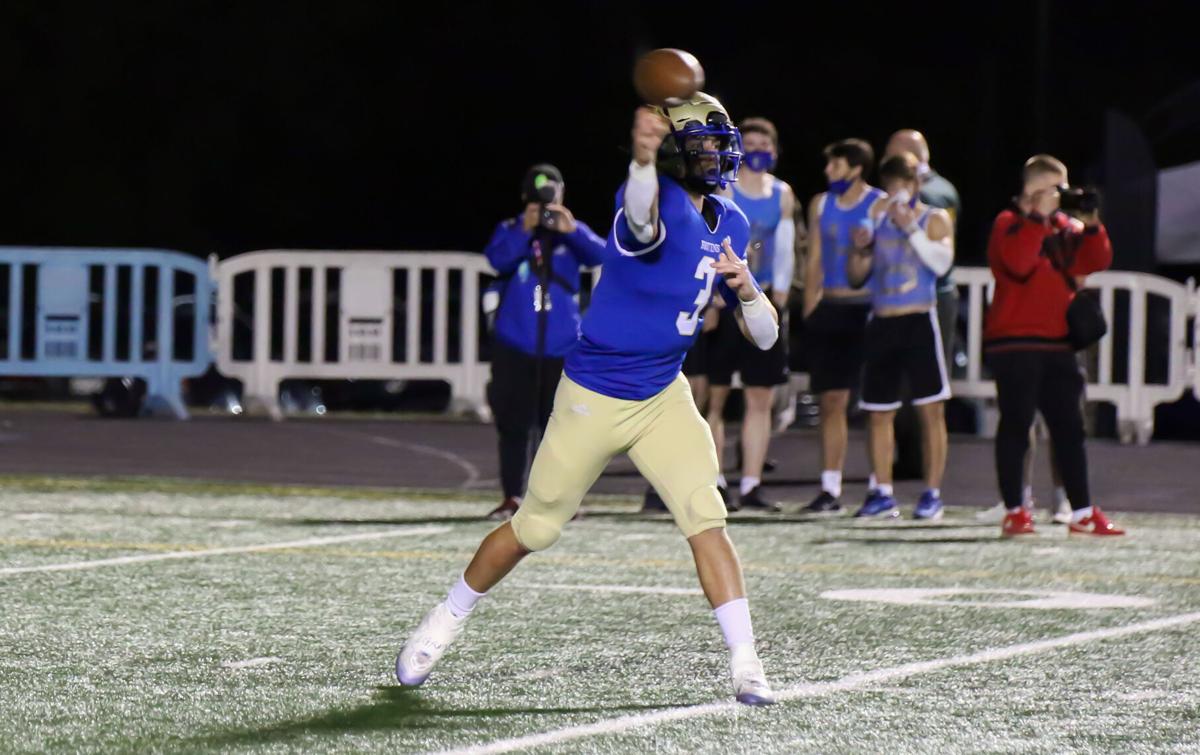 Brentwood WR Aaron Walton dives forward for a first down

What was billed as a potential state championship matchup between the No. 1 and No. 5-ranked teams in the state of Tennessee in Class 6A, turned into a lopsided beatdown by halftime.

The top-ranked Oakland Patriots used a three-headed monster at running back to pound their way to 287 rushing yards on 29 carries in a dominating 37-0 win over the fifth-ranked Bruins on Friday night in Brentwood.

“I think we’ve got to look internally, and it starts with the head coach,” Brentwood coach Ron Crawford said. “We’ve got to do a better job of preparing them to play and, obviously, we took dumb penalties and didn’t get lined up correctly on a few plays, we didn’t give ourselves a chance. That’s frustrating as a coach, but that’s on my shoulders.”

“We were a little nervous going into it with just a couple days of prep, but it was definitely interesting,” Oakland coach Kevin Creasy added. “I give a lot of credit to Brentwood for doing what’s best for their kinds and letting them play ball games because you never know how long your season is going to last or if your team will get shut down or anything like that. So, I give them credit for stepping up and playing us.”

The Bruins offense struggled out of the gate. Quarterback Cade Granzow couldn’t get much of anything going as completed 12 of 22 passes for 134 yards and an interception. He was also sacked twice.

The Patriots defense played tight to the line of scrimmage, not giving the Bruins many big-play opportunities, minus a Walker Merrill 31-yard reception and a Luke Walters 28-yard reception.

“Oakland has got really good players and there’s no excuses here,” Crawford said. “We had about a day to prepare, but that’s no excuse. They’ve got good players, they’re talented, and they (had the same time to prepare) as we did.”

Oakland took a commanding 14-0 lead midway through the first quarter on two Vic Stephenson runs. The Bruins handed the Patriots two free points on an offensive miscue that saw a snap sail out of the back of the end zone for a safety on a fourth-down punt.

Isaiah Horton caught an 18-yard touchdown reception and Antonio Patterson outran the Bruins defense for an 80-yard touchdown to run the score up to 30-0 by halftime.

Brentwood Academy transfer Jordan James added a 30-yard touchdown run in the second half as Oakland slammed the door on a dominating victory.

Brentwood had a 55-yard Walton touchdown reception from backup QB Davis White wiped off the board in the fourth quarter on a holding call. That was as close as the Bruins came to finding the end zone.

“All we can do next week is go back and look at it and fix us,” Crawford said. “The next thing to do is to go to Dickson and try to play better. If we do, I think we can be successful.”

The Bruins travel to Dickson County next week to take on the 1-5 Cougars in a rescheduled game from last month's Dickson-related COVID cancellation.

It kicks off a string of three Region 6-6A games in the final four weeks for Brentwood.