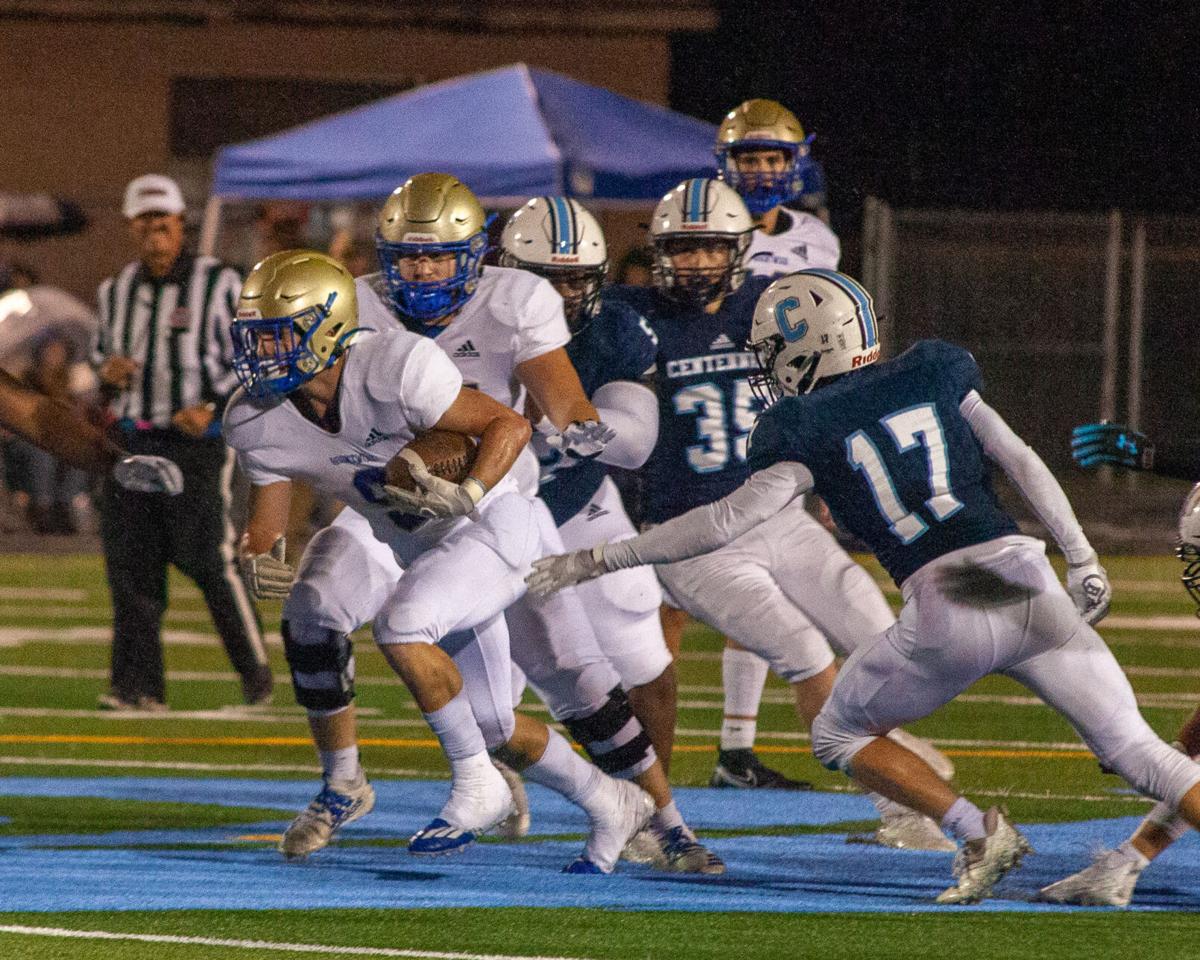 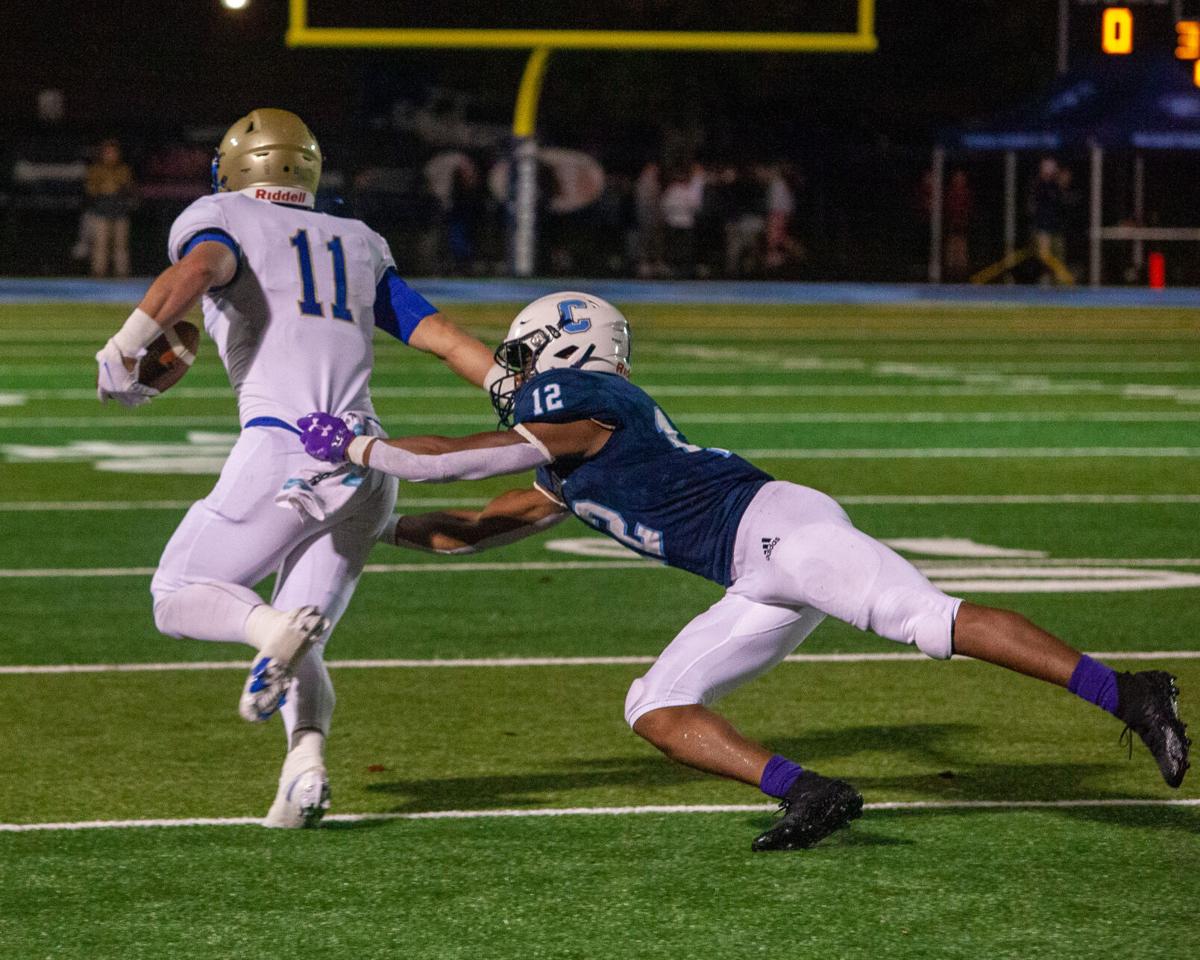 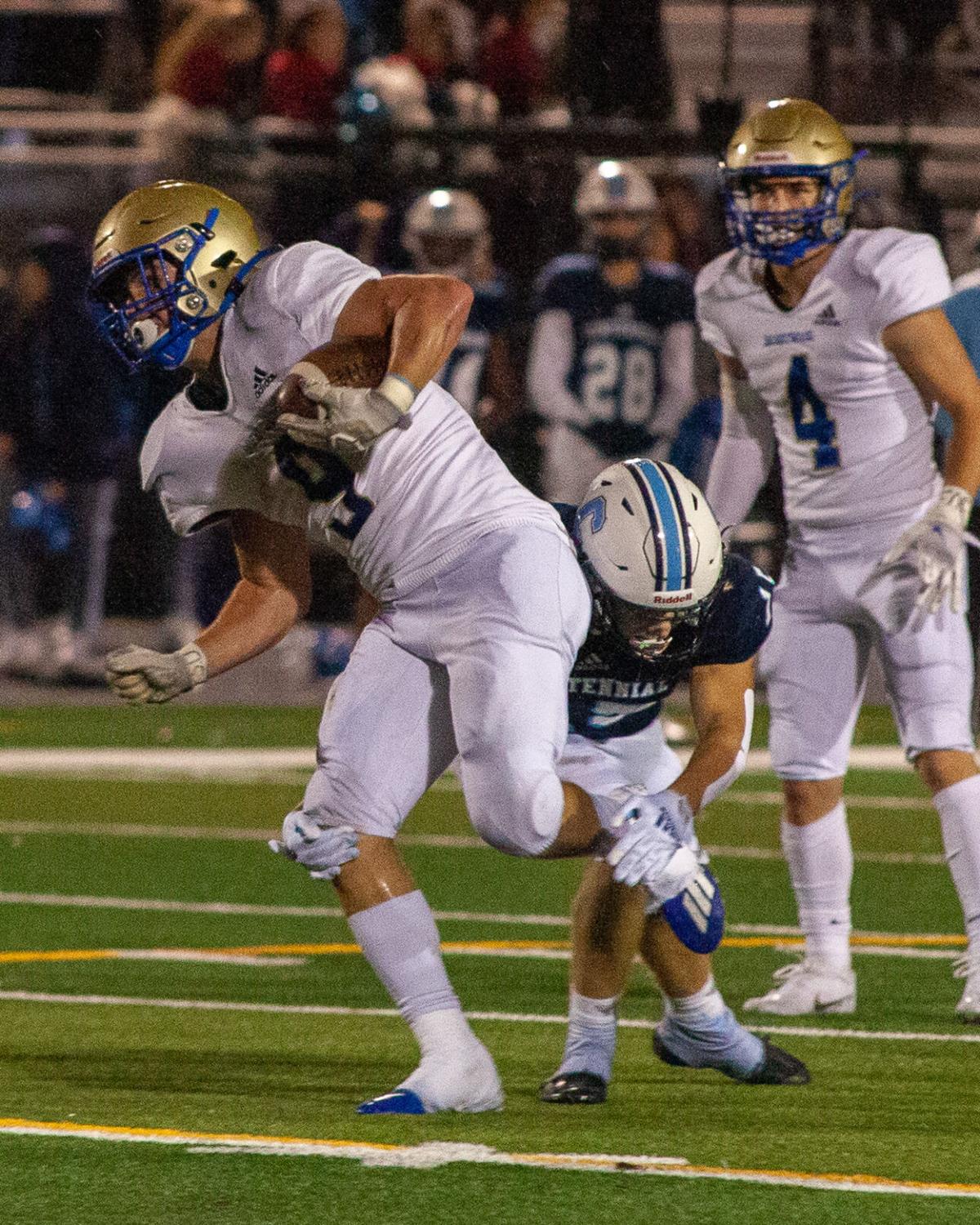 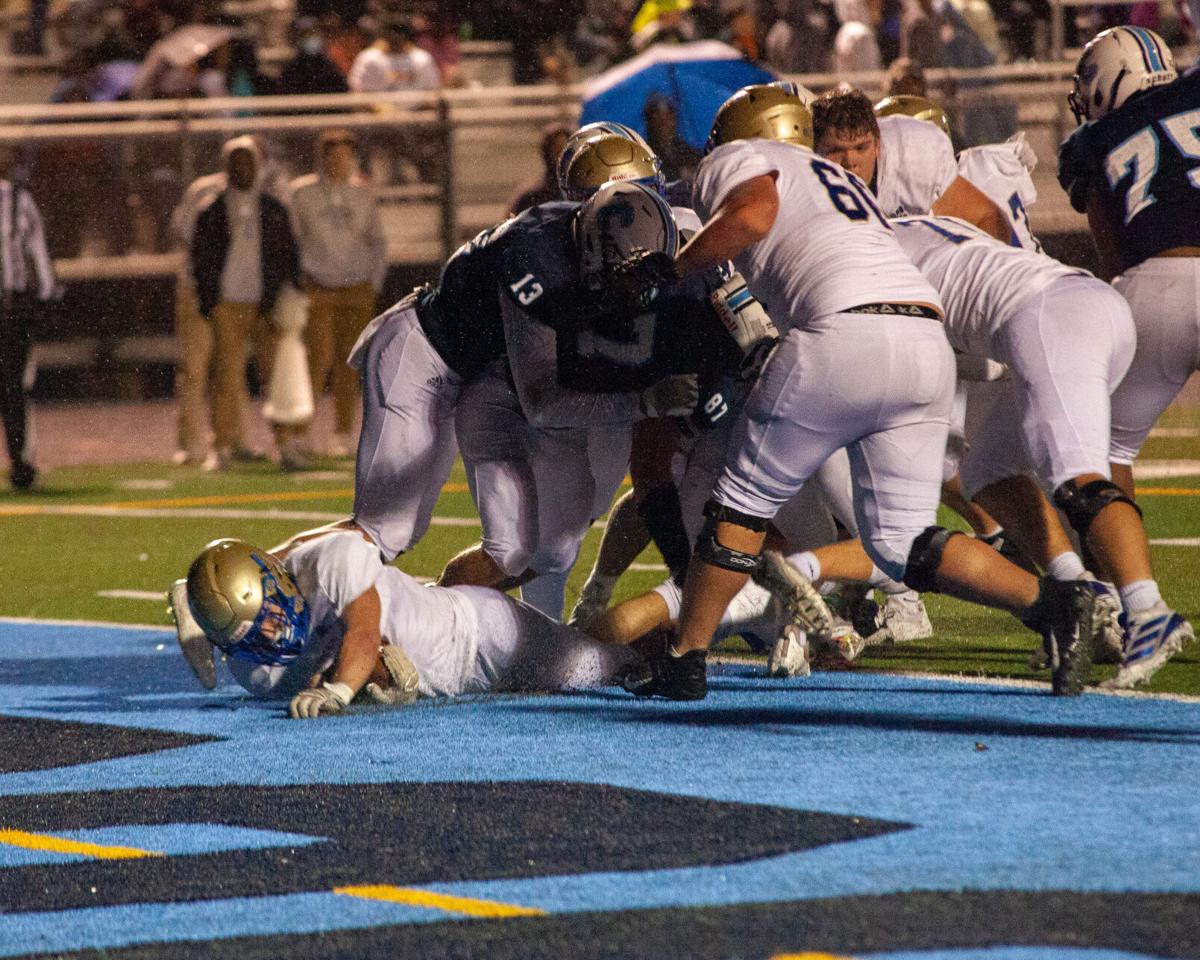 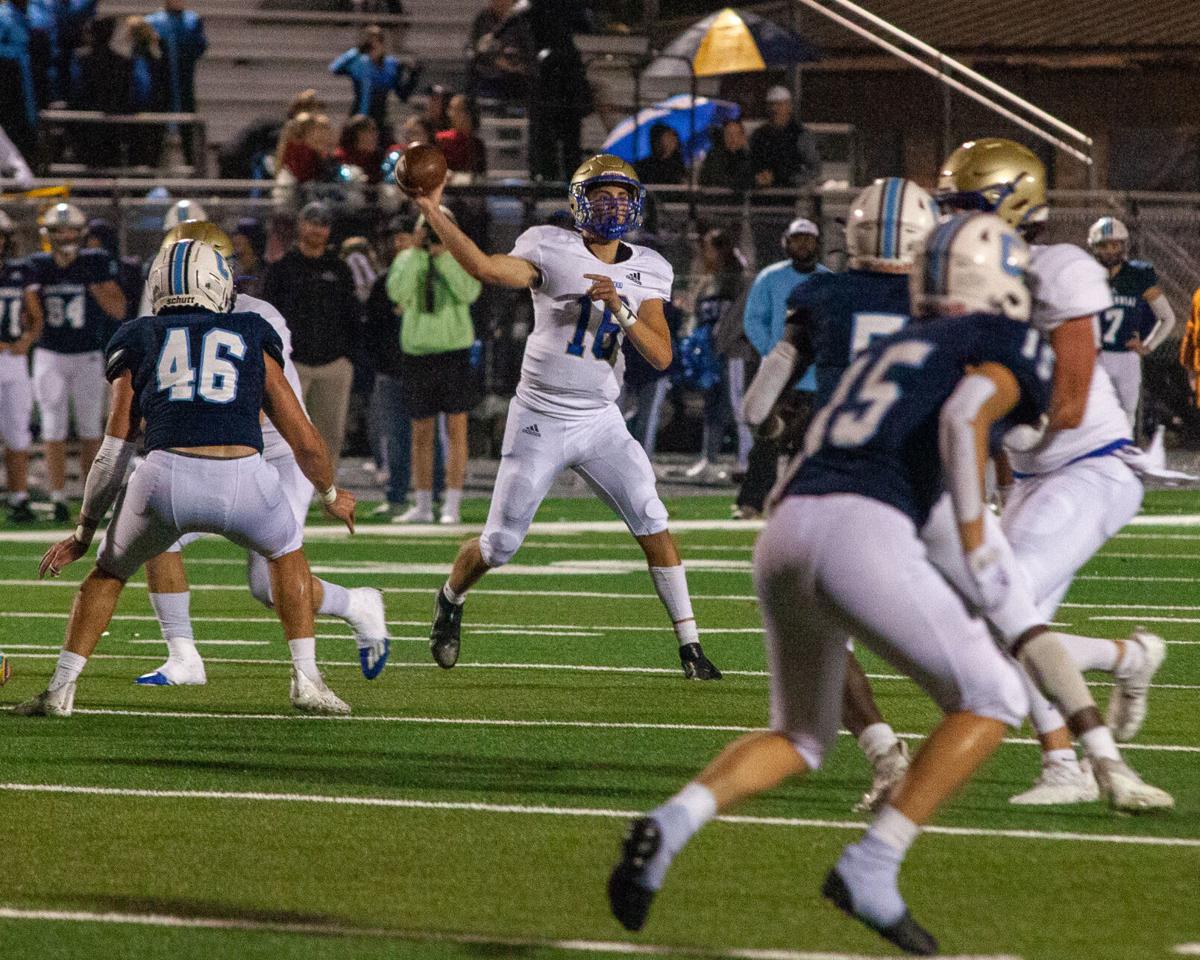 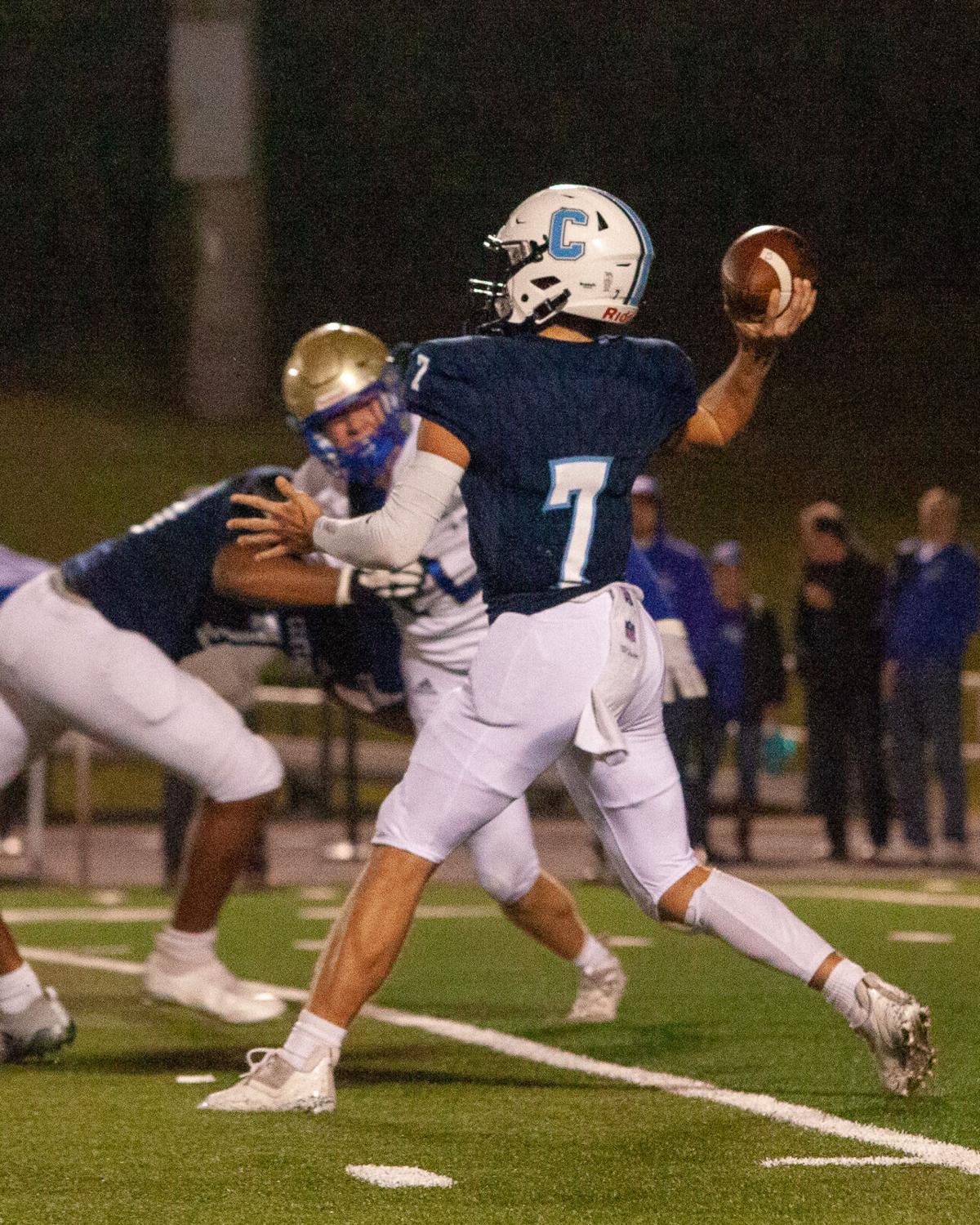 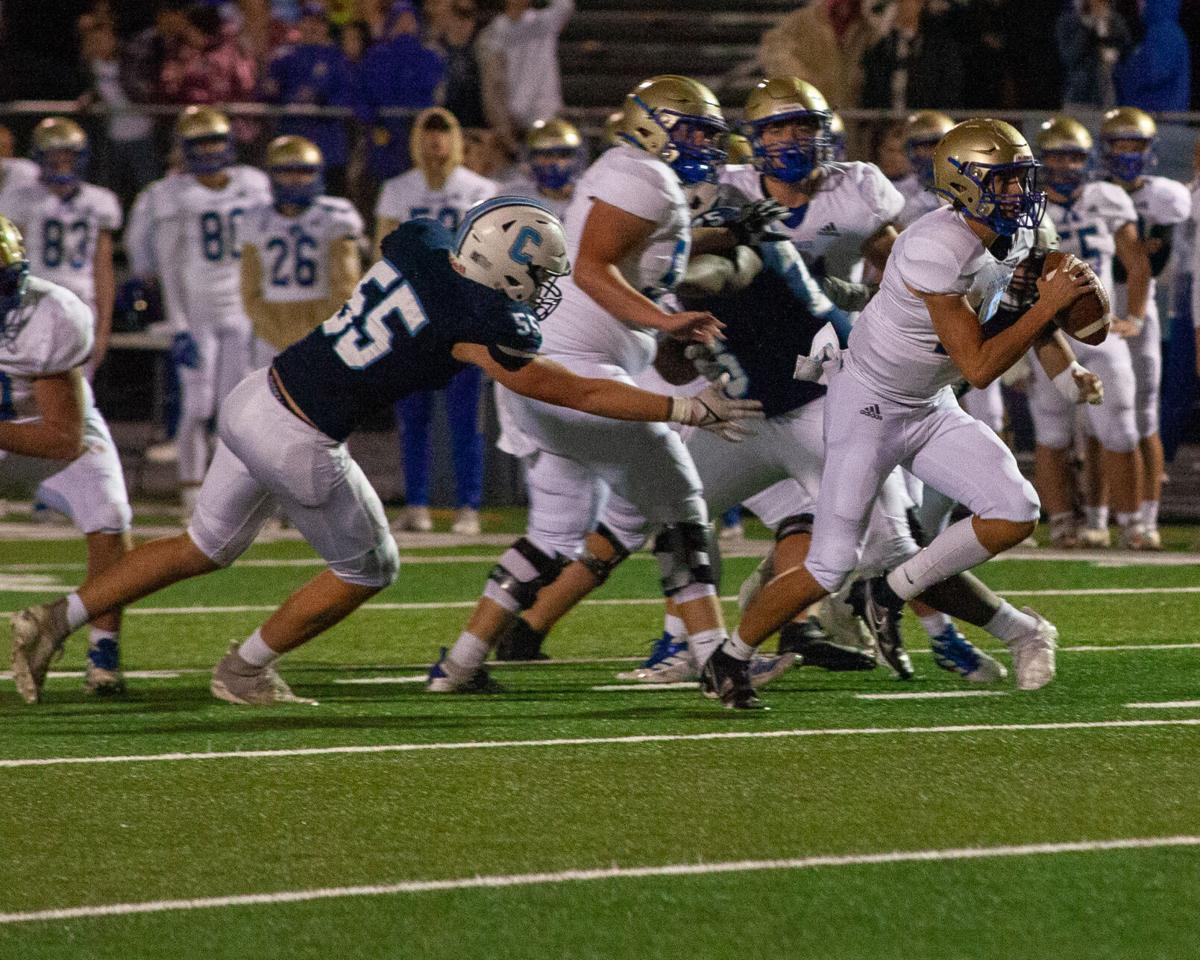 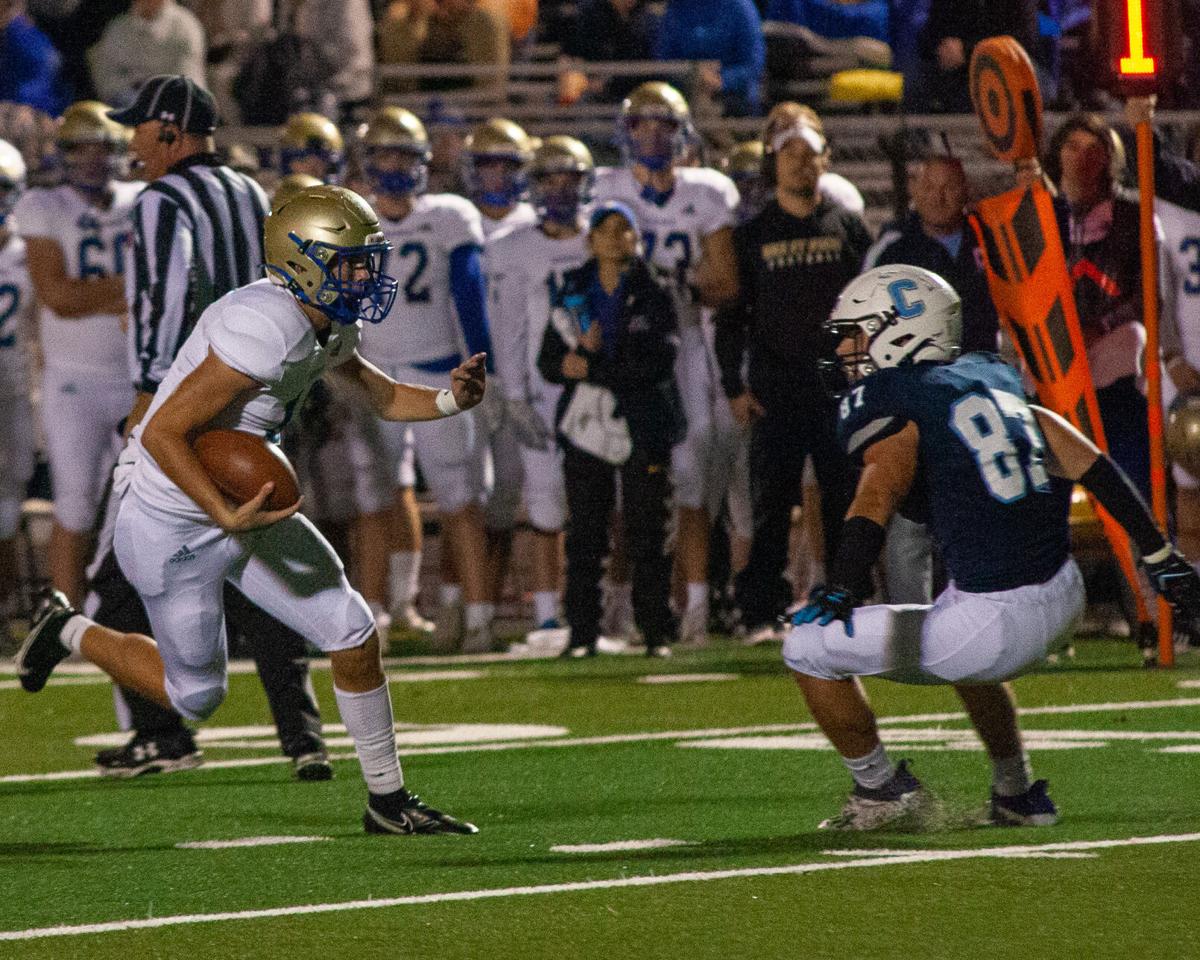 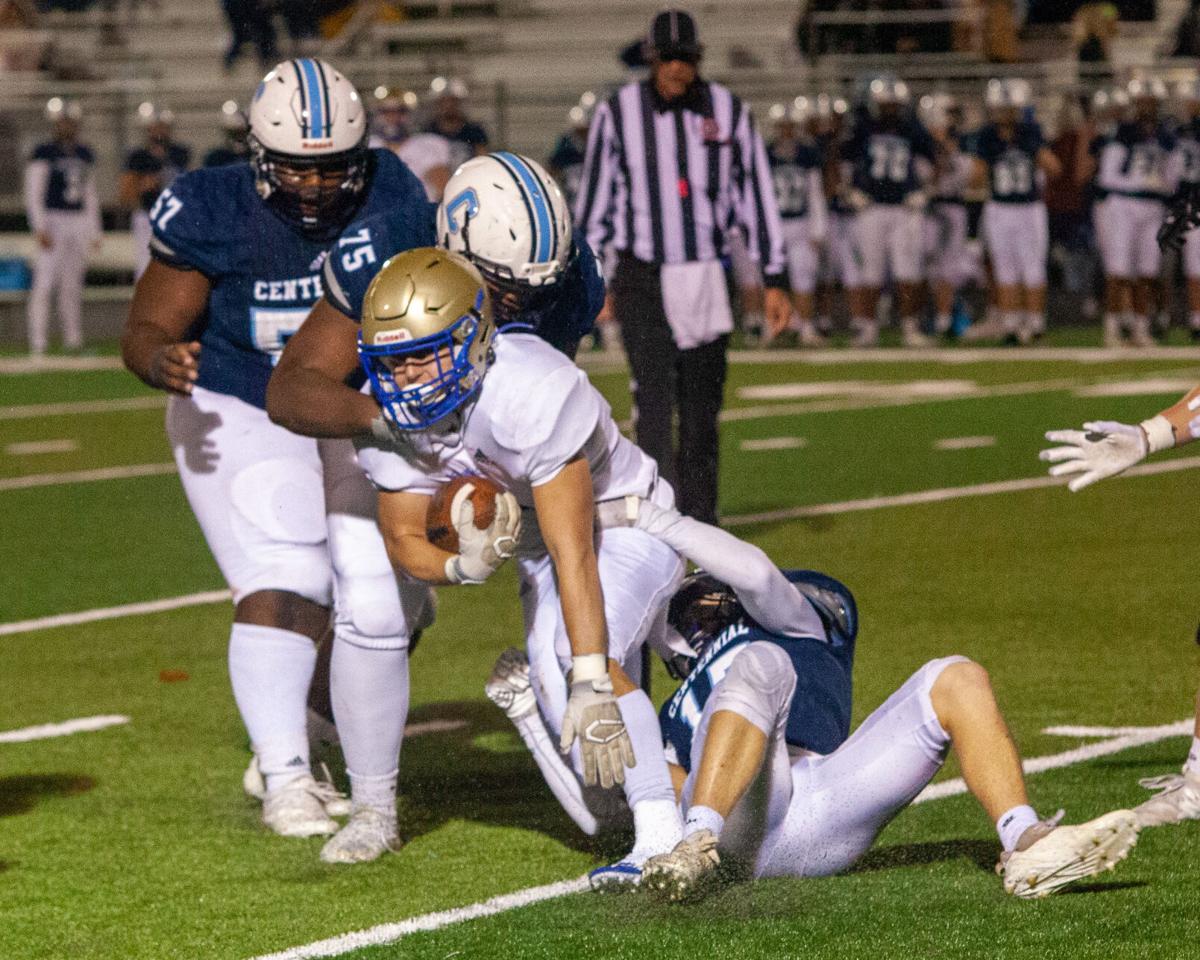 “We knew coming in it was going to be a tough one, knowing that playoff seeding was in contention,” said Brentwood senior running back Scott Collins. “I am really proud of how our team came out and finished the game.”

“It means so much, coming in here against a good team on their senior night and playing well,” said Brentwood senior quarterback Davis White. “We had injuries throughout the game and still busted it until the end.”

“The team is everything,” said Brentwood freshman wide receiver Clayton Merrill. “Getting a win on the road is good going into a playoff push. We really needed this.”

In the first quarter, both sides had trouble getting anything going as defenses were very stingy, holding the score at 0 in the frame.

Early in the second quarter, the Bruins put together a drive, getting on the board with a field goal by sophomore Isaac Hayes to grab the lead 3-0.

With less than two minutes remaining in the first half, Brentwood senior quarterback Davis White connected with freshman wide receiver Clayton Merrill on a screen pass from 19 yards out to stretch the Bruins lead to 10-0 at halftime.

In the third quarter, White capped off a scoring drive with a strike to senior wide receiver Aaron Walton from 37 yards out to increase the Bruins lead 17-0. White had 224 passing yards in the game, including two touchdowns. Walton finished the game with 102 yards receiving and a touchdown.

“The o-line gave me a lot of time to read the defense,” said White. “We were looking at mismatches.”

“Davis and our wide receivers have been good all year,” said Collins. “They’ve been sure-handed and making plays.”

On the next play, Centennial freshman Kani Johnson executed an electric 95-yard run on a kickoff return for a touchdown to cut into the Bruins lead 17-7.

Before the end of the third quarter, Brentwood’s offense continued to surge as Scott Collins muscled his way into the end zone from one yard out to lengthen the Bruins lead to 24-7.

Brentwood turned up the heat on the Cougars defense in the fourth quarter making a statement with their running game as Collins busted his way into the end zone from three yards out to build the team's advantage to 31-7.

Late in the fourth quarter, Brentwood running back Scott Collins continued his monster night with his third rushing touchdown from 10 yards out as the Bruins offense continued to roll, 37-7. Collins had 192 yards on the ground to go with his three touchdowns.

“Our o-line has been good all season opening up holes,” said Collins.

“He is a dog,” said Merrill. “There is nothing that you can do to stop him.”

“Since we are passing a lot, teams try to open up and protect the pass,” said White. “He (Collins) gets the lane to run, and our big boys up front are blocking for him.”

Centennial tried to sustain a scoring drive, but was picked off by junior defensive back Adam Fontechia. Brentwood ran out the clock to win 37-7.

“Our defense is getting so much better,” said White. “They are really helping us out, getting stops so we can score. Our special teams are doing well. It is a really good team win.”

“We got everybody back healthy on defense,” said Collins. “We feel like that is one of our strong suits. They have been playing really well lately and are proud of what they have become.”

With this loss, Centennial’s season comes to an end.

Brentwood will travel to Germantown High School next Friday to compete in the division 6A playoffs.

“We need to keep on getting better every day,” said Collins.

“We hope to get on the bus and make them not happy to see us get off,” said Merrill.