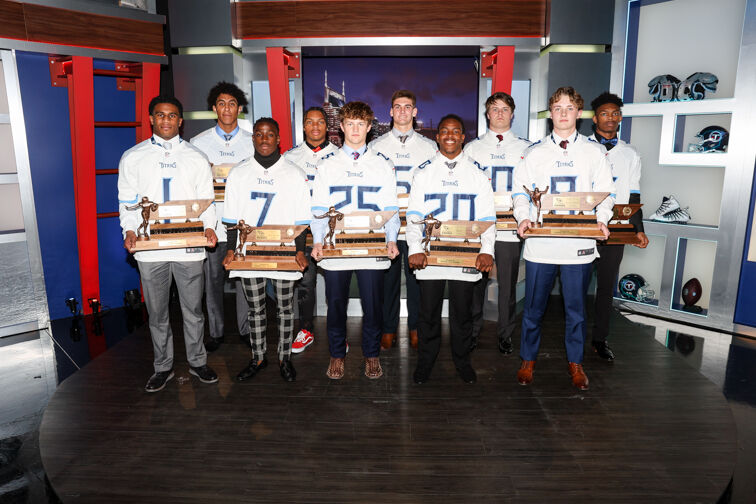 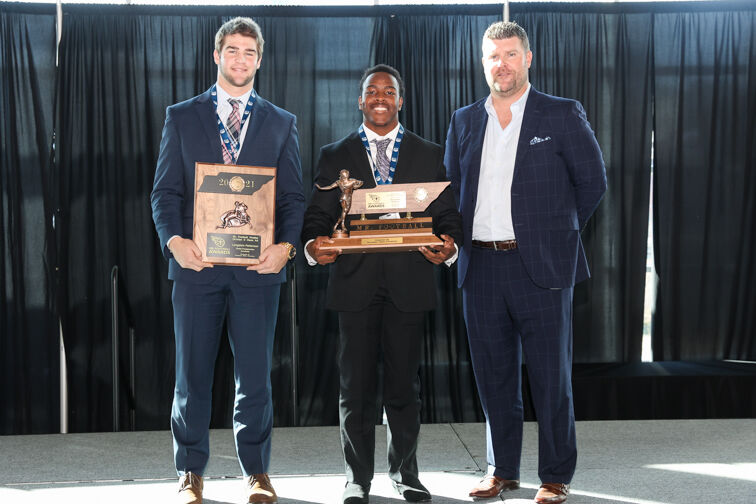 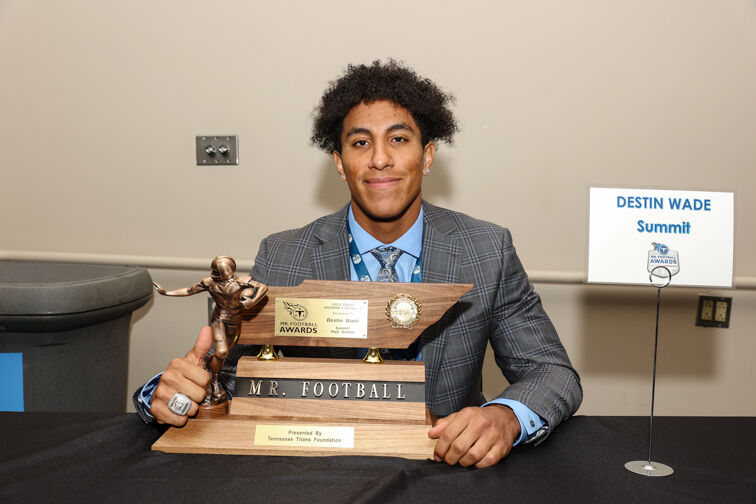 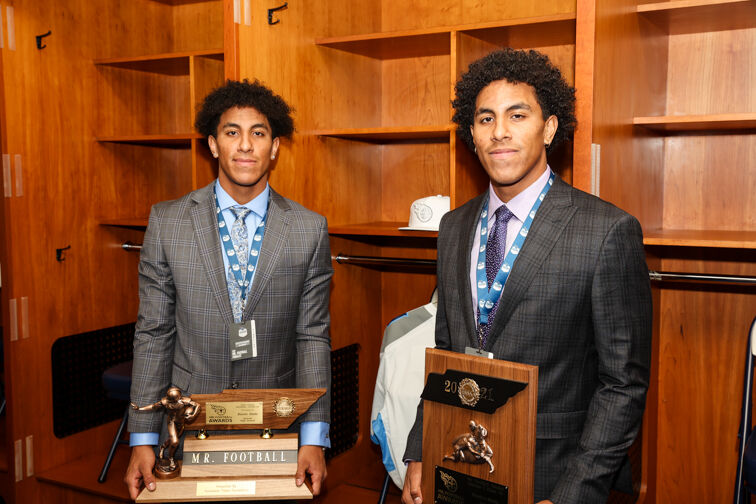 Wade was named the Class 6A Mr. Football and Broome earned the Division II-AA award at Nissan Stadium on Tuesday.

“It means a lot just to receive this prestigious award and I’m humbled (by) all the voters that voted for me,” Wade said. “So it’s a good note to go out on.”

A committee of statewide sports writers selected winners in nine classifications in addition to a kicker of the year based on 2021 regular-season performances.

“I think I accomplished everything that I set out to accomplish and probably even more,” Broome said. “It’s not about that we won. It’s the way in which we won. We talk about that all the time.”

The Mustangs (14-1) took pride in doing things the right way on a daily basis.

Wade rushed for 2,308 yards and 30 touchdowns as a quarterback, leading Summit (14-1) to a state runner-up finish.

Destin’s twin, Keaten, also a Kentucky commit, and Oakland running back Jordan James, a Georgia commit, were the other finalists.

“I think they just recruited well and then me, Keaten and Barion just started talking,” Destin said. “We needed a receiver because the wide receiver group in the past few years hasn’t been that great. Yeah, it’s going to be a great ride there.”

“Oh, man, he deserves it,” Spartans coach Brian Coleman said. “He’s such a great kid. I’m proud of Keaten, too. That’s probably the first time ever twins have been finalists.”

Keaten was named to the All-American Bowl six days ago.

He had 84.5 tackles, eight sacks, 26 tackles for a loss, two interceptions (one for a TD), six fumble recoveries and five forced fumbles from his spot at linebacker.

Destin has been Summit’s quarterback for the past four seasons, including a 40-5 run the past three years.

“The last two seasons – he’s a complete quarterback,” Coleman said. “He can throw the ball well, he can read defenses, he can do anything you ever want him to do, for sure.”

Coleman believes Destin will do well at Kentucky.

“The Beech game last year was, I think, his turning point as a quarterback so that’s a favorite moment for all of us,” Coleman said. “The comeback win at Beech in the quarterfinals. We kind of knew he was a complete quarterback then and I think his confidence grew there, too.”

Destin threw a 9-yard TD pass to Caleb Jolley with 27 seconds left to give Summit a 36-29 win at Beech last fall en route to a 5A title.

The 6-foot-3, 210-pound quarterback accounted for 412 yards of offense that night.

He was named MVP in the state championship win over Christ Presbyterian Academy on Thursday.

Boston College (6-6) utilizes a pro-style offense that emphasizes the run.

“They go a little bit more under center,” Broome said. “They don’t run as many screens as us. Other than that, yeah, it’s pretty similar.”

Lipscomb’s Trent Dilfer called Broome a coach’s dream who deserves all the great things in life coming to him.

“He bleeds excellence and that pours out into his football and his academics and his relationships,” Dilfer said. “He’s more complete (than most running backs), he’s a fantastic receiver, he’s got finishing power, he’s got speed, instincts, vision, he’s a good pass protector. Like, he’s the complete package.”

Lipscomb quarterback Luther Richesson and CPA linebacker Langston Patterson were the other finalists.

Richesson, a Cincinnati commit, passed for 2,931 yards and 39 TDs with five interceptions.

Patterson, a Vanderbilt commit, had 97 tackles, including four sacks.