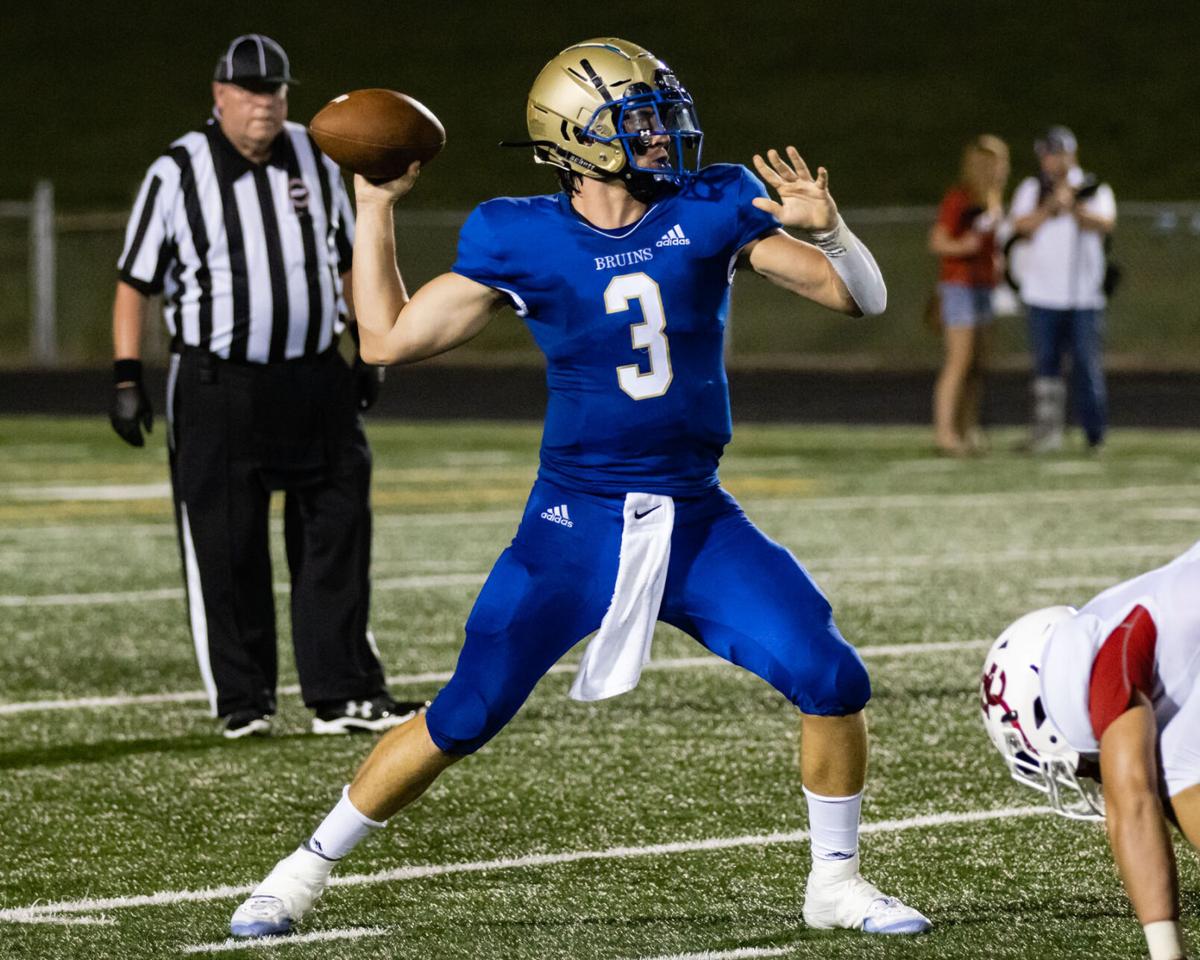 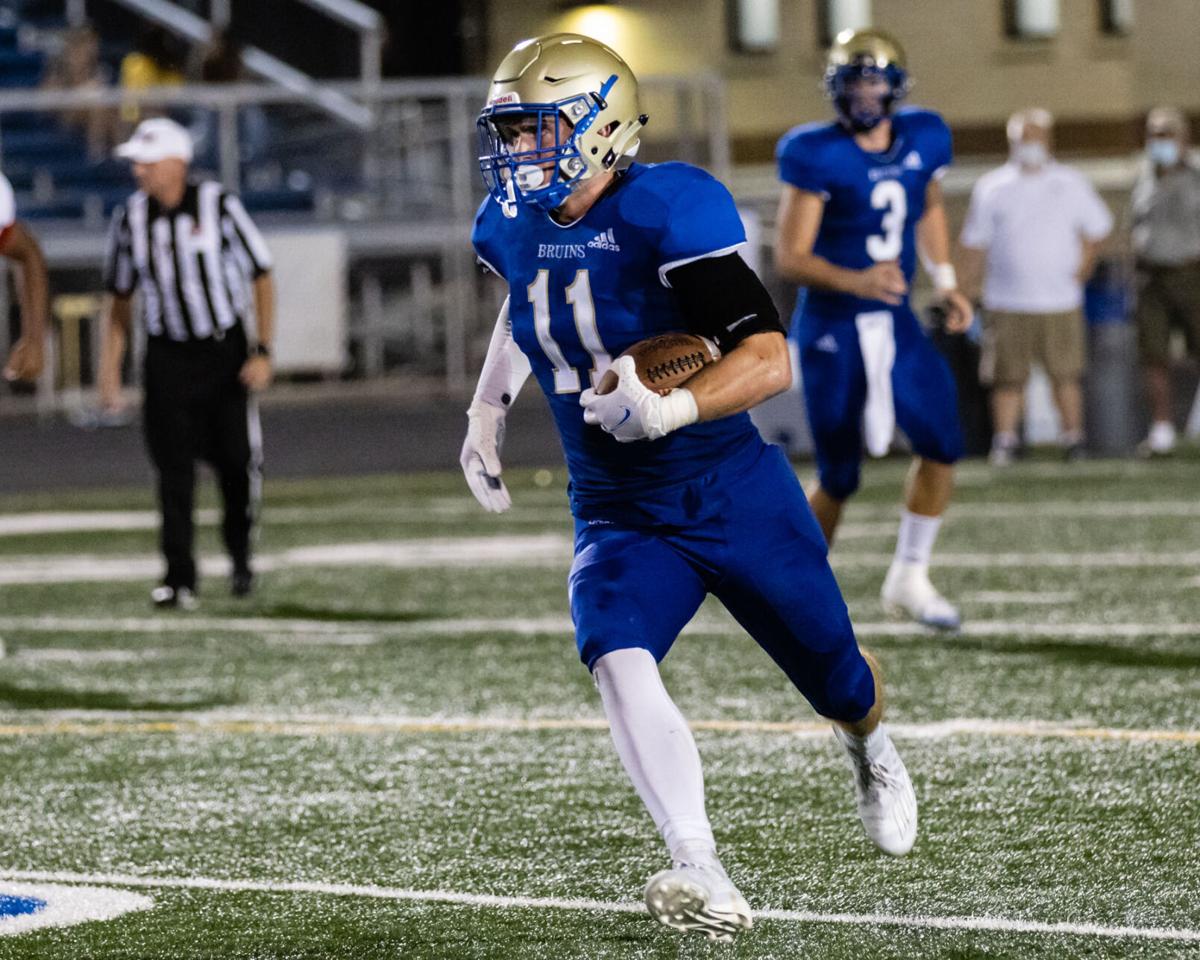 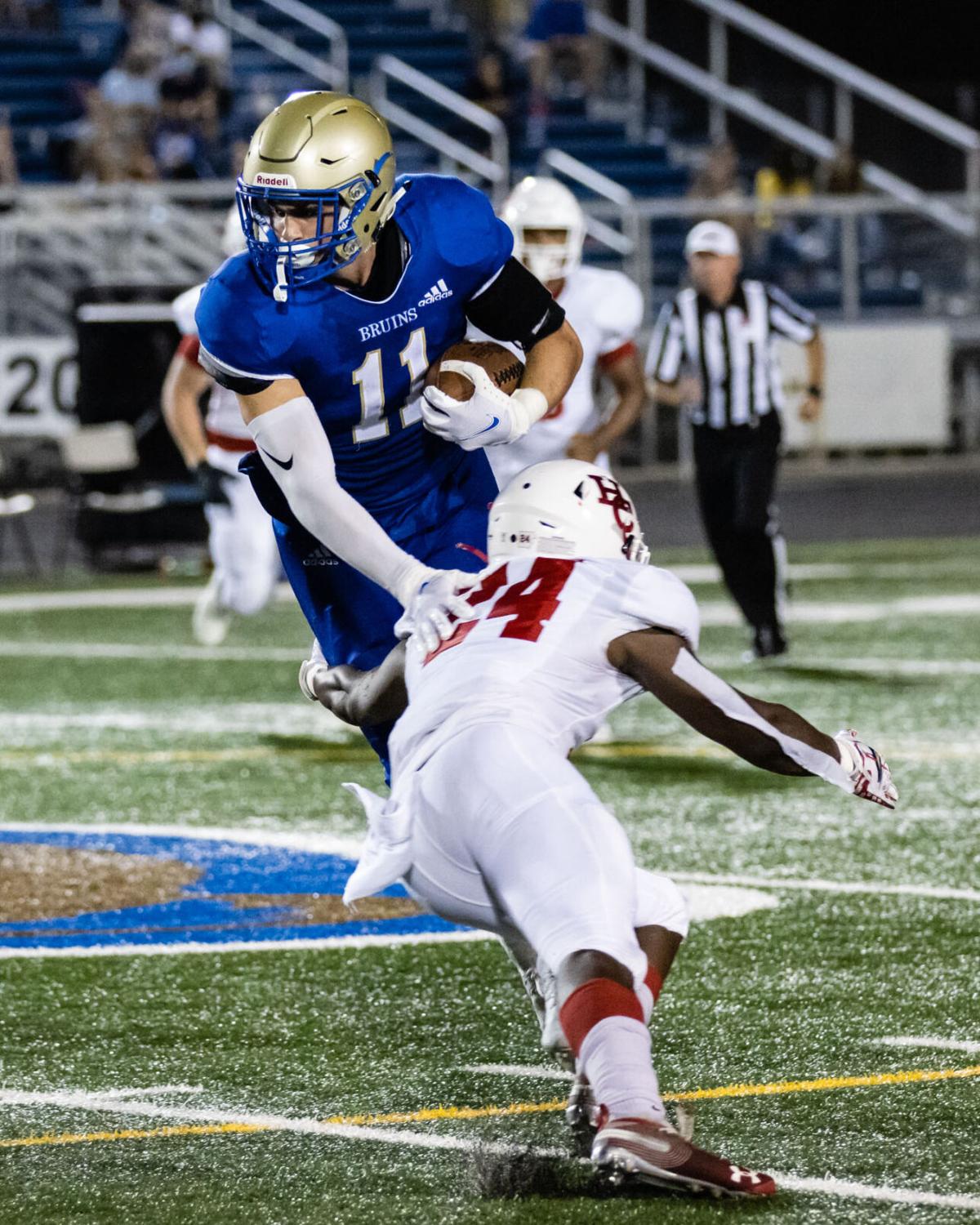 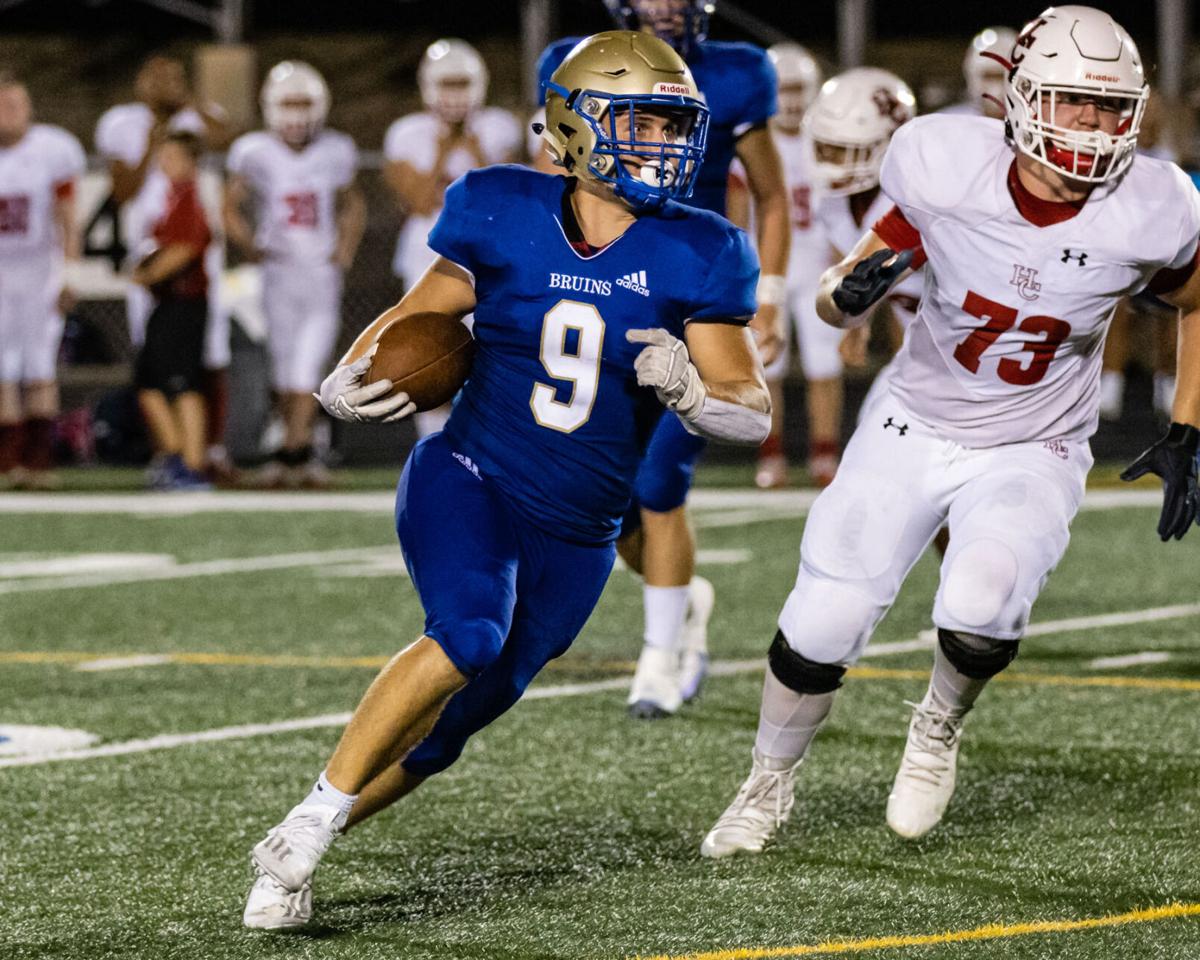 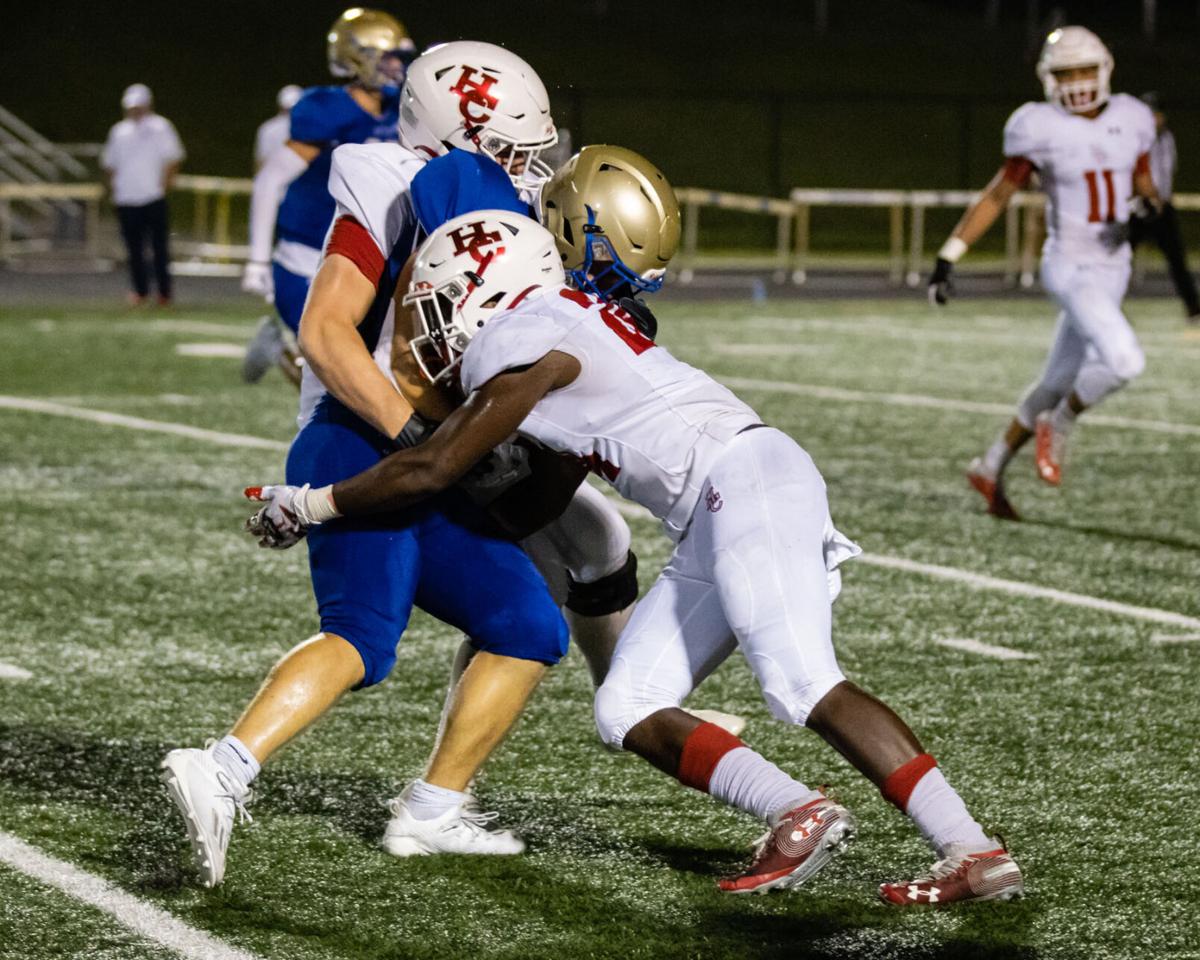 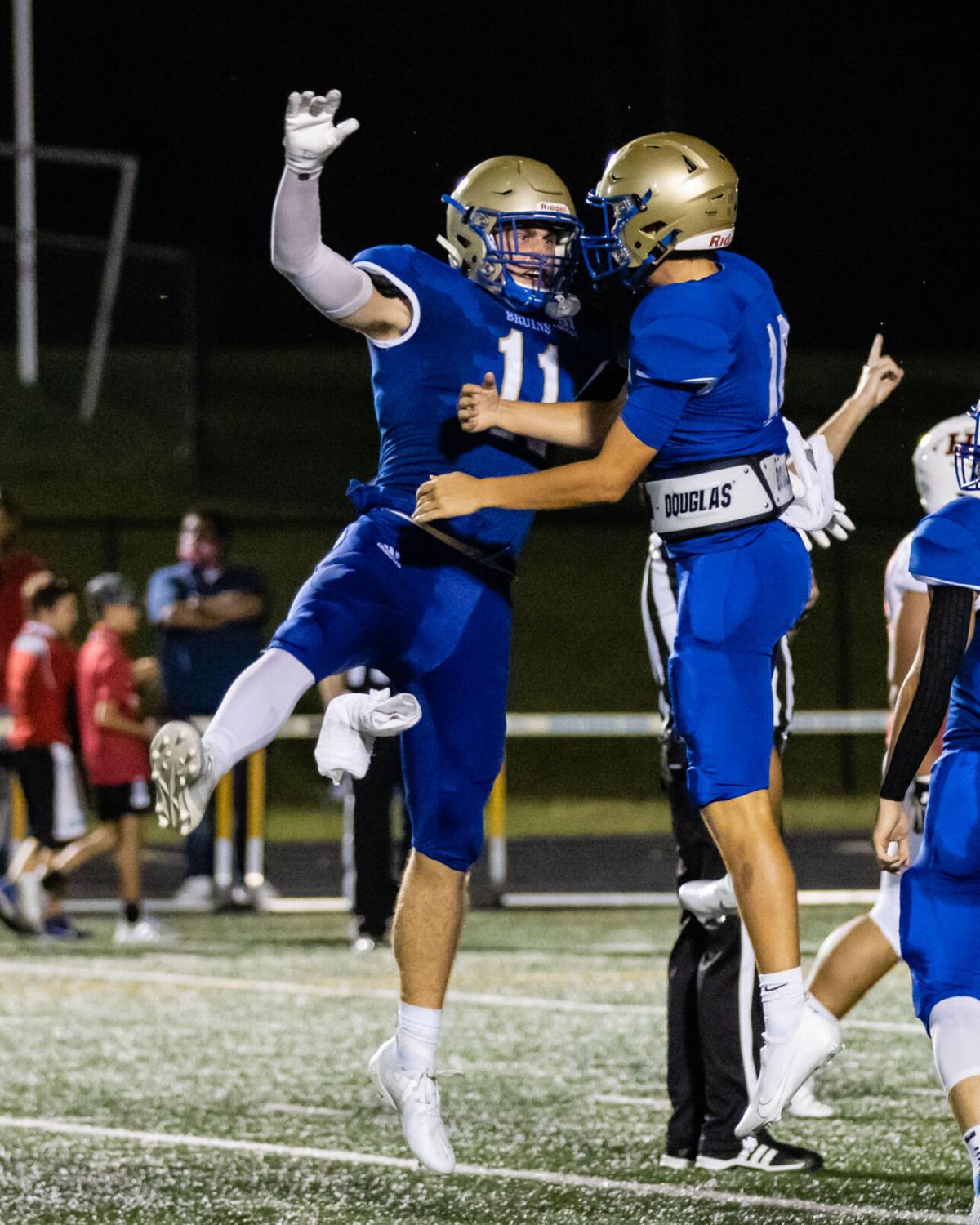 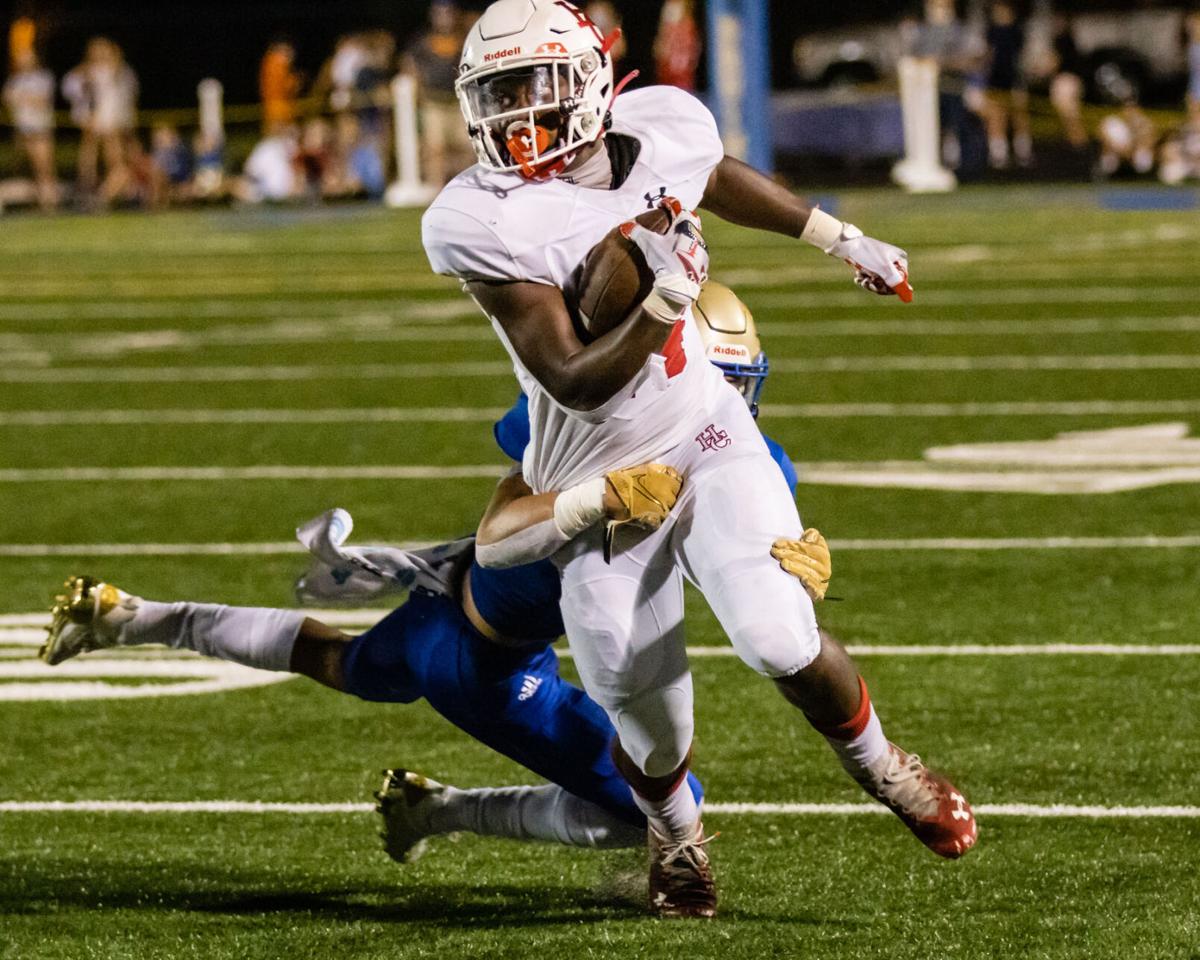 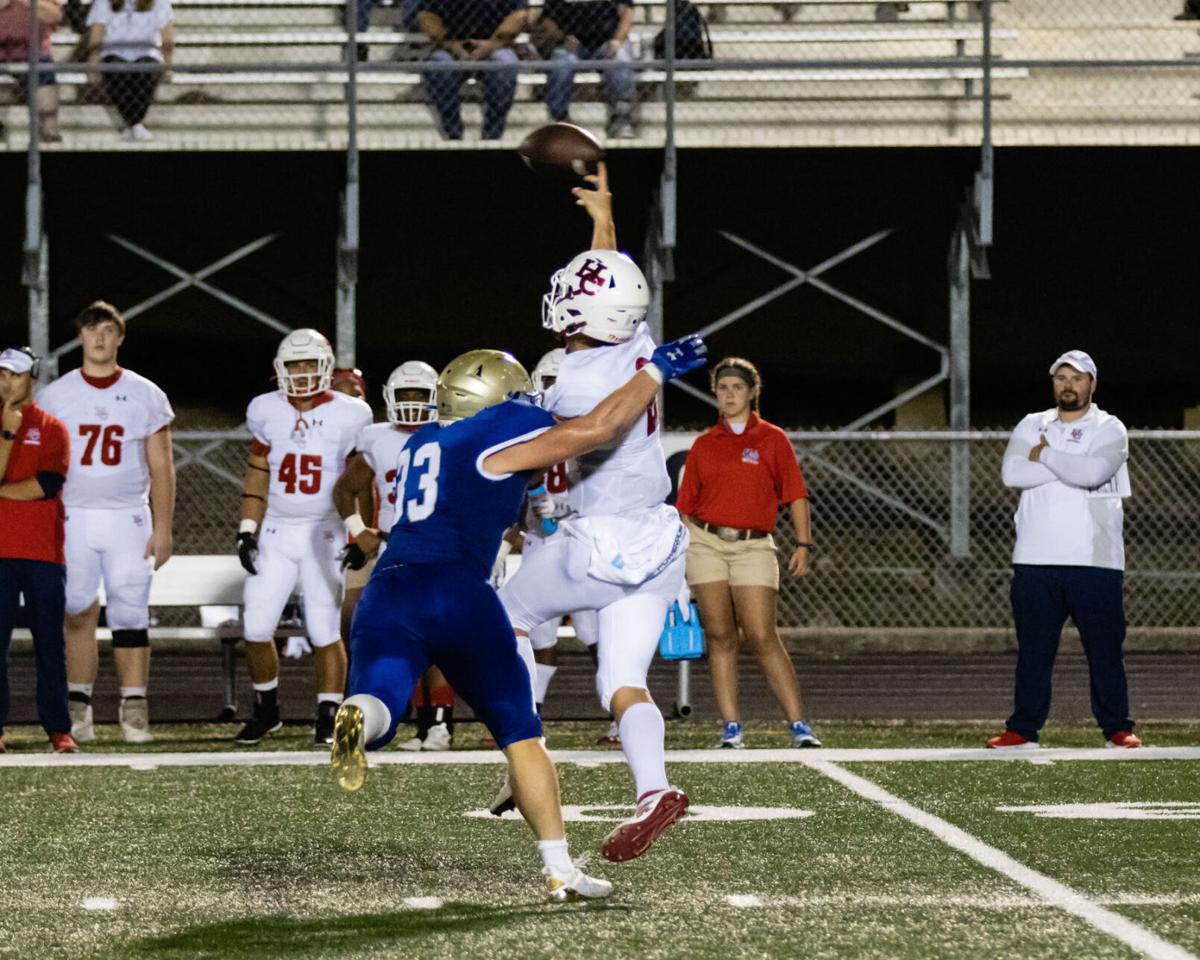 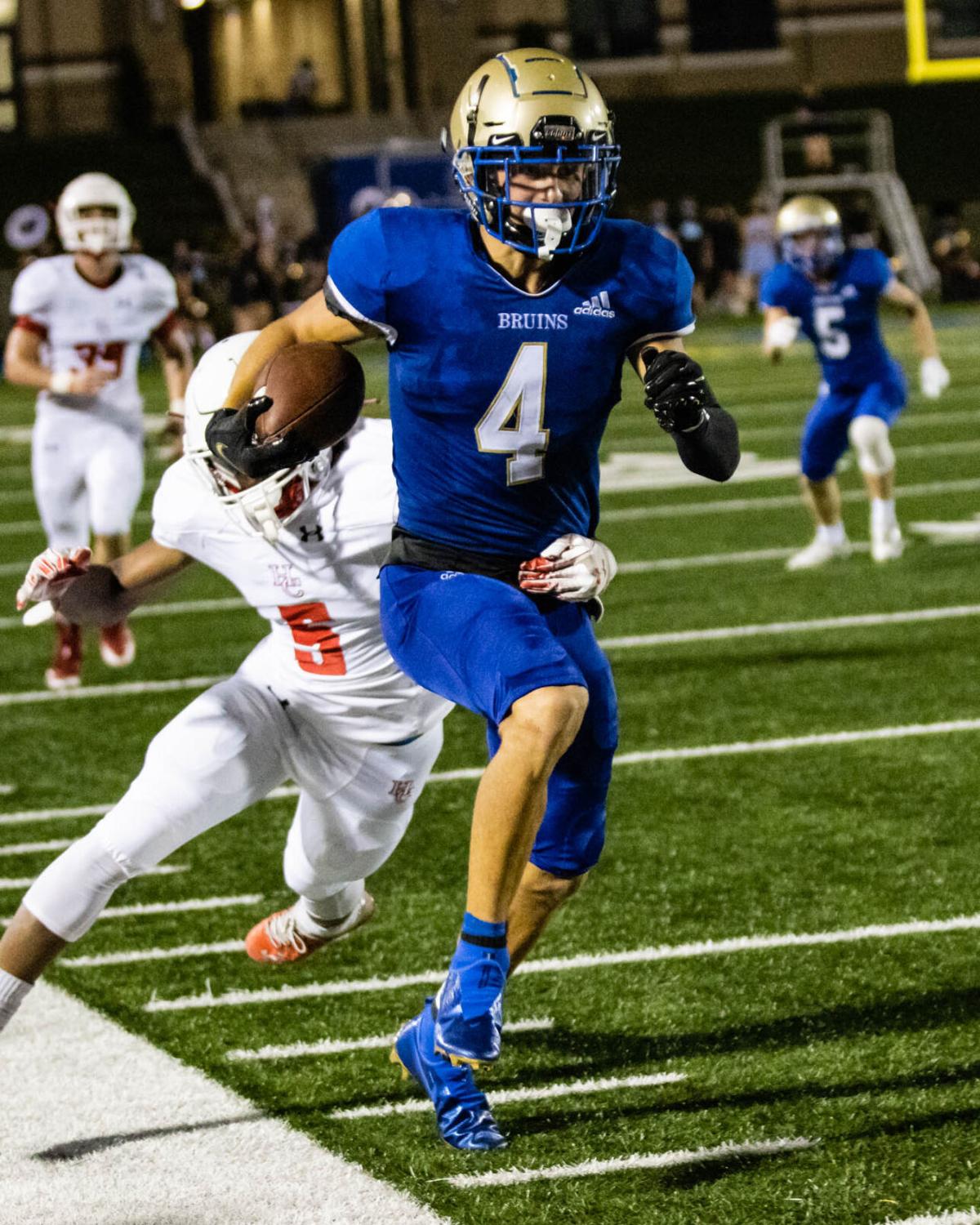 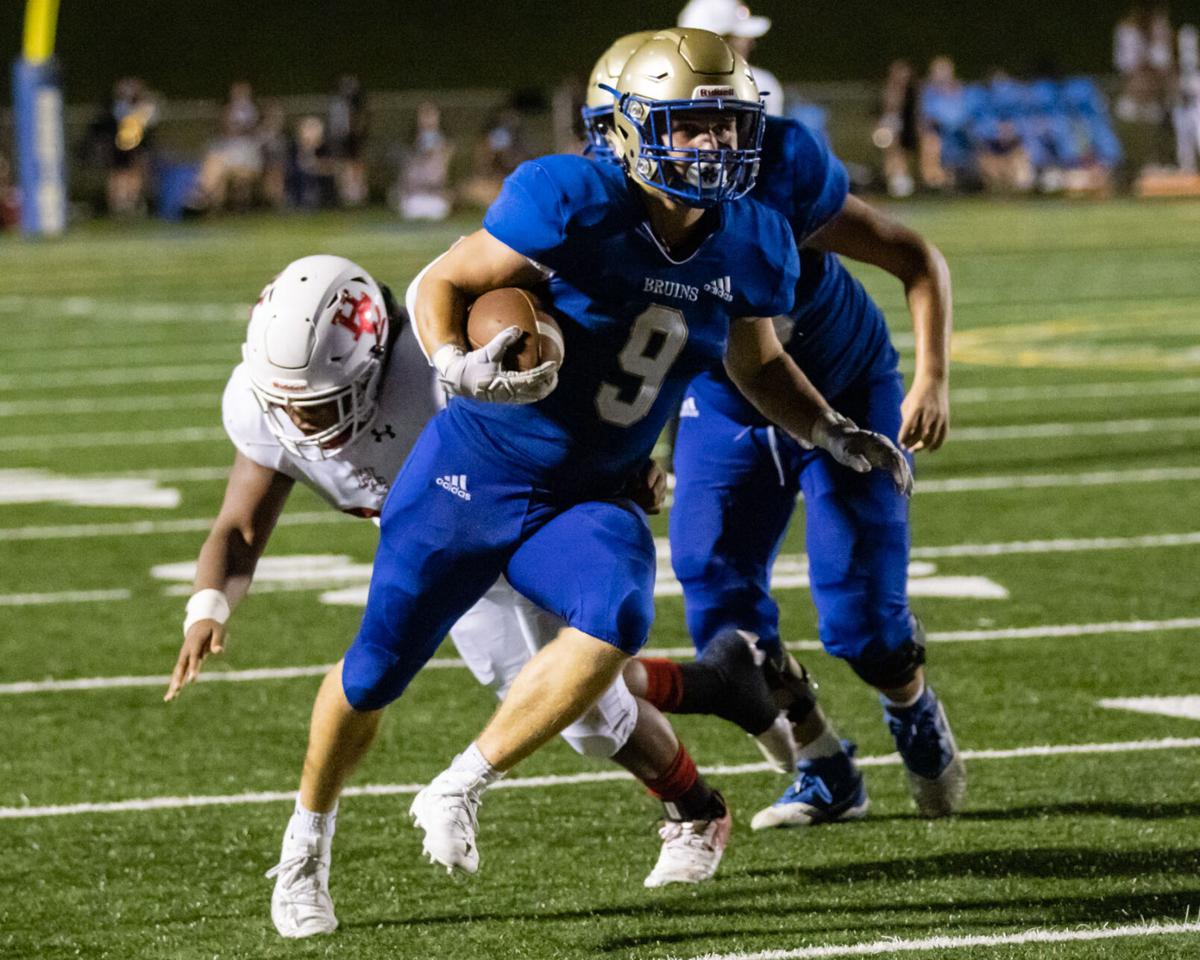 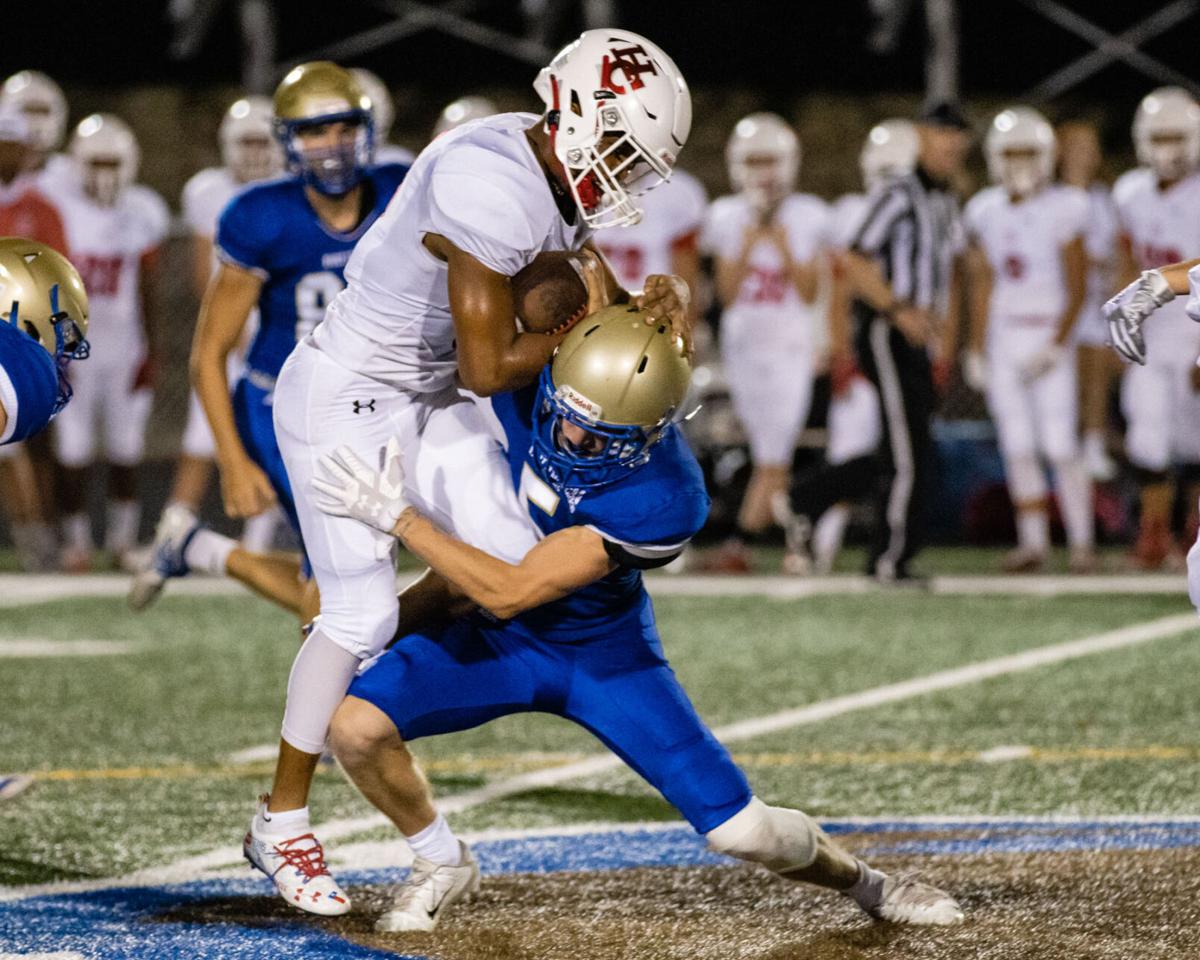 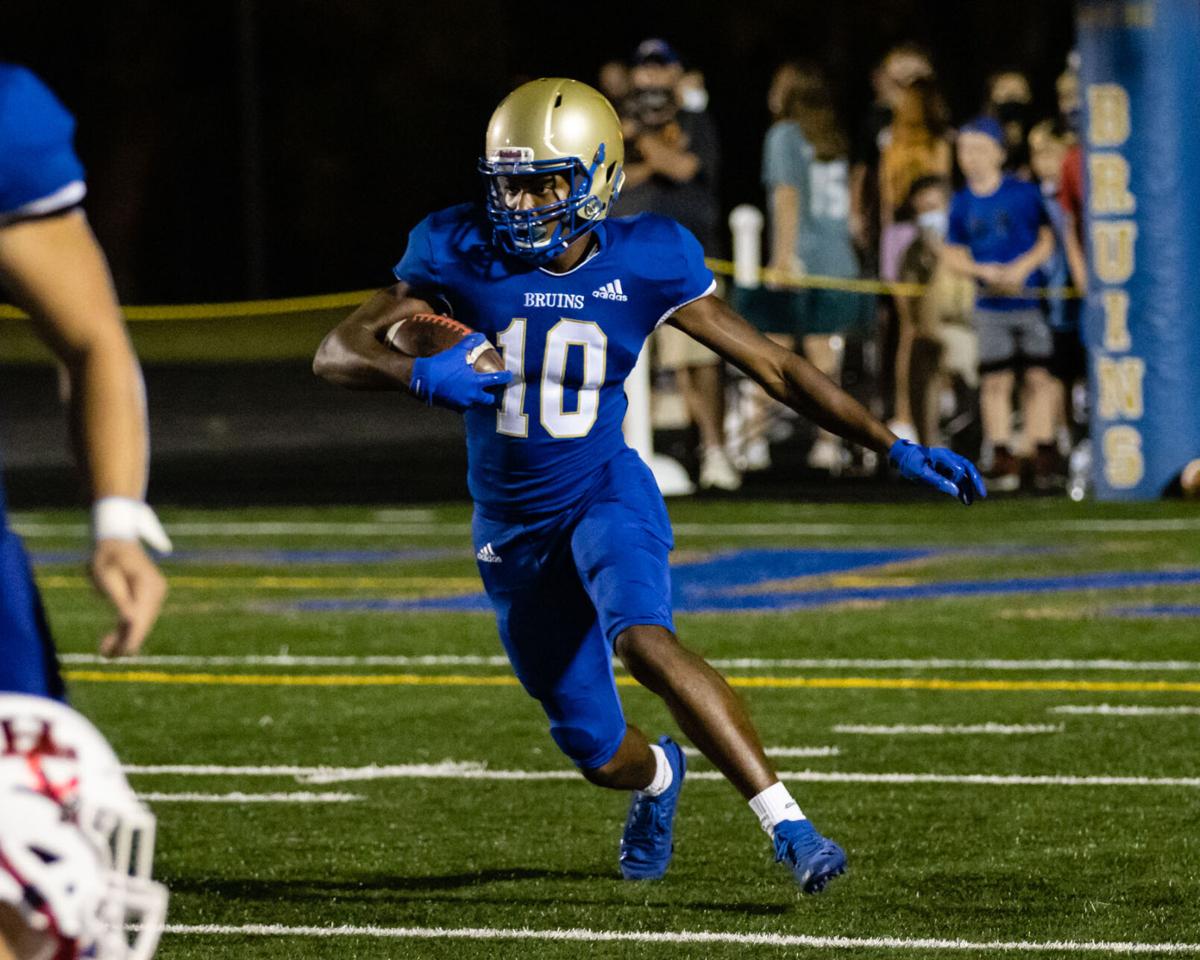 It took a little while for Brentwood High’s offense to get going on Friday night. But once Bruins quarterback Cade Granzow and the Bruins offense started scoring, they never stopped.

Granzow threw six touchdown passes and ran for another to lift the Bruins (2-1) to a 55-17 victory at home over the Henry County Patriots (2-2) in their final tune-up before they kick off regional play next week against Ravenwood.

While Walton was able to take short passes and screens and turn them into long touchdown plays, Merrill made several outstretched catches at pivotal moments tailor-made for highlight reels.

“Our playmakers made plays, it was as simple as that. That was fun to see,” Bruins Head Coach Ron Crawford said. “When you get the ball to Walker Merrill it opens things up for everyone else. And as for Cade, he is a three-year starter and we need him to be good, and tonight he was real good.”

After a scoreless first quarter, the Patriots landed the first blow with quarterback Ryan Damron connecting with wide receiver Jawon Odoms, who sidestepped a defender after making the catch near the sideline and sprinted into the end zone for a 20-yard score with 8:30 left in the second quarter.

But Brentwood answered by scoring three touchdowns in the final five minutes of the first half. First, Walton took a short pass from Granzow and dashed 32 yards to tie the game with 4:30 remaining. Then, with just under a minute to go, Granzow threw a pass toward the back of the end zone and Merrill leaped over a defender to make the grab and got his feet down to give the Bruins their first lead of the game.

On the ensuing kickoff, Henry County fumbled the pooch kick and Brentwood recovered at the Patriots’ 41-yard line, giving the Bruins a golden opportunity to extend their lead. Granzow quickly marched Brentwood High into the red zone and ran the ball into the end zone from one yard out with 13 seconds to go to give the Bruins a 21-7 lead at halftime.

That outburst proved to be just a prelude for an even more explosive third quarter for the Bruins offense. After Henry County temporarily stopped the bleeding with a 40-yard field goal from kicker Darrius Stephens, the floodgates opened up again with Granzow throwing four more touchdown passes before the third quarter ran out. When it was all over, the Bruins had a comfortable 38-point lead going into the fourth quarter.

“We settled down after the first quarter... we just let our guys play and we started executing,” Crawford said. “We didn’t put four quarters together, but the second and third quarters were complete for us and that was enough. We’ll need more than that next week.”

Now the Bruins hope to ride that momentum into the “Battle of the Woods”--their annual regular season matchup against rival Ravenwood--on Sept. 18.

Next Friday’s game will also be a rematch of last year’s Class 6A quarterfinals, when the Raptors knocked the Bruins out of the playoffs and ended their season.