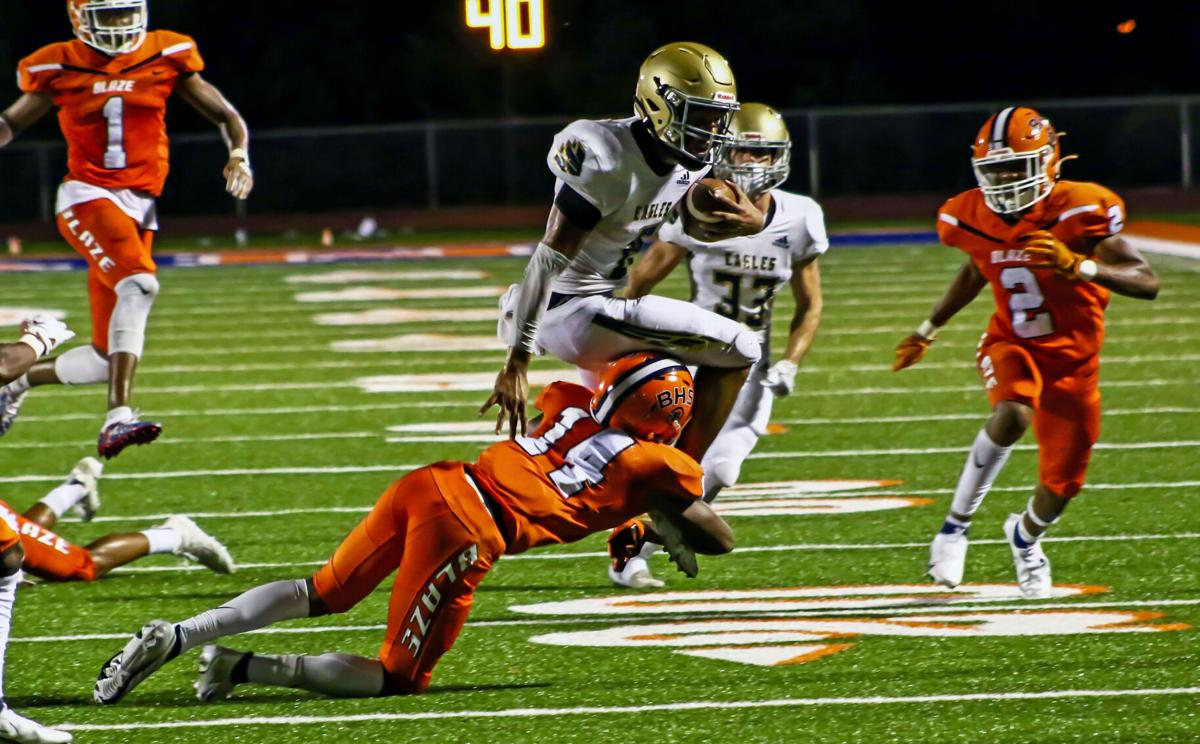 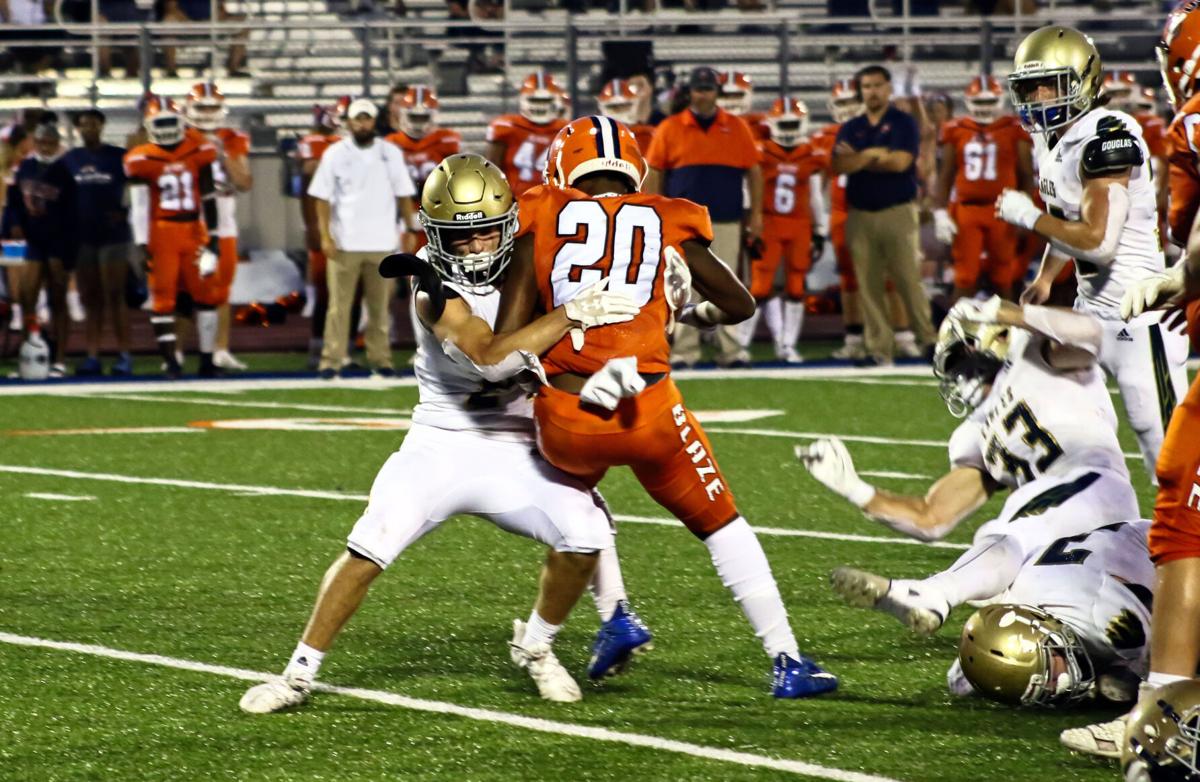 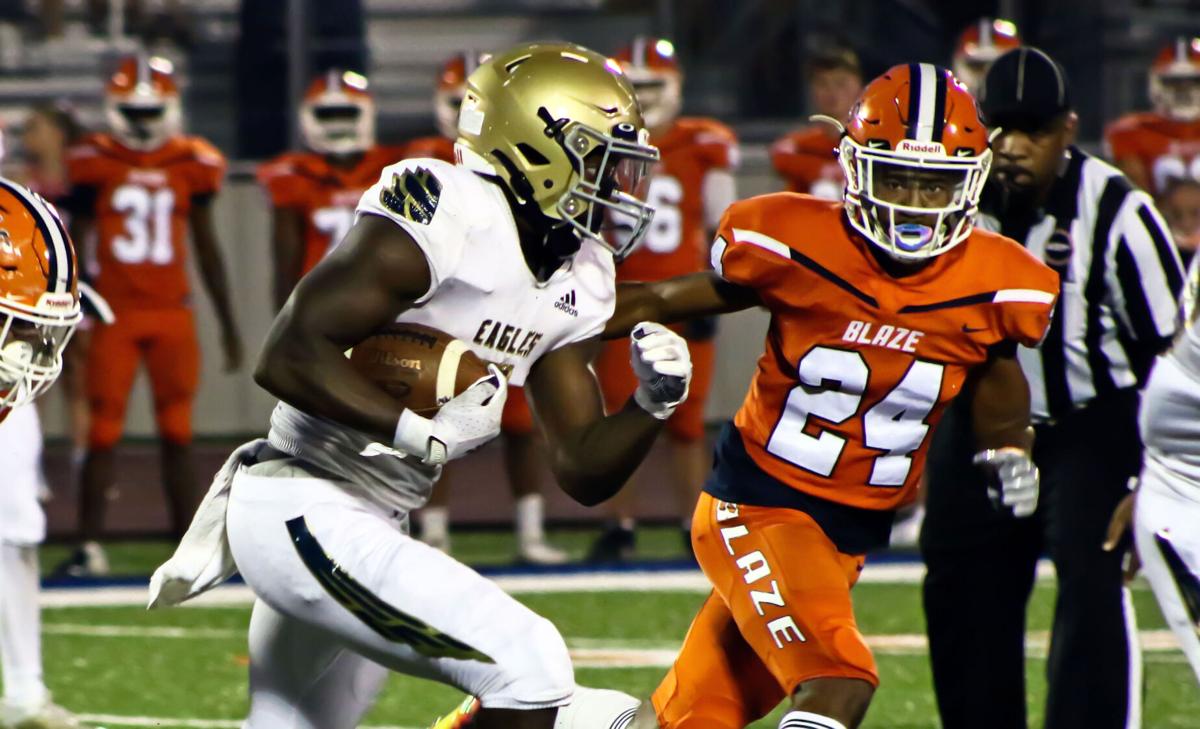 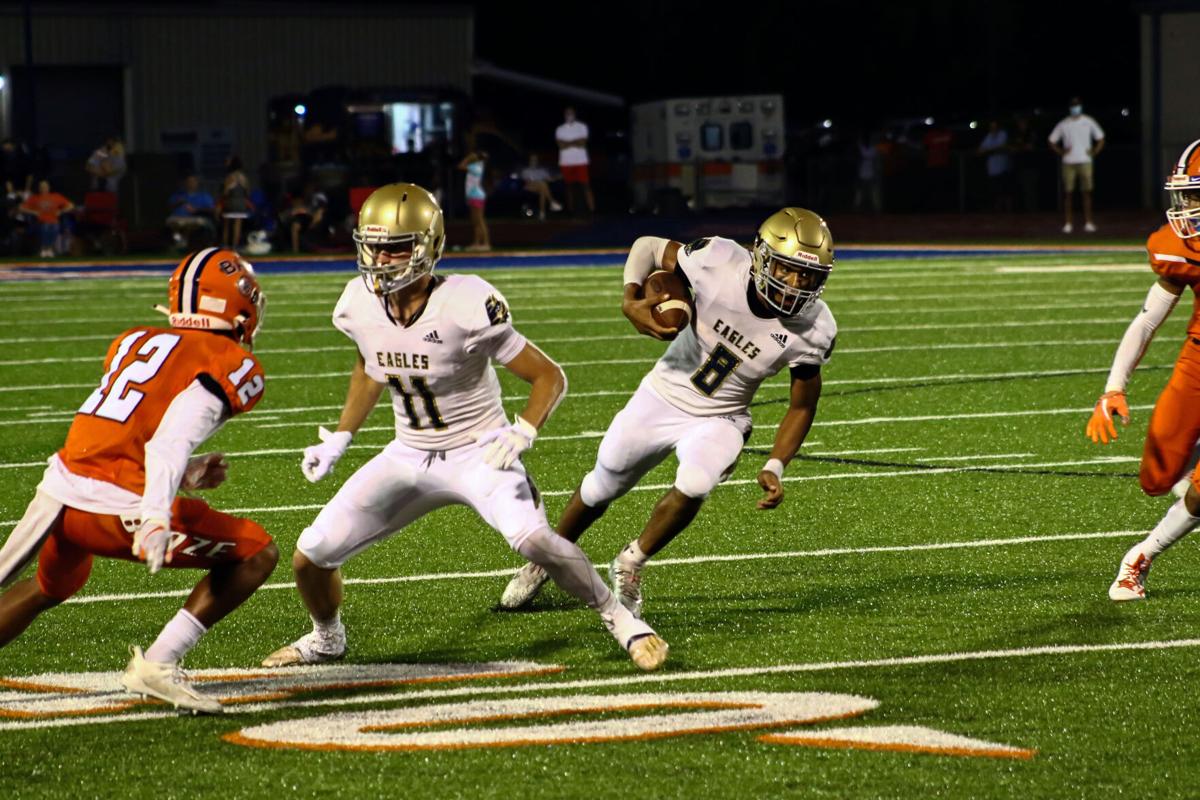 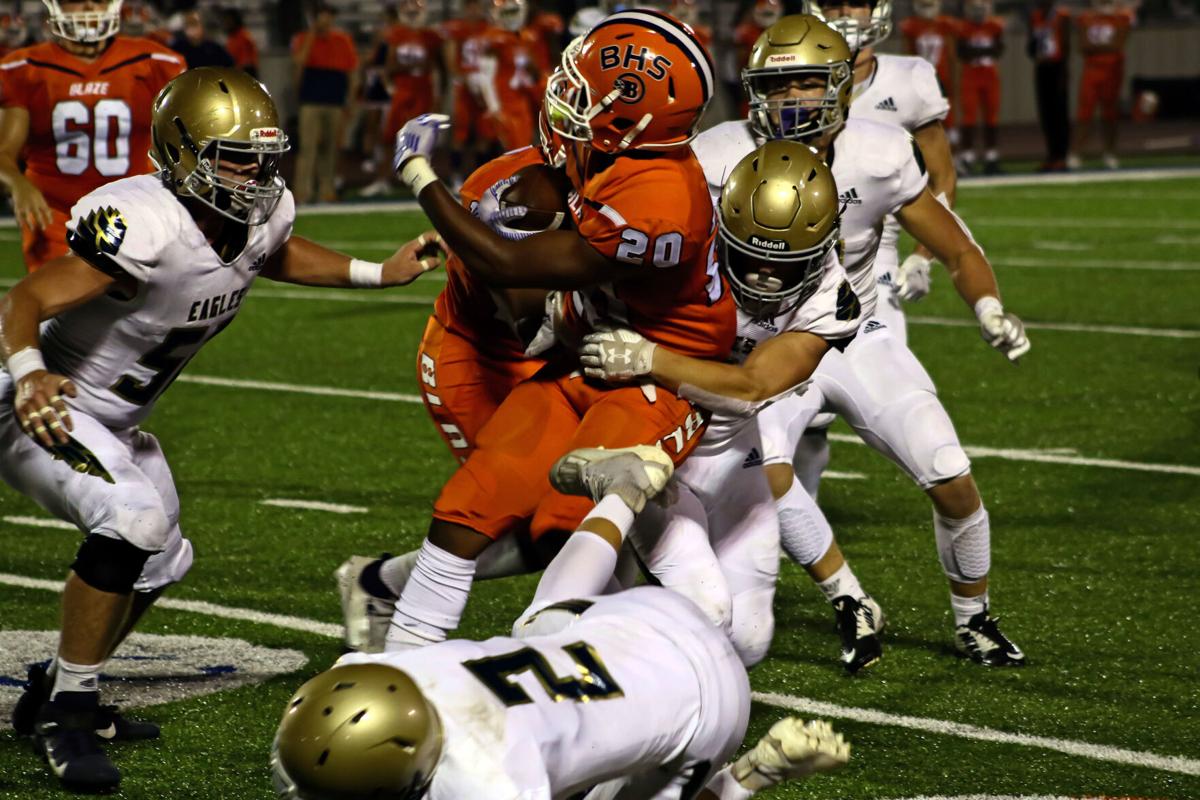 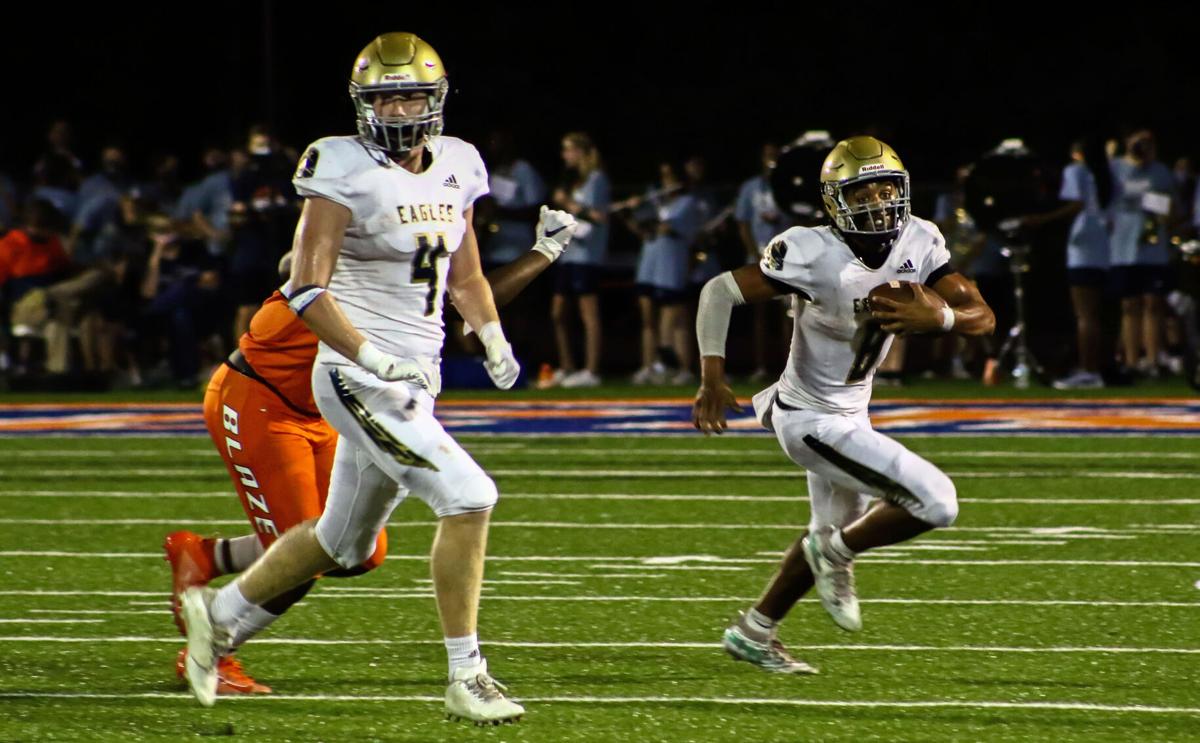 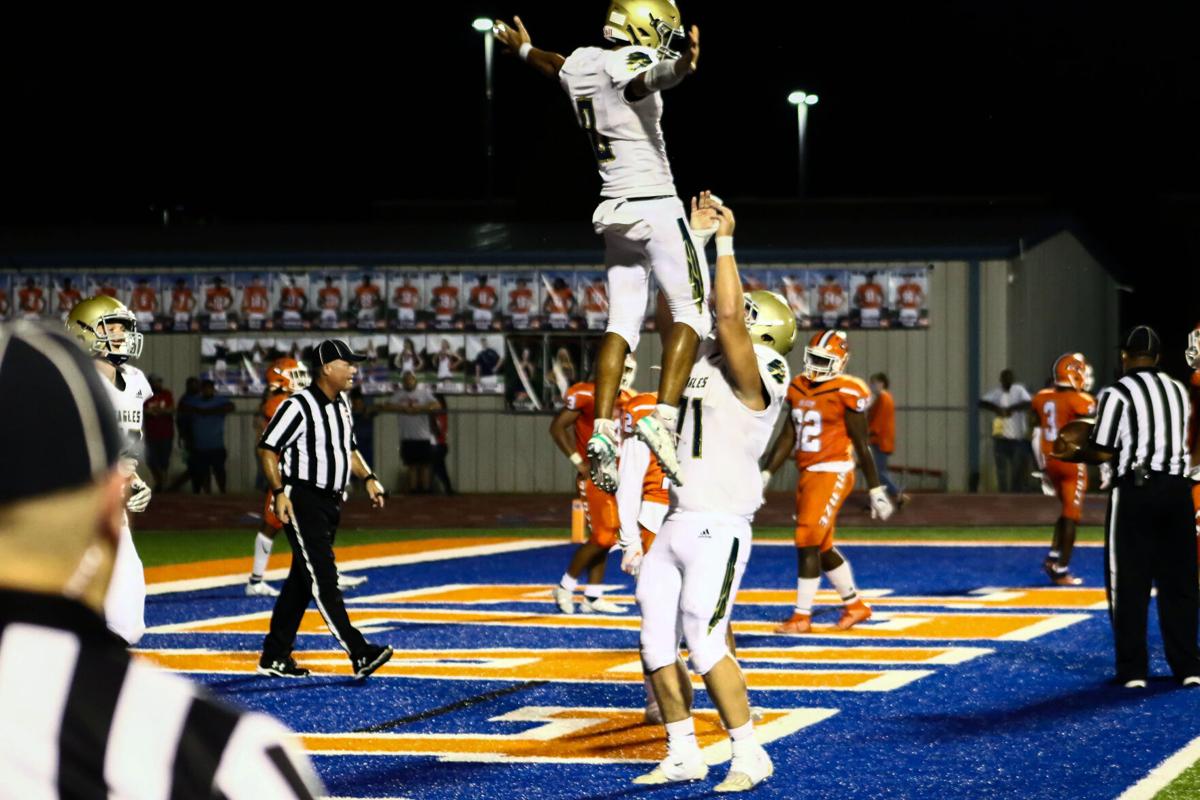 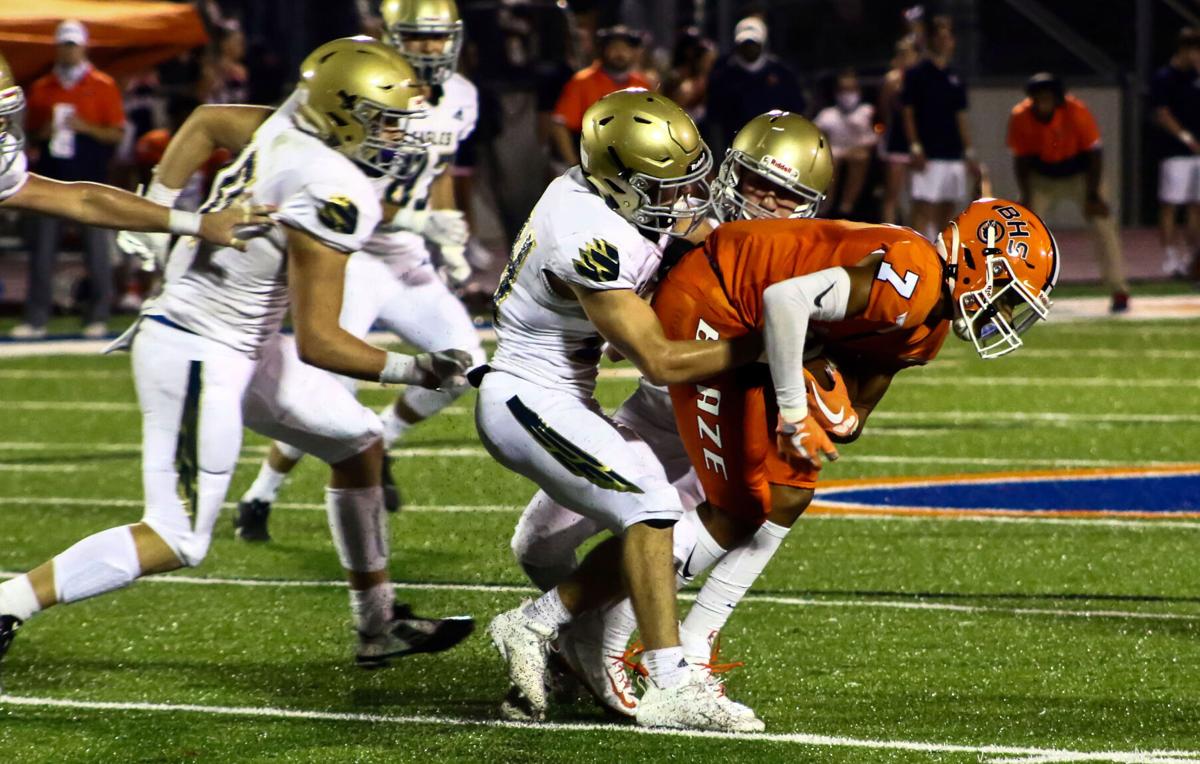 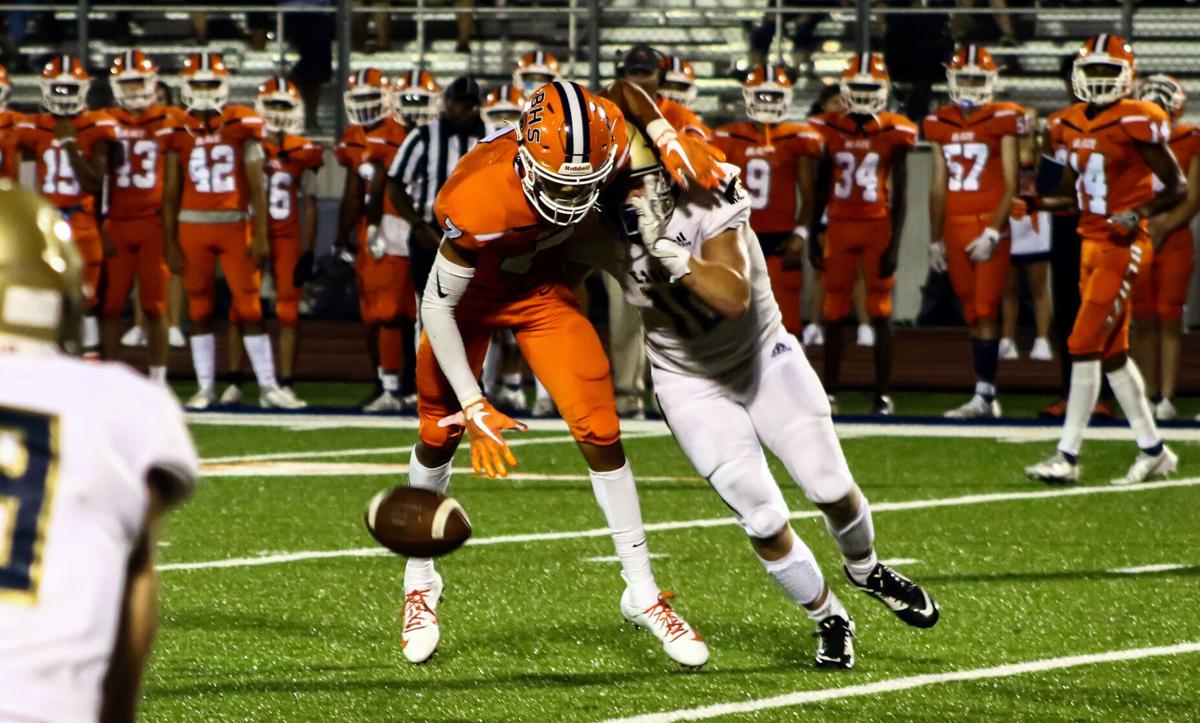 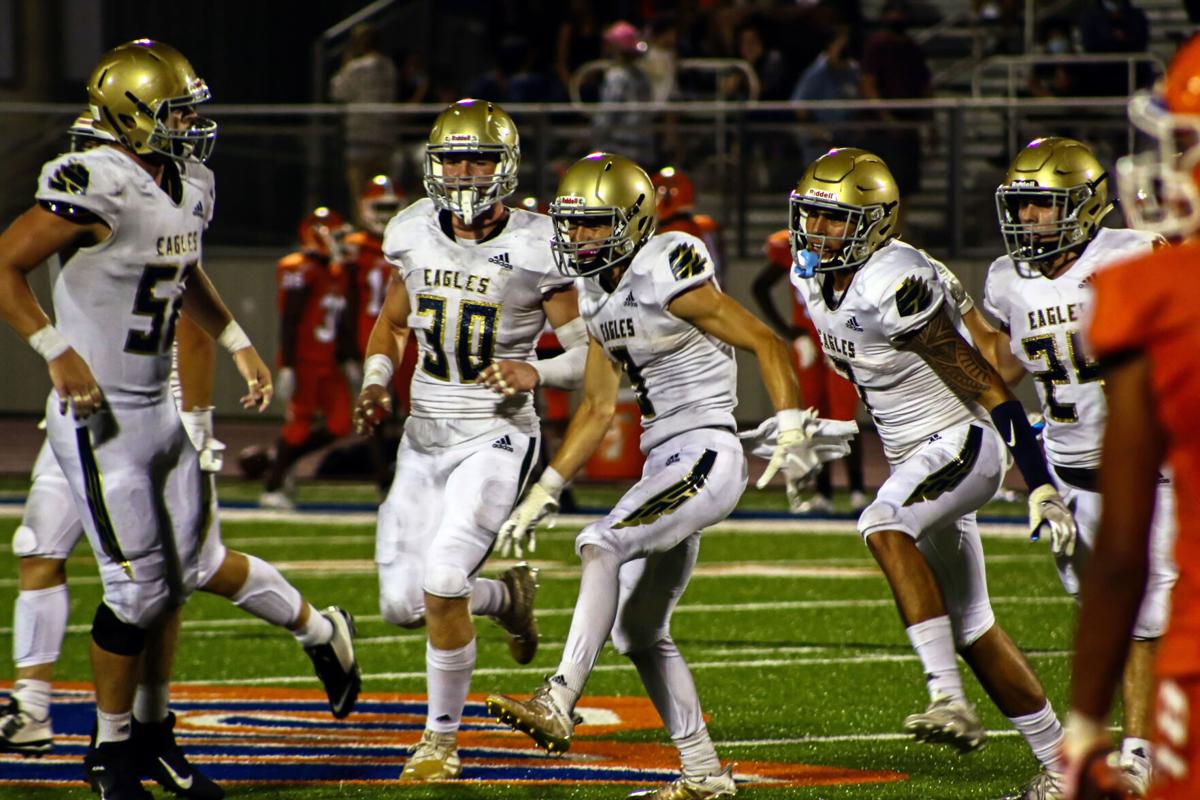 The Independence defense celebrates an interception by Brooks Sapone (2) 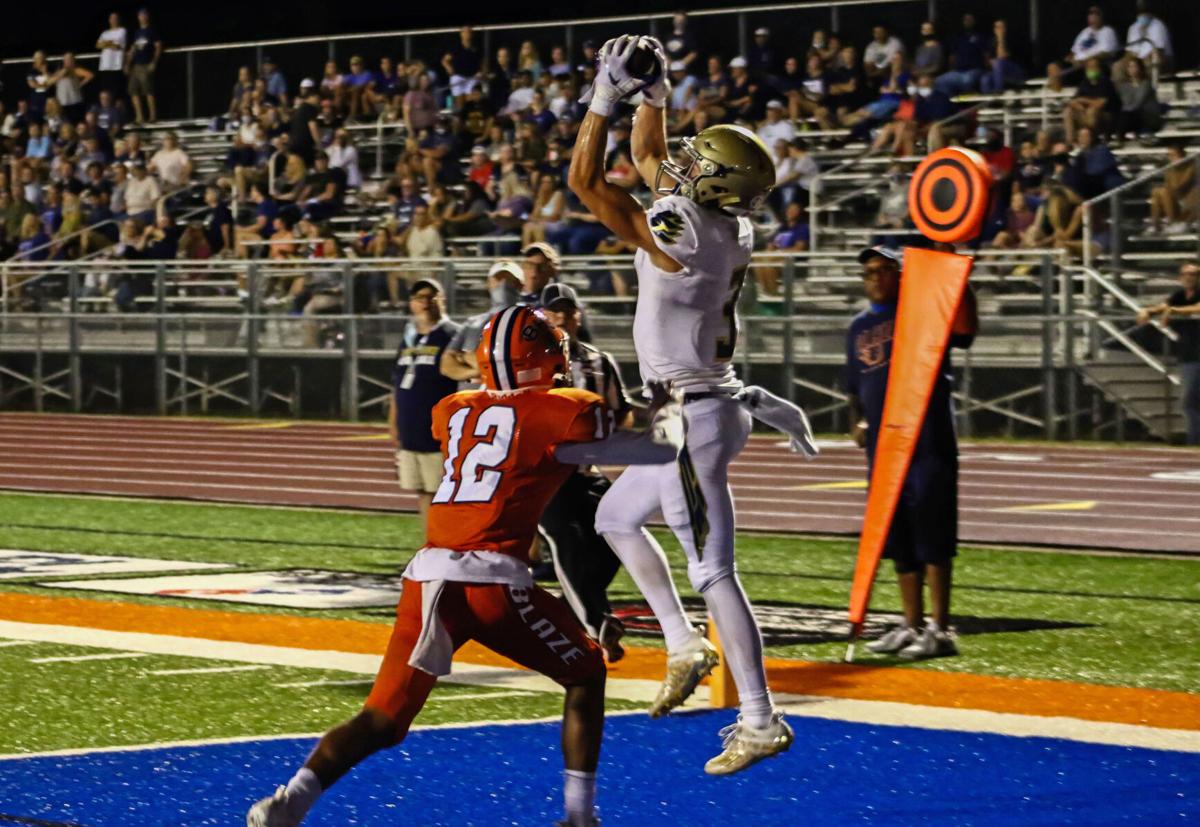 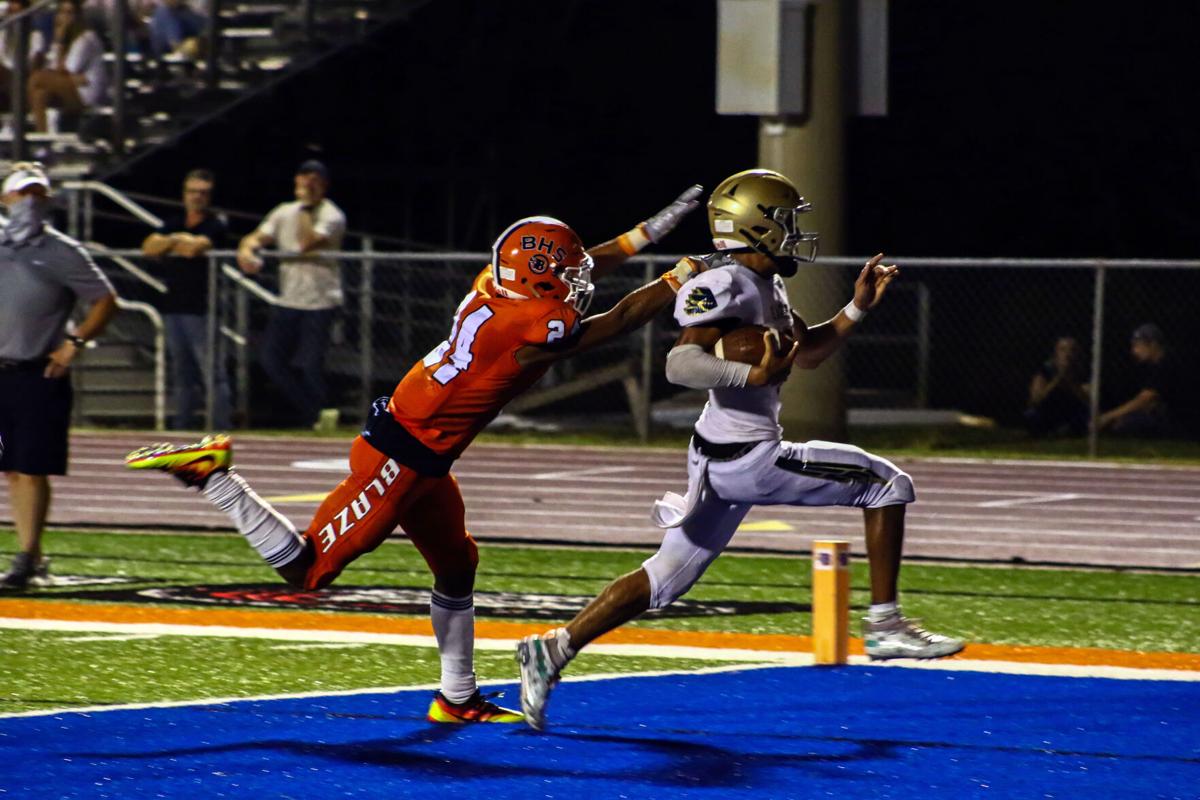 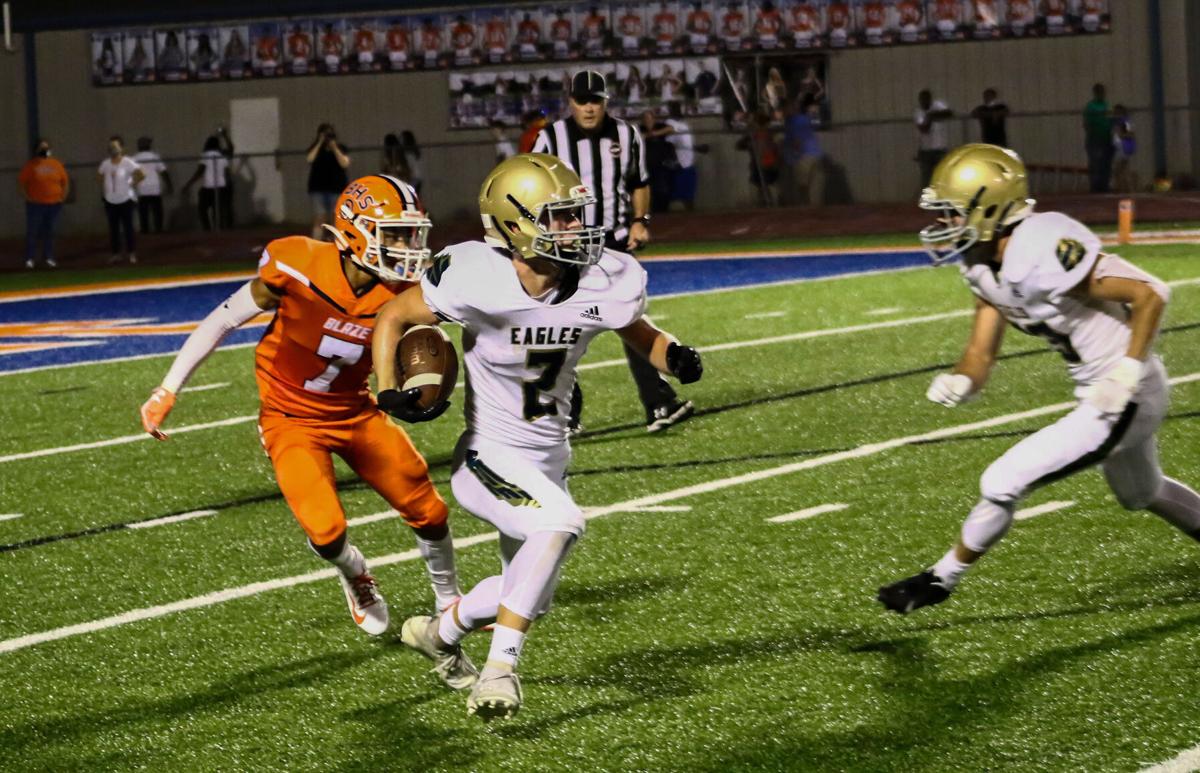 The Independence defense celebrates an interception by Brooks Sapone (2)

On paper, the Independence Eagles and Blackman Blaze appeared to be evenly matched. However, on the field Friday night, Independence was the superior team and it wasn’t even really close.

“It’s basically like a double-edged sword,” Campbell said. “Our offense, we can run it, we can pass it, we can grind it out or throw it over the top. [My offensive line] is wonderful. It’s what a quarterback wishes for. They’re big and physical, but don’t let that fool you, there’s some athletes back there. I was protected and I barely got touched today.”

Although Campbell only had one passing touchdown – a 12-yard strike to Calvin Wilson in the third quarter that put Indy up 21-0 – he spread the ball around to six different receivers.

Ty Lockwood led the way with six receptions for 84 yards, while Wilson had three grabs for 57 yards and the score, and Tyler Kondra and Dawson Moore each added two receptions.

“They tended to blitz a lot more, so the field was wide open,” Campbell said. “We had a couple good check downs and our wide receivers went up in the air…there were a couple of 50/50 balls and they just got it. With them, it’s not really 50/50, it’s more like 70/30.”

Independence opened up the passing game by employing a successful run game, drawing Blackman defenders up into the box at will. The Eagles accounted for 174 total yards on the ground – led by Campbell’s 85 yards – while Tre Hartwell added 55 yards and Brice West accounted for 25 more.

The offense, however, wasn’t the only unit that was clicking. The Independence defense forced four takeaways, shutting down the Blaze offense on seemingly every drive.

Linebacker Josh Amor recovered a Blackman fumble in the first quarter that ultimately ended with Campbell’s first touchdown run of the night. In the third quarter, linebacker Andrew Holloway forced another Blaze fumble that led to Campbell’s 29-yard touchdown run that put Independence up 28-0 at the time.

Three games into his first season as Eagles’ starting quarterback and Campbell has made the transition appear seamless. Independence is 2-1 and averaging 31 points per game. Campbell has thrown for 611 yards and seven touchdowns while adding another 304 yards and five scores on the ground.

“Coach Blade is a great coach and he really adjusted the offense toward some of my strengths,” Campbell added. “I was excited to take the quarterback roll this year because I’m a leader at Independence. I’m looking for us to go very far this year.”

Independence is on the road next week at Franklin. The Admirals are 2-2 with wins over Summit and Siegel. They handed Summit its first loss Friday night -- a 27-20 loss in Spring Hill.