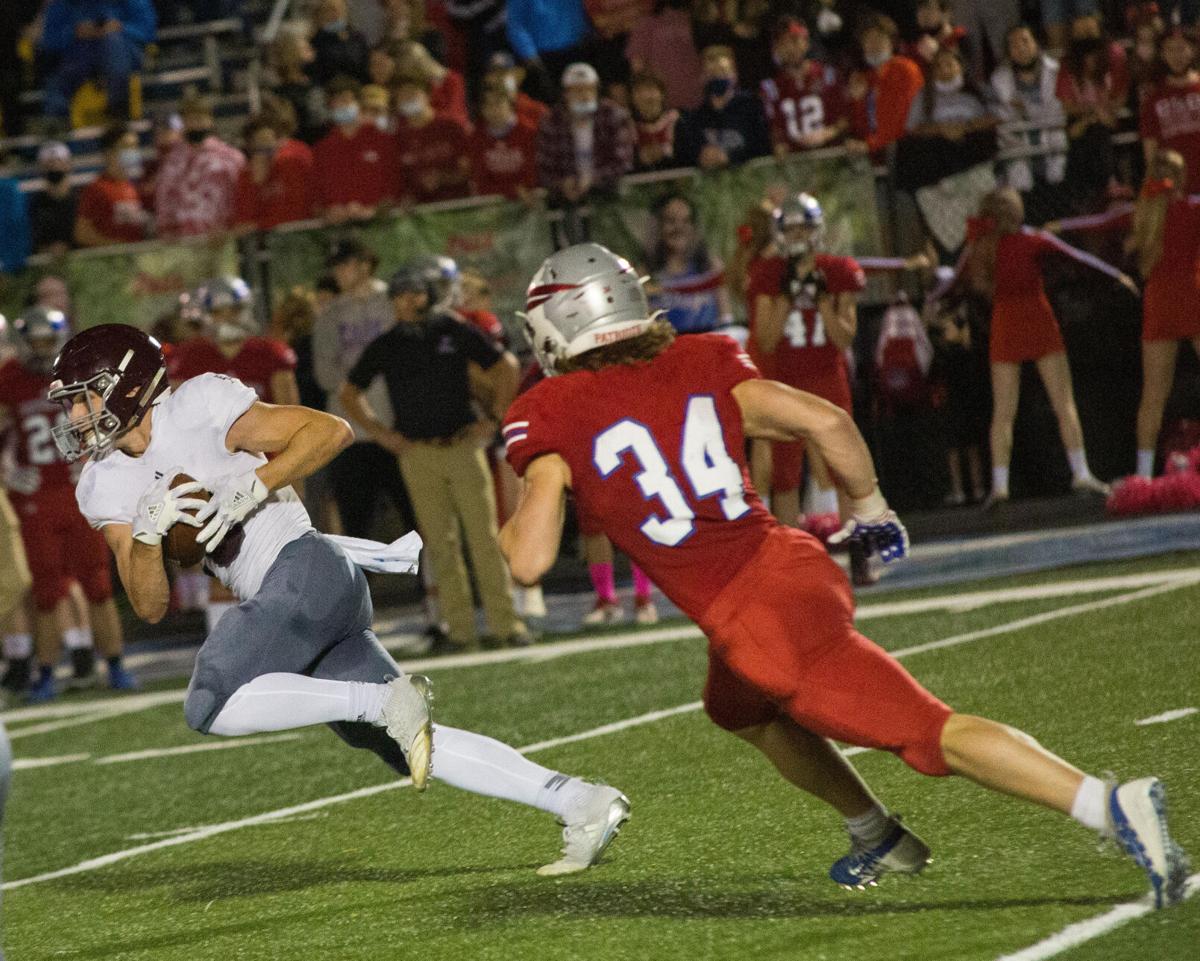 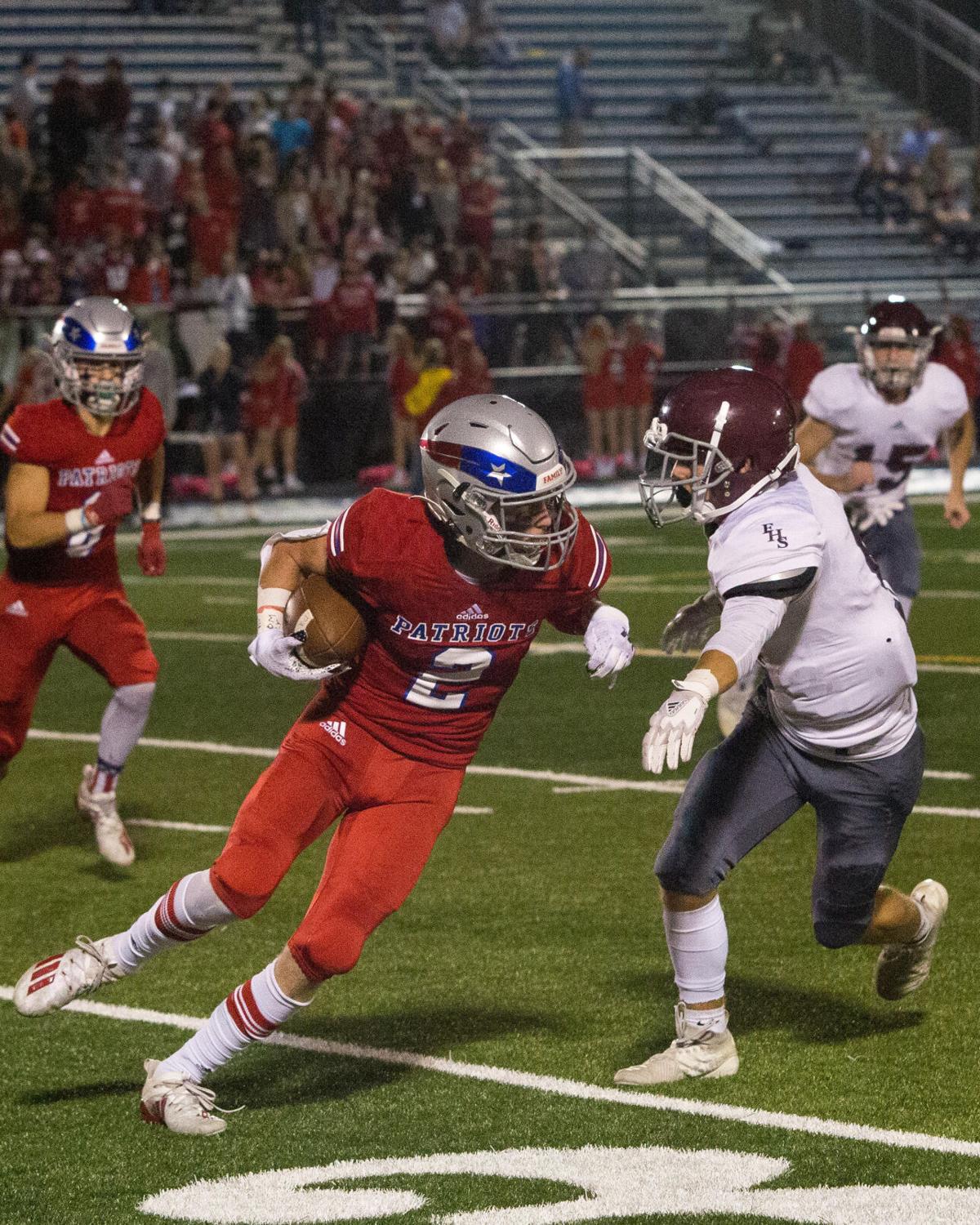 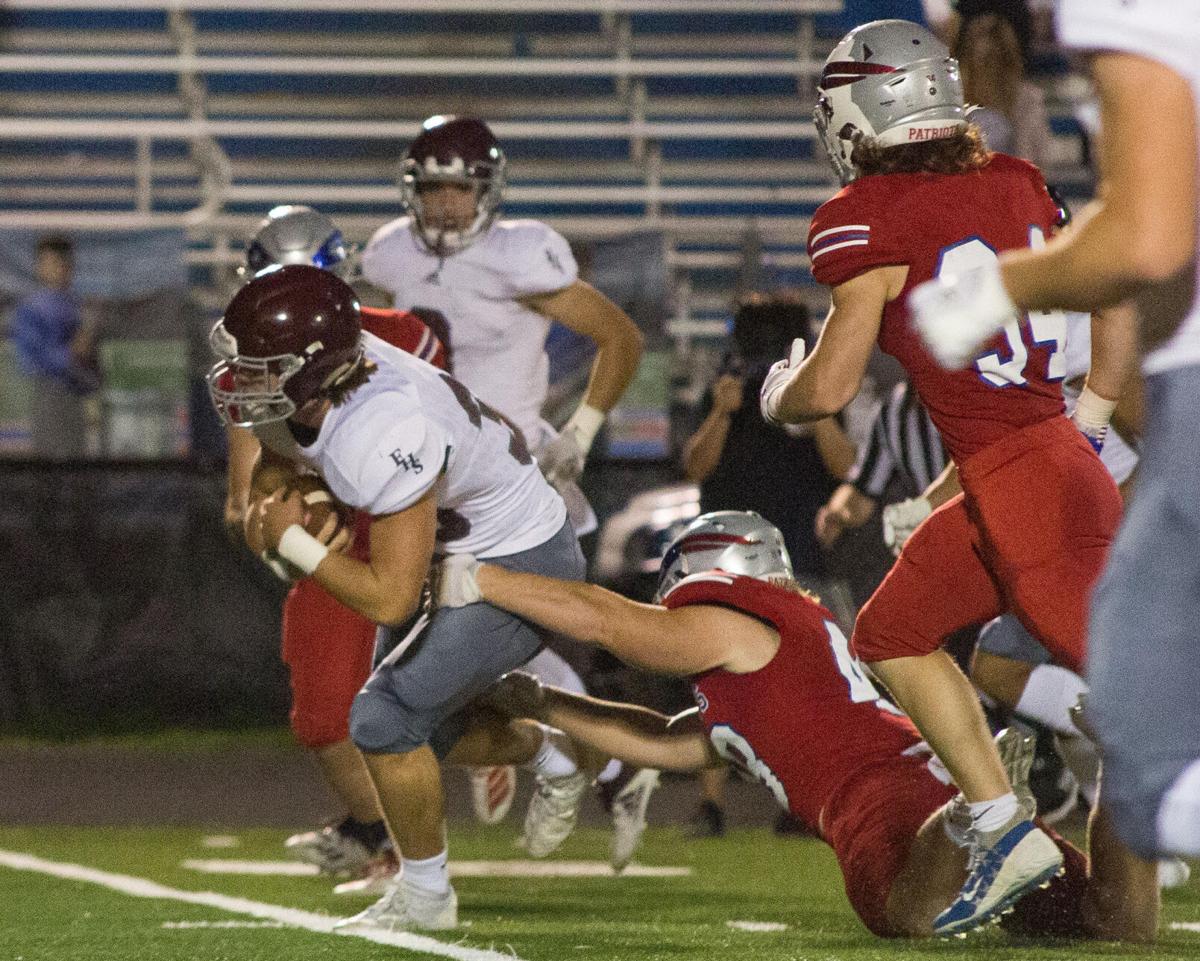 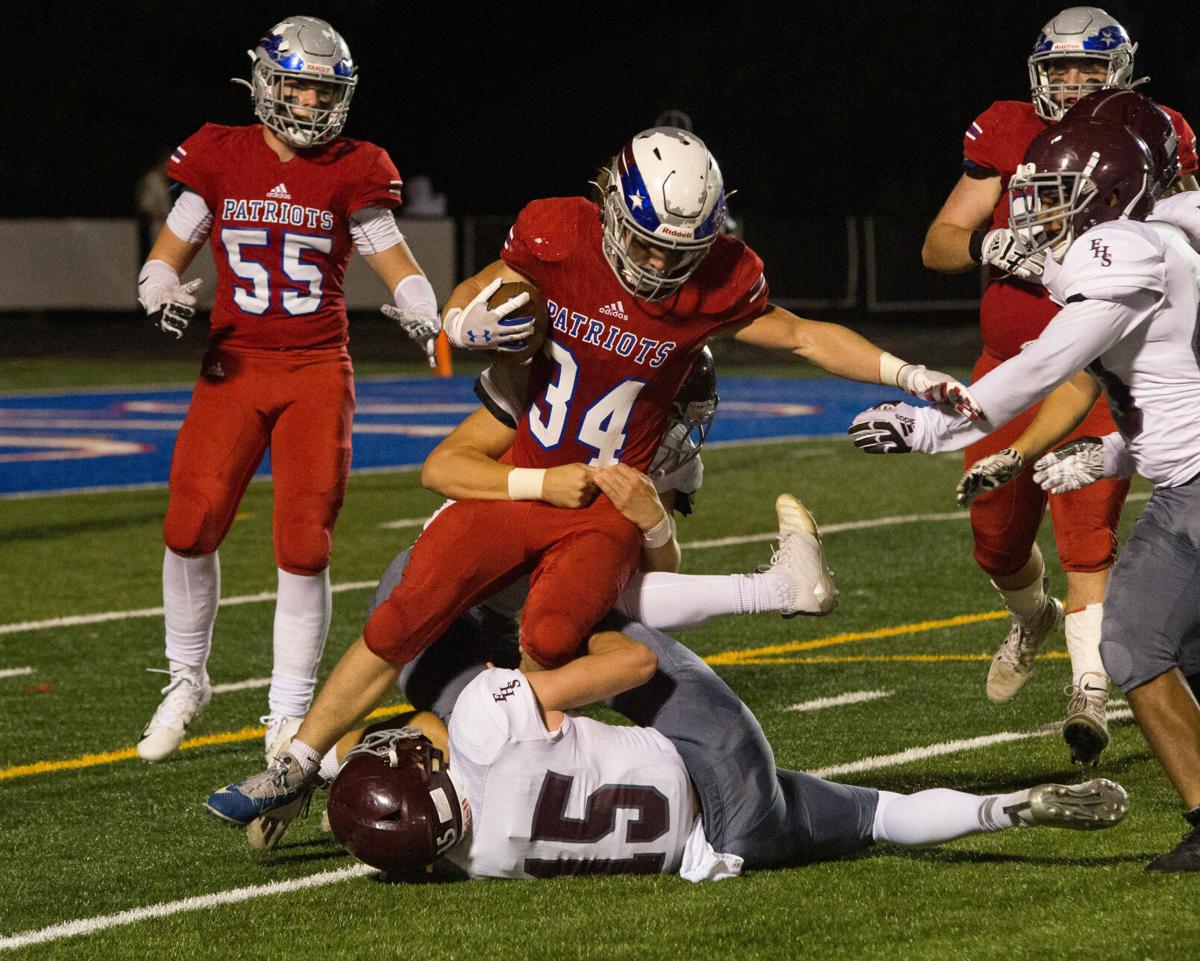 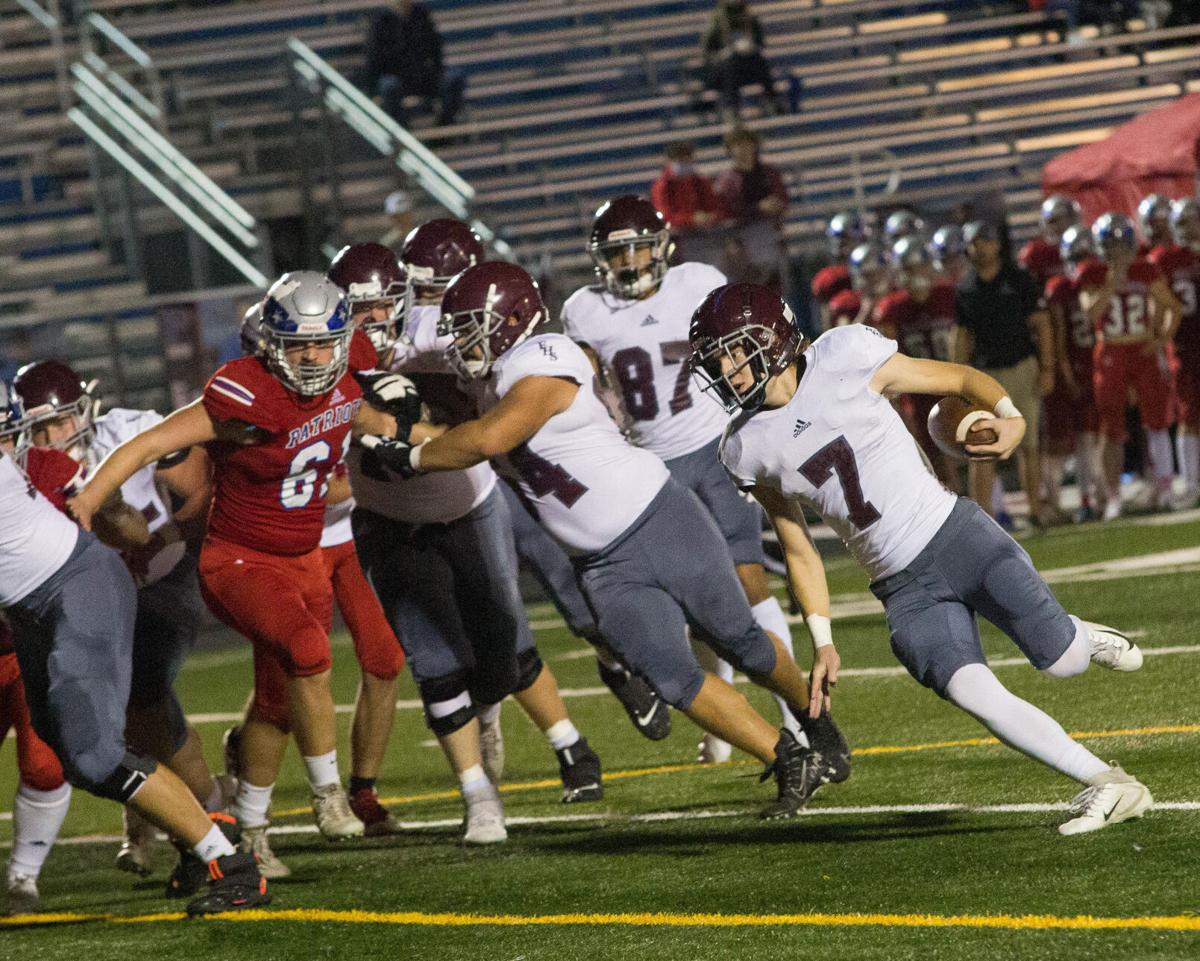 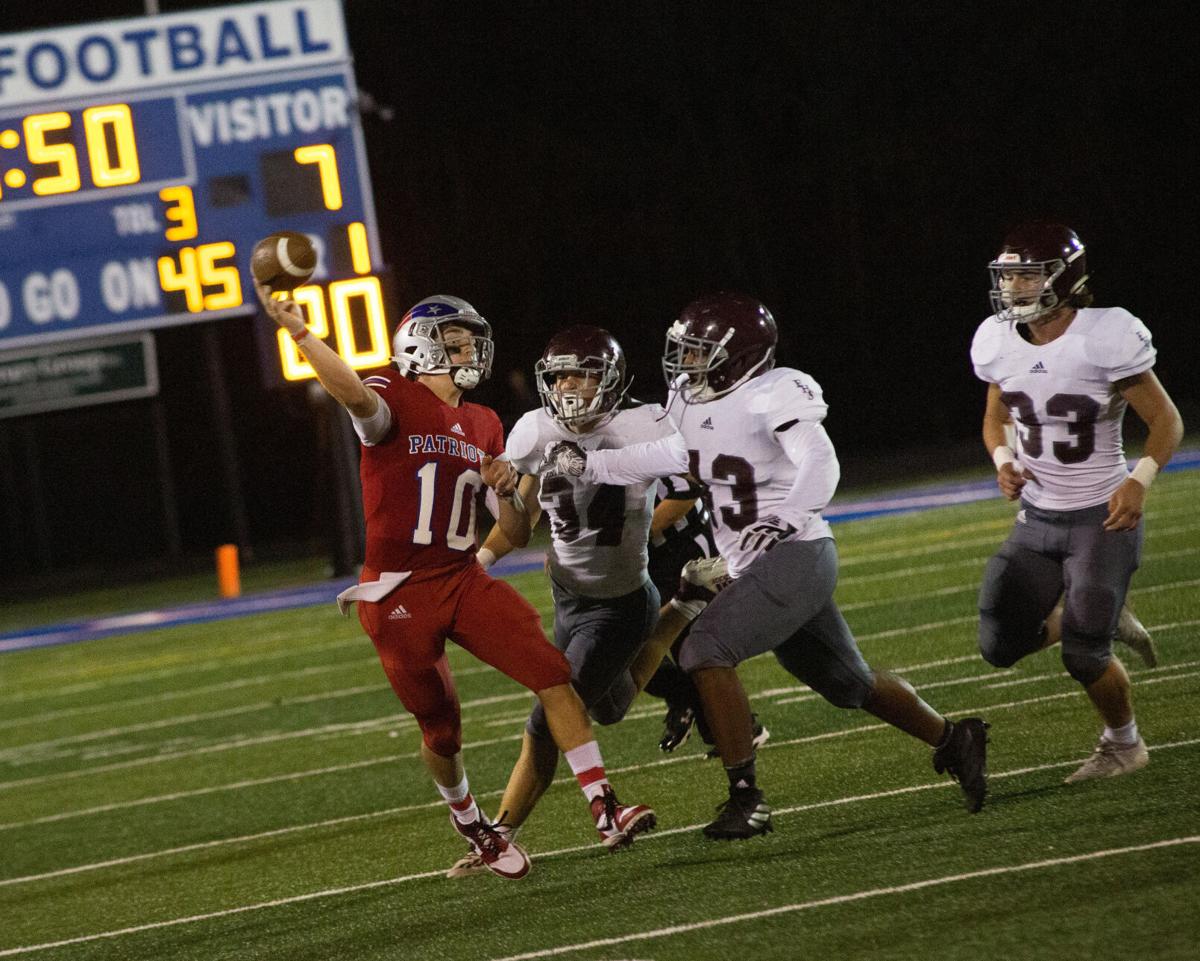 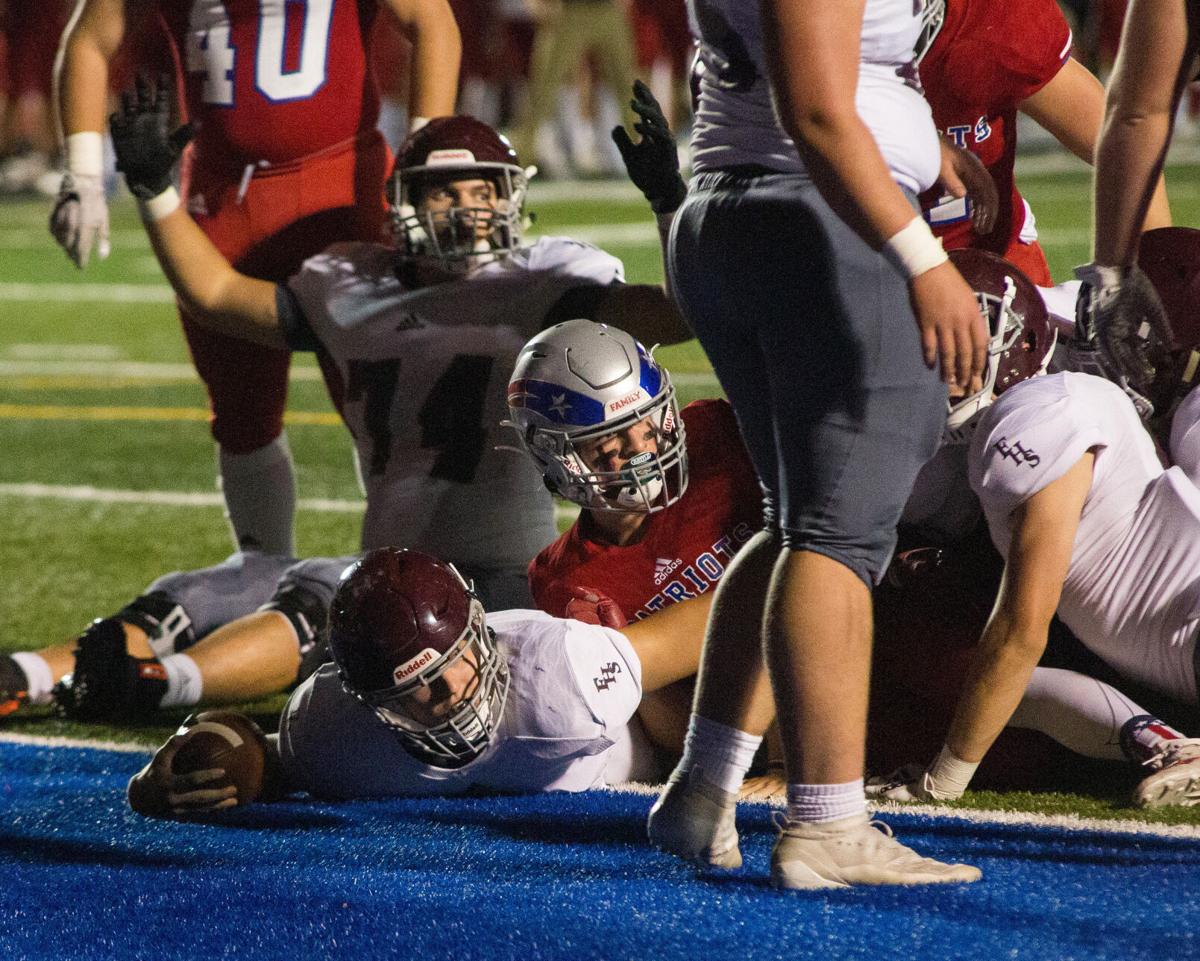 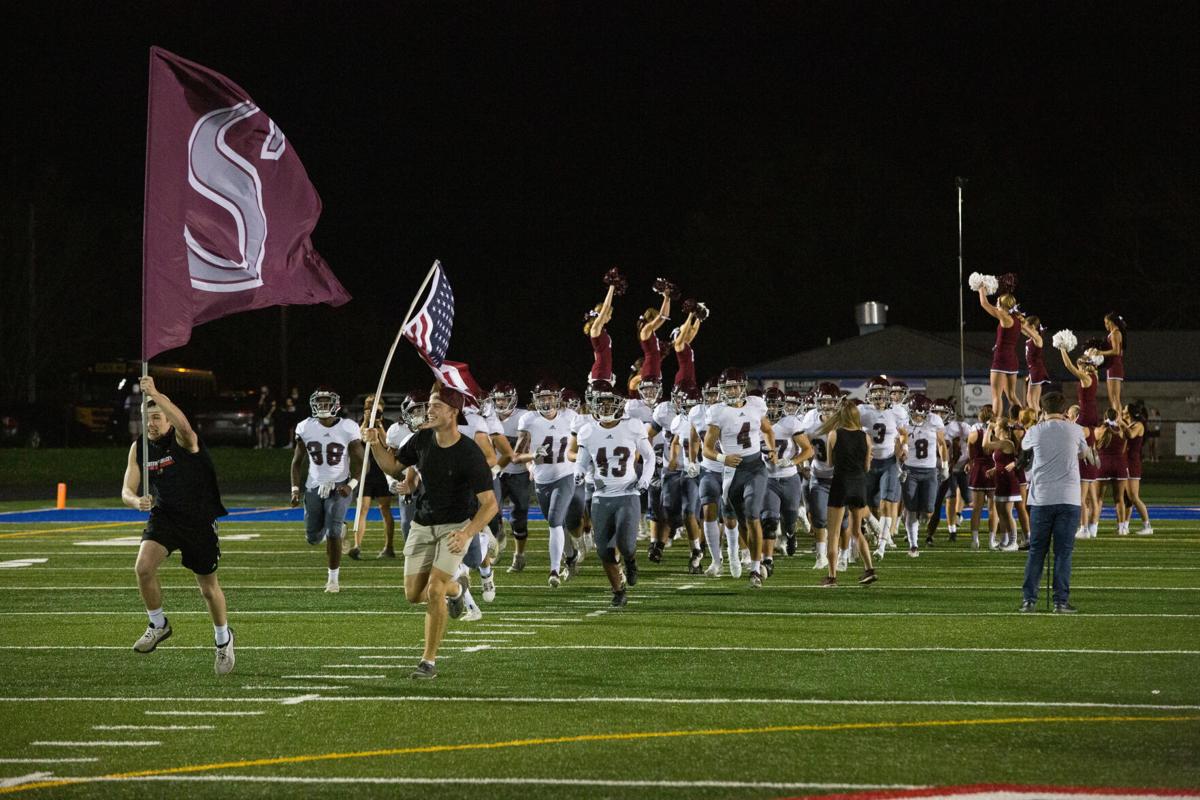 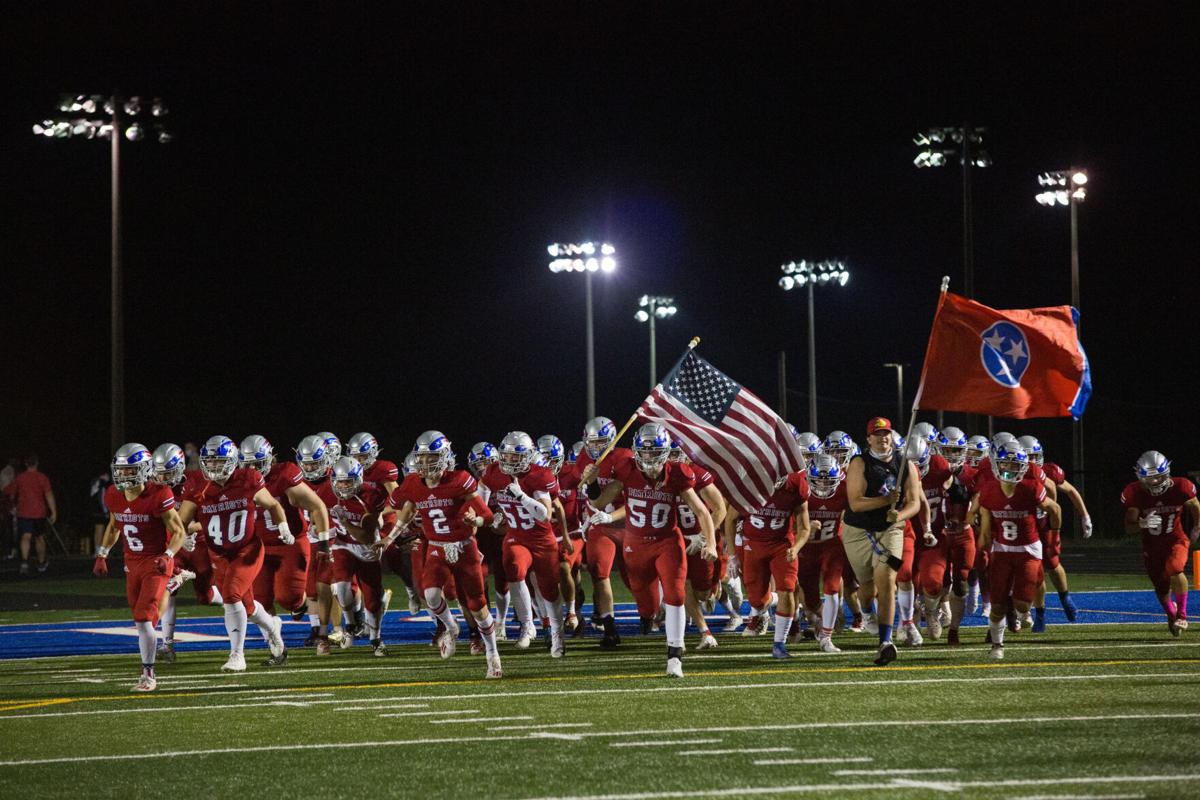 Some scary thoughts went through Taylor Spierto’s mind before he made the game-winning catch.

“To be honest, it was real nerve-racking,” Spierto said. “Sitting there on fourth down, lined up outside, I was thinking in my head, ‘If Connor throws this to me and I don’t catch it, everybody on the team is going to hate me.’ But fortunately, I was able to come down with it.”

Spierto’s 13-yard reception from Connor Beavon with one second left rallied Franklin to a 17-14 win at Page on Friday night in what’s believed to be the first meeting between the crosstown schools since 1984.

The two seniors have been teammates since fifth grade. Spierto missed much of last season due to a quad contusion.

“My heart was definitely pounding on that last play because I knew the reads I had to make,” Beavon said. “Honestly, it didn’t seem like it was going to work when I lined up pre-snap. Then I rolled out, saw Taylor break open for a split second and I knew that was my only shot, so I just tried to rifle that in there and make it work. And it did.”

Score or lose is how Beavon described the final play. Earlier in the drive, Beavon made another clutch play with a 28-yard completion to senior Carson Repass on third and 9, putting the ball on the Page 21.

The 6-foot-4 senior followed that with a 13-yard completion to Carson Garner to the Patriots 8.

Then the drive stalled temporarily with two straight incompletions and an illegal procedure penalty on the Admirals.

Franklin took a 10-0 lead midway through the third quarter before Page (3-5) rallied with two touchdowns for a 14-10 advantage in the fourth quarter.

There was a 90-minute lightning delay after the first quarter.

“Hats off to Page High School and their passion because they were taking it to us after the rain delay more than we were taking it to them,” Admirals coach Donnie Webb said. “The bottom line is if you turn the ball over as many times as we did (three), you keep giving a team that many short-field opportunities, especially in Williamson County… But I’m proud of my kids for fighting to the end.”

If Franklin wins next week’s regular-season finale at Dickson County, the Admirals will make the Class 6A playoffs as Region 6’s fourth seed.

“I still don’t think this is a bad football team,” Webb said. “I think it’s got some good football ahead of it, so I’m excited for the playoffs.”

Beavon’s 1-yard quarterback keeper in the first quarter and A.J. Elliot’s 21-yard field goal gave the Admirals a 10-0 lead with 5:59 left in the third quarter.

Page’s Jake McNamara narrowed the deficit to 10-7 on a 7-yard TD pass to Boyce Smith with 1:11 left in the third quarter.

“They made a play and we didn’t, and ultimately that’s football,” Page coach Charles Rathbone said. “We thought they were going to go for the jump ball in the end that they’d done down there, so we kind of played a defense that left the middle of the field vulnerable. We just kind of lost where (Spierto) was at, but that stuff happens.”

The Patriots lost 20 starters from last year’s team that won its second consecutive Region 5-5A title.

“We completely had to reboot our team, so these guys have done a good job,” Rathbone said. “I don’t have any complaints.”

Rathbone believes a win in next week’s regular-season finale at Franklin County might get Page into the playoffs, but isn’t certain.

McNamara completed 19 of 30 passes for 204 yards and one TD. Gunner Gist caught eight passes for 106 yards.