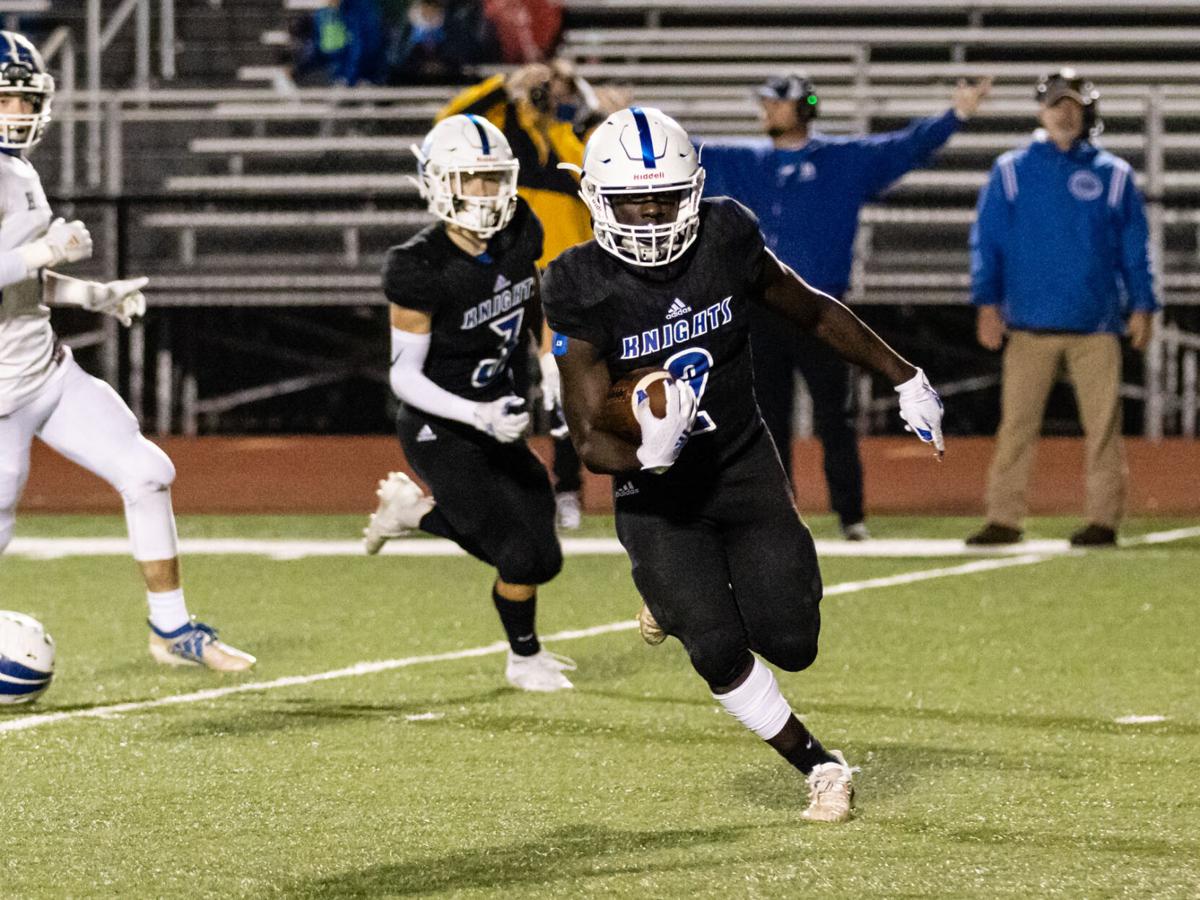 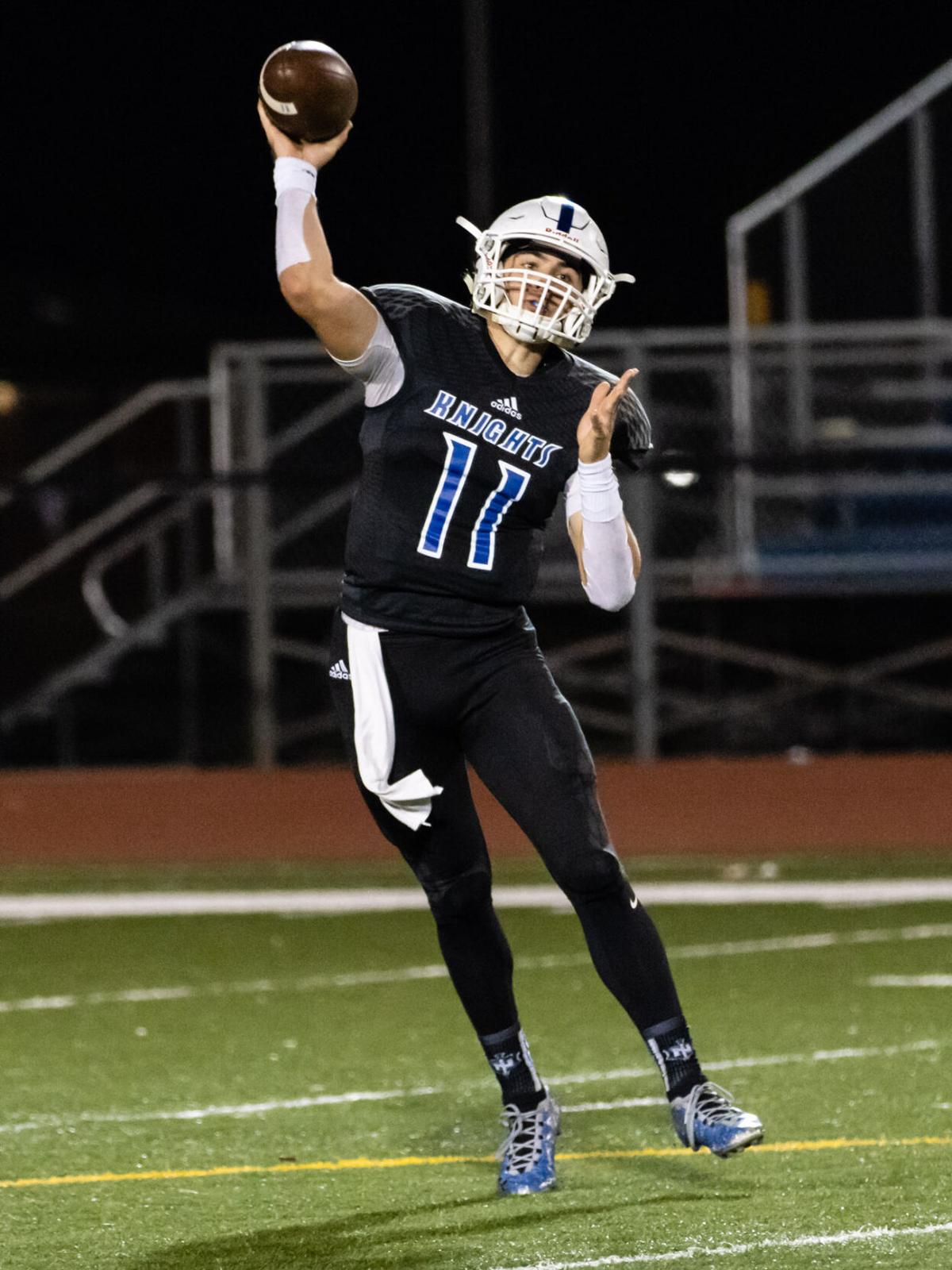 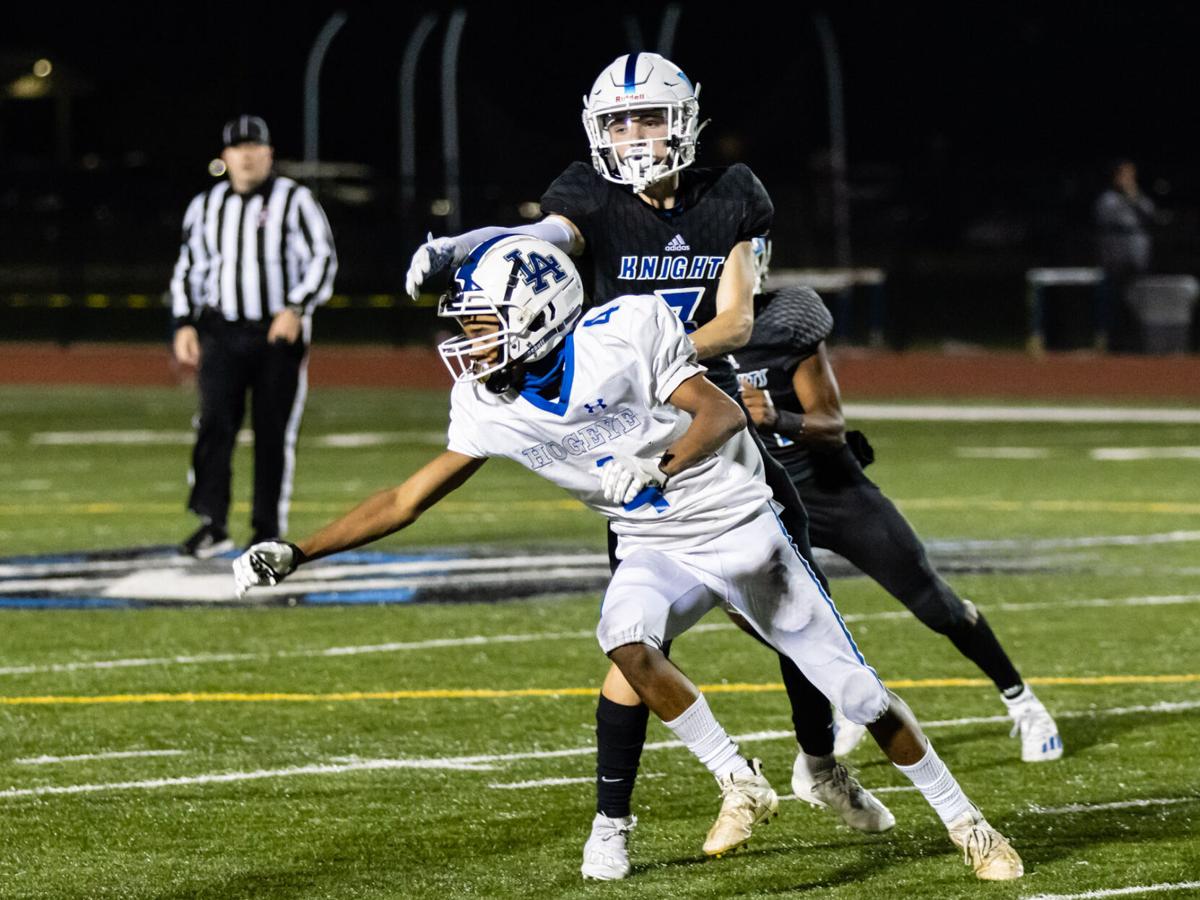 Colton Dobson (3) defending against the pass. 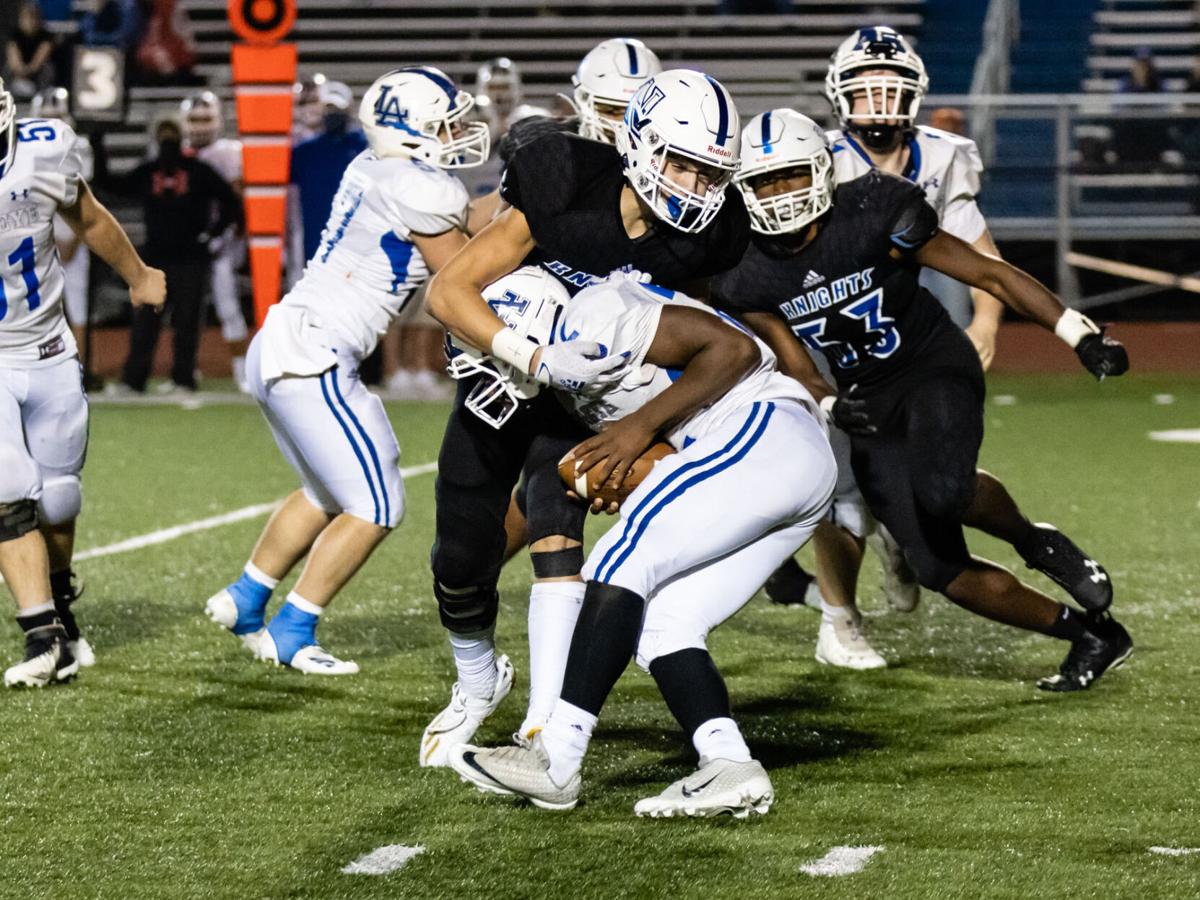 Livingston Academy RB swallowed up by the Knights defender for a loss. 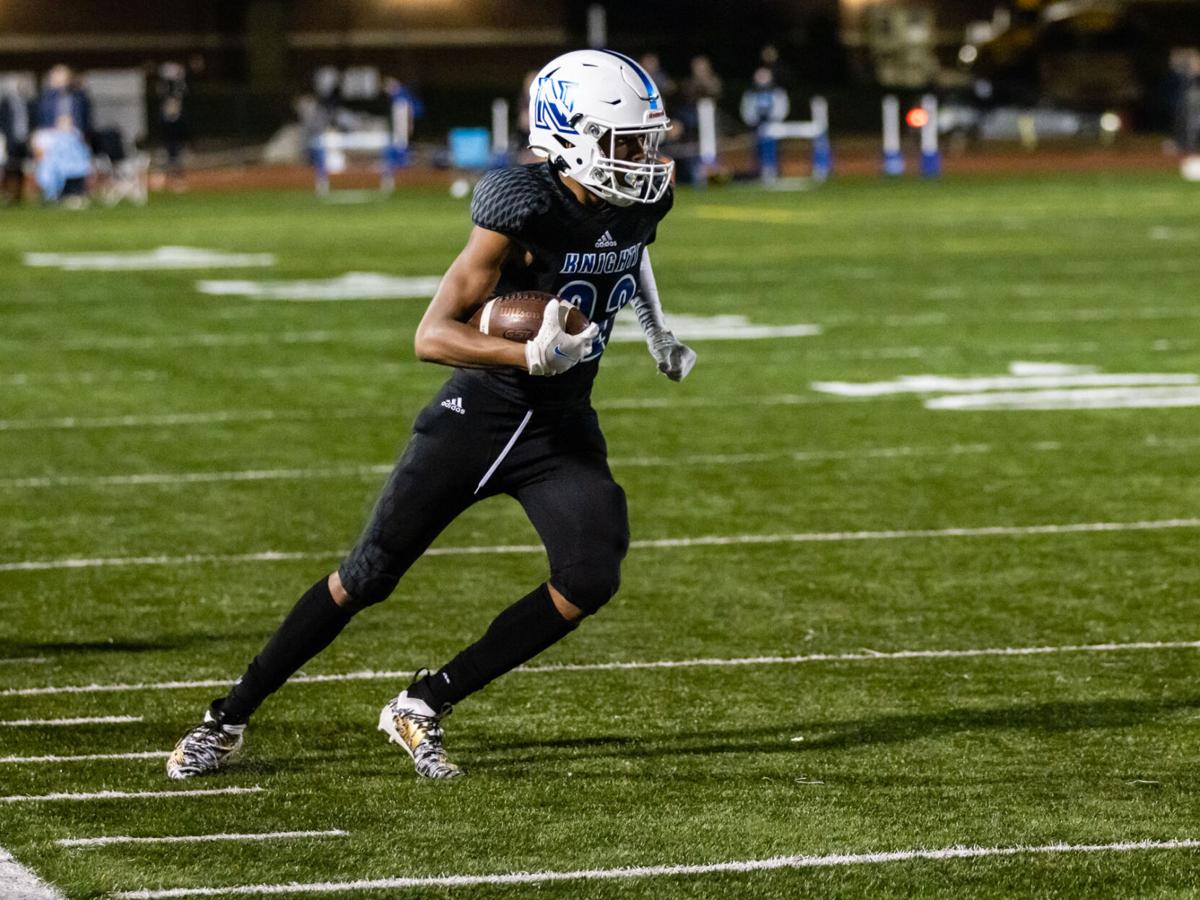 Nolensville WR Dylan Ruck (82) with a catch near the sideline. 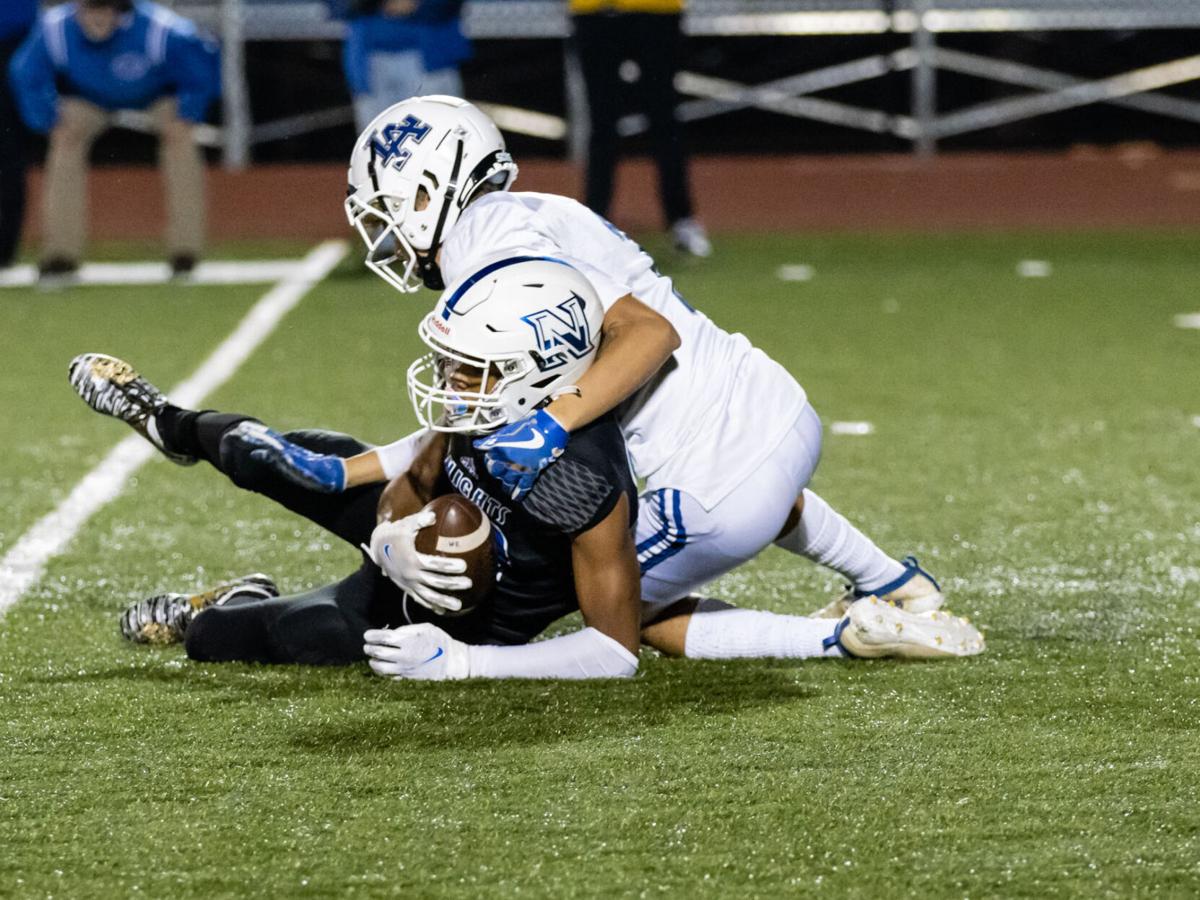 Knights Dylan Ruck (82) getting the grab down low. 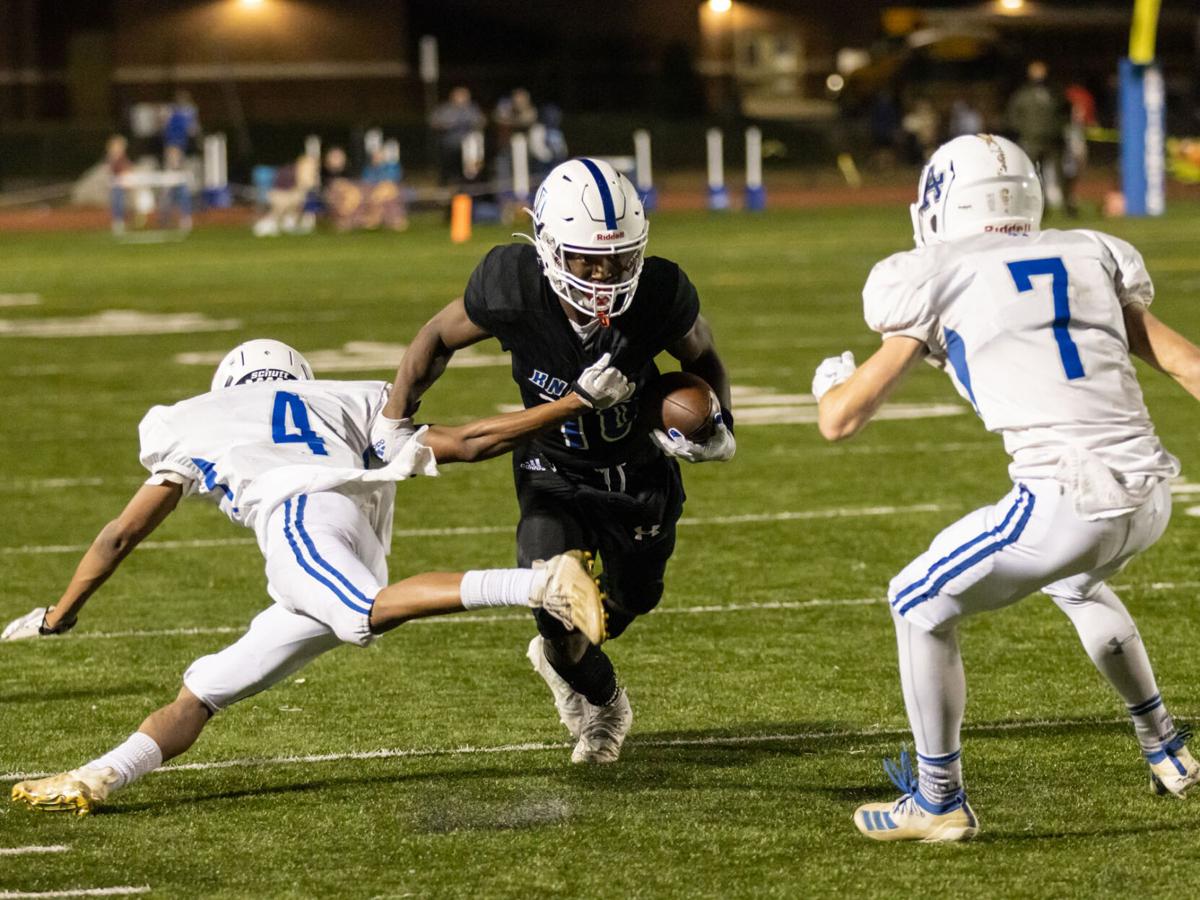 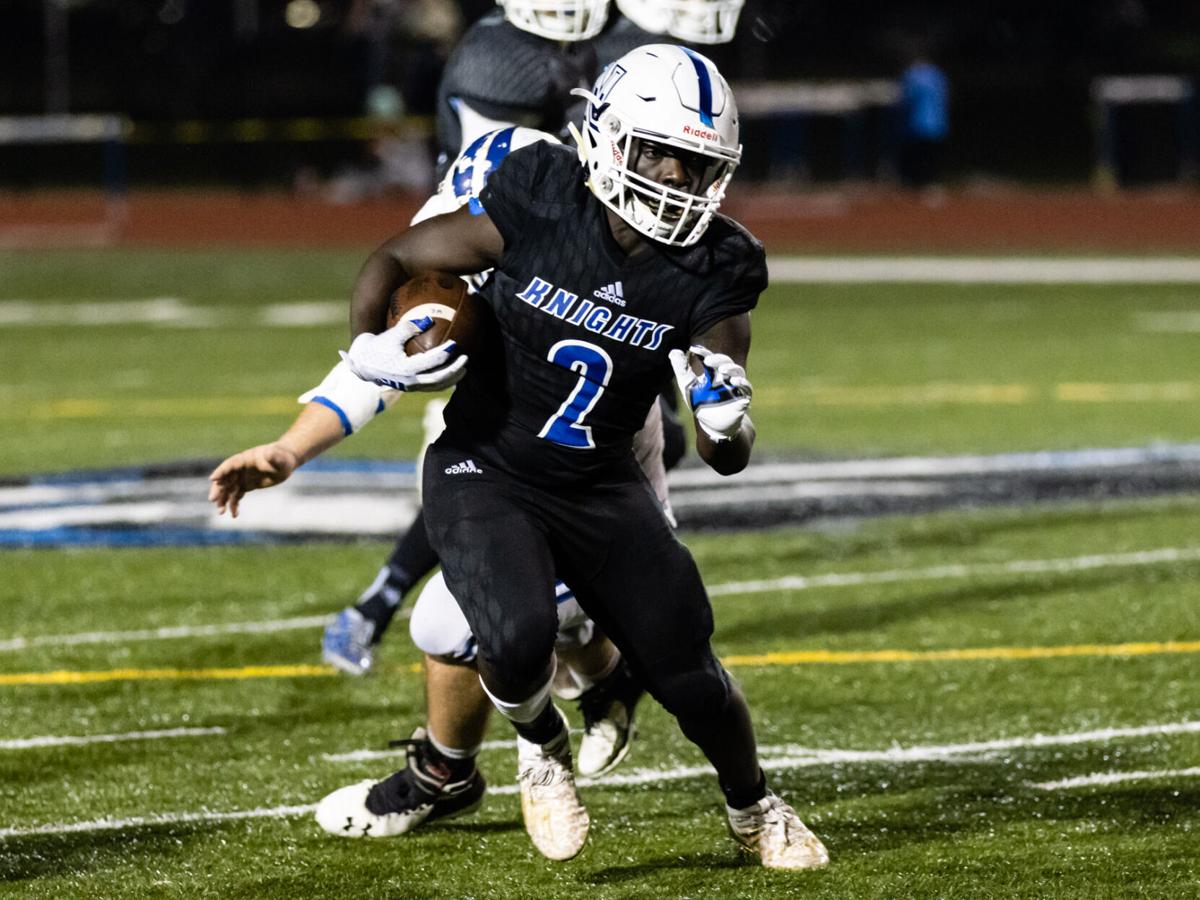 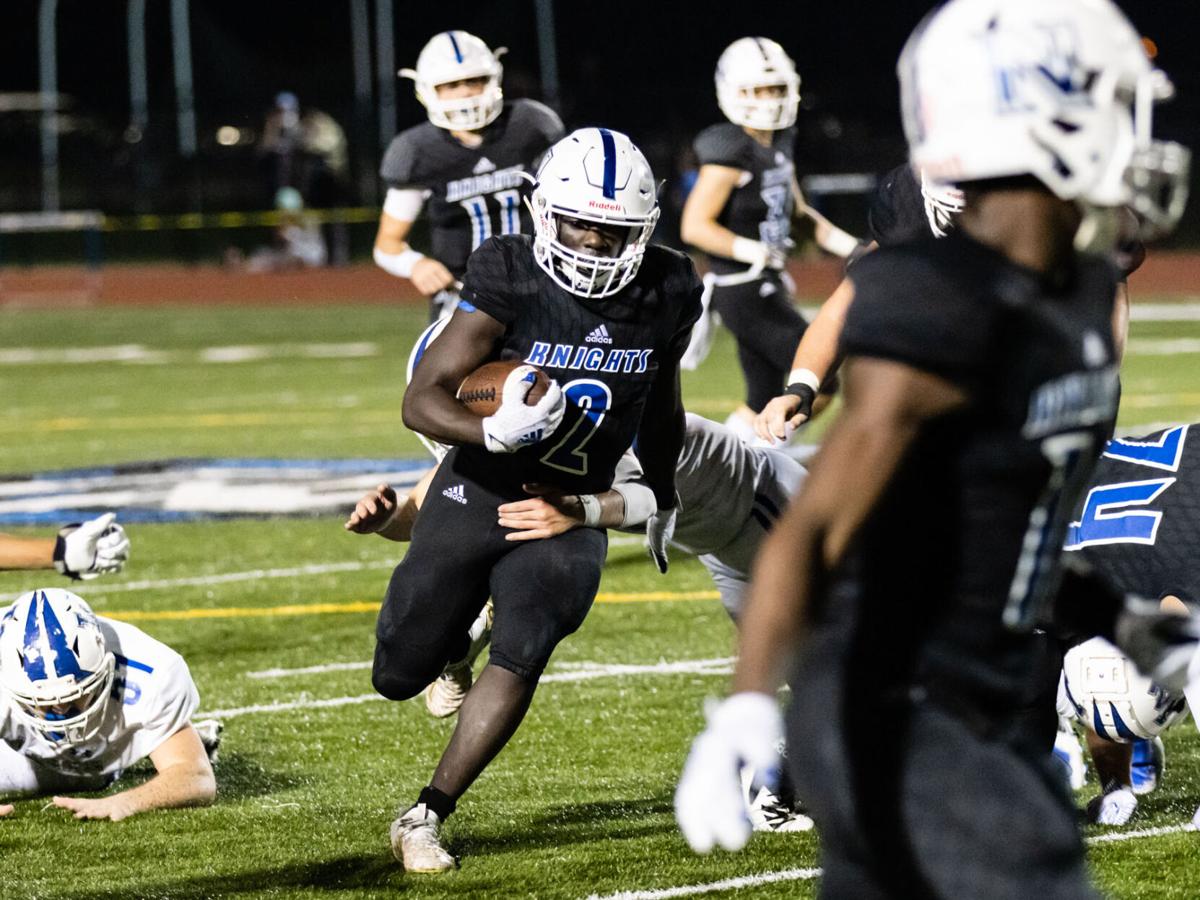 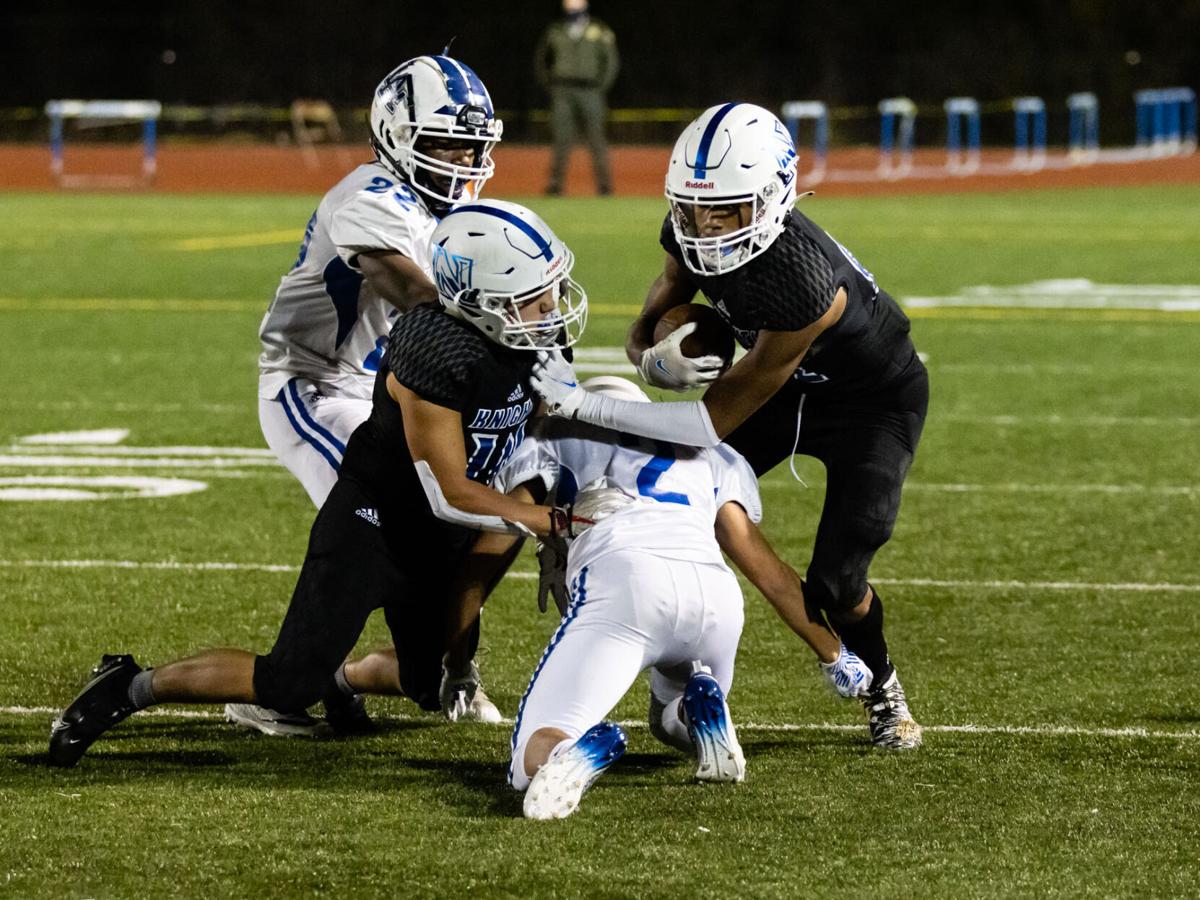 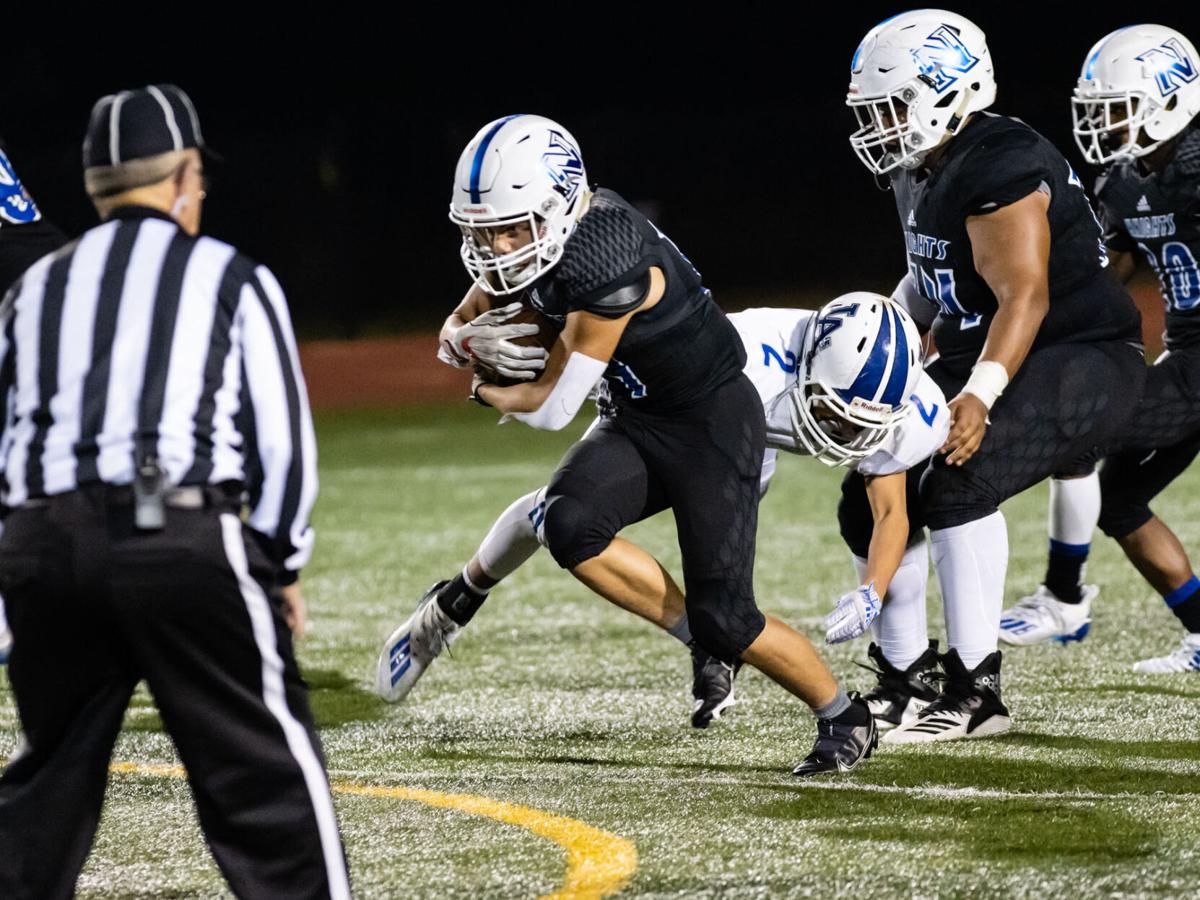 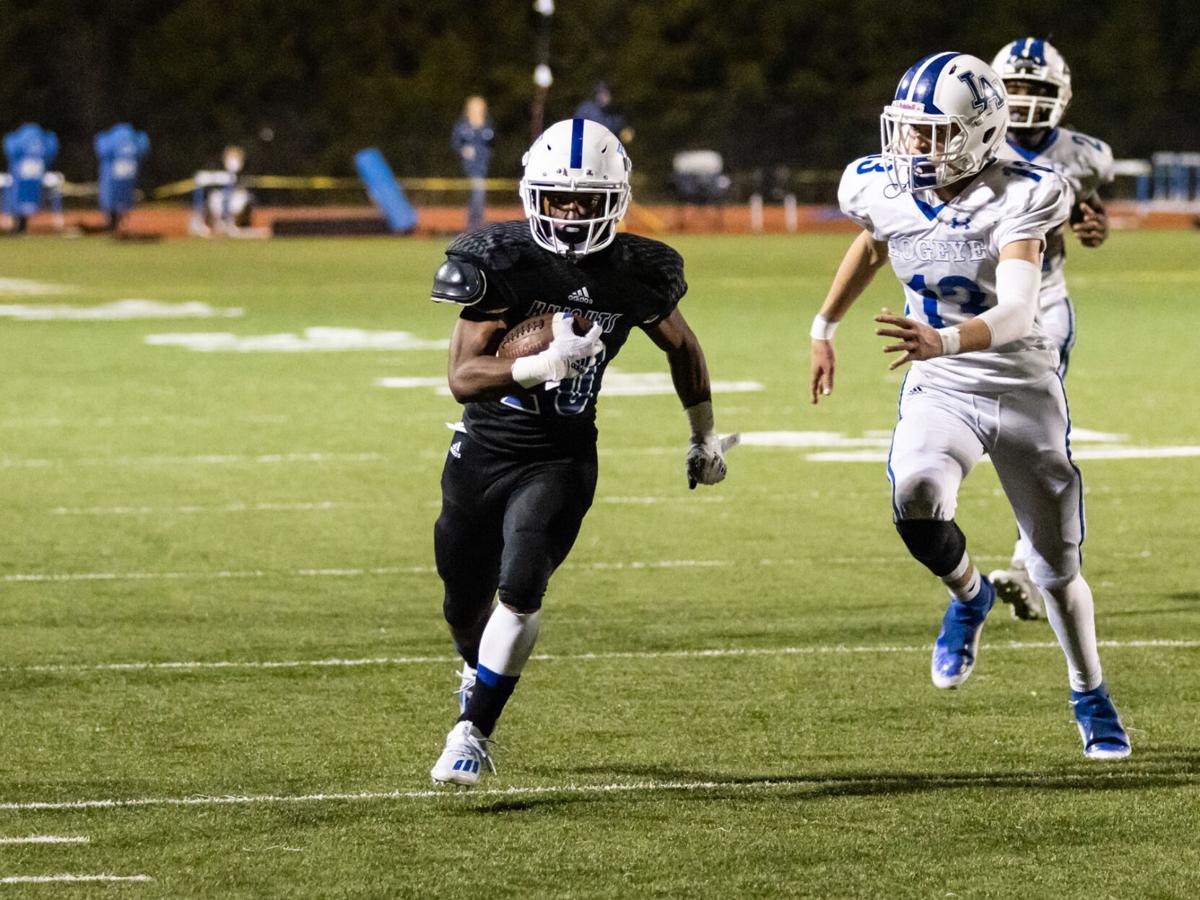 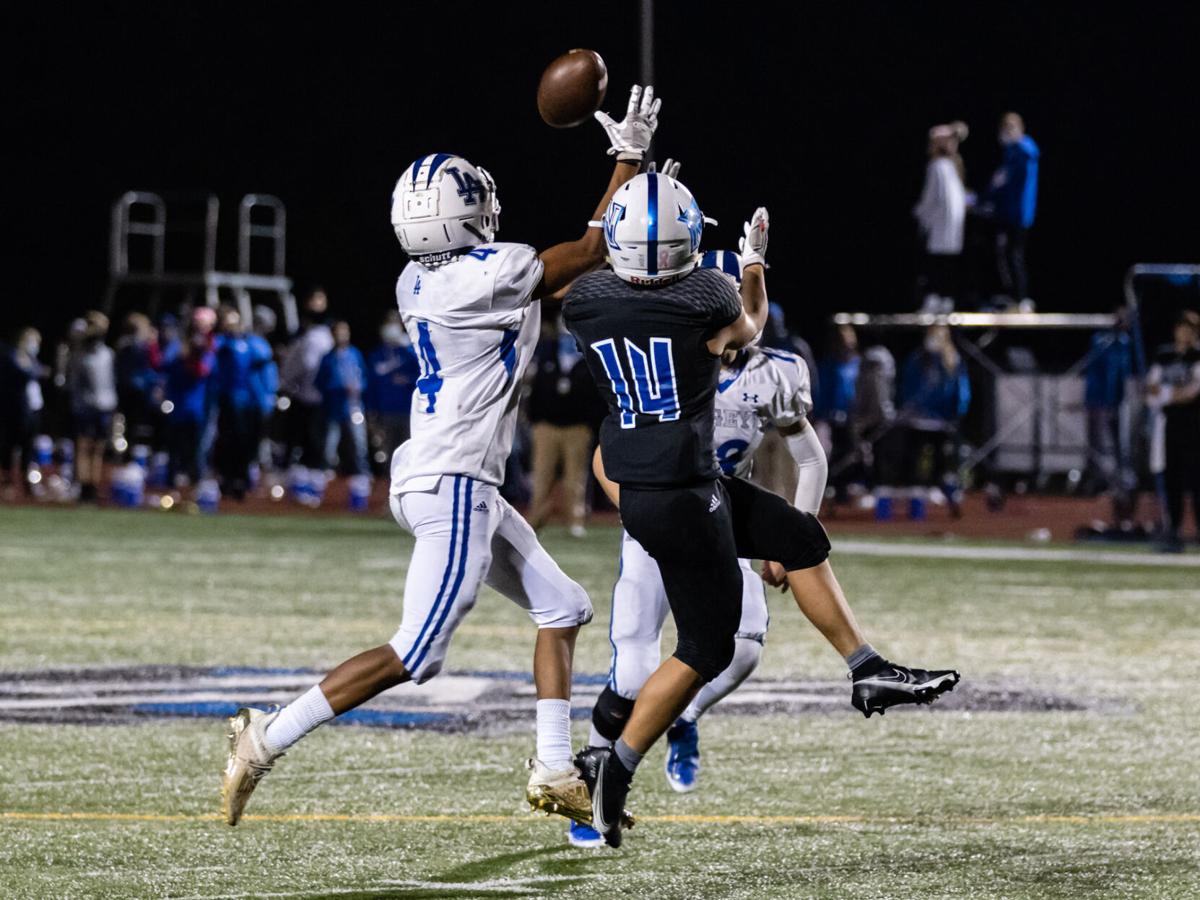 Colton Dobson (3) defending against the pass.

Livingston Academy RB swallowed up by the Knights defender for a loss.

Nolensville WR Dylan Ruck (82) with a catch near the sideline.

Knights Dylan Ruck (82) getting the grab down low.

The Nolensville Knights football team (6-3, 5-1) powered its way to victory in the TSSAA 4A playoffs, defeating the Livingston Academy Wildcats (6-5, 2-2) 38-14 Friday night at Nolensville High School.

“This win means we are still playing football, which is a good thing this time of year,” said Nolensville head coach Paul Derrick. “Our kids came out and did what they needed to do to win. Anytime you can get a playoff win and get the chance to play 48 more minutes the following week, that is the goal.”

There was no score in the game until late in the first quarter when Livingston Academy got on the board with a rushing touchdown to take an early lead 7-0.

With one minute remaining in the opening frame, Nolensville answered the Wildcat score with a 20-yard touchdown run to tie the game.

Neither team scored again until five minutes left in the second quarter, when Nolensville executed a drive ending in an 8-yard rushing touchdown to take the lead 14-7.

In the final minute before halftime, Gallardi launched a missile for a 57-yard touchdown pass to stretch Nolensville’s lead to 28-7, giving the Knights a comfortable lead.

Early in the third quarter, Nolensville’s offense continued to click as they added a field goal from senior Nick Beattie to pad the Nolensville lead 31-7.

With one minute to go in the third quarter, Galardi delivered a rocket for 38 yards to boost the score 38-7.

“I think we are finally getting into a rhythm,” said Coach Derrick. “Our offense was out of sink early on in the year. We are starting to click on all cylinders and that is exciting for us.”

Livingston Academy continued to show some fight with a 20-yard rushing touchdown by Bryer Mosley to cut into the Nolensville lead 38-14.

The Knights stood tall on defense the rest of the game, making the final score 38-14.

“Our goal was to stop the run,” said Coach Derrick. “We knew that they wanted to run the football, and we wanted to make them one-dimensional and force them to pass. We knew they were going to give us some funky formations that we would have to adjust to and get lined up correctly. That was when we started to get to the quarterback and get some hands on passes.”

Nolensville will take on DeKalb County on the road next Friday in the second round.