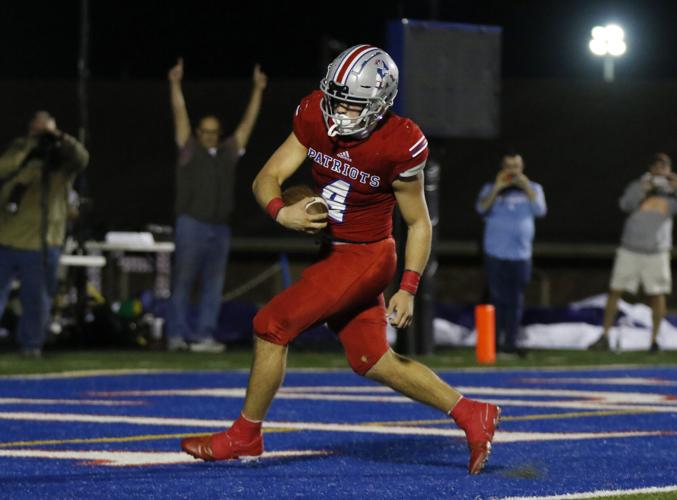 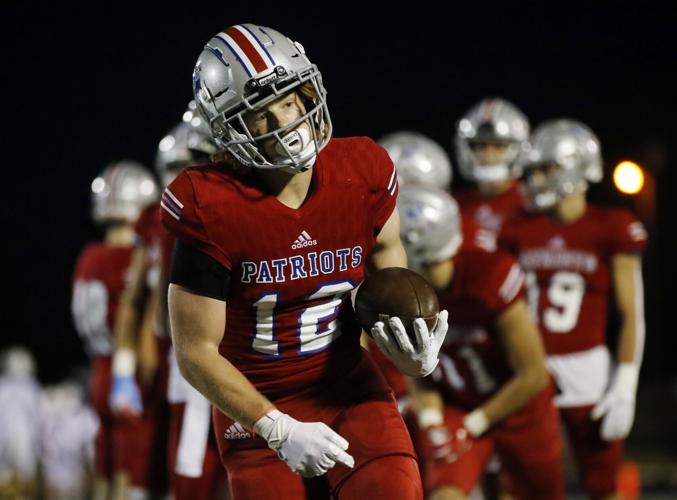 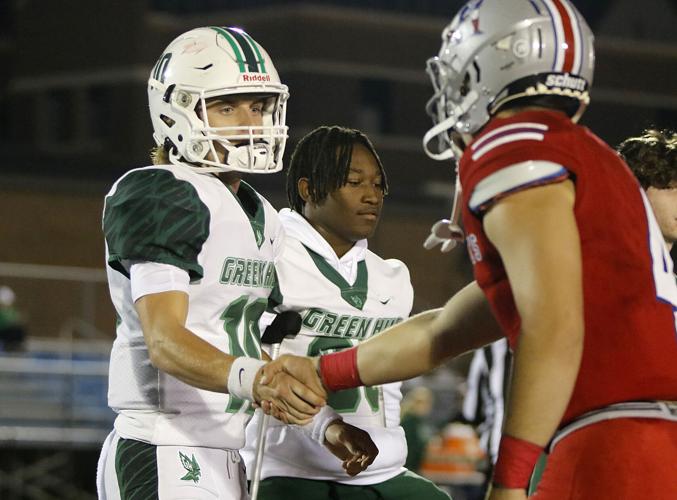 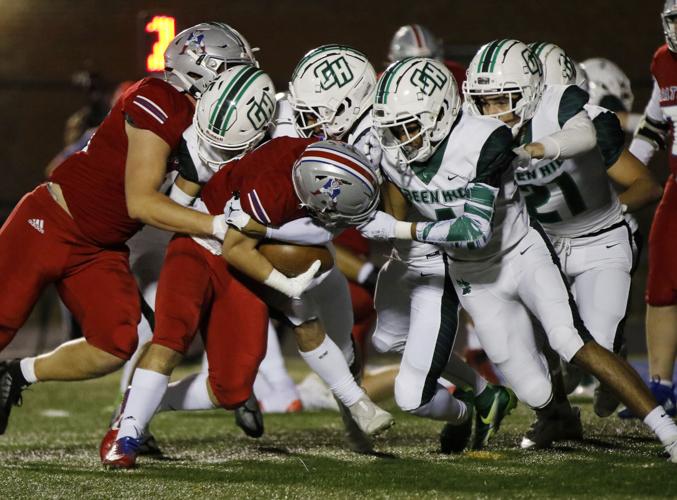 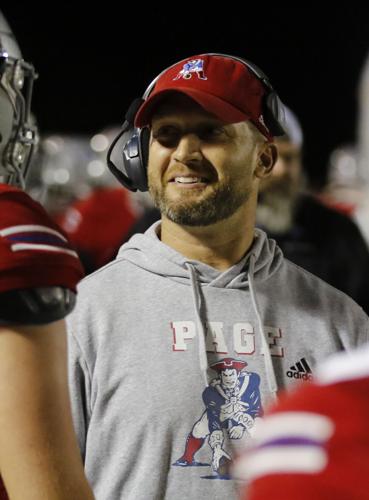 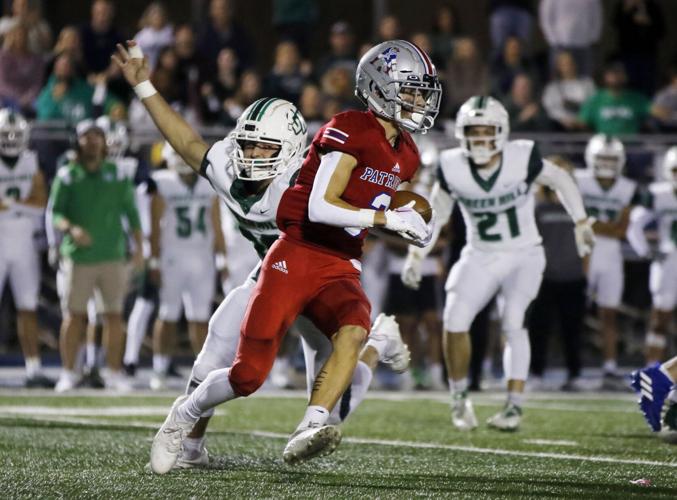 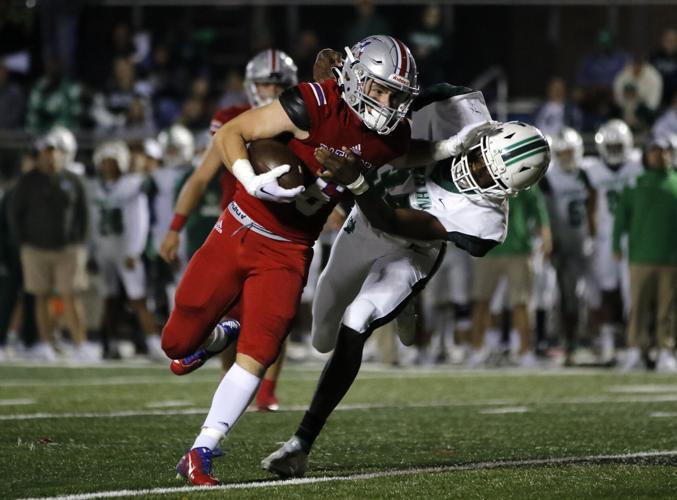 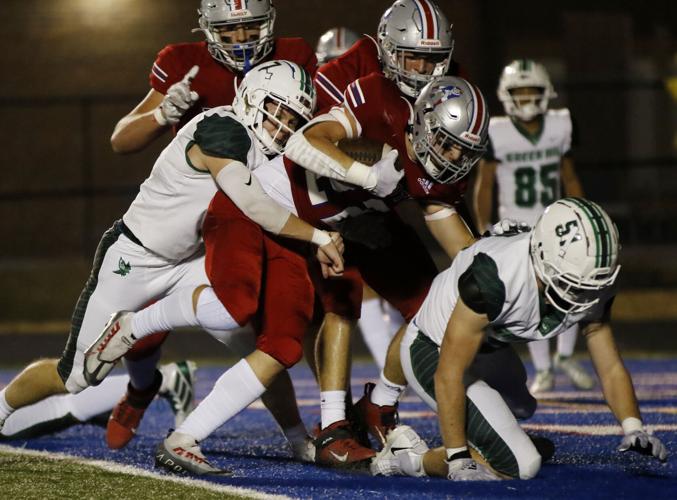 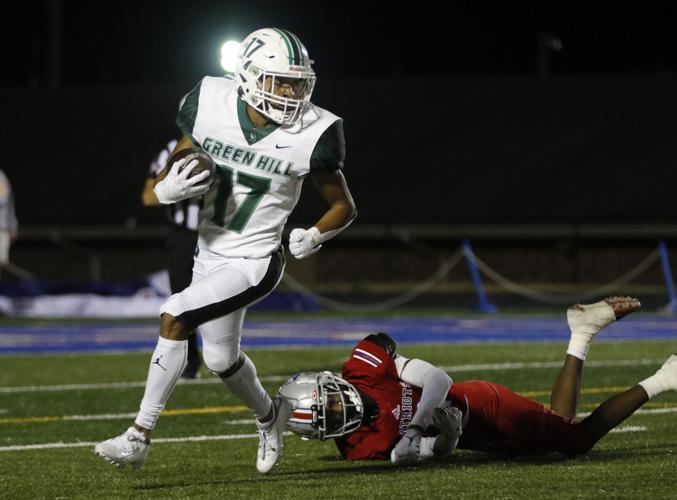 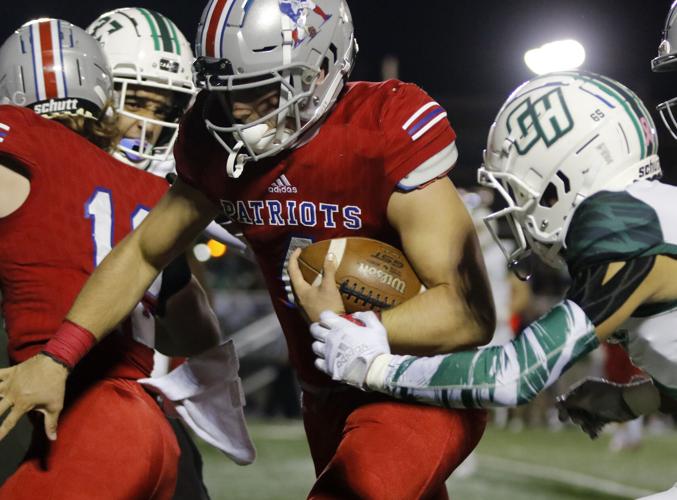 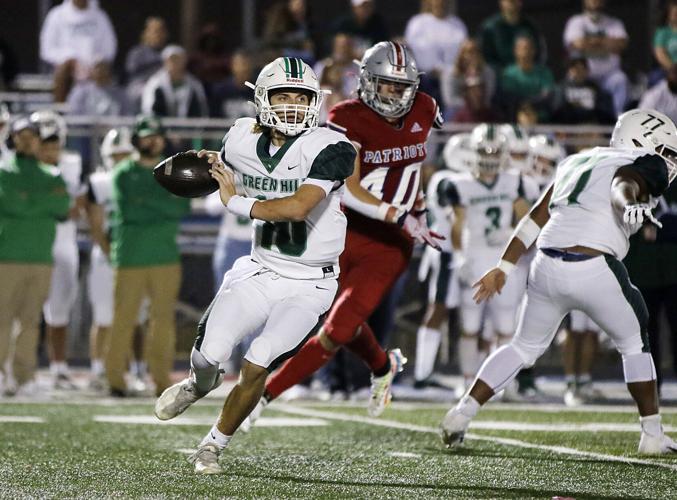 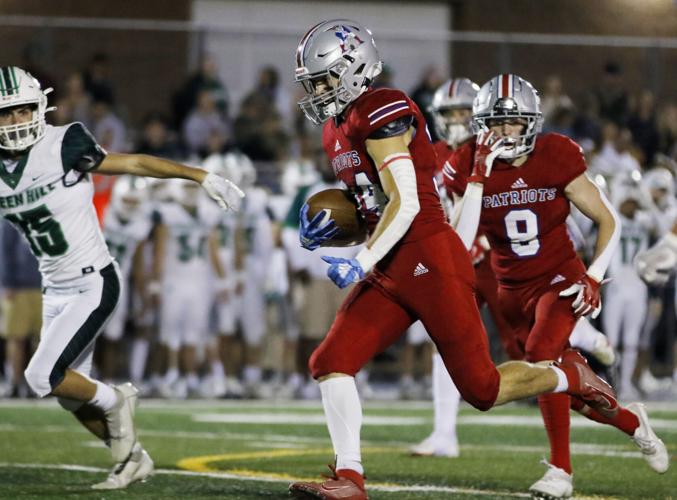 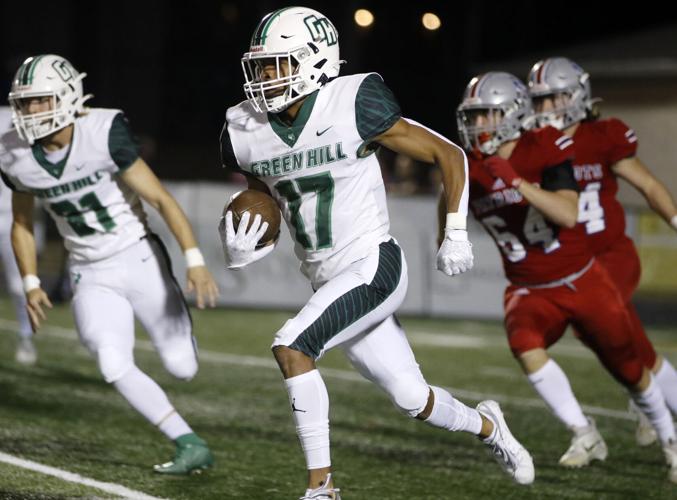 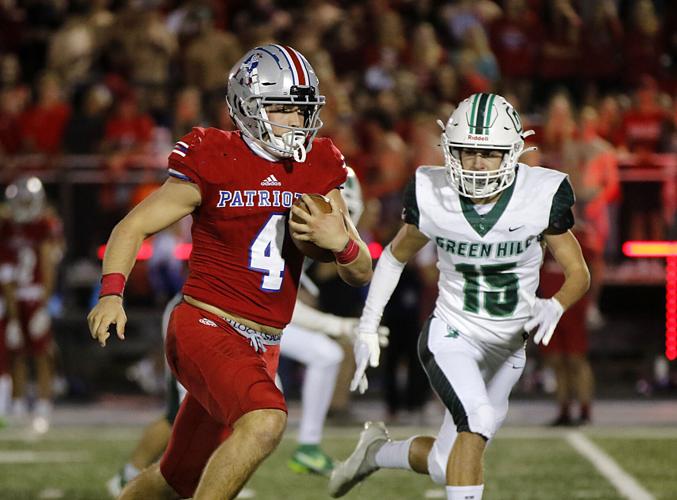 Everything that could go right did go right for the Page Patriots as they trounced the visiting Green Hill Hawks 48-21 in the first round of the Class 5A state playoffs on Friday night.

Page quarterback Colin Hurd led the charge, throwing for 218 yards and two touchdowns on 8-of-10 passing. The senior signal caller also did some damage with his legs, adding a rushing touchdown and a team-high 87 rushing yards on seven carries in the winning effort.

Hurd also got some help from the running back duo of Caden Walker and Brendan Anes. Behind an offensive line that won the battle for the trenches, Walker tallied three touchdown runs and 83 rushing yards on eight carries while Anes turned his seven carries into 60 rushing yards and a touchdown of his own.

“Everything worked for us tonight,” Page head coach Charles Rathbone said. “Our offensive line has done well all year and helped the run game come out strong, which calms everybody down and lets our defense go out there and do what they’re supposed to do. Hopefully we can keep it rolling next week."

Page wasted little time getting things going on offense, marching down the field quickly on their opening drive and Walker punching it into the end zone from the one-yard line less than two minutes into the game.

Green Hill responded with a score of their own, taking advantage of a roughing the punter penalty that extended their first drive. A few plays later, a pass from Hawks quarterback Cade Mahoney up the middle was tipped up in the air by a Page defender, but fell harmlessly into the hands of wide receiver Kaleb Carver for a 22-yard touchdown pass with 6:00 left in the first quarter.

But after that, it was all Patriots.

Without lead running back Brax Lamberth – who was injured in the season finale against Mt. Juliet last week – Green Hill failed to gain much traction on the ground against Page’s defense, rushing for just 42 total rushing yards. 41 of those rushing yards belonged to quarterback Cade Mahoney, who was forced to carry the load for the Hawks.

Meanwhile, Page’s speedy and balanced offense ran wild and scored 34 unanswered points to put the game out of reach. With 0:17 left in the second quarter, Hurd dropped a short pass to wide receiver Isaac Powers, who weaved his way through several Hawks defenders on his way to a 62-yard score, giving the Patriots a comfortable 35-7 lead at the half.

“This whole game was a great boost for our offense,” Hurd said. “This is just the beginning for us, and to keep our confidence building and to play well in front of our home crowd was huge for us.”

For his part, Mahoney threw two more touchdown passes for Green Hill in the second half to try to get the Hawks back in it. He hit Carver on a slant route for a 51-yard score with 1:54 left in the third quarter and then threw deep to wide receiver Sean Aldridge for a 28-yard touchdown pass with less than two minutes left in the game.

Mahoney finished the night with 189 passing yards and three touchdowns with no interceptions on 12-of-23 passing. Carver, Mahoney’s favorite target throughout the game, finished with an impressive 127 receiving yards and two touchdowns on seven catches. But it wasn’t nearly enough to keep up with Page’s offensive output.

The Patriots will now take on Region 5-5A champion Mt. Juliet in the second round of the Class 5A playoffs on Nov. 11 at 7 p.m.