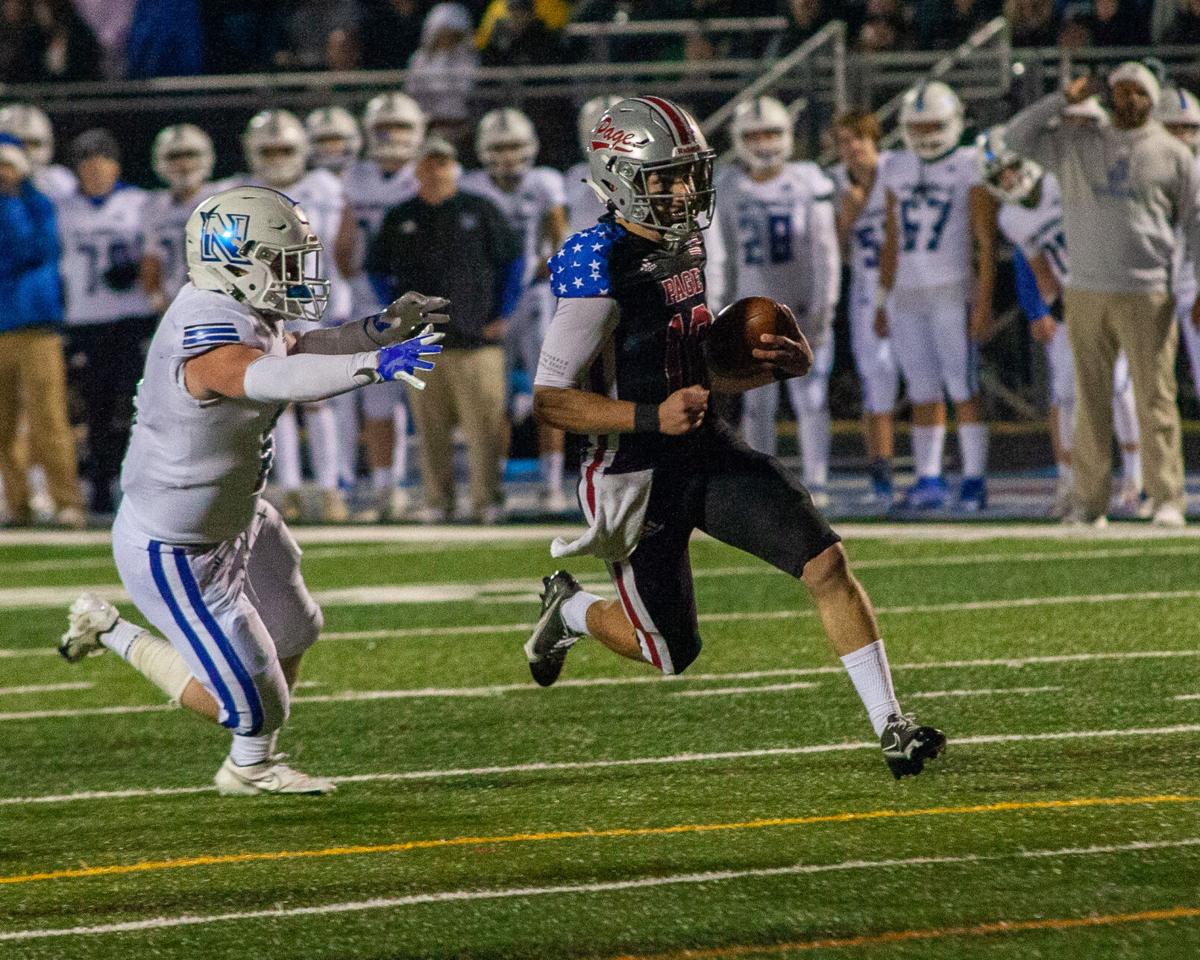 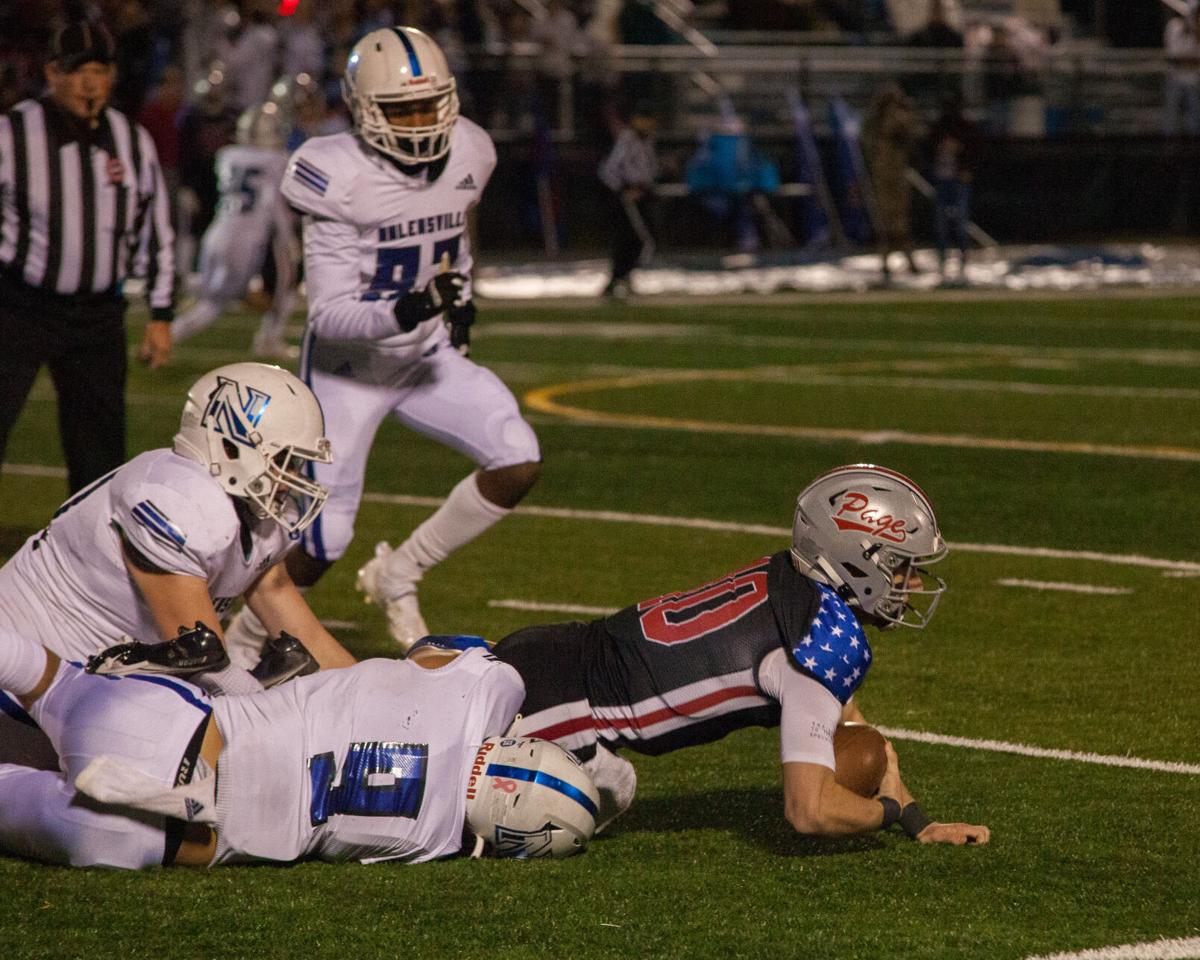 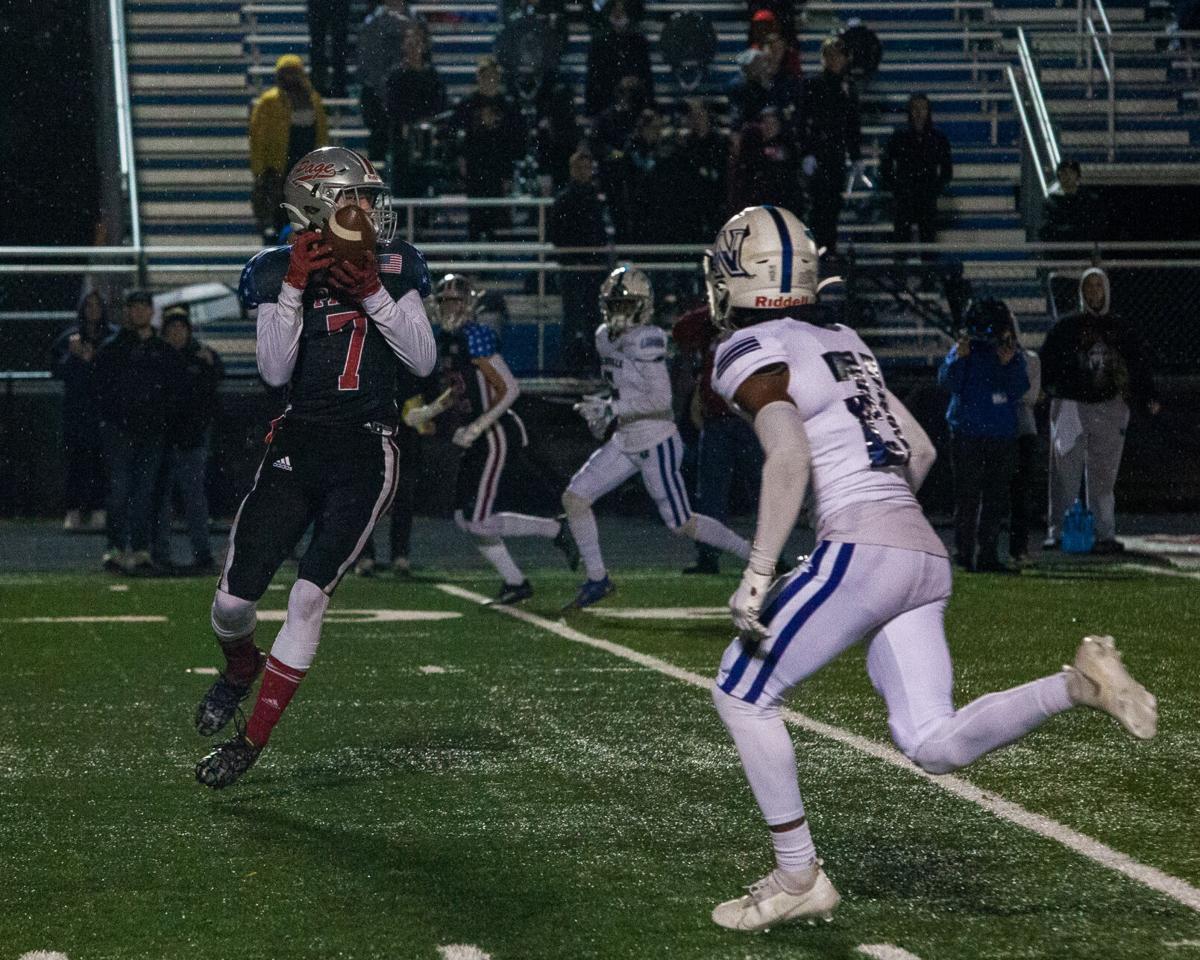 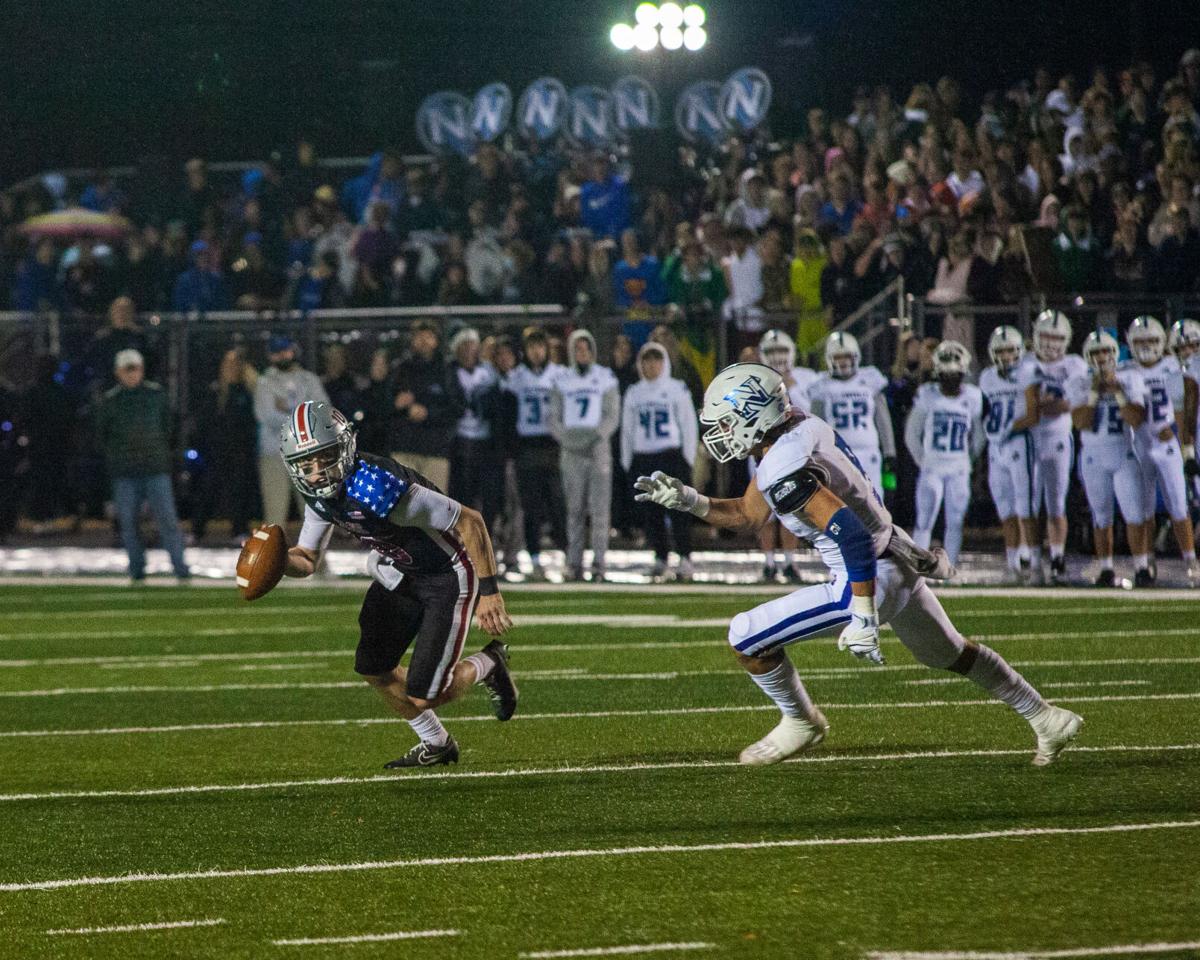 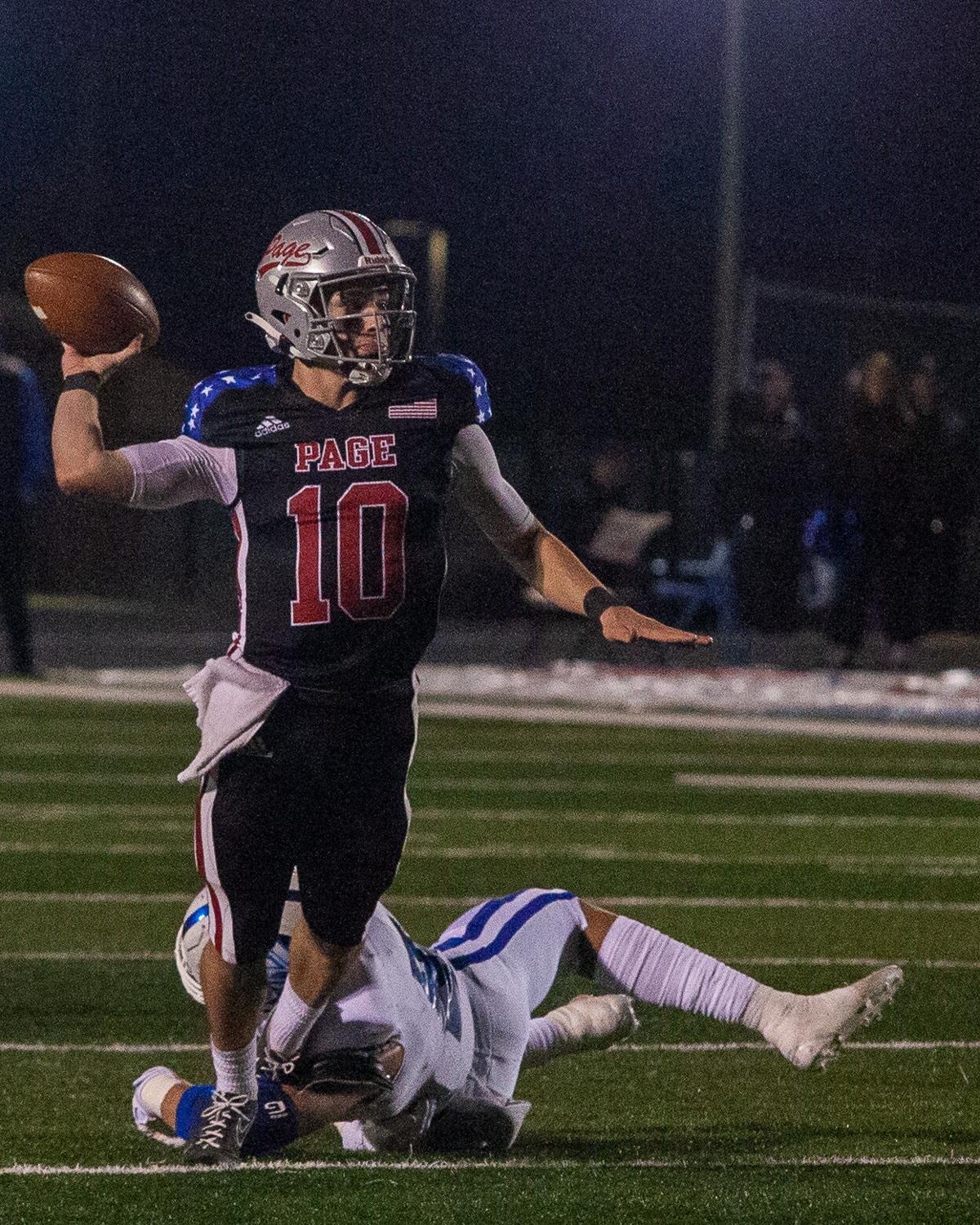 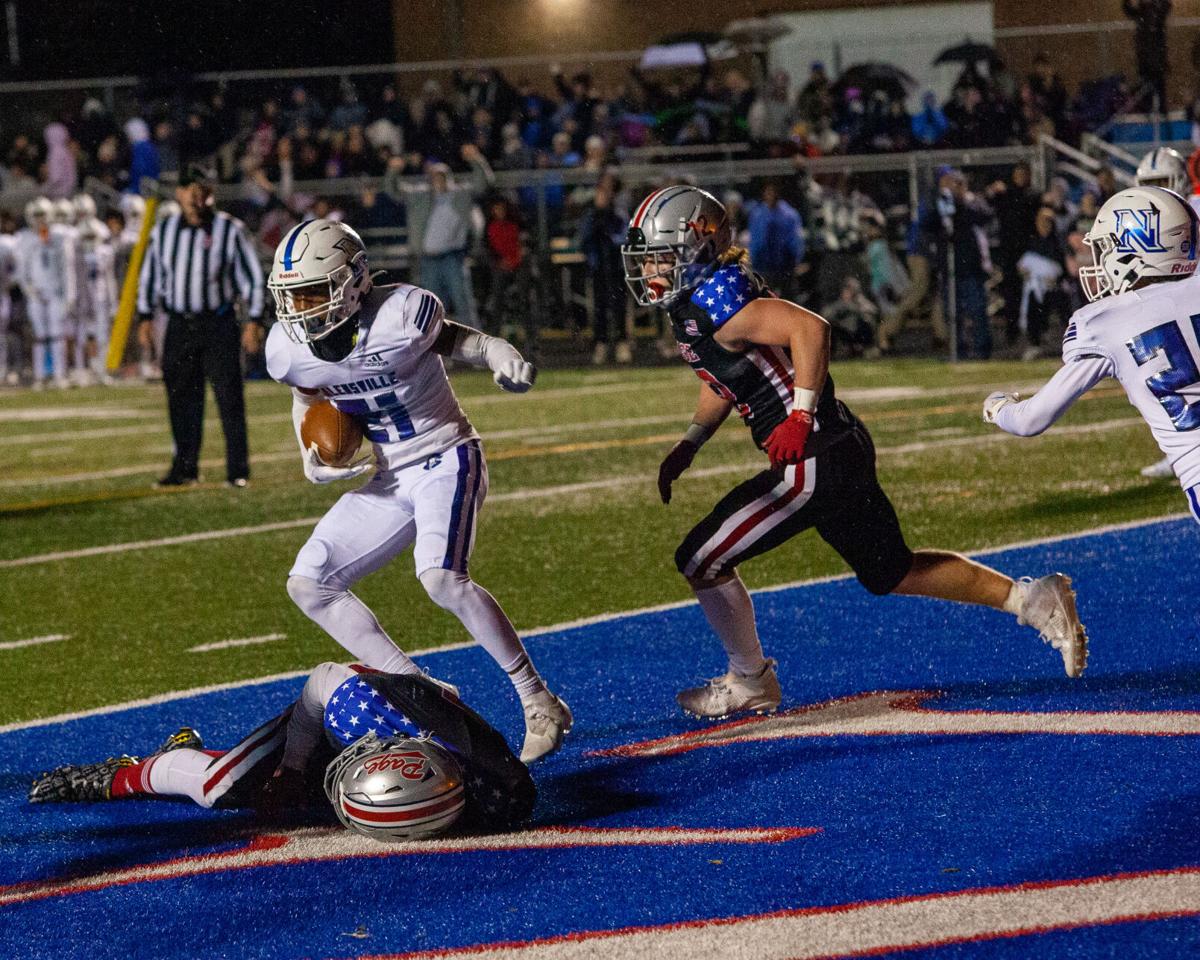 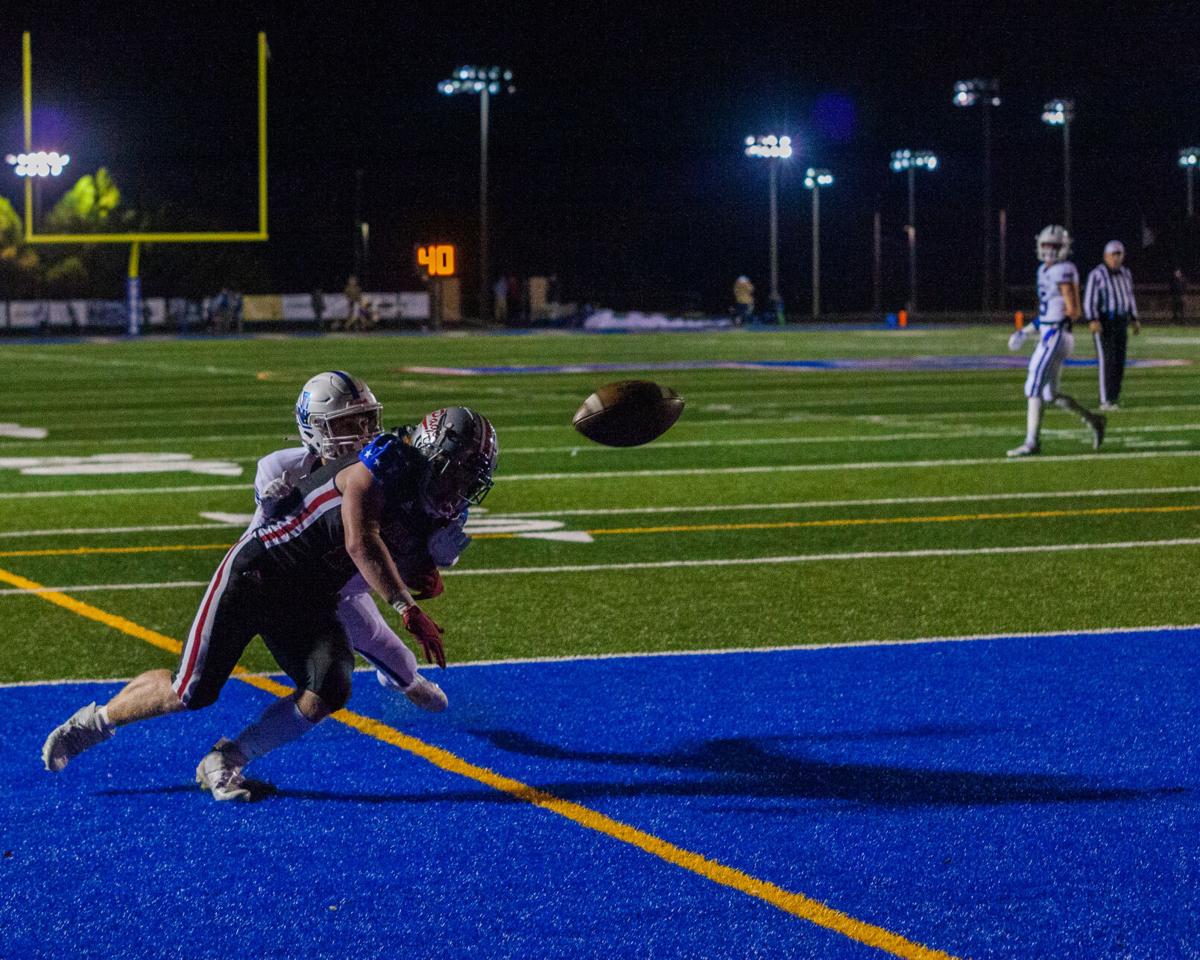 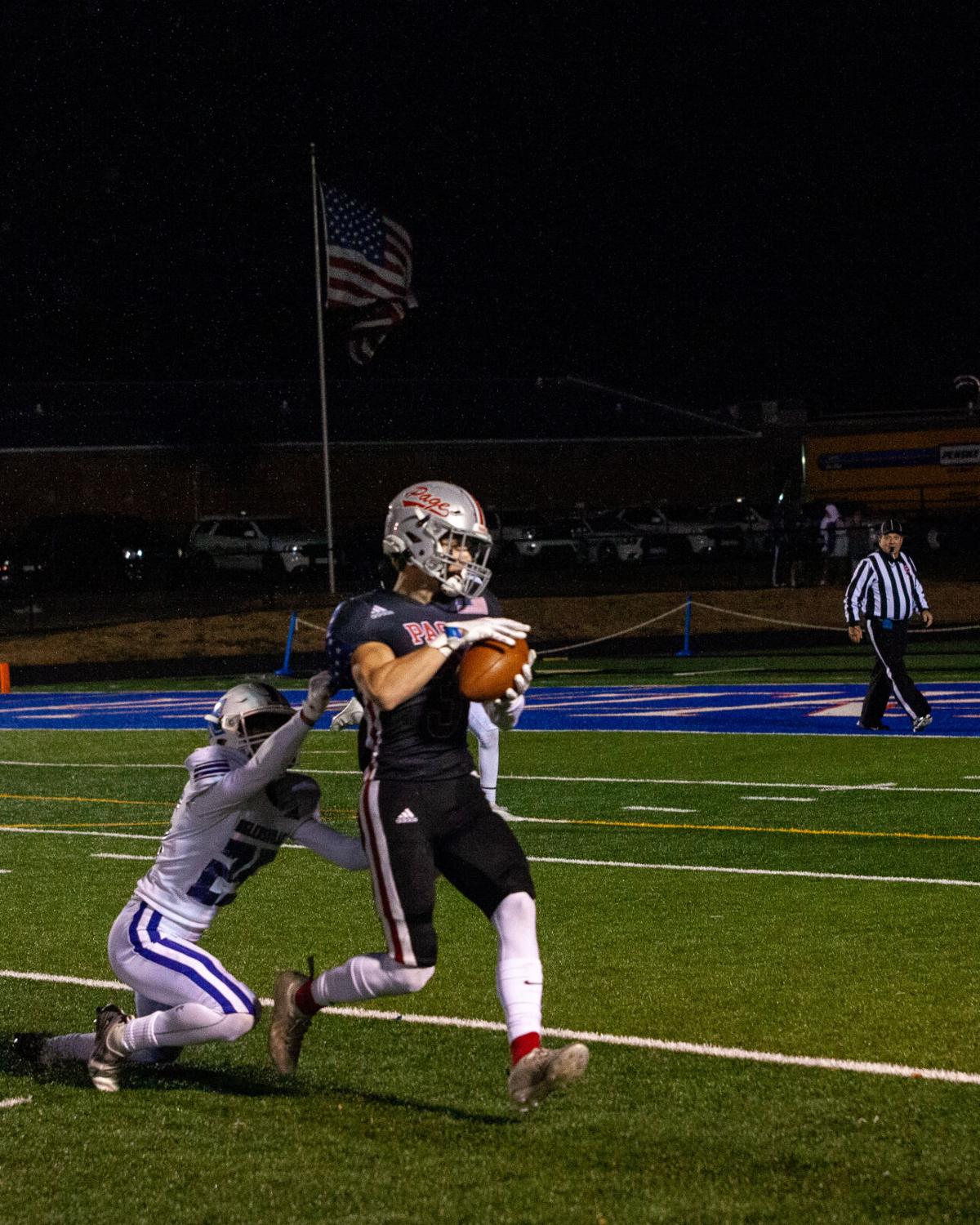 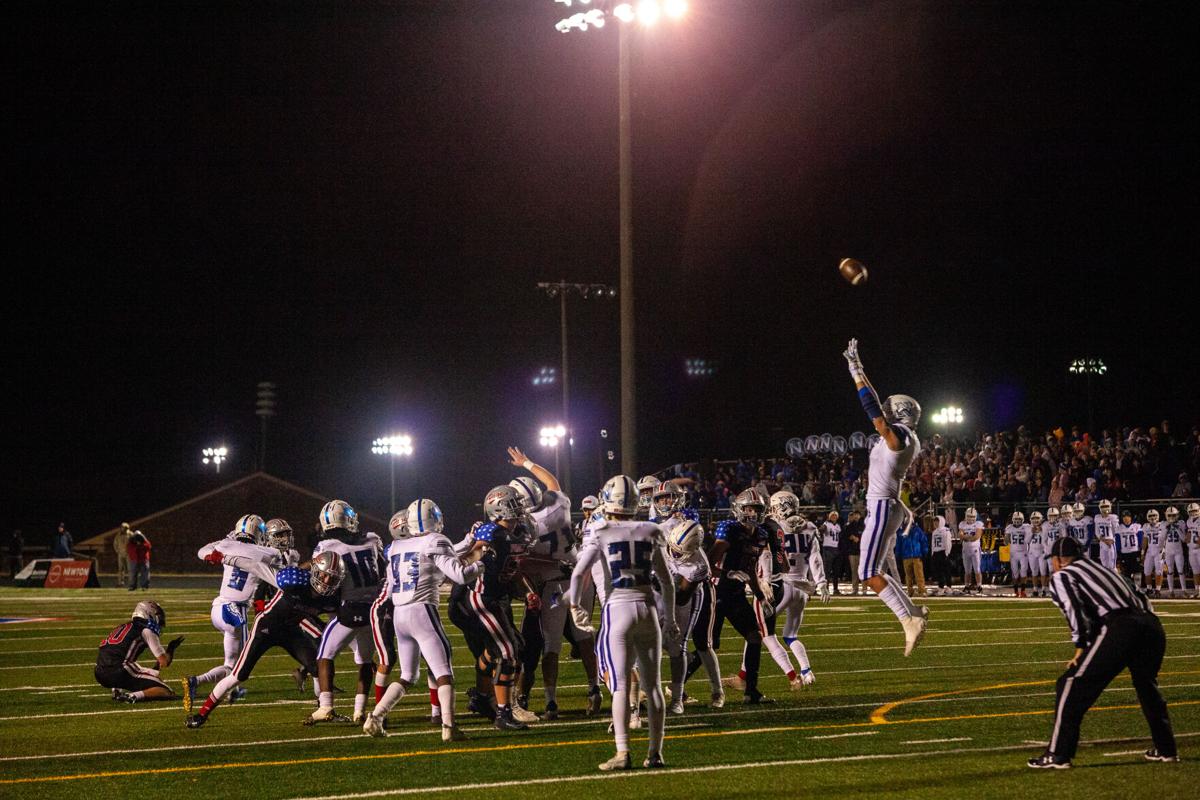 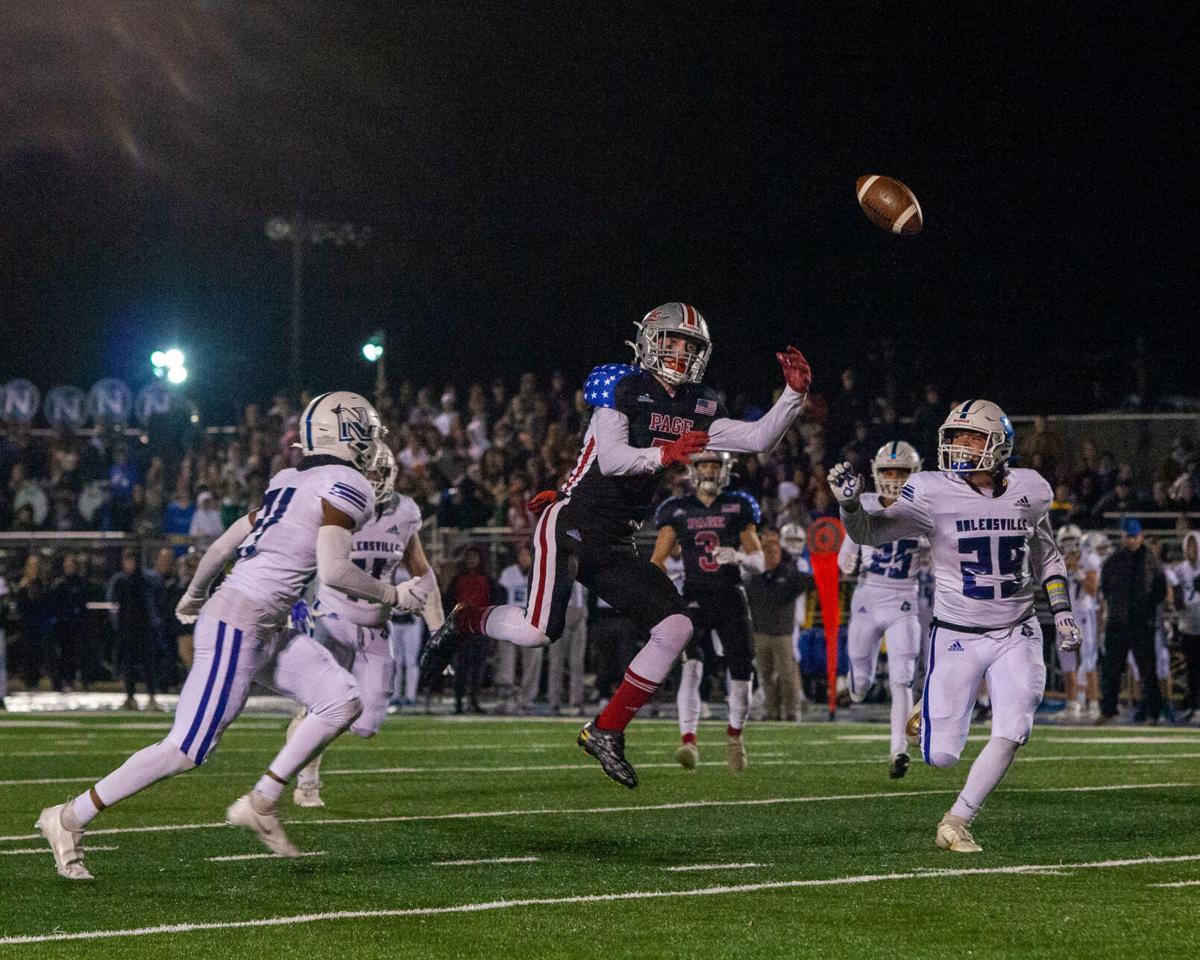 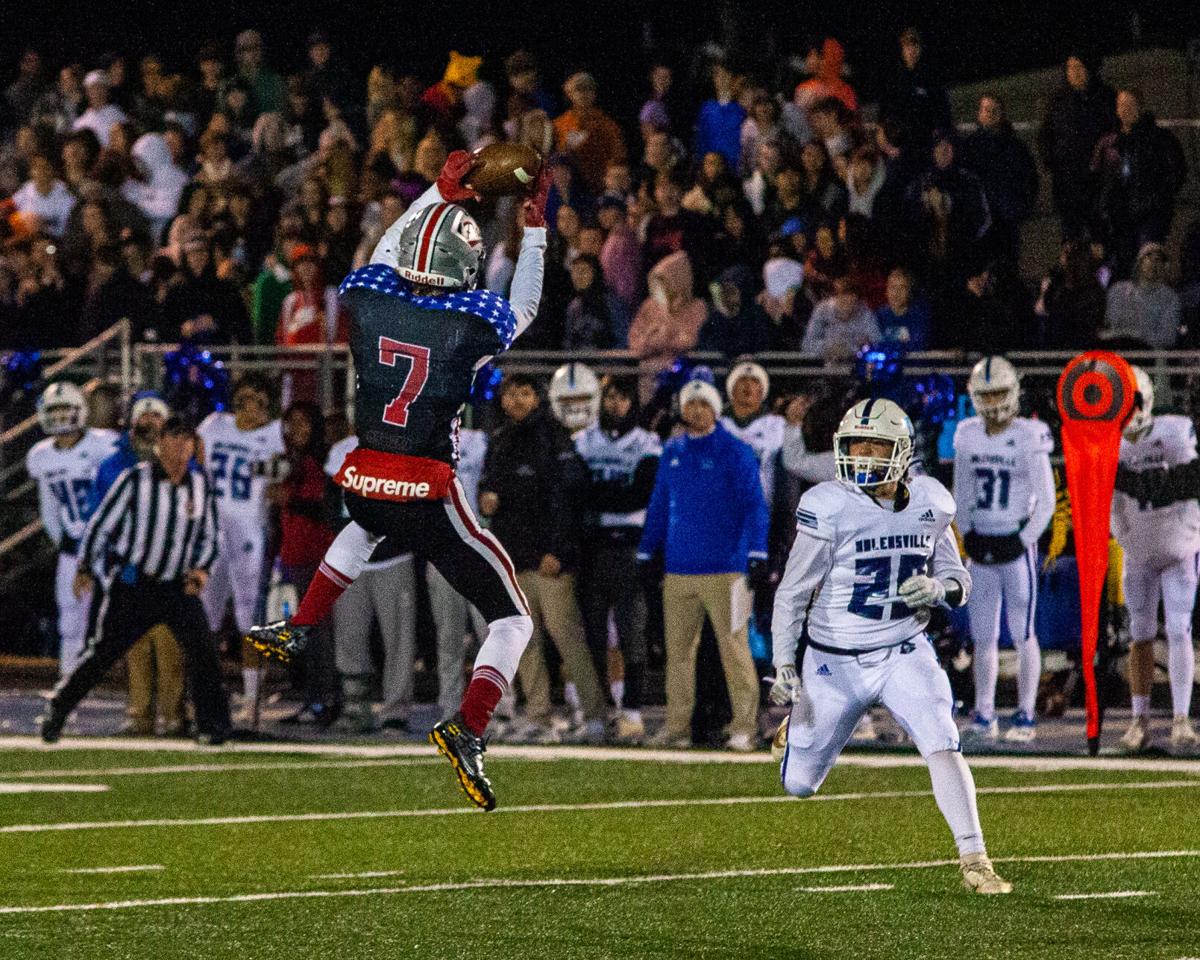 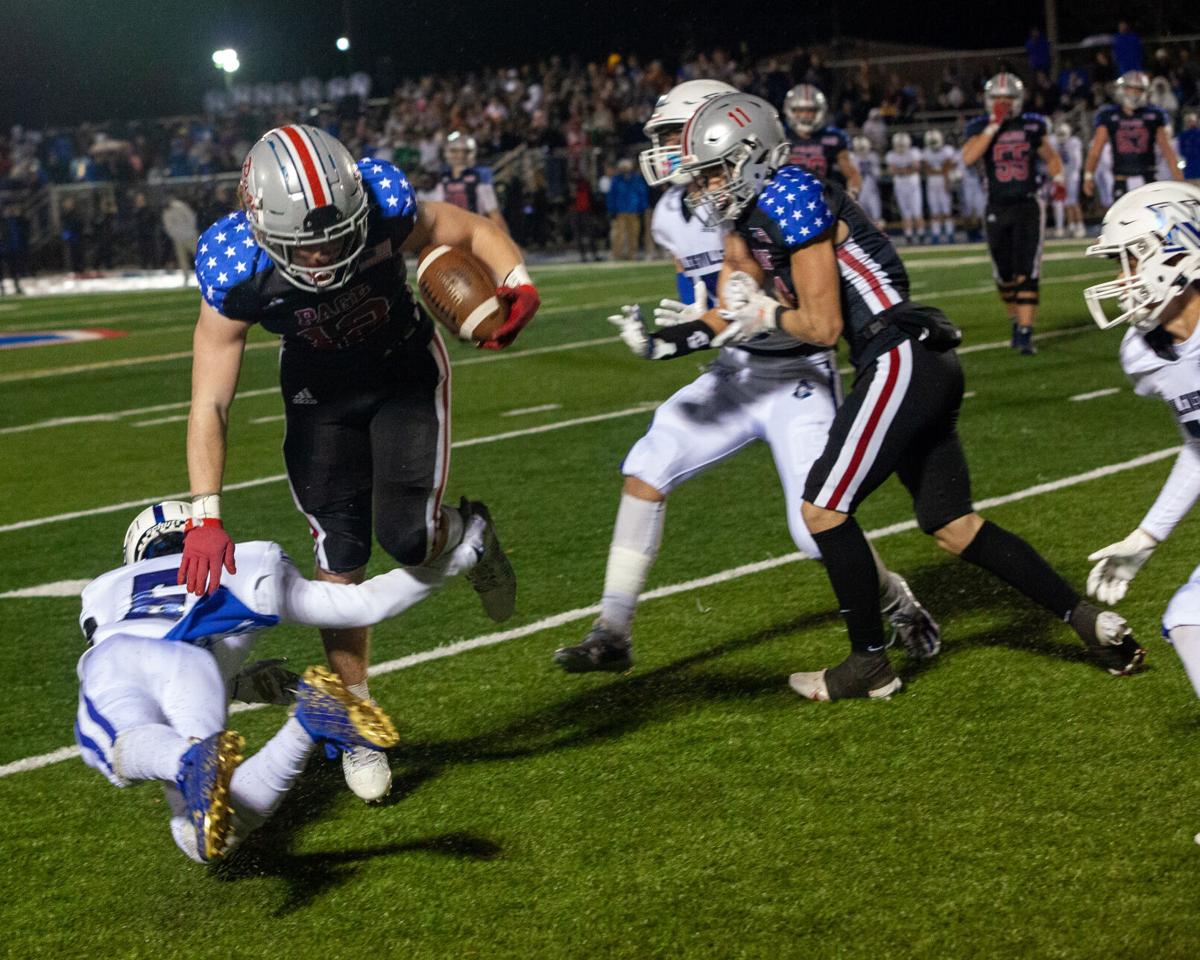 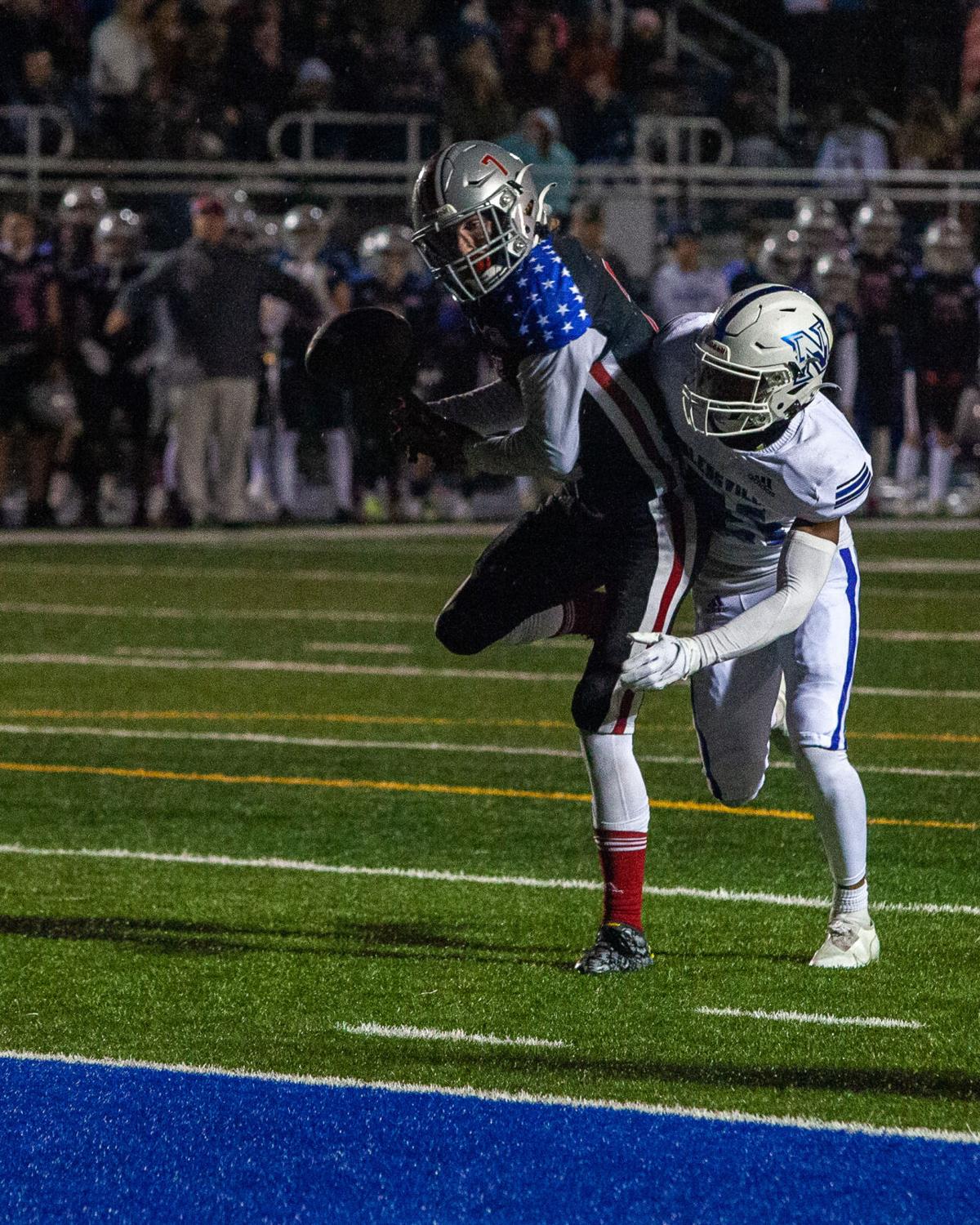 The Page High School Patriots withstood a fourth-quarter comeback bid to defeat the Nolensville High School Knights 20-15 and punch their ticket to the 5A quarterfinals Friday night.

After leading just 3-0 at halftime on a Dominick Quarantello field goal midway through the second quarter, the Patriots (11-1) used a 14-point third quarter to stretch the lead to 17-0 going into the final quarter.

Senior quarterback Jake McNamara scored on an 8-yard run with 7:25 left to play in the third quarter. Then later, after a turnover on downs by Nolensville, Page sophomore running back Ethan Cunningham scored on a 21-yard run with his 27 seconds remaining in the frame.

After a tough back-and-forth first half, the success in the third quarter Proof critical to the Patriot victory Friday night.

“We started running the ball a little bit and focusing on the run and trying to run it up to get a little bit, which we had quite a bit of success with," Page head coach Rathbone said. “Our defense got some good stops. Cason Walker made a big special teams play… McNamara kept the ball and ran quite a bit, so it kind of loosened it up a little bit and allowed everything else to kind of work a little bit better.”

Walker ran a punt back inside the Nolensville 30-yard line set up one of the scores. The running game really helped loosen things up. Cunningham finished with 18 rushes for 98 yards and a touchdown.

McNamara, who got sacked multiple times on the night, had just nine yards on 11 attempts, but had the one touchdown and was 19/37 for 167 yards through the air.

After the 14-point third quarter by Page, the Knights staged the feverish comeback attempt. Junior quarterback Coby Walton, who threw for 313 yards and six touchdowns last week, found Chance Fitzgerald for a touchdown make the score 17-6 Patriots with 9:39 left to play in the fourth quarter.

After a 25-yard field goal by Quarantello, Walton found Eric Harper for a touchdown to pull the Knights within seven points with just over four minutes remaining.

Page attempted to run out the clock, eventually conceding a safety with just two seconds left to play, which set up a failed last-second Hail Mary to end the game.

Rathbone said the comeback attempt came down to penalties and defensive mistakes and his team made in the fourth quarter.

Despite the loss, Nolensville head coach Paul Derrick appreciated the fight his team showed in this game and all season, especially after starting the season 1–5.

“They kept fighting,” Derrick said. “They believed all week they could go over there and win the football game… at the end of the night, we just ran out of time, but again I'm proud of our kid’s effort tonight, I'm proud of the way they kept fighting and believing, I just hate it for them that we came up short.”

Nolensville finished the season 5-7 after making the jump to 5A this season.