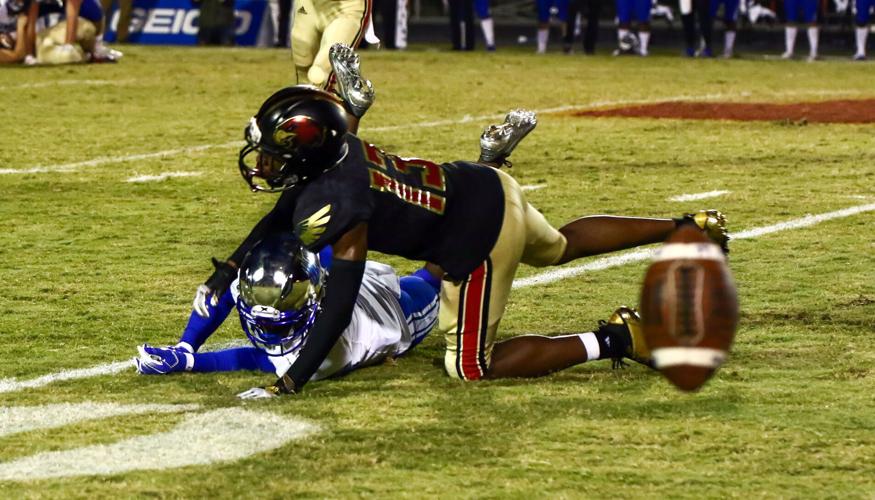 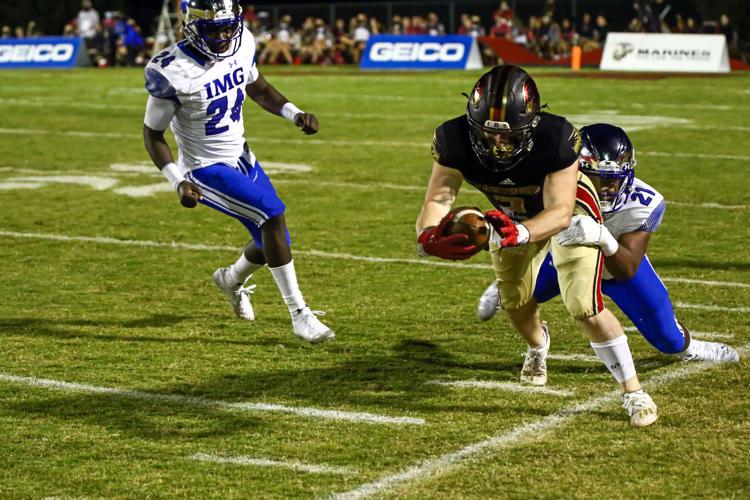 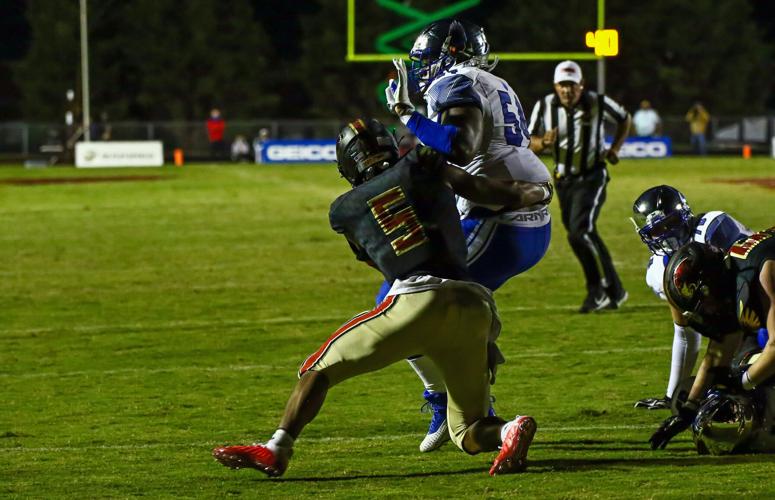 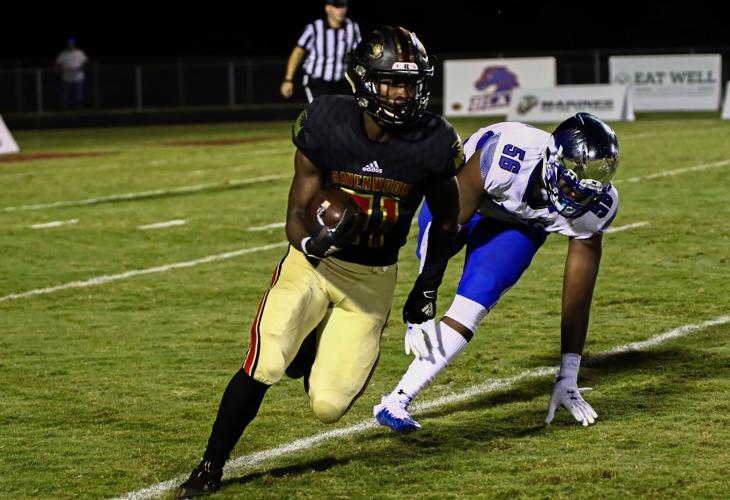 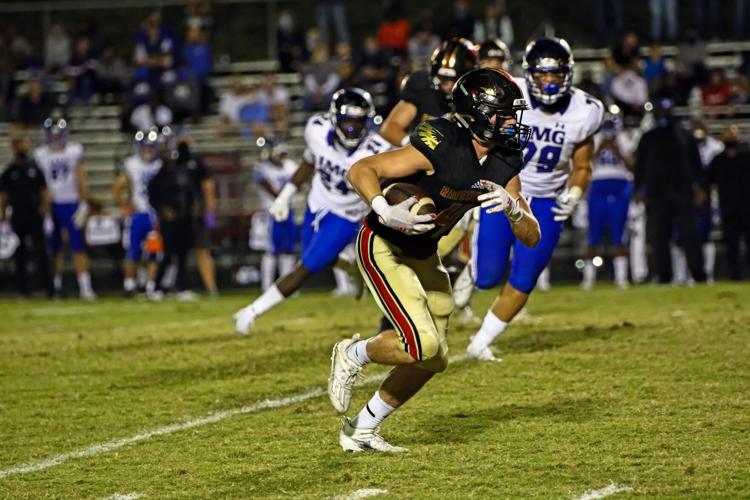 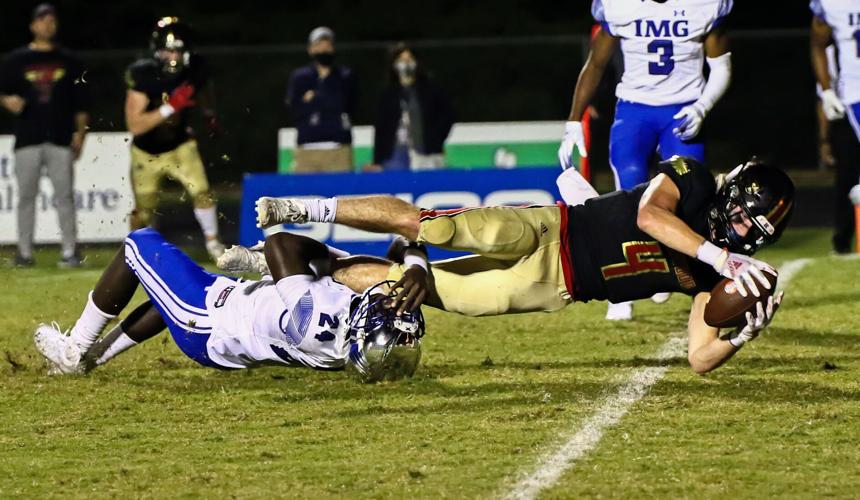 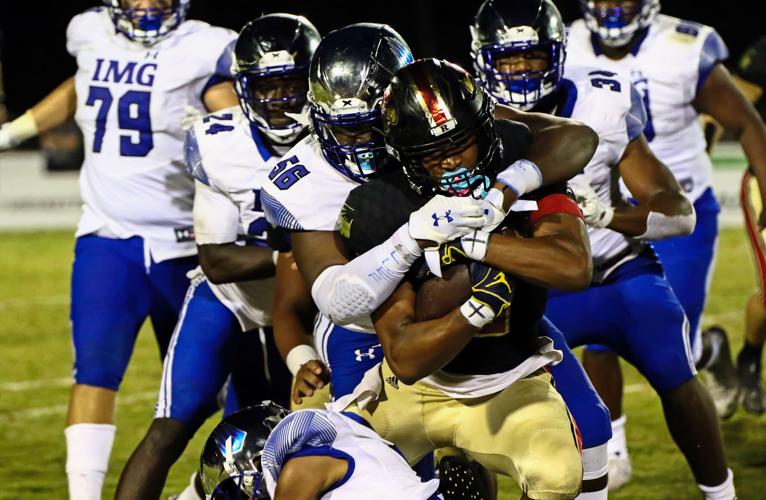 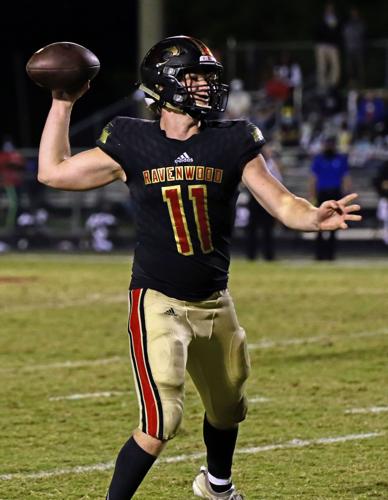 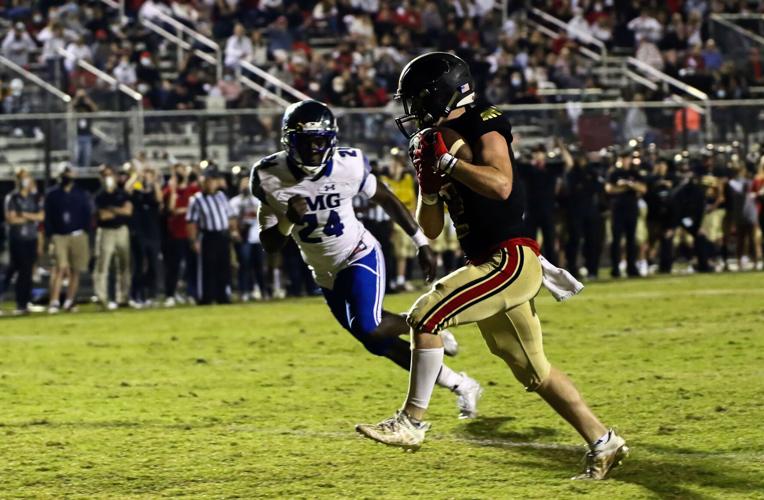 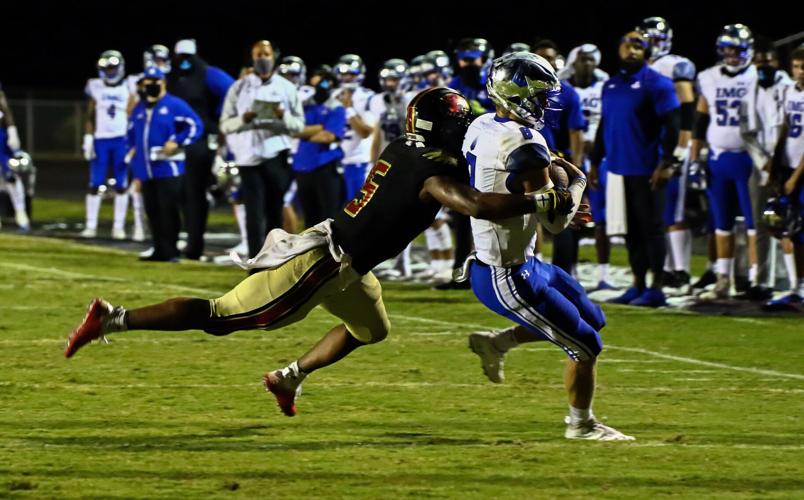 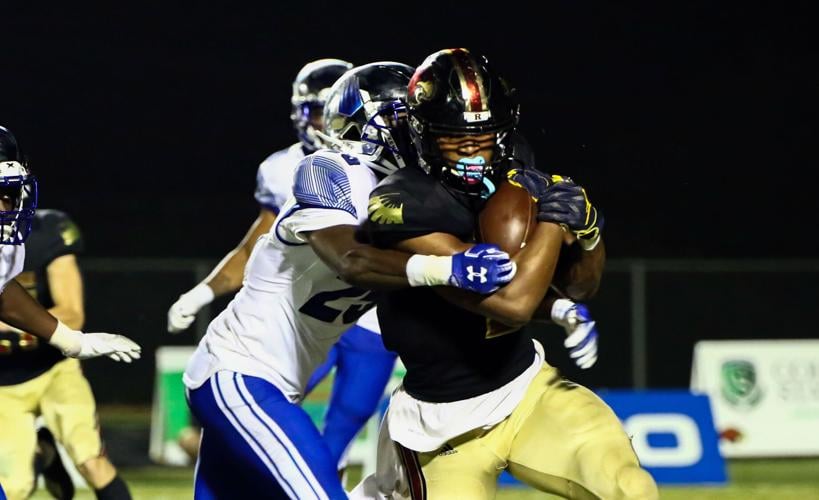 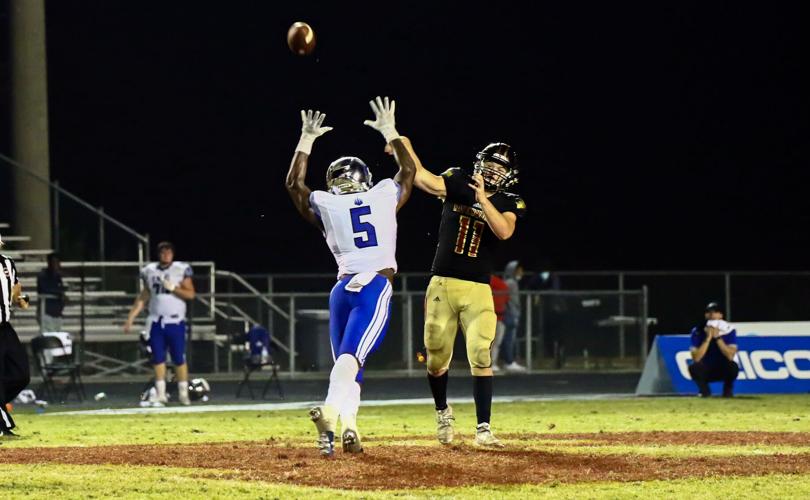 Although the scoreboard may not have reflected it, the Ravenwood Raptors gave nationally-ranked No. 1 IMG Academy all it could handle on Friday night in a 45-14 loss in Brentwood.

Head coach Matt Daniels was direct in his postgame message to his team – there are no consolation prizes. However, Daniels praised the Raptors’ effort, stating this game was a measuring stick for them for the rest of the season.

“People were worried we were going to get hurt, well, we played with those guys and we frustrated them enough that they had their starters in with two minutes left in the fourth quarter.”

After five weeks of starting Trevor Andrews under center, Ravenwood elected to start Jacob Stewart at QB and move Andrews out to wide receiver. But a few plays into Ravenwood’s first drive and Stewart was injured, forcing Andrews back to quarterback.

On his first drive, Andrews lost the ball on a pump fake as it was intercepted by Nick James for an IMG touchdown and 17-0 lead. However, Andrews rallied the Raptors and led them on a 12-play, 66-yard scoring drive – capped off with a 12-yard touchdown pass to Brendan Dickinson -- that pulled them to within a touchdown.

“Regardless of mistakes or turnovers, Trevor sticks with it,” Daniels said. “He’s a hard-nosed football player. That’s a guy you want on the field at all times and a guy that’s helping be a leader. So, when Jacob Stewart went down, Trevor answered the call. We knew he would.”

On the next drive, Ravenwood forced IMG to punt and got the ball back with one last rally before halftime. Andrews marched the Raptors down the field again on a 14-play drive that was highlighted by a 30-yard pass to Ross Johnston that put Ravenwood in IMG territory.

The Raptors got all the way down to the IMG 4-yard line and Andrews tried to punch it in but was stopped on the 2-yard line. He took a big hit and the referees missed a targeting call as one of the IMG defenders launched himself directly at Andrews’ head. But the senior seemed unphased.

“Trevor was taking those hits, and the defense was just like, ‘wow, he’s stepping up and not giving up,’” linebacker Junior Colson said. “He inspired the defense.”

The missed penalty would have given the Raptors a first-and-goal at the 1. And suddenly, what looked like it would be a 17-14 IMG lead at halftime ended up being a 17-7 deficit for Ravenwood.

“The fact that we were within one play at the end of the first half of being down just three points at halftime is phenomenal,” Daniels said. “It gave our kids some confidence. It was a great performance by our boys tonight.”

Terrell Foster punched in a 12-yard touchdown run for a 24-7 IMG lead out of halftime before Andrews hit Johnston again for a 9-yard score that pulled Ravenwood to within 24-14. Things got out of hand from there.

Georgia commit Lovasea’ Carroll scored on touchdown runs of 52 and 6 yards, followed by a 5-yard TD run from Kaytron Allen that led to the final 45-14 score.

The loss is the third in a row for Ravenwood after falling to Pulaski Academy and Brentwood the previous two weeks.

“We just have to clean it up and go on a run,” Daniels said. “We’ve played three really good football teams in a row and it’s going to prepare us for the stretch run…When you look at our schedule, I think there’s no question (we’ll be the most battle-tested team in the playoffs).

"That’s part of the reasons we (schedule out-of-state teams). I could care less about our regular-season record. We want to finish high in our region and get a good seed and go on our run. The last three years, we played our best football in November.”

Colson finished with eight tackles, a tackle for loss and two sacks on his future Michigan teammate J.J. McCarthy, IMG Academy’s four-star quarterback. IMG may have won the game, but Colson left with bragging rights.

“I had two sacks on him,” he said. “So, we commented that if I get two sacks on him, he has to buy me shades (sunglasses) and if he scores four touchdowns, I’ve got to buy him shades. So, I was kind of excited about the new shades I’m getting.”

Andrews finished with 200 yards passing, two touchdowns and four interceptions. Dickinson had eight grabs for 82 yards and a score, while Johnston added five receptions for 52 yards and a TD.